Brown Eyed Girls’s JeA is set to return as a solo artist with a remake of “You Are Different.”

JeA made her mark as a female ballad singer with singles “Bad Girl,” and “You O’Clock” in 2016, and she plans to continue to wow with this upcoming remake.

“You Are Different” was sung by Han Ye Seul and was an original soundtrack from MBC’s 2004 sitcom “Nonstop 4.” Composed and written by Yoon Jong Shin, the song is still loved to this day for its mellow melody, relatable lyrics, and Han Ye Seul’s melodious vocal tone.

He's apparently a special class soldier but I'm completely clueless what that means so if anyone knows what that means, please feel free to tell us what it is!! og oppa is back, which also has me back here. I missed you, omona~ EXID's new mini-album Eclipse debuted on Billboard's World Albums Chart at number 4! It's their first time being in the top 5. Previously, their first full album Street peaked at 9 last year and Ah Yeah peaked at 12 the year before. Eclipse was also the top-selling kpop album in the US this week. Congratulations, ladies!

sadly, night rather than day is underperforming on melon tho. WHY SK WHY Seulgi said to stay fit she does pilates and she wants a body + posture like Audrey Hepburn.

Join Minzy at Millenium Dance Academy to talk about making her new album and how she's grown since going solo.

Choyoon has apparently been on extended rest after an injury/illness, so whether she's returning to the group is up in the air really.

honestly this is a) a lesson in how to do a good low budget mv (i'm lookin @ u berry good) and b) really catchy!
also they legit have 14 members but the name actually stands for 'one for you'

Parodying the upcoming presidential election in Korea, which will be on May 9, Ji Chang Wook gave a speech in front of the public and promoted his new drama, saying, “Your views will change the drama. This romantic comedy, airing on May 10, will make thousands of hearts flutter. The history of Korea will change soon and the new drama ‘Suspicious Partner’ will also begin.”

I'm hoping the drama is in the same vein of these teasers because I'm digging them. Of the 7(!!) premiering dramas in May I want to watch, I'm looking forward to this one the most.

omg i love the styling and the choreo is so cute

Let Me Love You and Hey Bae also have MVs that came out a while ago. 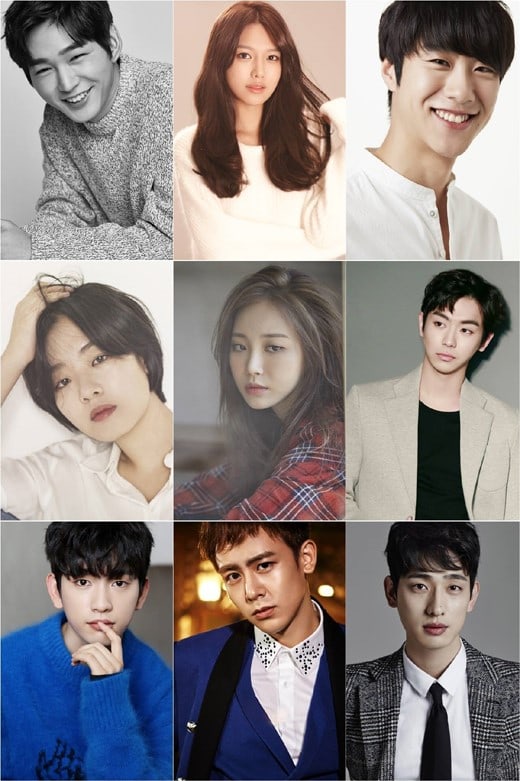 The entire line-up of stars confirmed for JTBC’s upcoming web-dramas has been announced!

Starting July 31, JTBC will be airing a series of web-dramas that each have a certain theme. The first web-drama will be called “A Person You Could Know”, which is about a person that unlocks an ex-lover’s phone and reminisces about love. Girls’ Generation’s Sooyoung, Lee Won Geun, and Shim Hee Sup will be starring as leads.

The second drama has a hip-hop theme and is called “Hip-Hop Teacher”. It’s about a elementary music teacher who is bored of life and creates a hip-hop project for fun. Actress Lee Joo Young, Girl’s Day’s Yura, and An Woo Yeon have been cast as the main characters.

The third drama is called “Somehow 18”. A man who was an outsider during his school days travels back in time to when he was 18 years old and tries to save his first love from death. Although it sounds heavy, it’s actually a romantic comedy that is expected to provide entertainment for viewers.

The fourth project is a fantasy drama titled “Magic School”. It centers on four students who enter a school of magic due to different reasons. GOT7’s Jinyoung, 2PM’s Nichkhun, and Yoon Park will be starring as leads.

according to their baidu fancafe the sales are currently at 17,621

for the record, it took LABOUM more than a MONTH to sell 3,333 copies of their last mini album which was on Gaon meaning it included international sales. 17,621 copies of Miss This Kiss is on Hanteo alone

IM SCREAMING
THEY WILL SELL 20K IN LESS THAN A WEEK JTBC's new spy drama "Man to Man" may be pressured by the positive performance of its predecessor "Strong Woman Do Bong Soon" in terms of ratings. But it has the very rare opportunity to penetrate a global market as it becomes the first Korean drama be broadcast simultaneously by the streaming giant Netflix.

According to a report by Variety, Netflix has acquired exclusive rights to broadcast the Korean spy drama topbilled by "Cheese in the Trap" star Park Hae Jin and "East of Eden" actor Park Sung Woong who will play a secret agent and a popular actor. "Man to Man" will revolve around Hae Jin's character Kim Sul Woo as he goes undercover to work as a bodyguard to Sung Woong's character Yeo Woon Gwang who sees him as an unnecessary inconvenience.

have you used netflix to watch any korean dramas omona? Previously, Hyukoh teased their title track TOMBOY. Their new album '23' is set to be released on April 24th at 6PM KST. The group also announced to be holding a concert on June 3rd at the Olympic Hall. 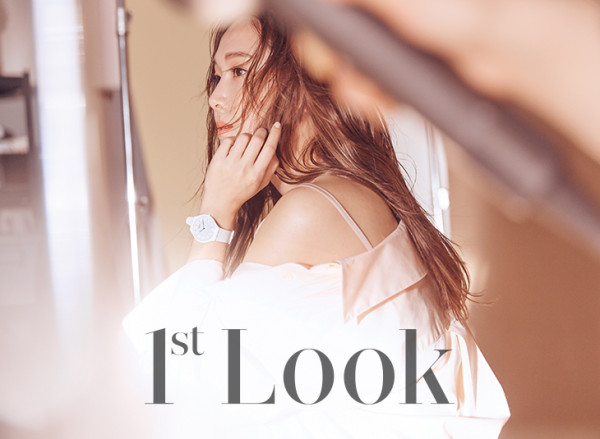 Mods, for whatever reason I was not able to access the main page of "1st Look" so I had to credit like this. I hope it's okay?!

Follow-up to this post about the blackface skit on SBS's gag program, 'People Looking for Laughter'

In this ‘People Looking for Laughter’ Hong Hyun Hee dressed up in blackface.. Really pathetic!
How long will [you] keep doing this unspeakable thing?
Is it funny to mock a race?
I am ashamed to have been a gag show comedian!

Source: Sam Hammington's FB, NaverTV + my translations (I included the original comments in case anyone had any corrections)

I hope this is helpful for anyone curious about Korean netizen opinions (not many so far). Out of 23 comments, these seemed to express a negative reaction (while the rest commented on an actor or some other unrelated aspect of the skit). Also 👏🏿👏🏿👏🏿 to the two black commenters who wrote out those long reads!

And Yes I Will Be Dropping A K Pop Single In The Next 4 Months.

omona, will you be supporting jaden as a kpop idol? MC: if they feel that lonely then... don't they date?
Hyeri: they do
Hyeri: we can see everything

eunwoo and kyulkyung's surprised faces when it started lmao. this actually sounds and looks 2x speed. i've read comments saying that the weekly idol 2x speed is more like 1.5?

Hello fellow Omona drama fans! As one of the more frequent users of the drama tag, I obviously care a lot about casting news, drama synopses, teasers and more. Most of the things in this post aren't necessarily big enough news for their own post so I thought I'd consolidate into one big post. My intention is to make this a fairly regular (once or twice a month) post, we'll see if that ends up happening.

I obviously am procrastinating at work today! Fingers crossed all the formatting works out. There's a whole lot of dramas that I'm interested in premiering in May so hopefully we'll be getting more trailers etc soon!

[TICKETING] Information about the new DIAMOND tickets and PLATINUM tickets for #KCON17NY pic.twitter.com/qmr4Pm9hI7

did they forget that most people going will be teenagers and univeristy students??? 1.5k??? LOL might as well fly to korea to see your favs. also saw comments how prices are more expensive than last year for the same stuff

they also just announced highlight and sf9 will be going

LMAO @ Eunice being dressed as a minion in the tug of war game (yes, a 25 year old is obsessed with minions and collects everything with minions)

14U (One For You) are a 14 member boy group under BG Entertainment. They were first announced in September 2016, when an official Instgram and Twitter were set up and began posting teaser photos for 10 of the members. After two weeks, all the photos were deleted and the accounts went silent. In October, they began posting photos again, this time with the member's faces hidden, and finally began revealing their faces on Christmas day. The 14th member was kept hidden for much longer, his profile was released two months later on February 14th.

14U debuted in Korea on April 17th with "Very Very Very", despite their previous statement that it would be in July. Prior to their debut, they promoted briefly in Japan.

If you thought you couldn't love Dreamcatcher any more than you already do, think again.

The girls danced a bit of the chorus of Good Night at 3x speed, queens.

Source: ARIRANG K-POP
I didn't even know there were going to be in this, I was just browsing the internet and had my tv on arirang as I always do even if I don't even watch tv..
I just leave it on in that channel and bam, Dreamcatcher live on ASC. lol
tag for dreamcatcher, please?

the tracklist for jonghyun's upcoming album, the collection [story op. 2], has been released! the album is confirmed to include ten songs in total, including a bonus track that will only be released on the physical copy. of the ten songs: half are new releases ("lonely", "blinking game", "let me out", "fireplace", "where are you") while the remaining half are all linked to blue night radio with the exception of one, "elevator", which was released for monthly live connection in 2015. the entire album is self-arranged, composed and written and made to match "the four seasons with seasonal emotion felt through music".. the bonus track on the physical album, "바퀴 (where are you)", is rumored to possibly be the infamous cockroach song that he sang a snippet of on sketchbook back in 2015. (which you can listen to here.)

along with the above: rather than getting a teaser yesterday it was confirmed that jonghyun will be holding another solo concert series through the agit. the concerts, which are titled the letter, will be his second through the series (following his first in 2015, the story by jonghyun) and third solo concert series in total. he will be holding twelve concerts in total between may 26th - june 10th. these twelve concerts will being up to having had thirty five solo concerts in full since december 2015. ticketing will take place on april 27th.

I LOVE SO MANY THINGS ABOUT THIS!! THE CHOREO!! THE OUTFITS! THE SONG! TAEYANG'S GLITTERED HAIR! THE JACKET MOVES!! THE FANCHANTS!! AAAHHH!! Watch Out is such a fun performance too!

Updated to add the Watch Out Fancam :)

This was released in January but I didn't see it posted here. 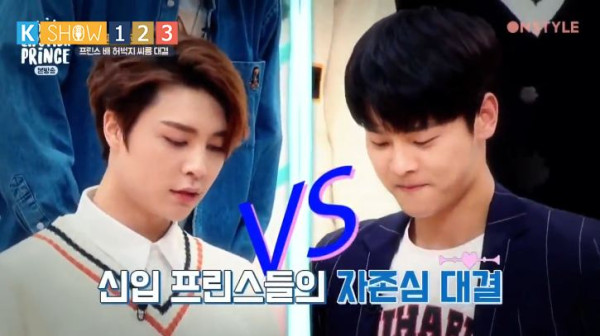 Click on the image or here to watch the episode. You can also watch on Google Drive.

Today's Princesses are Sowon and Yerin of GFriend. Yay! All Princes are present today and so they initiate Princes by having the "Thighs Challenge" its so funny!

Interesting that they made Hyeri the main vocal tho. Thoughts?!

is he slowly coming out of the basement since girlfriend did so well? but never getting a real comeback 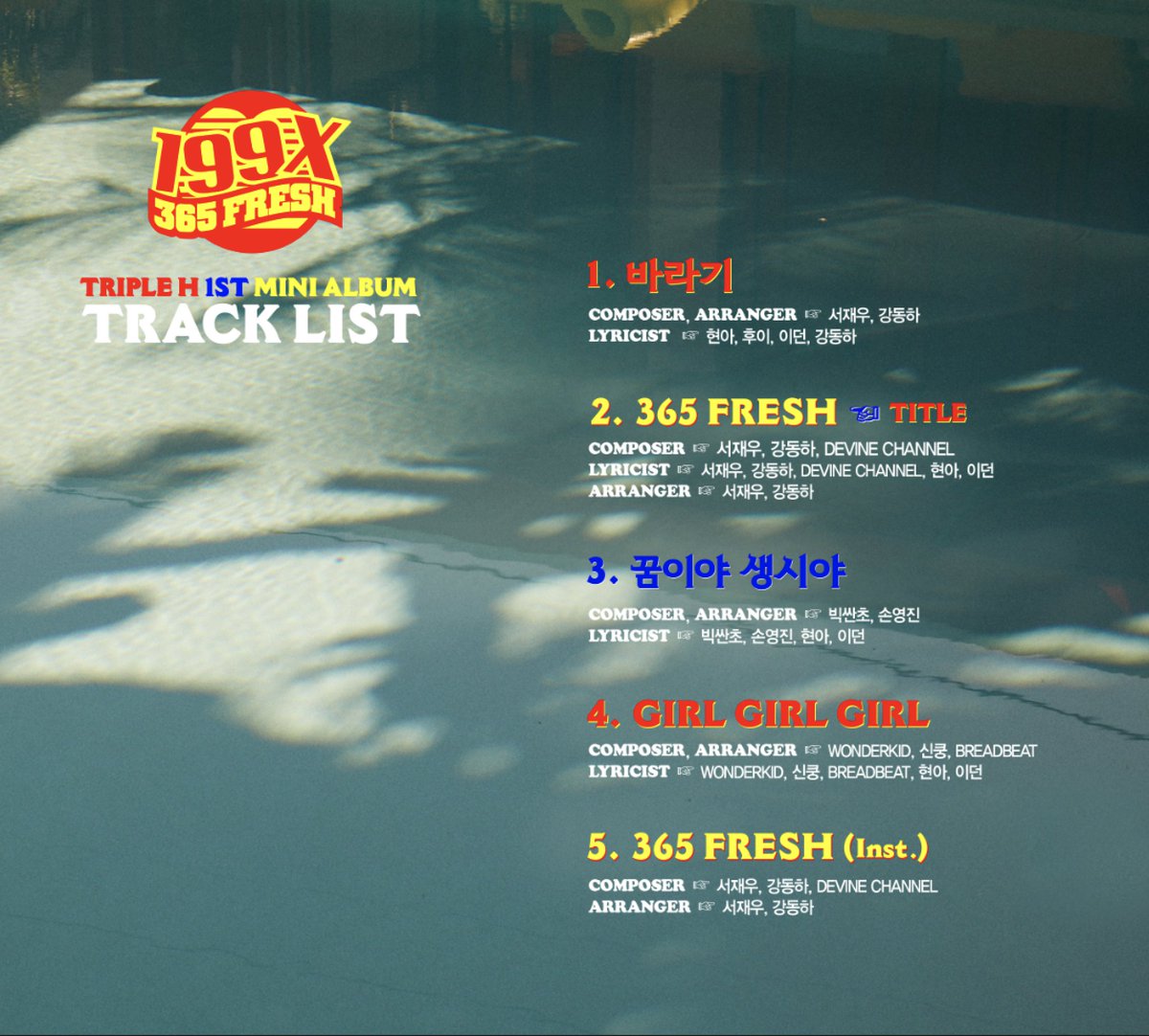 There are no new MCs announced for the show yet. Key recommended a rotation system with the Seventeen members haha.

Congratulations are in order!