Who are your favorite underrated trainees?

Which trainees stood out to you? Favorite fancams? In a recent interview, actress Park Bo Young confessed that she has had her eye on “Strong Woman Do Bong Soon” co-star Park Hyung Sik since his early idol days.

“I’ve been watching Park Hyung Sik since his ZE:A days. I know all of their title songs and even got tested on their songs by Park Hyung Sik,” she said with a laugh, “We would even play ZE:A songs on set and Hyung Sik would dance the choreography to their songs.” 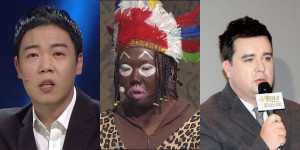 Comedian Hwang Hyun Hee, who is best known to me as a drunk driver who ran a red light and rammed into a taxi, recently called out Sam Hammington. Why? Because Hammington blasted the racist ‘People Looking For Laughter‘ skit, that SBS apologized for (sorta), so Hwang defended it using probably the dumbest logic possible.

"In this ‘People Looking for Laughter’ Hong Hyun Hee dressed up in blackface.. Really pathetic!
How long will [you] keep doing this unspeakable thing?
Is it funny to mock a race?
I am ashamed to have been a gag show comedian!"

In case anyone was wondering why black people continue to be the butt of jokes in Korea...

i luv them so much. Taeyang is the only one really taking this seriously, while everyone else is climbing Rowoon like a tree or dragging Inseong on the floor. lol

The first teaser is out for KBS’s upcoming rom-com Fight My Way. Park Seo-joon and Kim Ji-won star as lifelong friends who specialize in tormenting each other. The coming-of-age drama is about young adults with third-rate specs just struggling to survive, and the blossoming romance between two immature friends whose childish dynamic hasn’t changed despite reaching adulthood. They tease each other relentlessly, but are also the first to defend their best friend against anyone else.

Park Seo-joon’s character is an aspiring Taekwondo athlete described as a teenager in the body of a man, and Kim Ji-won plays an aspiring news announcer with no filter and a sassy attitude. Ahn Jae-hong and Song Ha-yoon co-star as a couple of six years who’re friends with the leads.

The fight begins in May following Perfect Wife on Mondays and Tuesdays.

I love the friends to lovers trope if it's done right and I like both leads, so my fingers are crossed that this is good.

On April 25, artist CL showed her support for Gong Minzy with a post on her personal Instagram of a photo of her former group member.

The accompanying caption said, “Congratz [to Minzy] on your EP proud of you chasing your dreams,” showing off her respect and admiration for Gong Minzy. 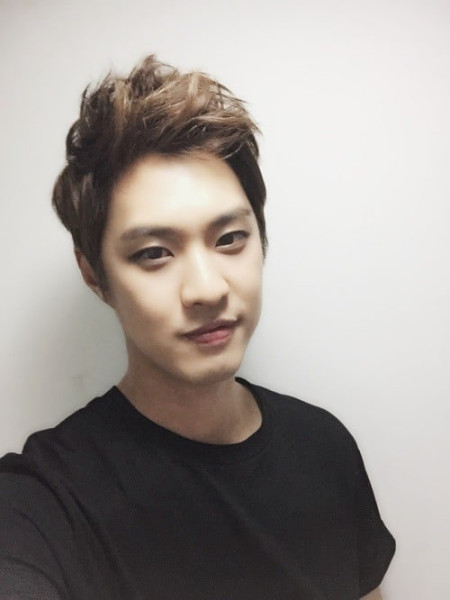 MBLAQ’s leader Seungho signed an exclusive contract with Will Entertainment.

Regarding the new addition to their agency, Will Entertainment stated, “We will fully support him as a companion in beginning his career as an actor. As much as it was his dream originally, he has a genuine and serious attitude about acting. Please show him lots of love and support so that he can build a strong filmography from now on.”

Debuting as MBLAQ in 2009, Seungho made his first attempt at acting through musical “Gwanghwamun Love Song” in Japan in 2012. After continuing to star in musicals “Moonlight” and “Singing in the Rain” in 2014, he made his big screen debut through “Rock N Roll Grandpa” in 2016.

At Will Entertainment, Seungho will not only act, but also release music and actively promote himself in various ways. Thanks to fans' wishes, maknae line gets to boss around oppa line during Yaja Time (talk informally/age reversal time)

The girls get momzoned, J.Seph talks about his time staying in Australia, they share songs they're listening to, etc.

Random info of the day: What is the connection between KARD, NCT and SF9? Cha Joo Hyuk has been charged with possession and use of both ecstasy and marijuana.

He left the group in 2011 and changed his stage name to Cha Joo Hyuk to pursue an acting career after being accused of raping a woman before he debuted.

Recently, the prosecution filed an indictment against Cha Joo Hyuk for purchasing and using drugs including ecstasy and marijuana.

How did Chanyeol meet this pos? If it weren't for his wealthy family, he'd be sitting behind bars. 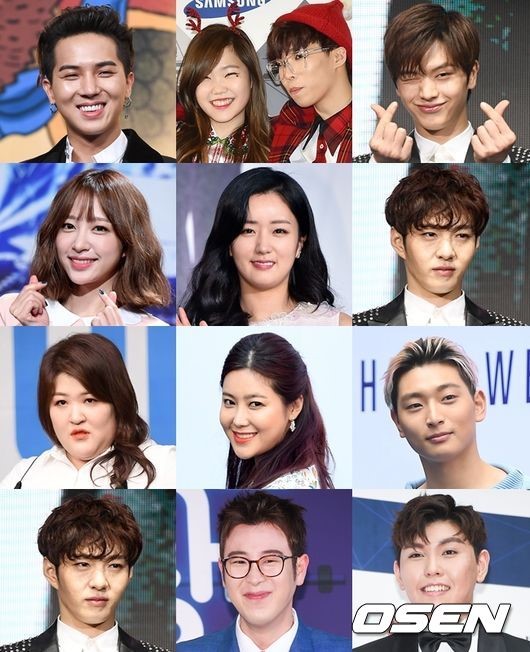 Source: Naver (+ summarized by me)

Not exactly sure if this will be a fixed or rotating cast based on what's described but man, what a dream team

This is the first time I pay attention to a drama before it begins but omg do they usually get these many teasers? It's probably my last post about it till it airs lol cuz it feels like it gets new teasers too often.

The makers of “Producer 101 Season 2” are in the midst of discussing a possible “concert team” for the show, which is different than the layout of the first season, where only the top 11 were picked as a team.

On April 25, a representative from Mnet stated, “The ‘Produce 101 Season 2’ producers are currently having discussions about picking members for a separate concert team.” The representative also informed news sources that there hasn’t been a final decision regarding holding a concert yet, and if the concert does happen, there are still various logistical issues to figure out before confirming the news.

If the show does end up forming a concert team, it will have different members than the top 11 idol team. They would not debut as an idol group, but would instead participate in concerts to add more flair to the show.

Girls’ Generation’s Sooyoung was spotted on a date with Jung Kyung Ho, her boyfriend of five years.

The fashionable couple was seen holding hands while strolling down the street. They didn’t seem to mind if people saw and recognized them or not, and acted the way a normal couple would.

A representative from Jung Kyung Ho’s agency recently informed the public that the two are still together. “Although they are both busy, it seems like they are regularly finding time to meet and go on dates. The company doesn’t interfere in this area as we respect the personal lives of our actors,” said the representative.

The couple went public with their relationship back in January 2014.

i'm so here for dance practices in regular clothes! i'm excited to see how many other versions they'll be releasing 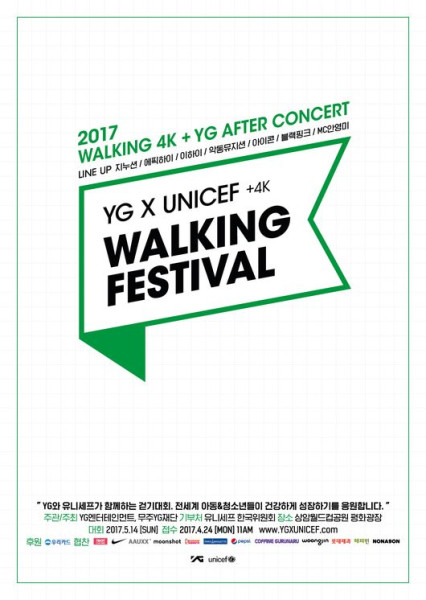 Yay for Blackpink, but where is Winner???

BoA is set to release her single 'Spring Rain' on Friday, May 28th at 6PM KST, while Onew's station featuring Rocoberry will be released next Friday on June 5th. 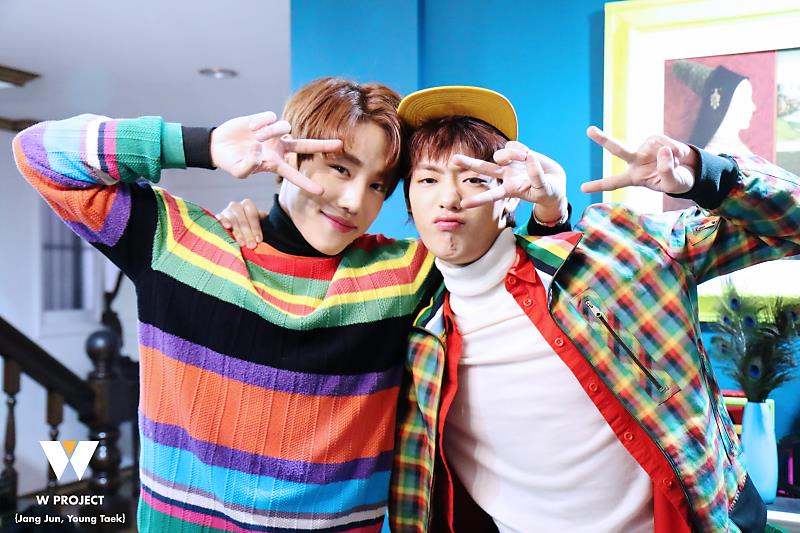 Woollim Boys will be having a reality show called “Woollim’s Pick” which will be aired through Mnet in July. Infinite’s Sungyeol will be making a special appearance. 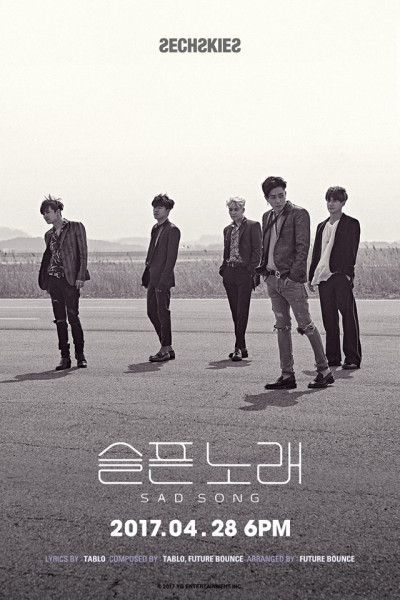 SECHSKIES has dropped teasers for their new album "THE 20TH ANNIVERSARY".
The group is to release their new album on 28th April at 6 pm (KST).
Their new songs are "SAD SONG” and “BE WELL” and especially "SAD SONG" was known to be composed by Tablo and Future Bounce.
( Collapse )
Source:
SECHSKIES Teasers - Official SECHSKIES Facebook
"Trainspotting" Scenes - Collider, WOW24/7, Spotern
Collapse