Hello lovely omonians, it your favourite mod team reporting for duty, this time bringing you...

Got a burning question for us regarding the community or a suggestion you think might improve everyone's experience here? This is the place to drop it and see what we can do about it. There's no question too small, so let's get some discussions going.

Some other posts that might help you out:
• Brush over our community rules
• All of OMONA's posting guidelines
• Sites you should source from
• Style your posts! A brief guide for basic HTML

And with that, thanks to everyone for caring about our community and making it a fun place to hang-out!

well this feels really fast, it's next week already... i was so sure we'd get an nflying comeback before these guys debut. rip nflying :(

Edit: I've included a couple of their performances for fun

yeah. high in demand is one way to put it. tl;dr: the original run of concerts was set at twelve between may 26th - june 10th. all tickets sold out within three minutes of them going on sale on top of his global packages all selling out within the week they went for sale. sm announced that eight more shows were going to be added on yesterday (as can be seen above) which brings the total for the concert series to twenty. this makes it the longest running agit concert series so far - breaking the record that jonghyun had held before with the seventeen concerts he held for his first series, the story by jonghyun, between october and december of 2015. this brings his grand total of solo concerts so far (including those from his concerts last december) to forty two.

Roy's 1st mini album, which appears to be self-titled, will be released on May 16.

( *click* to be redirected to the vid! )
woosung (in the pink jacket) & sangho (with the blue hair) are so good in this! their footwork is really good too, i love them, my underappreciated dancing princes
SOURCE: @definitelythis; @snuperofficial

The Red Carpet is the time for celebrities to shine, showing off their good looks and "who" they are wearing.
While most stars look dazzling, some fail horribly, be it due to hilarious flubs, poor taste, or going by the saying "all publicity is good publicity." Let's take a look at times Korean Actresses strutted their stuff wearing God knows what.
( Collapse )
Sources:
dramafever 1, 2, blog.asiantown, popseoul via omona, MediaVop.
Photo credits go to Newsen, dispatch 1, sportsseoul 1, etoday, and starnewskorea.

Lawd Have mercy I personally think Korean red carpets are so bad. Discuss the worst looks you've seen amongst actresses on the red carpet! Should I do an actor's list too? 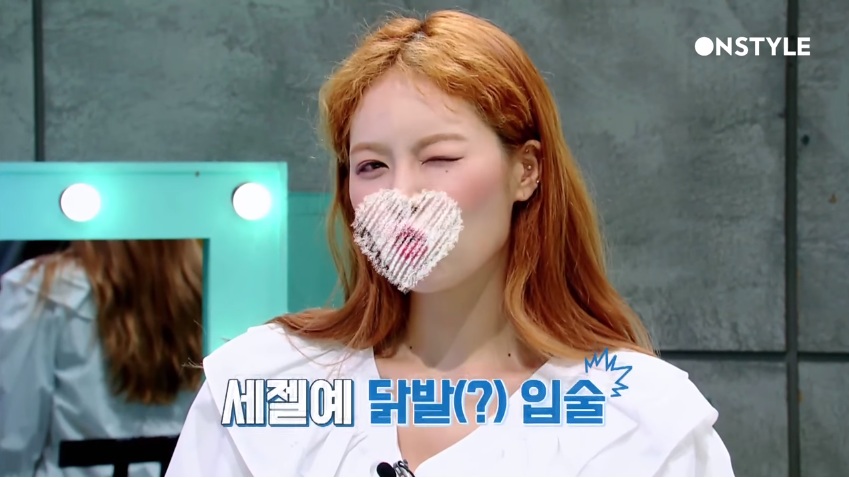 Glad to see another subbed episode of Lipstick Prince. This episode's princess is Hyuna! Pentagon's Hui and E'Dawn are guest princes. 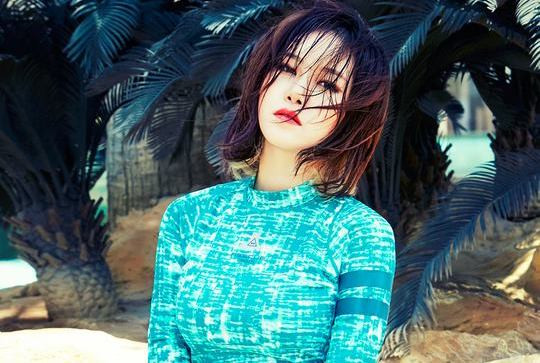 FIESTAR’s Yezi is set to make her return as a solo rapper.

On May 11, FAVE Entertainment confirmed the reports of Yezi’s return and added, “Yezi is currently preparing for a May comeback. Preparations have come quite far along, and she finished filming her music video on May 10.”

They also added, “Her comeback will be in the form of a digital single album, and the release date has not been confirmed yet.”

Yezi broke negative stereotypes about idol rappers and was recognized for her talent when she appeared on Mnet’s “Unpretty Rapstar.” Her song “Crazy Dog” became a big hit in the music scene, and she went on to prove her skills as a producer in JTBC’s “Nation of Hip-Hop 2.”

Mijoo teaching them her ways! JTBC’s “Age of Youth” is gearing up to return with news of the second season’s cast. Reports came out earlier this year that the actresses of season 1 were still in talks to join the new season, and we now have confirmation that this will indeed be the case.

This source also noted that Kim Min Suk is in talks to appear as the male lead. Woollim Entertainment stated, “It’s true that he’s been offered the role and he is currently reviewing the offer. However, he has not made his final decision on the role yet.”

Two new female characters are set to join Han Ye Ri, Han Seung Yeon, Park Eun Bin, and Park Hye Soo in the new season. One of these two characters will be joining the original four cast members in Belle Epoque as a new roommate.

They are comming back on the 25th!

pls look them up and help them escape the nugudom! they are really hilarious and give off early infinite vibes!

this group won overall during the first group battle, they got the highest score (624) earning them this chance to perform on mcountdown

it's so bitter sweet, two of these boys didn't make the cut in the last episode.. Wontak (in the red cardigan w white stripes) was one of my faves! :(

If this is from the song, I love it so much already! It's supposed to start with Chaeyoung, so imagine going from the synth intro straight into her rap part.

For Day6's Every Day6 May concert, they invited 2PM's Wooyoung to perform with them. During the concert, Wooyoung shared a story about Day6's Young K (aka Younghyun) drunk dialing him.

omg i live for these 2pm and Day6 interactions! Brian's embarrassed face is just too cute, lol, this is so adorable.

Hope is one of my favorite songs from their album! Hyuna looks so hot omg!!

What songs do you have in your summer playlist?

Somi‘s father, Matthew Douma, revealed how he has been helping Somi and Evelyn improve their talents and that Evelyn is showing incredible potential.

In a pre-recording of MBC‘s celebrity talk show Video Star, Somi’s father revealed that Evelyn (Somi’s younger sister) has been showing various skills that were at least 10 times more impressive than Somi’s.

Matthew explained that he had started teaching Somi how to take good photos before her debut and that he had even advised her on her photo shoot while she starred on JYP Entertainment and Mnet‘s reality girl group survival show, Sixteen.

“I taught Somi how to turn out better in photos. She told me she had to take it with a flatfish, so I advised her not to wear gloves while taking it.”

When he was asked about Evelyn, Matthew expressed that she was growing up to become even more talented than Somi, in that she was learning his teachings much faster than her.

“If Somi’s talent rating is 5, then Evelyn’s is more than just a 10 or a 20. She’s almost 10 times more talented than Somi. These days I’ve been teaching how to take photos with Evelyn, but she picked it up much faster than Somi did.”

This episode of Video Star is a “Parent’s Day” special episode and will be aired on May 9.

Haha, Roy Kim delayed his release because of IU and now he's gonna comeback in the same week as Twice.

Omona, which tutorial or look by Pony is your favorite? 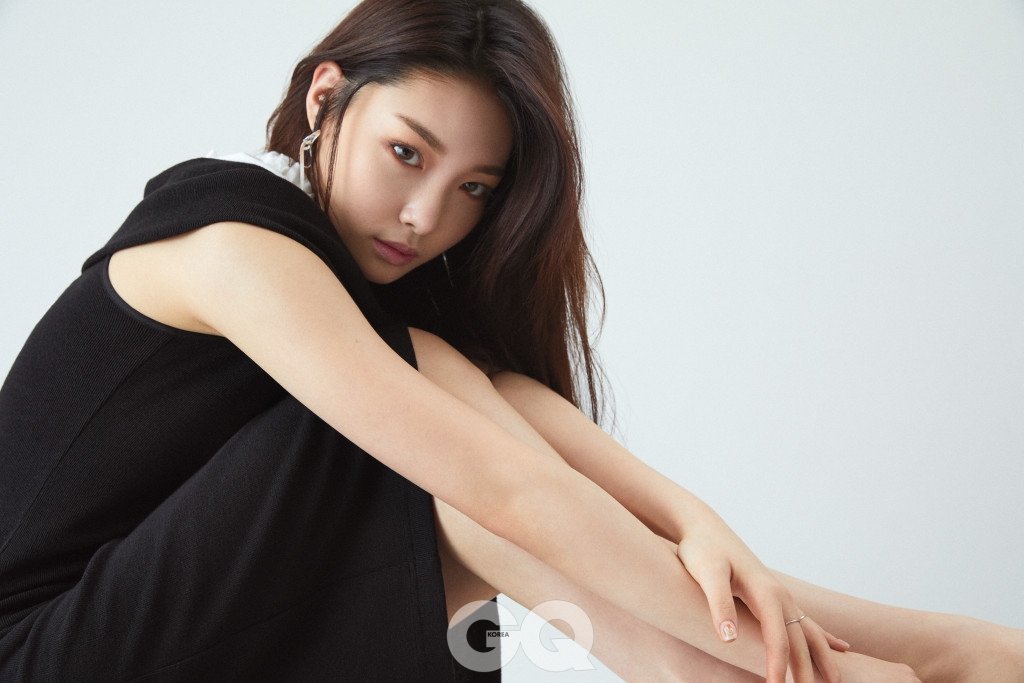 i could watch her dance for hours, soothes my soul tbh. i wish her all the success in the world ;~~~~~;
i wonder if the team at JYPE she talked about refers to 3mix/6mix???

Have a wonderful weekend, and be sure to check out the OMONA Mod Q&A :)
Collapse