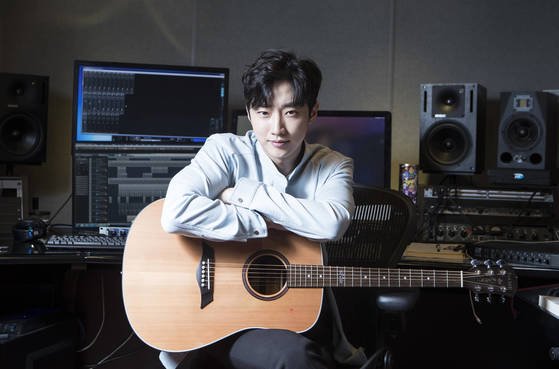 Mnet 'Produce 101' to record 2nd elimination on May 20, to eliminate 24 trainees https://t.co/oXnNznoFG9 pic.twitter.com/fnkxtiv121

On May 16, it was confirmed that R&B vocalist Dean will be making his comeback in just a few days with a new single album.

The talented singer last released music earlier this year in February with his single album titled “limbo.” His title track, “come over,” which featured vocalist Baek Yerin of 15&, received a great deal of love when it was released and has continued to maintain a steady position on domestic music charts.

Besides his own comeback album, Dean will also be collaborating with vocalist Suran for her album, as well as artist Loco, who will be making his comeback soon as well.

Dean’s new single album will be dropping on May 20. 
Note: the album title has been translated as "Blossom," "Blooming Period" and "Blooming Season" but it's officially titled "Blossom" in iTunes.

Lmao at Y and TAG..
At least the rest get to keep their actual names.

so this is a pre-release, and their comeback will be in June! 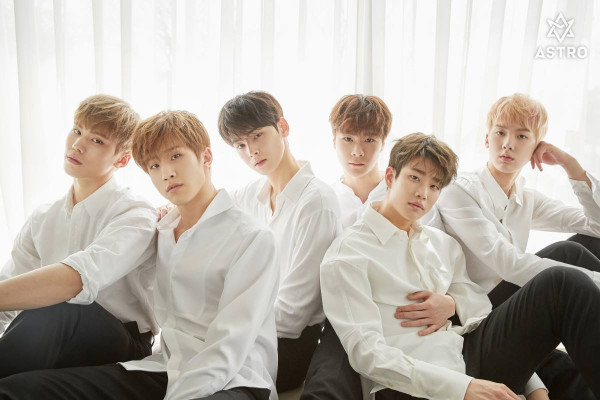 INFINITE‘s Woohyun shared some bad news about his left shoulder with his fans on his V Live stream.

Woohyun recently broadcast a live stream on INFINITE’s V Live channel, where he informed his fans that his shoulder was completely ruined due to an injury he sustained in 2014.

(cc for subs)
VICTON members have entered Freezer High!
What's the story behind Chorong becoming the most popular girl in school?
The members of VICTON who debuted just 7 months ago challenge themselves to a reality program to find their real characters.
The first story of "VICTON's Born Identity."
Check out VICTON members' challenge to find their real characters every Tuesday and Thursday at 8 p.m.!

this looks so fun! i'm excited for them! also, i'm glad it's on 1theK because they almost always provide subs!! 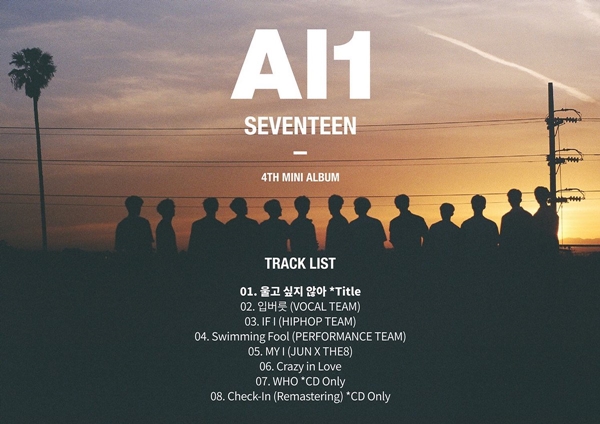 Sorry guys! Looks like KBS World COMPLETELY forgot about episode 12. (They didn't even put up clips!)
Just click on the pic to access the video. (It's the best we could do.) AOA’s Choa has returned to reassure fans after worries emerged of her prolonged absence. This follows a statement released by FNC Entertainment on the issue.

On May 16, Choa took to her personal Instagram account to explain and said, “Hello, this is Choa! I was a little surprised by all the attention I got for the first long break I’ve had since my debut, but I’m sincerely grateful that you were thinking of me even when I’m not there.”

i'm ctfu at how they blurred ha minho's face and muted his audio!!!

In such a dark time where we're lacking NCT activity and posts, which OP is ofc very sad about, NCT Night Night is the only thing that provides some good content. Monday nights on NCT's radio show is a corner entitled Childhood Dream where, in the weeks before, Dreamies Mark, Jeno and Jisung each visited and talked about different topics related to childhood. Yesterday, the guest was NCT's tiny oldest hyung Taeil, who will also return next week, and the main topic of the show was Me Back Then: Dark History Fashion. Unfortunately for us, this is one of the episodes that wasn't viewable so we can only enjoy their honey voices.

Highlights:
🙈 johnjae talk about doll-like children and jaehyun says he was never called handsome as a kid, johnny calls bullshit
🙈 nct's funniest taeil on how he picked his yellow outfit to fit the theme of childhood and how it could have been a lot worse if the stylist didn't stop him bc he wanted to wear shorts too
🙈 the difference between taeil on and off screen is really big, he talks a lot more when they are just among themselves and taeil says he hopes he can show that side of himself soon
🙈 they discuss birthdays and how they used to celebrate when they were younger. taeil says he'd like a computer for his bday next month because he currently has monopoly over johnny's laptop. johnny later says he'll put a ribbon on his head and be taeil's bday present #notbad
🙈 taeil talks about how he was back in his school days, how he was kind of a show off and a lot noisier and they talk about THAT photo
🙈 they bring back taeil's ost because of you (i missed this meme) and he sings a little snippet of it too
🙈 for today's topic, they air out embarrassing past secrets: in 2nd grade taeil was really into dragon ball so he went to school with his hair gelled up to like like he was super saiyan. jaehyun (when he was 7-8) used to wear his cap at 45 degrees to be hip-hop and had a pair of leopard print sunglasses he was proud of. johnny used to be into the backstreet boys and sync and used to style his hair like them and he was the first guy at his school to wear skinny jeans
🙈 taeil recommends some music: daft punk, disclosure and the 1975

omona do you have a dark fashion history? what were your favourite fashion items when you were younger?

I didn't think I had to say this, but obviously a guilty pleasure song for others, won't be the same as yours.
Some people truly hate how much they love Wolf. And I don't blame them.

If you're A-okay with the terrible and trash songs you like, and this wasn't for you? Cool.

I will be curating a playlist(s) (based on my own taste, or lack thereof) in the next coming days. But, I'll make a suggestion thread where you guys can name a playlist theme and I'll add it to the list so it can be included in polls for next time. You can specify if you want ME to create a playlist for that theme or you'd rather all members participate in creating it. Either way, is fine.

After more than 2 years it finally happened! Lovelyz got their deserved first win on The Show!


WE DID IT WE DID IT I CAN'T BELIEVE I JUST