I'm still reeling from those unexpected voting scores... Which were your favorite performances for each position, Omona? The SMTM5 one was my fave for Rap, but it's a toss up for Dance and Vocals.

i'm liking how this is sounding!

icymi: the co-composer, Millenium, is YG trainee Choi Raesung, here's his soundcloud. that's his producer name because he was born Jan 1, 2000... rip i'm so old. Source: April_dspmedia (twitter)
Haven't seen this posted yet. I'm not too found of the teasers but I'm still looking forward to the retro concept, also their last mini was good!

two teasers in a day?? are we being spoiled or what! haha

OH IT'S SO GOOD. HE DID SUCH A GOOD JOB. LOVE IT.
MODS: IT'S NOT REALLY A SOLO DEBUT, SO I DID NOT TAG IT AS SUCH.
EDIT: FIXED SOURCES AND EMBED MEDIA (FIRST TIME EMBEDDING FROM SOUNDCLOUD) HOPE IT WORKED.

They performed all five title tracks. A bit disappointed they don't seem to be promoting anything else (Only You!) from the new mini, but maybe they just didn't have the time to learn another new choreo. It was kind of fun trying to spot the mistakes in the older songs, though. Tzuyu was especially lost during the second half of TT.

a lot of random taemin because he's been doing back and forth between japan / korea preparing for his solo concert / comeback there. shinee has a ninth anniversary fanmeet later today so i'll do a post on that later this week when there's more material out / for their anniversary in general. 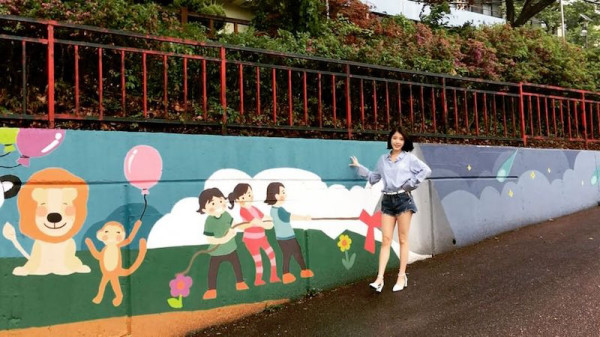 Popular “Produce 101 Season 2” trainee Kang Daniel is said to have suffered an injury.

News of his injury spread amongst fans when a picture of the trainee was posted on social media with the explanation that Kang Daniel had hurt his thumb and required a splint. Despite his injury, the trainee maintained his signature bright smile for the photo.

According to a representative, Kang Daniel sustained the injury while rehearsing for his latest performance on “Produce 101 Season 2.” However, they were quick to add, “The injury is not severe and will not affect Daniel’s future activities on the show.”

Because it’s K-pop, we have another plagiarism accusation that’s gaining steam, this time TWICE‘s “Someone Like Me” being accused of copying Hailee Steinfeld‘s “Starving“.

JYP Entertainment stated on May 16, “We’re currently checking with the producer of ‘Starving’. We will make an announcement after confirmation.”

Source: KBSKpop on Youtube (1, 2, 3)
N performed his solo dance from Shangri-La's teasers!!! You know, this one.
The fans' noise into their mixes while dancing cracks me up. Anyway I love the choreo, especially the intro from Leo to Hyuk & they sound good as usual. N & Hyuk are killing me.