What could of been🔥

( Collapse )
Source: psyofficial
what could of been is my favourite psy song I'm so happy to see him perform it with IU 😭💕

They answer questions like "Who's the most popular idol abroad?", "Who's your favorite idol?", "Which idol should perform at the opening ceremony of the Olympics?" and discuss the idol manufactory. Funny that some of them mentioned the older generation idols (like TVXQ, Shinee, Soshi etc.) and don't know the newer ones well.

The corners for this week are Random Play Dance with Triple H/Hyuna/Pentagon songs feat. Hyuna talking her way out of every mistake like a champ, & Idol Call Centre with special talents, yaja time & 2x speed dance of Bubble Pop!

Hyuna is endlessly endearing, E'Dawn managed to steal the show, Hui was there too. Triple H are so fun together.

petition to bring back #gdruggin tag

Such a gorgeous teaser, I love that font.

in case we didn't already know, the korean entertainment industry is fucked up pic.twitter.com/UD726PaqL4

on the recent epsiode of idol drama operation team, sohee talks about how a past CEO took advantage of her and other trainees by making them work at his restaurant for free/work for the money for their debut, saw her as a woman, coming onto her, asking her to marry him, etc etc. you can watch the episode here (starting at 9:50)

this is definitely one of those things you know happens, but to actually hear someone talk about it.... :///// i'm sure that ceo didn't suffer for his actions but i at least hope his company shut down. hope she won't run into trouble in the future for being a whistleblower/talking about this

Omona, are you drowning in a huge number of dramas like I am? Too many to watch, too little time! My mydramalist is a disaster right now.

More information about the tour will be released soon, so please stay tuned for any updates!

I CANNOT BELIEVE they avoid london like this, it's a personal offence but omfg they're actually coming!! hoping to try for the berlin date

OCN is stepping into the thriller battle of summer with its human clone drama Duel, which stars Jung Jae-young as a veteran detective struggling to find his kidnapped daughter. Kim Jung-eun plays an ambitious elite inspector who finds the big clue of the case, and Yang Se-jong stars as the two cloned men who are divided between good and evil.

SM Entertainment Reveals What Its Artists Have In Store For The Rest Of 2017https://t.co/Zc44FZZg0u pic.twitter.com/m14aJ8iMru

SM Entertainment is about to become the busiest agency of 2017, as the agency is currently looking at a jam-packed schedule from now through the end of this year.

no mention of tvxq, trax, f(x) or any soloists / subunits in the article but that doesn't really surprise me. 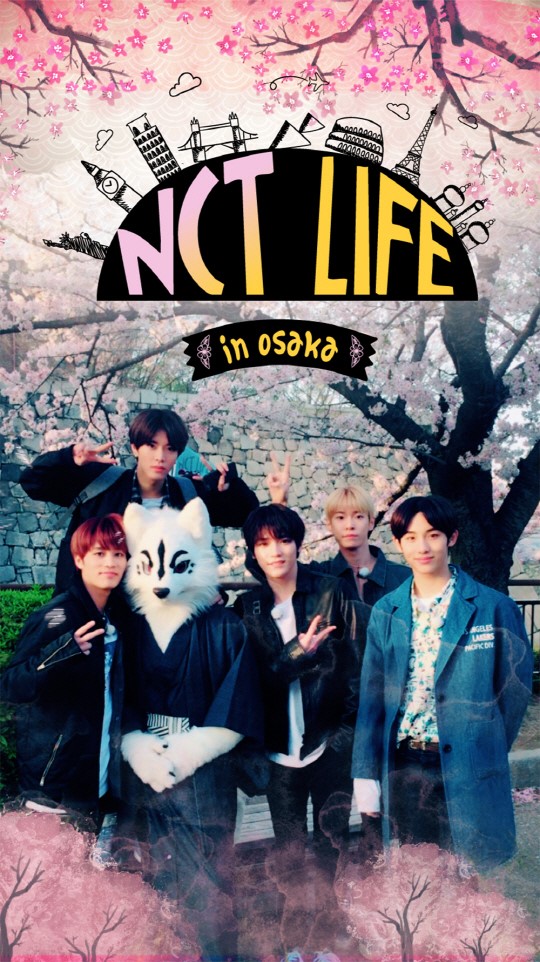 NCT's 7th variety show season has been announced! Get ready to meet the boys of NCT in the new season filmed in Osaka.

NCT Life in Osaka will begin airing on June 8th Thursday-Saturday at 10am on mobile app Oksusu and it will also start airing on KBS Joy every Wednesday at 6:10PM from June 14th.

Every season, NCT Life is set in different cities around the world, the members having visited Bangkok, Seoul, Chiang Mai so far. This time, for 3 days and 2 nights, they have visited Osaka, the hometown of NCT member Yuta, who will be their guide around the city. Aside from Yuta, this season will feature members Taeil, Taeyong, Doyoung and Winwin who will show off their varied charms.

Moreover, the show is also scheduled to air on DATV in Japan in October.

source: vyrl, naver, translated by me

i can't wait! boo at it not being on vlive? why would they, after all 6 seasons are on there...
that pic of taeil is the cutest pic ever

Happy Friday! Every week I check out the charts for this day in a past year. I post up the top three songs, then I pick out two more from the top ten as honorable mentions. This week, let’s see what topped the charts for the first week of June, 2010. The first two songs were already posted in the past, so here’s some live performances.


#3 Hwayobi “Bye Bye Bye”
Queen Hwayobi! Love her, and love this song. I didn’t remember the live performances at all, so I had no clue that there was choreography. It’s cute though, the slow two step groove.

Nice little finale which tracks the girls' adventures on their bridges and at Konkuk University. So bittersweet...

A/N: It sucks that the show wasn't the hit it was last season, which dashes my hopes for any future seasons, but on the flip side, it was great seeing the girls' success on the charts! Their friendship seems genuine, so I hope to see them update us fans in the near and distant future. And yes, Somi is definitely the best fan girl of ALL TIME! How many fans can say they've danced right next to their fave while becoming friends?

Omona, what were your favourite performances and which trainees did the best?

They performed Touch My Body, Loving U and Shake it for the goodbye special again.

In Stella's interview on Arirang's Heart To Heart, she discusses her appearance on Problematic Men and subsequent public interest, moving to France at 12 to study (and being the only foreigner in her area) and her time studying at Grandes Écoles, her language abilities (and gives a multi-lingual introduction to herself), how she came to enjoy music, and the pressure to continue her studies instead.

As you’ve already felt in the previous teasers, these are unreleased photos of #Matured sexiness #Dark sexiness
#Relaxing sexiness that will attack your hearts once again! Are you getting excited? All right, let’s start right away! MODS: IS NAVER AN OKAY SOURCE? I LOOKED AND DIDN'T SEE ANYTHING, JUST TO BE SAFE. I ALSO HOPE THIS TURNED OUT OKAY.

Synopsis: A forgetful killer can be a dangerous thing. Noh Ji Wook (Ji Chang Wook) is a prosecutor who changes jobs to become a private attorney at a powerful law firm. Eun Bong Hee (Nam Ji Hyun) is a prosecutor trainee who works with prosecutor Cha Yoo Jung (Nara), Ji Wook’s ex-girlfriend who desperately wants to win him back. Attorney Ji Eun Hyuk (Choi Tae Joon) is a longtime family friend of Ji Wook’s but harbors some resentment about their different family circumstances. When a murderer strikes, Bong Hee suddenly finds herself as a suspect in the murder.

(x)
Help me Omona, I can't give this up.
PS: I'll continue posting bi-weekly discussion posts unless someone else wants to do it more often..

2k17's rookies of the year HIGHLIGHT did a vlive today and announced their new official fanclub name! If you're a fan of the boys congrats because you can now officially call yourself...