BLACKPINK will make their comeback this month, as early as mid-June

They will film their music video this weekhttps://t.co/kcBJHDhYZ7

Narsha opened up about her thoughts on the frequent group disbandments recently and assured her fans that Brown Eyed Girls members are still close.

In a recent interview, Narsha voiced her sadness about other groups disbanding, saying, “It takes time to realize that you shine when you’re together. In some cases it’s a pity.” She advised other groups that, “To each their own, but I hope [other groups] give another thought before making the decision to disband.”

She also expressed her trust in her fellow Brown Eyed Girls members. “I think we were able to stay together for such a long time because we are so different,” she said. “We understand and respect that about each other. Despite our differences, our taste in music merges well.”

Finally, she revealed that her dream is to keep producing the music that she loves. “I just hope that [our albums] always stay relevant, and sound and look good to our fans,” she said.

I'm excited to hear their voices together!!

Seoul Metropolitan Police Drug Agency to summon all the people cited in #Gain's SNS post (including her) and launch full scale investigation pic.twitter.com/EoSp8JxI9N

*as a member of AOA

#AOA's #Choa to resume activities for the meeting of the Asian Infrastructure Investment Bank. Attended a wedding w the members earlier. pic.twitter.com/2YE4z0kN3X

@mods pls ignore my other submission, this one is more complete xx


Ok, Dean. See you next time. Two weeks is too short notice.

( Collapse )
wasn't prepared for this—i thought they were gonna do visual line first, again. ngl i looove the styling so far. mx hasn't worn anything close to casual clothes since rush era which was coincidentally their last fun-brite concept... lol, maybe this is a good sign
SOURCE(s): officialmonstax@twitter; mbckpop@yt

BIGBANG T.O.P has been expelled from his division following his drug scandal, to re-enlist after trials https://t.co/XRTT3Mb8X4 pic.twitter.com/3vsgWJ6id0

He's served 3 months already but when he enlists again it will be reseted so he will have to complete 1 year and 9 months. 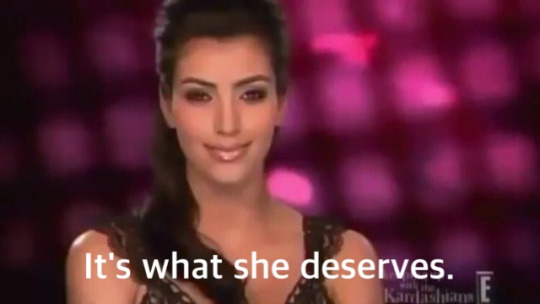 Really short but lol their reactions are so cute.

uniforms?? can this be a st. trinians / mean girls concept please!!

Article: Gain responds to police announcement of internal investigation "Why should I go to the police station? This is tiring"

"Yes he offered it to me but he's claiming he never smoked it so that's his problem. I have a panic disorder, why should I go to the police station? This is tiring." Previously, it was announced that actress Kim Yoo Jung was considering a role in the upcoming drama, “School 2017,” which is a continuation of the “School” series running since 1999.

On June 5, Kim Yoo Jung’s agency, Sidus HQ, came out with an official statement delivering some unfortunate news for fans of the actress and the series. They said Kim Yoo Jung will not be taking the role.

Hopefully, Kim So Hyun's fans can stop with the hate comments and fan war now.

Hello, this is Joy (OP note: not from Red Velvet). Honestly, what I'm going to talk about here is not something that just happened recently. It already happened around a few weeks ago, but I haven't had any time to write the post so here I am now. I got this part-time work because of my friends.

The location is at English Village in Paju, so I took a bus to get there. What I needed to do was to shoot the interviews of the trainees, they were in the middle of practicing so it took a long time to finish. I took a walk around while waiting for them, and once they walked out of the training center, I took them to another building and interviewed them right away. That was all I needed to do.

I didn't know anything about Produce 101 before, and because of the interview I got to know a little bit about the show. They talked about benefits and stuffs.

The latest elimination from BRODUCE 35 was on June 3rd. 13 trainees had to leave, while the remaining 22 moved in a dorm together to practice for the guerilla concert and the finale BRODUCE episode. They are prohibited from using social media while being in the dorm. Trainees that didn't make the cut have been spotted out on about since then. Take it with a grain of salt tho, nothing has been confirmed.
( Collapse )

Most excited to hear Babyface in full, but it sounds like an album full of fun!

On June 5th, it was reported by OSEN that Rowoon will be joining as a main character for the new KBS2 drama School 2017.

Rowoon's acting has been noted through the Click Your Heart web drama, and according to an official, Rowoon's desire to act and other great talents was a reason why he was considered.

School 2017 will be a drama looking into the lives of 18-year olds and the lives of secrets and thoughts they experience.

Kim Sejeong recently joined the official cast lineup. The drama will begin filming in mid-June and broadcast in July.

OP HIGHLY RECOMMENDS LISTENING TO FREAKY SOUND. IT'S A JAM. OP IS ALSO EXCITED TO HEAR 1004.

They introduce themselves in the chinese version, saying "My name is (...)".