( Collapse ) (x)
Figured i'd do a mini round-up of stuff i haven't scene posted. The hosts on Contact Interview were trash but seventeen's raps were funny & I didn't include Check In audio b/c it was pretty much the same, I'm still jamming out to WHO. Sorry mods for forgetting the 1 gif rule, I hope this is better.

According to a report by Chinese media outlet Sina on June 5, Jia recently held a press conference for her solo comeback and talked about her days in miss A.

While discussing her lyrics about love, she confessed, “To be honest, I dated a fellow celebrity for about two years back when I was a member of miss A.” She chose not to reveal the name of who she had dated.

She further shared about her miss A days, saying, “Our group debuted in 2010 and became really popular, but I got rebuked by Park Jin Young a lot. There were times when I called up my fellow member Fei while crying, telling her I wanted to quit. However, I never actually made that decision because she encouraged me a lot and gave me advice.”

Song credits and lyric translations up here by DJ.Pri

T.O.P's mother says that his condition is much better today and said that she was able to make eye contact with himhttps://t.co/cn6weZaL9b

At approximately 1 p.m. KST, T.O.P’s mother visited her son in his hospital room. Forty-five minutes later, she left the room and was met by reporters asking about T.O.P’s condition. She replied, “He has gotten better.” In response to another question asking if he made eye contact with her and recognized her, she gave the brief answer, “Yes.”

T.O.P’s platoon leader, who had also visited the rapper, stated, “He seems to be able to communicate, and he also recognized me as his platoon leader.”

T.O.P is currently being treated at the Ewha Womans University Mokdong Hospital after losing consciousness due to an overdose of prescribed tranquilizers. Today at 9 a.m. KST, the hospital had stated that he was still in a state of lethargy, but he seems to be recovering, according to his mother’s and platoon leader’s more recent statements.

(Added a few more things. Not including the photos of him being discharged because that is no ones business.)

[here is eunwoo winking bc why not?]

( Collapse )
i'm... a little lost, tbh. i have no thoughts on this set of teasers just yet—following jooheon's i thought the remaining ones would be a little brighter but it could be just jooheon's thing, i guess. also thought this cb would be the return of blond hyungwon so i'm mute. and i'm boycotting the standard mushroom haircut
SOURCE: officialmonstax@twitter 
I like the track covers and the album being on an USB drive is actually cool.

[🌙Lyric translations🌙]R&V - 네시 (4 O’CLOCK)
One day, I wrote a long, long letter
To the moon
It’s not as bright as you are
But it lighted up a small candle light

Another day living my life moderately
Keeping my step, moving on moderately with no strength
The sun suffocates me
And the world strips me off all I have
I can’t do anything
But collecting the scattered bits of me under the moonlight
I call you moonchild
We are children of the moon
Breathing the cold breath of the dawn
Yes we’re livin and dyin
At the same time
But you can open your eyes now
Because like the dialogue in a movie
In that moonlight the whole world is blue

Source: All The K-Pop, xormr32

Buy it on iTunes. Stream on Spotify


I like it a lot! Even tho Bullshit sounds try-hard (who is surprised tho?) I like the beat and I see myself bopping to it. Middle Fingers-Up is catchy, SUPER STAR is chill. It's a good mini. On June 5, T-ara’s former member Areum posted on Instagram to send her well wishes for the group’s comeback.

“I am looking forward to June 14,” she started. “As someone who has been supporting them as a fan since 2013, I am sad that it won’t be the entire group, but I am thinking that there are other fans that feel this way also.” She added, “I hope that a lot of people will give even more love to the four members as they are. I also hope the members won’t hurt anymore and will look cool and pretty as they promote well while receiving lots of love forever.”

Areum continued on to reveal that she has been living well after enduring hard times and is preparing for something new. She ended by wishing for the health and happiness of the T-ara members, herself, and everyone else. 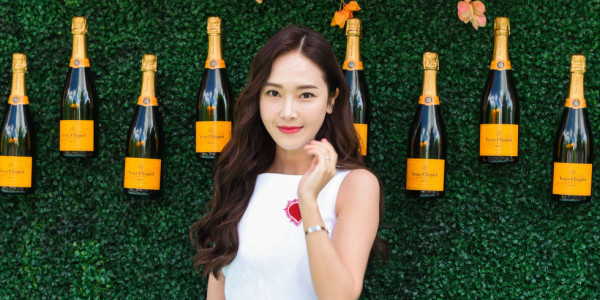 jessica jung is a force in the k-pop music scene—and her momentum isn’t slowing down anytime soon. after being a member of one of south korea’s most popular girl groups, girls’ generation, from its debut in 2007 to september 2014, jung left the group and started on what has become a wildly successful solo career.

KBS World started posting up subbed Sketchbook videos again! Right now it just seems to be the performances though, not entire episodes.


Pinafore dresses / Slip-on Sneakers & Loafers / Cushion Compacts / VIXX's Birthstones Makeup/
Pinafore dresses are easy to style, we'll show you what patterns and prints are hot! Plus shoes that will give you zero hassle, and then we bring you which cushion compacts are in the spotlight. We were inspired by VIXX's latest 'birthday gemstone' concept and incorporated that into this week's MMO look! Luckily, our client had a November birthday, same as VIXX member Leo. Check out our 'blue topaz' style, courtesy of makeup artist Jung Woo-jung.


Back in my day, "pinafore dresses" were called "slip dresses" and we bought them at Wet Seal and Contempo Casuals. That cushion with the concealer looks really interesting! I though the makeover was really nice! I wouldn't have the guts to do it on my own, though. 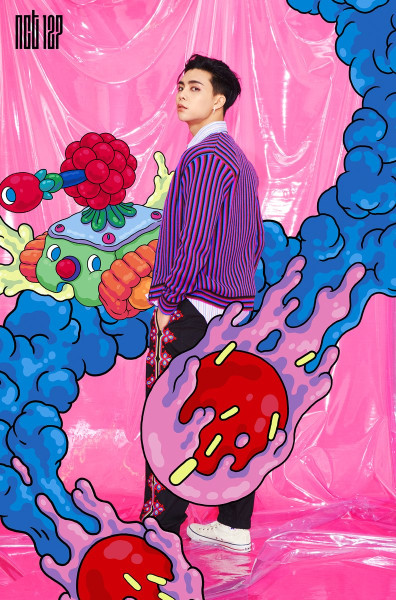 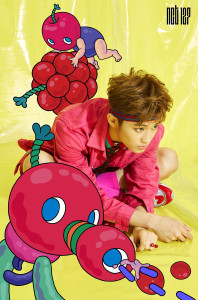 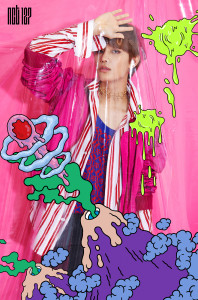 SOURCE: WE ARE WITH B.A.P

Lee Yeon-hee (29) and Yeo Jin-goo (19) have signed on for a new supernatural rom-com that’s in the works at SBS called Reunited Worlds. They’ll be paired in an odd relationship: They are childhood friends born in the same year who have somehow aged differently so that now she’s a 31-year-old woman and he’s still a 18-year-old boy.

There are conflicting reports about the role Lee Yeon-hee has received. According to one source, she could be a bright, simple-is-best-type of gal who loves being active. As a tomboy whose dream was to become a manga artist, she wanted to go to art school, but real life got in the way, and she ended up graduating college with a nursing degree. Due to her father’s bankruptcy, she ends up having to become the personal live-in caretaker of a rich woman with a rare terminal illness.

There are other reports that describe her character as a 31-year-old woman who works at a restaurant, although the rest of the premise is the same. Descriptions on Yeo Jin-goo’s character are much more vague: He’s supposed to play an innocent youth with a pure-hearted honesty about him.

Written by Lee Hee-myung and directed by PD Baek Soo-chan, whose partnership created Girl Who Sees Smells and Beautiful Gong Shim, Wednesday-Thursday drama Reunited Worlds will begin this July, after the end of Suspicious Partner.

News about this came out last week but now casting is confirmed. I liked both of the writer and PD's previous dramas, but I'm really not here for this storyline and I hate the huge age gaps we've been getting in dramaland.

my boys look so great! <3 it's not my favorite song, but i'm proud of them anyway 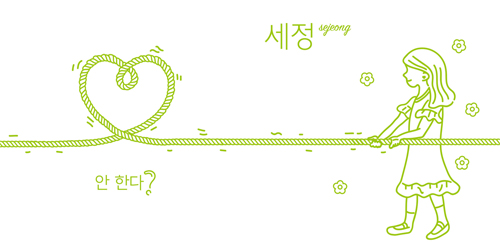 Okay it seems it's called "Likes Me, Likes Me Not". Definitely now have the iconic He Loves U Not stuck in my head.

In Secret Forest Bae Doo-na stars as Han Yeo-jin, who is touted as a warm-hearted and righteous police investigator. Jo Seung-woo plays Hwang Shi-mok, a clinically emotionless and logical prosecutor who is a bit of a lone ranger among his colleagues. The two join forces to solve a mysterious case about a string of murders that reek of widespread corruption inside the prosecutors’ office. Lee Joon-hyuk and Shin Hye-sun are set to play Jo Seung-woo’s fellow prosecutors.

This looks great, I'm hoping the writing lives up to the acting talent. I hadn't realized my fave City Hunter Prosecutor was in it <3

the way they change their formations in the shortest amount of time is always so impressive (like their little square @ 00:37 where they go backwards without hesitation and just know when to stop). 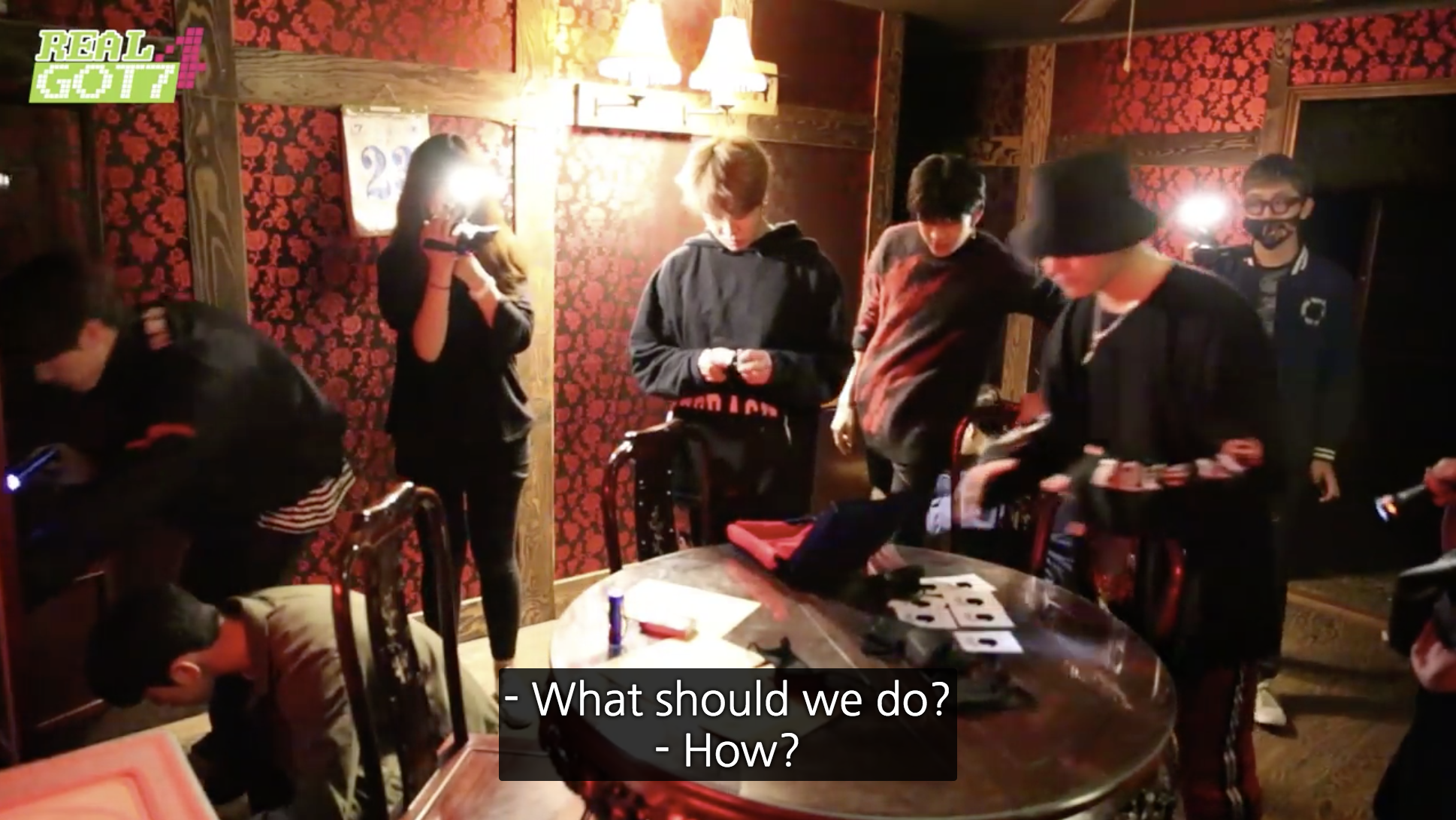 Note: The game starts with a sort-of-creepy pre-game in the previous episode, but the main mission is in this one

Omona, from a scale of Jackson to Jinyoung, how useless or useful are you in an Escape Room-type of game?

Oh but that twist at the end tho 👀 Lol

I loved their interaction with fanboys and fangirls. lmao

Hope a kind soul will post something of their fanmeeting with their LOA clothes.