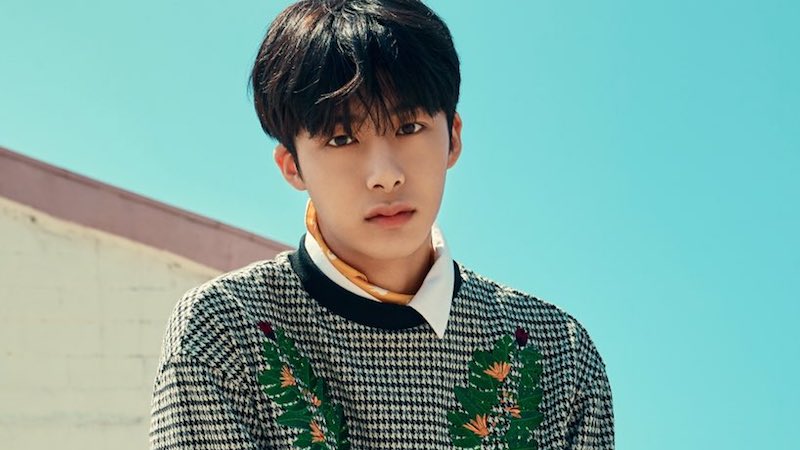 MONSTA X’s Hyungwon unfortunately has to take a break from the group’s activities in order to recover from a health issue.

Shortly before 11 p.m. KST on July 7, MONSTA X’s fan cafe updated with a message from Starship Entertainment that first included an apology to fans for having to convey bad news ahead of MONSTA X’s first world tour “BEAUTIFUL.”

😭 starship better watch their backs 💣🔫🔪☠️ this is the second time in what a month?? "It's a word formed by combining Wanna One and Able together. We (the fans) are able to make everything come true."
Source: Mnet Official via wannaonesub | @WannaOne_twt

they also used their new greeting: "All I wanna do! Wanna One!"

it's been 7 hrs since they announced it, and i think i'm fine with it now. it could've been worse i guess, plus the meaning is nice.

p.s. check out my

This is for a CF song, NOT a comeback song. The girls are still currently promoting Happy.

the worst thing about stanning big groups is the sourcing lmao. [op thoughts on ~fandom drama~ that might start wank]the amount of salty sones when the concept photo for this came out...embarrassing. snsd doesn't own the style of white top and jean shorts, not everything is about copying snsd, calm tf down 😂

TWICE’s Dahyun surprised her fans by still entertaining the crowd at a canceled baseball game that she was supposed to throw the first pitch for.

On July 7, Dahyun was scheduled to throw the first pitch for the baseball game between LG Twins and Hanhwa Eagles; however, due to rain, the game was canceled.

Normally, when a game is canceled due to rain, the athletes of the home team do a ‘rain ceremony’ for the fans who made it out for the game by sliding on wet plastic mats. This time, Dahyun also took part in the ceremony by running from the third base and sliding into the home base.

Dahyun said during a V Live later, “Thank you for giving me so much attention.” She explained, “I heard that the athletes would slide on plastic mats if the game is canceled due to rain. So I told the staff there that I would like to do it as well, and they allowed me to do it. I’d like to thank the staff at LG baseball club.”
( Collapse )
sources: xportsnews, news20.busan, soompi, 15_uhahuh, kmdhynxox, _pengjeongnam, Dahyun_Fan

this was so cute and funny!!!


'ARTIST' is a lively hip-hop genre song with a message that each artist should express his / her feelings without hesitation.

On July 7, a source from his agency Cre.Ker Entertainment stated, “It’s true that Cre.Ker is preparing with the goal of debuting a group of boy trainees sometime in September or October. However, we have not yet decided if Joo Hak Nyeon will be part of this group.”

The source continued, saying, “Joo Hak Nyeon is also currently practicing hard. At the moment, his next steps have not yet been confirmed.”

They've lost 10k twitter followers overnight because fans are pissed at lack of feedback. Not sure why you'd think angering the fanbase of your most popular trainee is a good idea but hey.

MY ASS IS ON FIRE pic.twitter.com/K4xrerkvDA queens of vocal-less backtracks! it turns out that the produce 101 member, gaeul, is actually the rapper - she still gets to show off her nice vocals though. the only track that they didn't perform is 'my day'.

source: smile -wA-
so, is  Greedy that much of a hit in Korea or...(not complaining, I love the song). Also, I wish RV had a comeback with a style like this. I would like it so much! AND, when it shows the audience....why? why did I laugh?

no idea when the m/v will be released, but let's enjoy this amazing album!
Collapse