Compared to other agencies, CUBE is relatively lax about their artists hanging out with the opposite sex (ex: Hyuna/L/Zico & more recently PENTAGON's Hongseok/P101 Soohyun). Though management used to caution against these interactions, that hasn't stopped BTOB members from being open about their friendships with female idols. For the most part, fans on all sides have been pretty chill and there haven't been any major scandals since BTOB are known to be a friendly bunch. On July 18, JYJ Kim Jaejoong’s management agency, C-JeS Entertainment, released a statement saying that Kim Jaejoong had sustained an injury while on set for KBS 2TV’s “Manhole” the night before.

According to the statement, Kim Jaejoong cut his left thumb on a soju bottle that was prepped as a prop for a scene in the drama and had to receive seven stitches. Due to his injury, filming with Kim Jaejoong was suspended for the day and, for the time being, he will be receiving outpatient treatment for his injury every two days. On July 18, YG Entertainment released a statement indicating Tablo’s resignation as the head of HIGHGRND as the company celebrates its 2nd anniversary. The resignation will not affect HIGHGRND and the artists under the label.

Although Tablo has officially stepped down as the representative of HIGHGRND, he plans to continue to mentor and support each artist under the label.

Tablo is currently working EPIK HIGH’s upcoming album and comeback, titled "We've Done Something Wonderful." The comeback is tentatively planned for the fall.

finally going back to seoul this month pic.twitter.com/H2pwRwm9gb

This might be interesting. Their sounds are so different.
BTS are crying in a corner (not sure if from sadness or happiness).

these are so nice, and the boysz are pretty. i love that they each have a mascot

will you be following THE BOYZ, Omona? 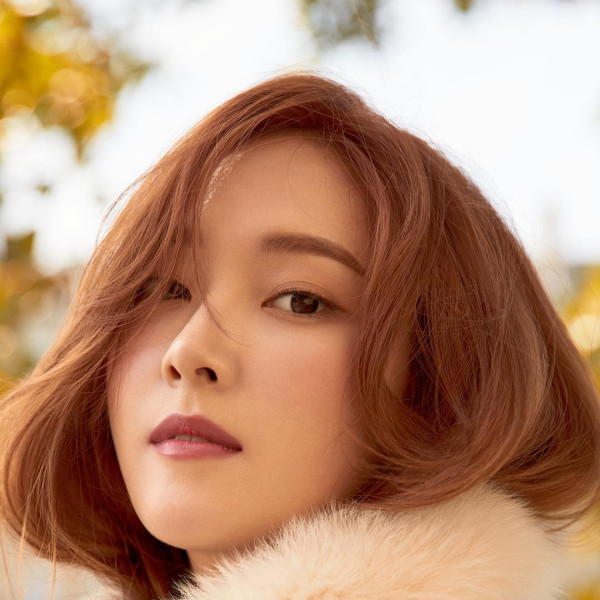 JYJ’s Park Yoochun has broken his long silence after the controversies that affected him this past year, such as being accused (and subsequently acquitted) of sexual assault and the news of his upcoming marriage.

get this promo, g. this is inspiring me to sing and drink in my tub in the very near future [like maybe tonight].

lol he looks like a lost child, someone help him pls

This is their official debut I'm pretty sure? You may recall hearing this song before - they released a previous version titled 'Very Very Very' back in April that was later removed from their official YT (but was reuploaded here), supposedly because one of their managers left? Strange situation. Anyway, I love the original version and have been listening to it since it came out. They've made some changes for this version, but I'm still jamming.

i made this as fast as i could so sorry if it's a bit messy but OMGGG I LOVE IT!!!!!!!! my favorites are touch it, what u do and walk on memories. what are your faves?

COLORS is a Society and Culture website in Berlin, Germany

From their ABOUT page:

Music is the most accessible art form there is. It binds things together. People, cultures, ideas, emotions. It influences and catalyses everything around us.
⠀⠀⠀⠀⠀⠀⠀
In a highly fragmented and democratized musical landscape genres only have little boundaries and often fade into one another. Just like colors do. Our attention goes to everything that has got soul – from hip hop to indie, electronic, r&b and pop.
⠀⠀⠀⠀⠀⠀⠀
We created COLORS to give artists the chance to present themselves and their work on a contemporary platform.
⠀⠀⠀⠀⠀⠀⠀
All COLORS, no genres.

In this short 24-episode (12 hour-long episodes) MBC drama, Choi Min-soo plays a forlorn father who left home a long time ago to search for his fortune in a fictional Arabian kingdom and comes back years later to reconnect with his now-adult daughter, played by Kang Ye-won.

That’s what Lee Yeon-hee’s character (Jung-won) grows up believing, anyway—that Yeo Jin-gu’s character (Hae-sung) died in a car accident when they were 19. Until one day Hae-sung reappears in her life, not having aged a day in twelve years. The newest teaser hints at her living with guilt after his accident, for thinking that he somehow died because of her. As scenes of Hae-sung in high school and Jung-won in the present day flash by, Hae-sung says in voiceover, “It’s not your fault. Jung-won, I didn’t die because of you!”

She tends to his badly wounded body in shock, and then visits his ashes and calls out his name to the sky. In the halls of their high school, younger Jung-won (played by Jung Chae-yeon) calls out to him too, and then their moments together are intercut: Younger Jung-won fixes his hair and wipes the sweat from his temple, and he’s startled by her touch. In the present, it’s Hae-sung who reaches out to wipe a tear from adult Jung-won’s face and goes to hug her. She says in voiceover, “Every single day… I missed you, Hae-sung.”
( Collapse ) 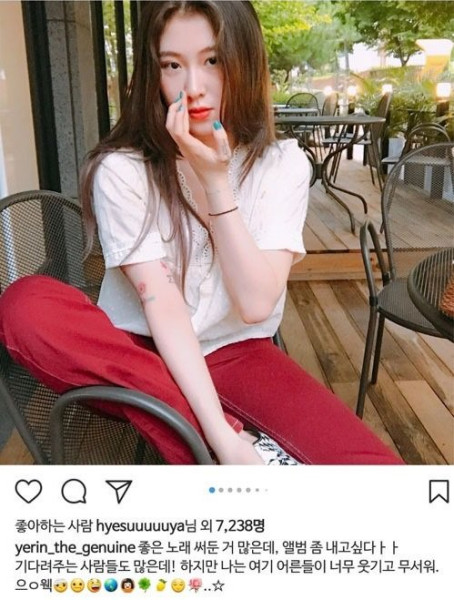 On July 17, singer Baek Yerin posted to her personal Instagram account and hinted at unhappiness and dissatisfaction with her management agency, JYP Entertainment. 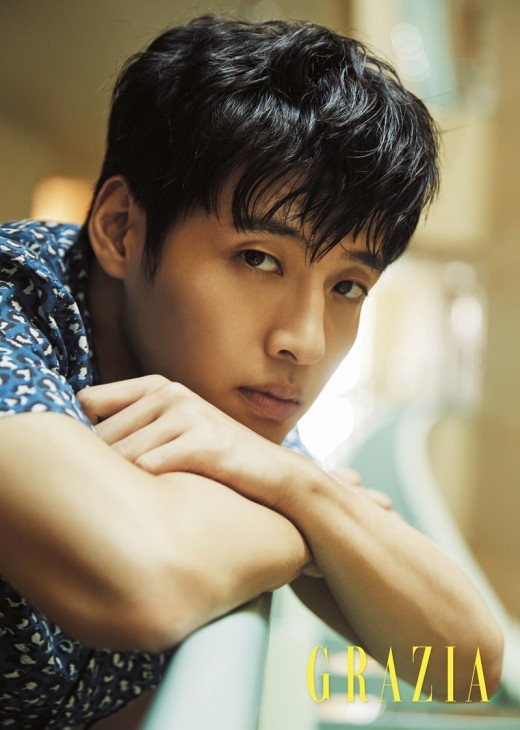 Actor Kang Ha Neul recently completed a photo shoot with Grazia and sat down for an honest interview in which he talks about his image as the industry’s “nice guy,” as well as his upcoming film “Midnight Runners”.

Since his debut, Kang Ha Neul has been working non-stop on project after project and, when asked if his packed schedule is exhausting at all, he responded with a laugh, “A lot of people see me and think that I have a lot of [professional] greed; however, I also just want to rest and am not someone who wants to constantly be working.” The actor continued, “That being said, all of the projects that I’ve completed until now are meaningful because they were made with good people and filled with good energy.”

Perfect prince. I'm still in denial about his enlistment. If I ignore it, it won't happen, right?

they have such great energy on stage for a young group ❤️

[The 1st LOOΠΔ MeMe FESTIVAL]
Thank you for participating our very first ' #LOONAMeMeFESTIVAL '.
The festival was held from July 8 to 13. So many fans joined the festival 🙇🏼 It was more than we expected! Anyway, your funny and lovely memes made LOOΠΔ really happy😆  So the members of LOOΠΔ picked the winners themselves🎉
.
[Winners]
smhima* (Instagram) haruhone*_ (Instagram) *We will contact the winners privately.
.
Congratulations!
A gift will be provided for the winner. As you know, the prizes are all the solo singles (HeeJin, HyunJin, HaSeul, YeoJin, ViVi, Kim Lip, JinSoul), LOOΠΔ 1/3’s all mini albums (Love&Live, Love&Evil) and upcoming single from eighth member, Choerry💝
.
Thanks you all very much again for joining our festival😘😍💕 We will be back later with 'The 2nd LOOΠΔ MeMe FESTIVAL'👋🏻 Hope you're looking forward to the next festival! See you!
source: loonatheworld

neither of these guys should be anywhere near girls tbh

Idol-turned-actor Krystal is apparently going to be the newest idol muse to inspire director Shin Won-ho, who earned accolades with his heartfelt and thoughtful Answer Me series. She’s been named as the female lead in PD Shin’s new tvN drama, Smart Prison Living, which has already cast Jung Kyung-ho to headline in the story that takes a darkly funny look at the lives of prison inmates. Stage and supporting actor Park Hae-soo is also confirmed.

The role out to Krystal is not quite a leading role, given that the drama will be heavily focused around the male leads, but a rep with the drama department described it as the largest female role in the cast.

Smart Prison Living will air on tvN later this year.

The latest from director Park Hoon-jung of The Tiger and A New World is about an international manhunt to take down the son of a high-ranking North Korean official who is suspected of a string of gruesome killings. Lee Jong-suk plays the VIP who lives above the law, and the film is about the three men who are all after him for different reasons: one to cover up his crimes, one to catch him, and one to get revenge.

Kim Myung-min plays a South Korean police detective who narrows in on Lee Jong-seok as his prime suspect in a murder case and is hellbent on catching him. But at every turn he’s thwarted by Jang Dong-gun, who is a secret agent for the National Intelligence Service and is responsible for bringing the VIP to South Korea in a joint covert operation with the CIA. (Peter Stormare makes a guest appearance as the CIA agent.) And of course they’re both at odds with Park Hee-soon, a North Korean agent with an agenda of his own.

not surprised to see her covering this song again, her voice is super soothing. hope she continues posting new covers on her channel! fingers crossed this is a sign for a long-awaited bestie comeback