MAP6, Matila and B.I.G. recently guested on Weekly Idol and played the Random play dance game... well, they tried, but nobody was able to top Saebyul. 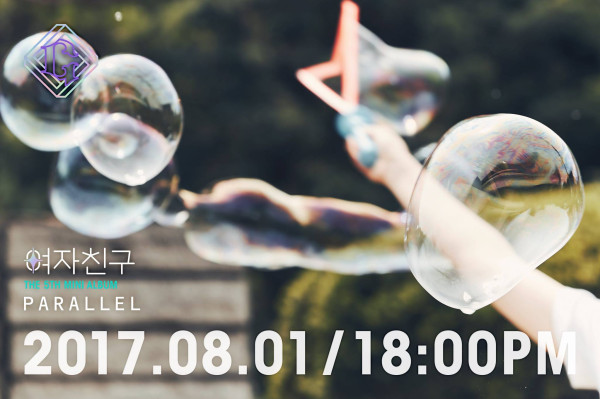 yay, reality show! but i think we have to pay for the content, lol.

BIGBANG member T.O.P has received a sentence for his marijuana case.

On July 20 at 1:50 p.m. KST, the final trial for T.O.P’s marijuana case took place. The court stated, “The defendant has acknowledged all of the charges made against him and has been found guilty. Drug-related crimes not only hurt the individual’s health but it can also have major negative effects on society as a whole, so there is no choice but to give a severe punishment.

“However, we have taken into consideration that the defendant is sincerely self-reflecting, and that he does not have any previous criminal offenses.”

Therefore, the court announced that T.O.P will be receiving a 10-months prison sentence suspended for two years, as well as a fine of 12,000 won (approximately $10.7). This means that T.O.P will be spending two years in probation, but will have to spend 10 months in prison if he violates the condition of the suspension during those two years.


Reminder that the group will be making their debut on August 8th!
source: WekiMeki THE BOYZ more like THE VIZUALZ. Good luck trying to google urself with that stagename NEW of THE BOYZ You can watch her drone test on vlive, though there are no subs available.

what unusual hobbies do your faves have omona? According to a Japanese news source, MYNAME’s agency announced on July 19 that Insoo will enlist in the army this coming fall. According to the source, MYNAME was holding an event for their new album “MYNAME is.” Over 1,000 fans attended the event and watched MYNAME perform three song live. During the event, Insoo said, “As a Korean man, this is a part of my duty, and it feels like I am going to study abroad. I will be really happy if everyone can wait for me.”

Meanwhile, MYNAME sold 13,316 copies on the first day of releasing their album and came in at No. 2 on the Oricon daily chart. They will continue to promote their album in Japan.

guanlin, sweetie.. they're the same two basketballs, you really don't have to pick one to keep playing.. lmao

wanna_one comm for more updates! there's so many...

That Umbrella choreo, Rihanna is shook

Dingo is slowsly starting to put quality subtitles on their old "You worked hard too" episodes, not just english subs but also spanish, portuguese, vietnamese, japanese and thai... so from now on i will submit videos from their oficial channel :)
Source: Dingo Channel

“Falsify” tells the story of people who search for the truth and people who try to cover it up. More specifically, it is a story about those who go against corrupt media organizations. Namgoong Min will be playing the role of Han Moo Young, a righteous journalist who becomes involved in a case because of Han Chul Ho (Oh Jung Se), another journalist who fabricates an article. Other cast members include Yoo Joon Sang, Uhm Ji Won, Moon Sung Geun, and Jun Hye Bin.

In one of the posters, the slogan reads, “A world where the truth is upside down, and people who try to turn it back.” The main cast, Namgoong Min, Yoo Joon Sang, Uhm Ji Won, Moon Sung Geun, and Jun Hye Bin are shown individually, each of them with a solemn expression.

The second poster depicts the conflicting aspect of the drama, as four of the main casts stand looking into the camera while sheets of paper fall through the air. Two of the men standing in front are journalists Han Moo Young and Lee Suk Min (Yoo Joon Sang), who will be digging deep into the truth with the help of honest prosecutor Kwon So Ra (Uhm Ji Won). Moon Sung Geun, who is standing straight across in the poster, will be playing evil Goo Tae Won, the one who tries to cover up the truth.

I'm a little burnt out from corruption/prosecutor dramas at the moment, but this looks like it should be good and I love Namgoong Min.

be sure to check out their MV and roundup post too!!

Good lord I don't know what I was expecting, but it wasn't this. Their voices.... OP is gonna be dead by the end of the month.

the song is a bop, the eye candy is just a great bonus. for those that don't know, this is Produce 101 Noh Taehyun's and Wanna One Ha Sungwoon's original group. they're promoting as 5 while Sungwoon is busy with WN1

i did not expect this kind of sound from them. i like it though

op's note: yuehua's really pushing them, i'm glad but also a bit worried as to how and if that'll affect the group dynamics as a whole. that being said, excite!!! it seems like the talk show is gonna be held in some university (Sangmyeongdae) hall? i hope they have a nice time, my babies

also can we get a yuehua tag?

[ a thread] Reasons why MBC's new drama Man Who Dies To Live should not be aired. YALL NEED TO BOYCOTT IT pic.twitter.com/2ftnjQLqlx

Plot synopsis: Jang Dal Goo sought his fortune in the small Middle Eastern kingdom of Bodantia in late 1970s. He returns to Korea as Count Souad Fahd Ali to find his estranged daughter, Lee Ji Young, and discovers the true meaning of "family".

who tf greenlit this?

all the products they've endorsed have sold out online already!!! kings of makeup!!

There's a really expensive international school located in the same place where they shoot for Idol School.. I'm close with one of students there and she told me that the pink dorm in Idol School is all lie. The directors would tell the girl to pretend to sleep, and once they say cut, they go to the other place to sleepㅋㅋㅋㅋㅋ

I asked her for a picture and she said she will get punishment if she does, she also will need to write a contract and whatsoever.. That's why no one takes any pictures of it..ㅋㅋㅋ

I don't watch the show, I just wrote this because I've seen some of Pann users questioning about how the girls go to sleep with their make up on..ㅋㅋㅋ