I know that she's a grandma, but is it really necessary to shove him like thatㅜ

source: KNK
The choreo for this was done by the same person who did VIXX's Shangri-La which explains the brilliant usage of props.Truly some of the best of the year.

UEE & Kangnam reportedly have broken up after 3 months of dating due to busy schedules https://t.co/rgPaXHbRzP pic.twitter.com/zKQaM78vD4

Kangnam's agency has confirmed the news.

[Spoiler (click to open)]
23/06/2017
Celebrity M and N's dating news has been gathering attention, but the reality is otherwise. People who know M and N say they're not romantically involved like they appear to the outside world, N is far from the ideal of M. But since it was reported, they're just playing along with it. Dalshabet, Sonamoo, Berry Good, and Dreamcatcher will hold a performance together.

On the 24th, Interpark notified the public of the “Girls Live Concert” with Dalshabet, Sonamoo, Berry Good, and Dreamcatcher. The performance will be held on August 19 at 7PM at the Seoul Jangchu Arena.

Officials say, “We are waiting for the stage of Dalshabet, who captivate with an upgraded sexy and mature charm, and Sonamoo, who are cheerful summer girls who have have receive attention as the most anticipated group in the second half of 2017 as their appeal with cuteness and loveliness. Additionally, they will be together with Berry Good, who have raised attention lately with their “Bibbidibobbidiboo” of a bright and fresh charm, and Dreamcatcher who possess a fantasy charm from a rock metal concept girl group, which is unique in Korea.”
There are plans in Busan following the Seoul concert. The Seoul concert tickets go on sale on the 26th at 7PM.

Trans: To me, SNSD is like a country. It's a process of discovering what I can do best. Within SNSD, I've been able to do diverse things. Everyone eventually goes back to their home, and their hometown, so I hope members are home-like. I hope that SNSD can be a (home-like) existence to (each member of) SNSD.

yesss at this song

Jonghoon revealed that he & Son Yeon Jae had already broken up after their dating news surfaced😮 pic.twitter.com/EAsq4Sluwt

Sad that it ended like this for them.
[They seemed like a cute couple from the pics.] 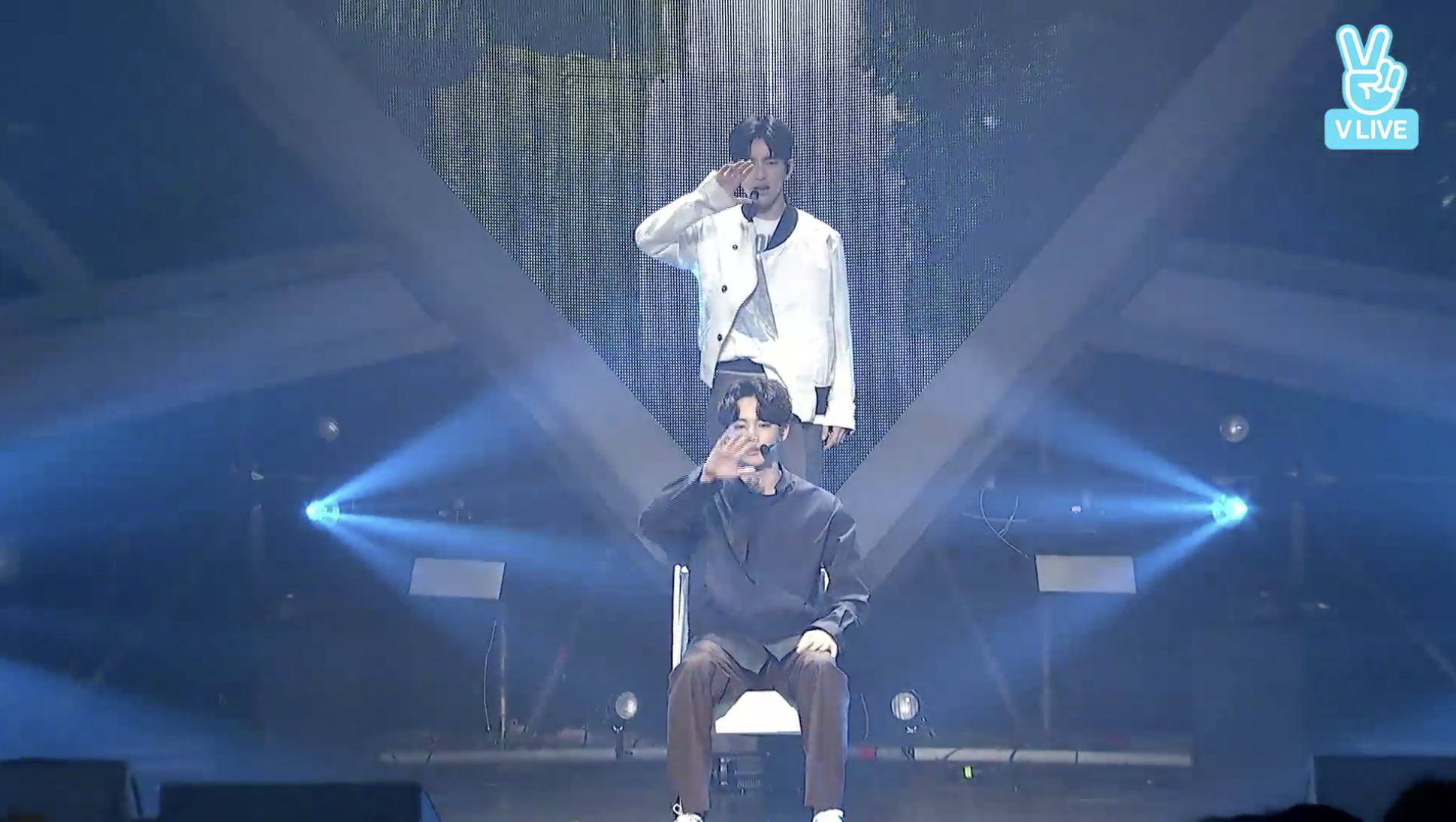 I LOVE the choreo, it's is so so so gorgeous, has a bit of a contemporary dance vibe to it, and JJP's syncronization is out of this world

P.O.P’s Yeonha will temporarily be on hiatus due to health issues.

Her agency, DWM Entertainment, released a statement on August 1 which stated, “Due to her busy schedule, Yeonha’s health is in poor condition and she is currently undergoing testing to see if she has myasthenia gravis (nueromuscular disease). As an agency, we hold the health of our artists to the upmost priority and decided it would be best for her to take a rest and focus on treatment.”

The agency also said, “We apologize to P.O.P’s fans for the worrying message and hope that Younha gets well soon. Please continue to support the group.” P.O.P will continue to promote their first mini album “Puzzle of POP” as a five-member group.

Magazine Ho: 🎼
🎤Jung Seunghwang - If It Is You (Another Oh Haeyoung OST)
🎤Bruno Mars - When I Was Your Man
🎤Kotoba Ni Dekinai
🎤Sam Smith - Lay Me Down
🎤Music Soulchild - Forthenight
🎤Park Hyo Shin - Wild Flower
🎤Jeremih - I Think Of You 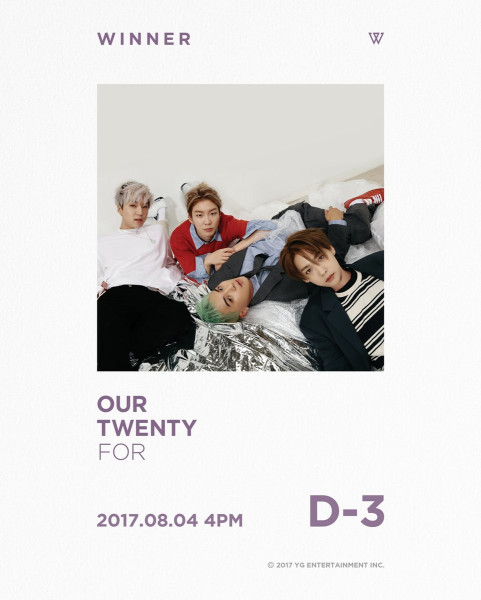 Kim Yong Jin, who appeared in Mnet’s “Produce 101 Season 2,” revealed that he has received a diagnosis of glaucoma.

Glaucoma is a condition of the eye in which the pressure inside the eye increases. It can lead to various vision issues, including blindness in some cases.

Meanwhile, Kim Yong Jin had also revealed recently that he will be releasing a solo album with a self-written song, making the news all the more heartbreaking. ONGONGONGOONGONGONOGGNNONGG!!! and my beautiful sons!!

JB of GOT7 recently did an interview regarding the JJ Project, which includes him and GOT7 groupmate Jinyoung. Well, he wanted you all to know that he loves him, but totally no homo.

No need to make it a federal issue or whatever, but paired with other statements like this (mistranslated but still the general vibe remains), he is definitely King Of No Homo.

HENRY has participated in the songwriting of EXO's ‘전야 (前夜) (The Eve)’. Enjoy the DEMO Ver. sung by HENRY!

( Collapse )
Thank you to OMONA for always delivering the news and giving us a platform!

I'm a Weki Meki stan, and so are you. Any questions?

i see winner in shorts and i miss you, little bb onions.

Posted the (AMAZING) choreo in the comments! 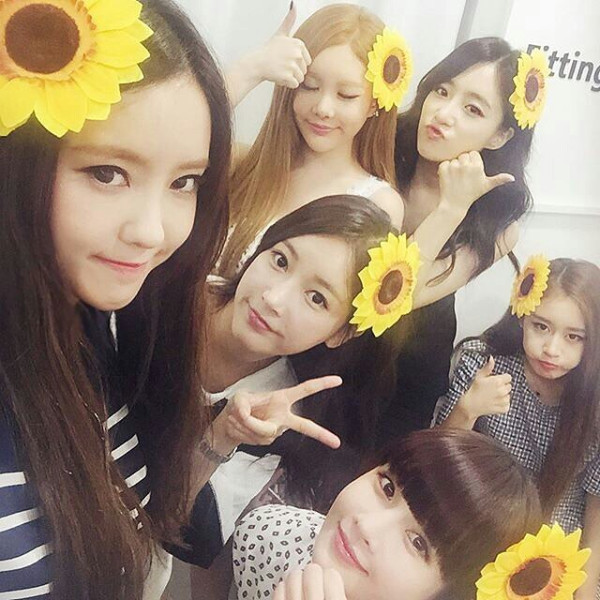 T-ARA recently came back with "What's My Name" without Soyeon and Boram however this didn't stop the former members to celebrate with the other girls. T-ARA and Queen's share a symbol of a sunflower 🌻  - sunflower is the flower of adoration and the Korean meaning is "facing the sun" so for us (T-ARA and Queen's) it symbolises "I only have eyes for you". This analogy has become a symbol in our fandom. Ssoram showed their support on social media by posting sunflowers and so did OT4. With this in mind and other news such as Boram telling Queen's to trust T-ARA and not MBK, fansites posting about T-ARA reuniting and the members liking those posts - is there a possibility of a reunion at the end of 2017???

My faith in OT6 is once again restored. Favourite memory of T-ARA? Who was your initial bias and who do you like the most now? And of course since T-ara are THE Queens and Chameleons of Concepts™ what is your favourite concept/song by them?
[my answers]My initial bias was Hyomin ever since I saw her perform on stage and she has remained my queen since then - great taste in movies, music, aesthetics, fashion, kind hearted, dorky. My favourite memory is probably when they became my #1 ultimate group - I knew/loved them since debut but only realised my ultimate love during Number 9 era. I think the time when my face appeared on their showcase and they teared up also is one of my biggest highlights. I'm super grateful for that opportunity and to be recognised as a loyal Queen's that even my face was shown in Hyomin's birthday video. My all time favourite song by them is For You but going by title tracks it is Sugar Free/Number 9/Roly Poly and concept is Roly Poly or the Day by Day/Sexy Love videos.

the 5th mini album comes out on August 9th 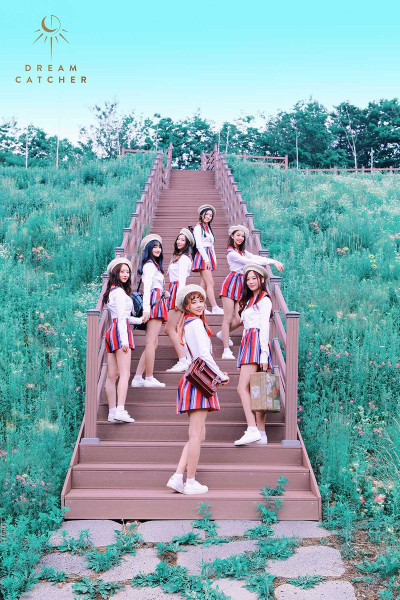 Girl group DreamCatcher will be meeting with fans all over the world through a world tour!

On August 1, their agency Happy Face Entertainment revealed that after they wrap up promotions for their first mini album “Prequel,” they will be going on a world tour.

they're doing really well! their m/v has hit 6mil views and they're currently no1 on melon<3
what's your fave track, omona?


(sorry mods, hopefully this time I didn't forget anything!!) The MV was released yesterday but I'm pretty sure I didn't see it posted around here and I thought it would be nice to share. Shannon is a pr*ck but this is a very good song and this mini is her best release to date, imo. The choreo is really nice too.
Collapse