It’s only a matter of time before “Woman of Dignity” breaks the record for JTBC’s highest drama ratings ever. Though many have been expecting the drama to do well, the speed at which ratings continue to increase has surprised many.

The 11th episode aired on July 21 and hit nationwide ratings of 8.476 percent, according to Nielsen Korea. This is a 1.577 percent jump from the previous episode, which scored ratings of 6.899 percent. The series is only approximately one percent away from the record set by “Strong Woman Do Bong Soon,” which peaked at 9.668 percent. (OP note: the drama got a 9.131% rating for the 14th episode nationwide*).

Once the sixth episode aired, the drama suddenly started enjoying an uptick in ratings. The drama was up to the four percent mark in episode 6, and went up another percent by episode 8 the following week. Episode 10 got the drama its highest ratings yet of 6.899 percent, which was easily beaten out by episode 11’s ratings.

What’s most surprising is that these numbers are coming from the drama’s Friday episode. The drama airs in the same time slot as popular variety shows like MBC’s “I Live Alone” and Mnet’s “Show Me The Money 6,” so Friday episodes usually have lower ratings than Saturday episodes. But with the July 21 episode breaking a record for the drama, it will be interesting to see how quickly the drama will become JTBC’s most-watched drama of all time.

"Woman of Dignity" is about Woo A-Jin (Kim Hee Sun) who lives a luxurious life due to her wealthy father-in-law, but her father-in-law's finances become decimated and when her husband betrays her, Woo A-Jin's life hits rock bottom. Park Bok-Ja (Kim Sun Ah) is a mysterious woman and she hides her heartbreaking story. She brings about fierce hardship on Woo A-Jin.

Source: Soompi (via Naver), Asianwiki, *Nielsen according to wikipedia.

I finally caught up since my last discussion post.. Is anyone watching this? 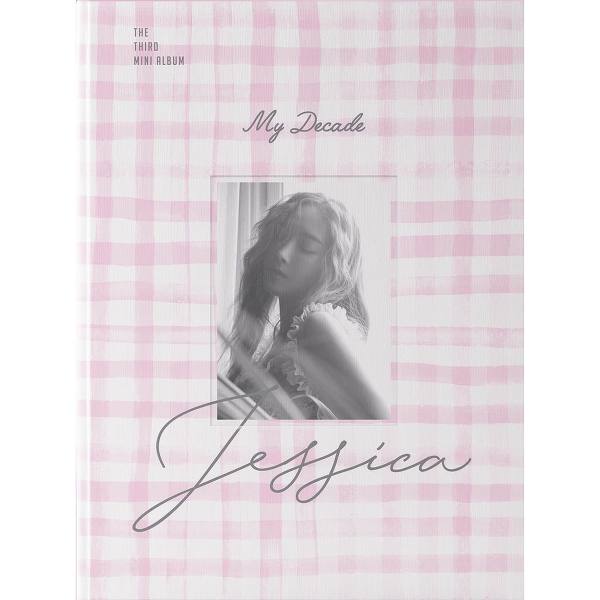 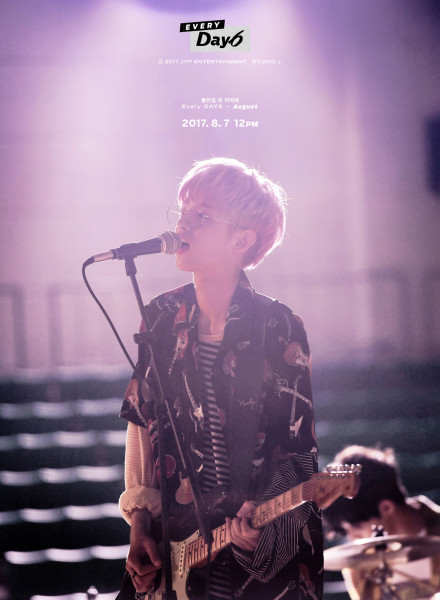 BLACKPINK will be backing up Taeyang at his world tour concert in Japan!

From August 5 to 6, BLACKPINK will be opening Taeyang’s concerts held at Hotto Motto Field Kobe in Japan.

Are you also compassionate to your local labelmates, omona?

bop of the summer!! if i were 10 years younger i would marry him
edit: 1theK just added english subs! the lyrics are so cute!

Translation: I remember all of the first stages. They were all frantic & at first, we were nervous and there were many moments like that. We were able to run all the way here up to now because we enjoyed what we are doing. If we were to go back, we might think of how we can be more safe or more fun but I don't think we would change anything.

back to boring songs yay...

SONAMOO has dropped a teaser for Part 1 of their 3-month comeback project, "Happy Box"

According to the teaser, the girl group will be showcasing a more mature image with this single, titled "Friday Night".

SONAMOO have been pretty quiet since releasing "I Think I Love U" in January, but the girls are preparing to return in a major way.

The TS Entertainment girl group have just announced their "HAPPY BOX" comeback project. The project will see the girls release three new songs, one per month, beginning August 14. They'll then release a new album, containing the three pre-release tracks (and most likely a new single), at the end of the year.

SONAMOO have been keeping busy with solo activities since their last release. The group's maknae, NewSun, is currently starring on TvN's Criminal Minds; Sumin is a host on Disney Jr; and D.ana starred in the popular variety show Idol Drama Operation Team and was part of the project group, Girls Next Door.

Had a bad day? Need something to make you laugh? Watch this! xd will they be able to top jang moonbok's (#givethatmanatag) 2x speed pick me dance? find out next week! On July 28, Lorde performed for the first time in Korea at the Jisan Valley Rock Music & Arts Festival. In an email interview, she revealed that her high school friend introduced her to 2NE1 and Girl’s Generation.

In regards to her interest in K-pop, she said, “I think there are many amazing artists in Korea. I especially like former 2NE1 member, CL. I would love to collaborate with her.”

Lastly, she expressed her love for Seoul as well. She said, “Seoul is a beautiful place, and I felt a lot of positive energy from the city. I especially loved the chicken flavored snacks. Give me some recommendations next time!”

Who wants to see a Lorde and CL collaboration? 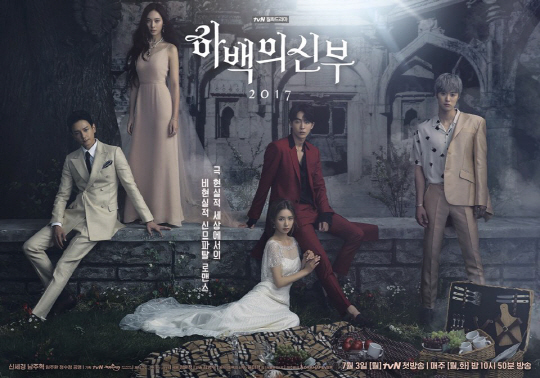 "ayo ayo what's up man, my album just came out right now, go stream it, it's awesome man"
too much autotune (wayd brave bros) but "sixteen" is a bop. "with u" gives me early 2000s american pop vibes.
SUPPORT SAMUELITO KPOP NEEDS HIM 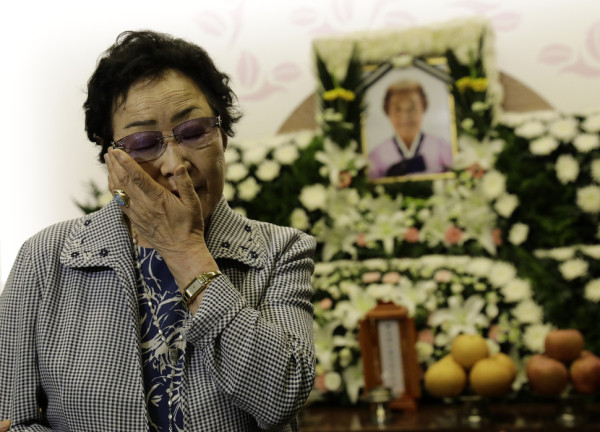 Kim Gun-ja died of old age, without receiving the apology and compensation she had been hoping for

Japan's behaviour is so fucking shameful. The ignorance of my country in this matter makes my blood boil!

[!!!] read these 3 amendments carefully about what has going on with stellar, we'll delete our post about it pic.twitter.com/gMYjWcCELG

Source: WANNA ONE All For

they're ALL SO CUTE!!! I don't know what I love more.. ong's body rolls, my swaggy son lgl's "whats up yo-hi!", sungwoon using his spongebob voice, or baejy being the cutest thing ever getting embarrassed at himself

i forgot to make a poll, but sound out below if you want a streaming post for Wanna One Go (if links are available) or if regular discussion posts for subbed eps will be enough for you

Strongest Deliveryman depicts the story of a bunch of deliverymen and women for a Chinese restaurant who have less than pennies in their pockets who have to face the harsh daily realities of working a thankless job in a competitive industry. But despite it all, they somehow keep their individual hopes and dreams alive.

Go Kyung-pyo takes the lead for the first time in the role of legendary delivery boy Choi Kang-soo, who is our passionate, loyal, and righteous hero. According to an interview with the actor, he even picked the unique permed hairstyle himself in order to fully immerse himself in this new persona and show off his character’s carefree personality.

His love interest/bickering partner will be played by Chae Soo-bin, whose character is no slouch in the delivery business herself. She’s well-known as one of the fastest delivery people in town, but her main focus is money: She wants to earn as much as she can to escape her unsustainable paycheck-to-paycheck situation.

I'm still not exactly sure what this drama is about, but I like the leads (especially Chae Soo Bin) so I'll check it out. I thought Kim Sun Ho was adorable in Chief Kim so I'm happy he's the second lead. 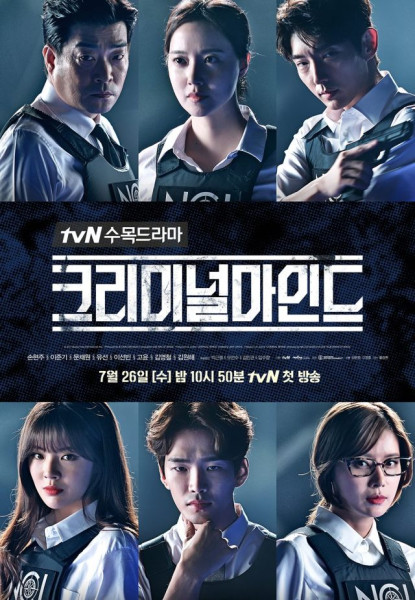 The city of Seoul is to work with newly released TV drama series, Criminal Minds, for a campaign launched to prevent dating abuse against women.

On July 31, Seoul City and Criminal Minds announced their cooperative campaign to enhance civic consciousness about dating violence against women. Over the following two months, the two will run street and social media campaigns to introduce the city’s new policies on women’s safety.

source: Korea Daily US via News.Joins

the original can be found here

All those flowers! It's so pretty 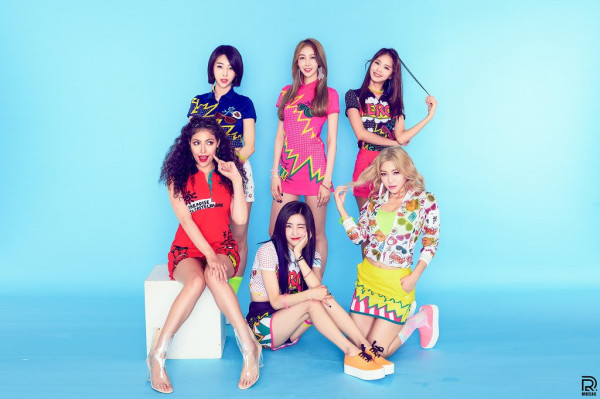 click for larger
Girl group BP Rania is making a comeback with their new song, ‘Beep Beep Beep’.
BP Rania who has mainly been doing sexy-themed songs are coming back with a song that is easier to listen and enjoy. And they will be interacting with the public through guerrilla busking sessions first instead of music broadcasts.
Their agency, DR Music, on the 2nd of August, said, “BP Rania, who became an issue due to the choreography in March, is coming back with a colorful concept through busking in order to get closer with the public instead of a showcase.” (read: DRM'S TOO BROKE TO PAY FOR A SHOWCASE)
Their busking schedule is from the 5th to the 8th of August in Seoul, Daegu and Busan and they are expected to be performing their new song.
The title track ‘Beep Beep Beep’ is a retro house genre song with bubbly lyrics produced by Kim Geon-woo, who has produced many works with MC Mong.
translated by @nineonef1ve (original source: Naver)

Alex returned to Korea only a couple of days ago so this pic has to be really recent. no news on their music video yet except Hyeme's post on teaser filming (a freaking LAMBO?!).. also two other songs were submitted to KBS along with Beep Beep Beep - Breathe Heavy and No Dab - so hopefully it's at least a mini. waiting for DRM to fuck this round of promos up again but in the meantime I'll enjoy this colourful group pic AHHH THEY ALL LOOK GORGEOUS!!! which outfit do you like most Omona?

*EDIT: send your congratulatory messages for their comeback here! FOC translation to KR/CH ^^

9 million YT views in 24 hours, 17k+ albums sold so far and they reached #1 on Melon! So proud of my girls!
Collapse