SHINee member Taemin will officially make his debut as an actor in Japan through the Amazon Prime drama, “Final Life- Even If You Disappear Tomorrow.” Reported by Japanese newspapers such as “Sankei Sports,” news of Taemin’s debut, as well as the release date of the drama, was released. The first episode of “Final Life- Even If You Disappear” will air on September 8.

“Final Life – Even If You Disappear Tomorrow” is a human drama about two men with two totally different backgrounds who meet at a secret police organization and try to solve difficult cases together.

Taemin will play the role of Sung Shi On, a man who is smart enough to graduate at the top of his class at a prestigious medical school in the United States, but becomes the test subject for a secret project and loses his memory. His counterpart, a man who grows up in poverty but becomes a detective, will be played by Shota Matsuda, the Japanese actor famous from the drama “Boys Over Flowers.”

His fans were awful to Jeon Hye Bin. Not ready for the resurgence of LJK/IU shippers.

Produce 101 group Rainz confirmed to debut in October with a mini albumhttps://t.co/lE8yLg9p4w pic.twitter.com/WlxSUvbhT8

Hearing that K-Wannables caused commotion @ Music Bank like jumping over barriers, forcing WANNA ONE to enter building from diff entrance. This will probably be why there won't be any photo line pic of WANNA ONE like there are for other artists who attend Music Bank this week

BoA is celebrating almost two decades of her career today!

BTS has met many international stars recently from Charli XCX to MAJOR LAZER and more. Well, it looks like their list is about to add actor Ansel Elgort!

The American actor revealed his plans to meet BTS in a tweet and said, “Excited to see you guys tomorrow,” and tagged BTS’s official Twitter account.

Meanwhile CL has Lorde asking for a collab! xx

The August 24 episode of MBC’s “Real Story Eye” centered on the murder of actress Song Sun Mi’s husband. The current affairs program went to the funeral and released footage that was secretly filmed there.

out of respect, i'm not going to post any images or videos from RSE. it's one thing to air a show discussing about the murder, but the fact that cameras didn't have Sun-mi's permission to film the funeral is a low blow & it pisses me off. let the family grieve for god's sake

Jackson has been confirmed to participate in this year's Tencent All Stars Basketball Game happening on September 10. He's practicing with professional trainers to show his best side at the match.

Basketball used to be Jackson's second favorite sport after fencing and he was in a basketball team in high school.

YMC responds to the Kim Jaehwan incident, saying that they check w/ MBC and nothing was wrong, a misunderstanding from Intl' fans

i took these pics but my phone got hacked and now they're all over the internet :(
[real talk TRIGGER WARNING]stanning aside, he looks so skinny and pale, almost like a chicken. he recently revealed in an interview that he only weighs 60kg. i know he's busy preparing for his second album but please someone feed my man

Get it, Yoongi! Can we please have a Tablo x Agust D collab too? 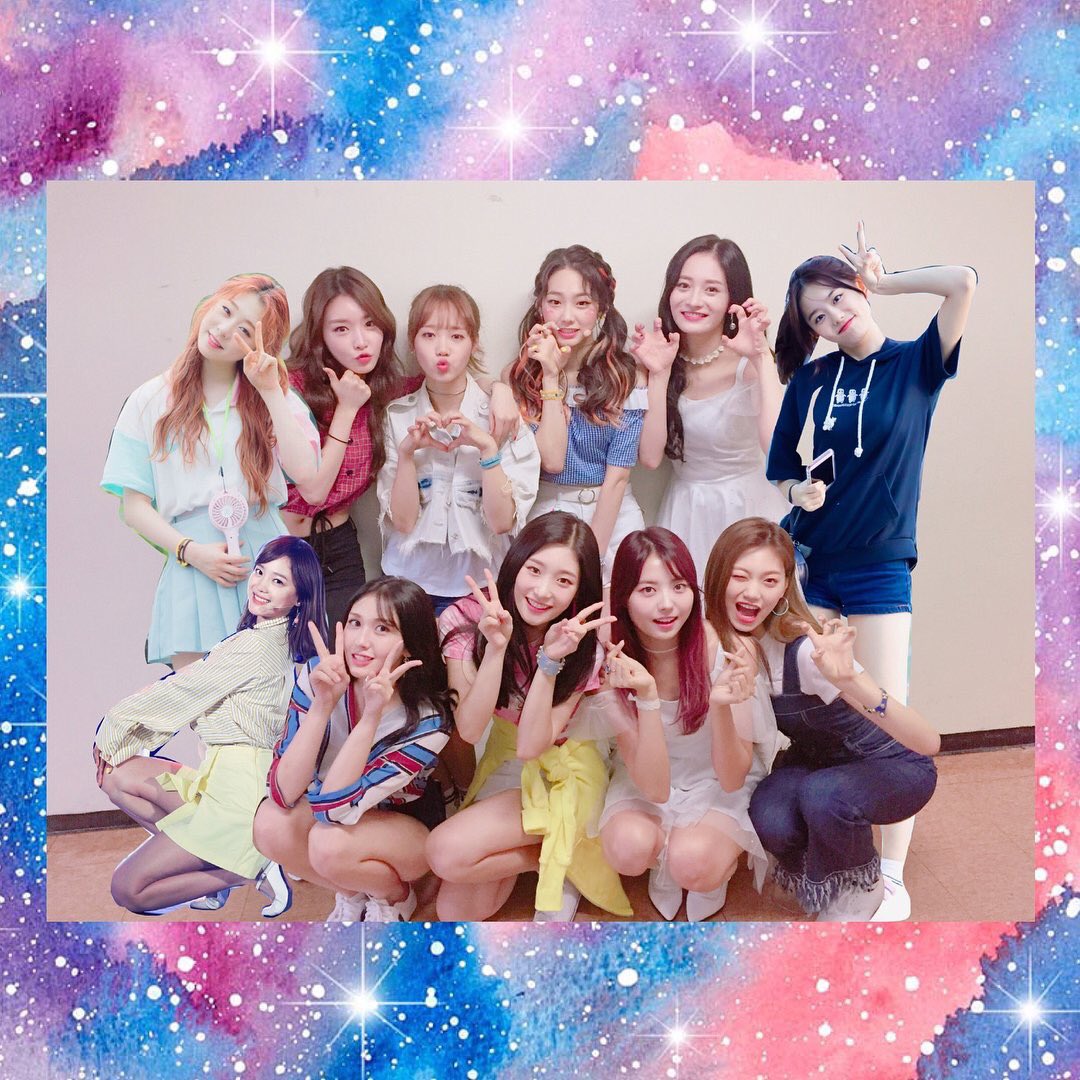 somi edited in the missing girls in this picture ;~~~~~;

THESE GIRLS JUST MAKE ME CRY, THEY LOVE EACH OTHER SO MUCH, DON'T TOUCH ME.

Their reaction to the crotch slamming choreo lmao

I woke up this morning with my phone in my hand and the screen on the BevMo website, so I’m ready for the weekend! Every Friday I check the charts in a past year for this day and share the top three songs. Then, I share two more from the top ten as honorable mentions. This week, let’s see what we were listening to 5 years ago, in the 4th week of August, 2012. A nice mix of songs this week.

#3 10cm “Love Forms A Drop”
Doesn’t the guy in this MV look like a young Eric from Shinhwa? I totally think he looks like Eric. Is this Eric? Nah, can’t be.

Yesterday, Koreaboo wrote an article about Wanna One‘s Jaehwan and a video released by MBC. The story instantly spread amongst Wanna One fans and multiple Korean media sites, becoming a highly controversial topic.

What started the controversy?

In a video released by MBC‘s Show Champion, Jaehwan appears with subtitles below him saying, “Yo! 내가 What’s up?! Come on!”. The subtitles do not reflect what Jaehwan allegedly said in Korean, “Yo! 내가 왔어! Come on!”. You can see both the subtitles and audio in the clip below:

The video spread through Twitter and was immediately labeled as being inappropriate by some. However, fans defended Jaehwan to say that he was not being racist and simply speaking Korean.

Jaehwan is not being accused of being a racist and intentionally being offensive. His message is in response to a fan who asks the group, “Appear in front of me?”.
( Collapse )
sources: koreaboo, @skouitch 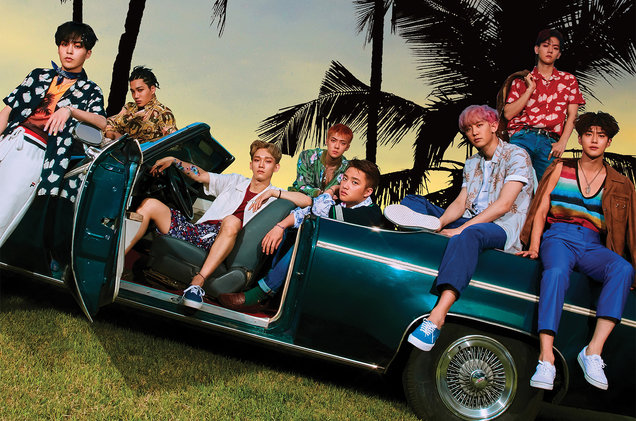 These are cliff notes of the article, you should definitely go read the full interview at the source

• The Eve: created @ a song camp, producers wanted something dark and mysterious, but performance driven. It was originally for Henry but everyone agreed it would be perfect for EXO (thank god)
• Kokobop: aimed for a reggae-pop song and added the drop. Didn't know it would be for EXO, but SM considered it for a female group because the demo was recorded by one of the female producers and the song was in a higher range. Chen, Chanyeol and Baekhyun all individually wrote lyrics for it, then combined their work into what fit best.
• What U Do: written in december, originally composed for NCT, SM wanted something "danceable but not synthy"
• Forever: producers were aiming for Monster 2.0, but bigger
• Diamond: created after seeing EXO live at the Olympic Stadium, inspired by the energy of the group and the fans; wanted to create a 3 minute long audible movie through this song
• Touch it: first received almost 2 years ago and it took months of work for it to be the final product they could hand over to a big group and was created with the thought of a fun live performance in mind. chen relied on his imagination for most of the lyrics
• Chill: written at a SM song camp last year, both sm and exo loved the song from the get-go; no demo was recorded for the song when chanyeol began writing the lyrics for it
• Walk on Memories: inspired by justin timberlake's cry me a river and 90's rnb and jazz. EXO's team loved the song when they received it but wanted to change parts to reflect the fantasy theme they were going for on the new album
• Going Crazy: track is over a year old and originally supposed to go on ex'act. (op: an earlier version was used on a vcr at exo'luxion)

i love reading interviews like these, they're so fascinating. i hope exo get more and more input to hear them talk about it

Are you ready for the new manifesto for music?

Cute 99-ers Jiwon and Nayoon ('Morning' subunit) spend a chilled-out date getting to know each other in a food market and making friendship bracelets while eating dessert. Nayoon has to deal with Jiwon's awful puns.

After a break last week, drama round up is back (and so is OP's drama watching motivation)! Bride of the Water God finished its run on tvN this week. Woman of Dignity finished last weekend on JTBC with record ratings, with Age of Youth taking over the time slot this weekend (still no subs as of the time this post was made). MBC's Man Who Dies to Live, riddled with controversy, finished its run with high ratings. Hospital Ship will take over the time slot starting Wednesday August 30 (preview post forthcoming).
( Collapse )

In case you missed it, we have a new drama discussion tag (thanks mods!). Be sure to check out posts for dramas you're watching. If you ever want a discussion post for a drama and don't want to do it yourself, send me a message and I'll make one for you. :) What have you been watching, Omona?

A Seoul court on Tuesday ordered a man who was convicted of murdering a young woman last year at a public bathroom near Gangnam Station in Seoul to compensate her bereaved family for their mental and physical distress.

The Suwon District Court’s Seongnam branch ruled that the 35-year-old man, surnamed Kim, must pay 500 million won in compensation to the victim’s parents. They filed the suit after Kim stabbed their 23-year-old daughter to death in May 2016 “because he hated women.”
( Collapse )

the fact that the police isn't calling the murder a hate crime .. *rme*. i'm glad the suspect is rotting in jail tbh 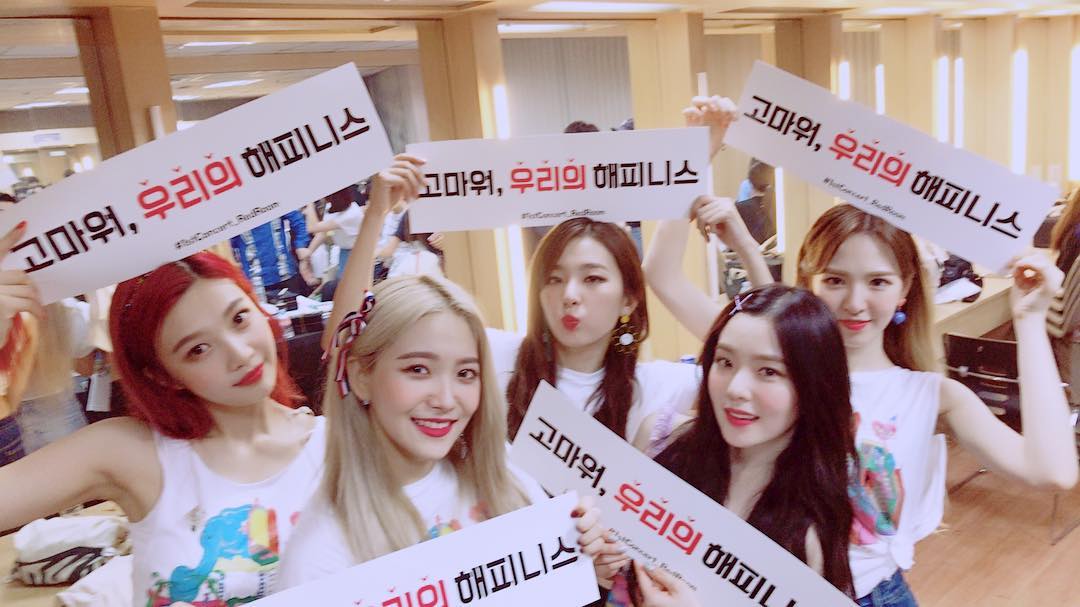 Red Velvet successfully wrapped (like a week ago, but let's ignore that) their 3-day concert held at the Olympic Hall on 19-21 August. Around 11.000 fans were in attendance each day! Thank you to

kenziekinz09 for the huge help with the fancams, this was hellish to hunt down and there are some VCRs and Russian Roulette missing that I couldn't find anywhere. Post is media heavy of course.

this was not a concert, it was an experience! i looove that it had an entire plot going on and was so theatrical, the setlist was perfect and i'm here for every single outfit. congrats my babies! now come to europe so i can see this magical concert too

There you have it, #MyDay! Stay tuned for more details 😊 Which city will you attend for #DAY6inNA2017? pic.twitter.com/B8PH6NaqoP

i'm CRYING WHY COULDN'T THEY COME TO CHICAGO but detroit isn't that far away, i want to go SO BADLY. ticket prices and times aren't out yet but i would drop $300 EASY to see my boys live.
Collapse