TL;DR: “저기요 (Hello)” was originally written for 2YOON, by Primary, and like all things at Cube, was pushed to the side and ultimately ended up being unused. Despite Primary saying he'd compose a different song for her, Jiyoon wanted to release “저기요 (Hello)”; the release got pushed back, yet again. It was supposed to come out in July. Jiyoon also mentions Hyuna—says she's an industry veteran, and that there's “no room for comparison” between the two of them because of that.
( Collapse )
( Collapse )
SOURCE(s): donga (translation via cherryblurs@twitter); gangdongwoo@ig; ninanomuu@ig (some other pics deleted); officialjenyer@twitter (translation via 4mf_trans@twitter)

Alex went on Reddit and did her very own AMA today where she answered a bunch of questions. Obviously she wasn't able to spill the tea on everything because of "confidentiality on some topics", but nonetheless she had interestings stories to tell. I'm not gonna post every Q&A, check out the full AMA at the source.

All songs written and composed by Junho; Canvas, Instant love, Fine, and Run to you are from his Japanese EPs; Nobody Else and WOW are solo remakes of 2PM tracks; the new (last) song is You'll Forget Anyway feat. Cheeze; Sana from TWICE will be featured in an MV for Instant love.

[INFO] 170831 A.De to pre-release track 'Laputa(Kiss in the sky)' from their new album today at 12PM KST pic.twitter.com/UTREPd7KtV

A simple piano ditty fitting for the upcoming fall season. You can listen to the rest of the "Fade Away" EP on Youtube, Spotify, iTunes or Google Play.

bonus fact: if anyone remembers the group called 'Littles' that was supposed to debut in 2012 (but received criticism for the young ages of the members, and never debuted), vocalist Haeun was in their lineup (at 13).

I've been needing a cute romcom and I hope this is it. I'm happy Kim Ji Suk is finally getting a leading role!

had to post this goodbye stage cuz it was cute as heck! had a stupid grin on my face every time they did a heart. bless handong and yoohyeon for being so into that wee woo cover!

a reward for 3 million views!

dang, chungha getting all the features! RISE NEXT KPOP QUEEN

OP note: i know nothing about the guy but i read some comments saying he used to be a member of a group called n-train? added the tag since we actually had it lmao

Did anyone go to KCON LA this year? Which groups/performances did you enjoy the most? Share your experiences!

Twice were spotted doing some kind of a shoot in their Like Ooh-Ahh outfits today. People were saying there was too much crew just for a photo-shoot, other people were saying not enough crew for a movie-shoot. Since a comeback is all but guaranteed for October at the latest, it's not really surprising they would be filming. The outfits are interesting though.

lmao I love them and I understand capitalism but even I'm starting to feel like JYPE is oversaturating their fans, there's a new release every month? they're being worked to death

This is a remake of the Seo Taiji and Boys' song as part of the 25th anniversary project. 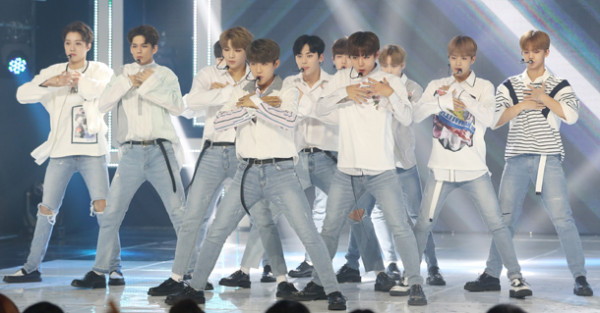 Since their debut, boy band Wanna One has been setting record after record. On Aug. 7, Wanna One held their debut performance at Gocheok Sky Dome in western Seoul, an arena that can hold a maximum of 25,000. Their song “Energetic” topped music charts immediately after its release.

The response to Wanna One has been more explosive than anyone could have imagined. Yet, the group has been met with criticism since before they even set foot on stage. The rapid rate at which Wanna One has been able to flourish thanks to the huge investment of CJ E&M, a large entertainment company, was a source of concern for many management agencies who complain that the group has a significant advantage over the competition.

really, really interesting read with lots of different connotations. wanna one is being worked to the bone and basically anything they touch is gold, and i hadn't thought about how that would reflect on the rest of the industry. 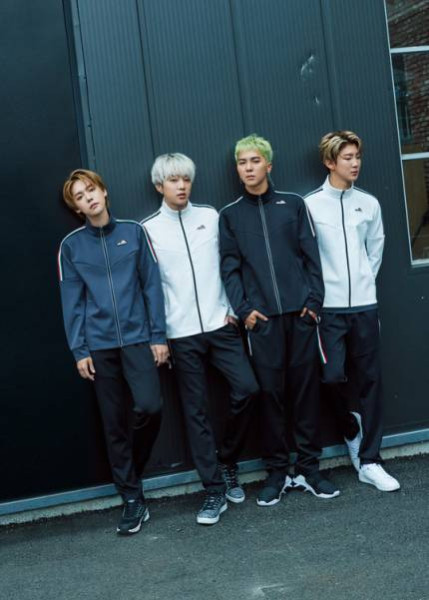 Winner signed the contract as models with Ellesse because of their free-spirited and stylish image resembles that of the brand.


Trophy Cat, a name for the production duo of Aaora (singer) and Friday (producer) from everyone's favorite pro-gay indie idol group AA, have teamed up with youtube beauty blogger and #1 AA fanboy Edward Avila to bring us this track.

The two members of Trophy Cat and Edward went to Kcon together, where Edward and Aaora performed Body and Double A's debut song Because I'm Crazy. Asianjunkie wrote up an account for everyone here who loves AA like I do.

Basically, I'm so disappointed in AA fans on omona for not being on this! I know we have some fans on here...

they also got their 14th win for Energetic today!

okay i actually gasped out loud when i saw that gif, he's SO good-looking????? i want to die, holy crap, what is this aesthetic. i'm not gonna make it to their concert, guys, these teasers will kill me instead

When people talk about music in Korea, most refer to R&B and K-pop groups, yet there aren’t many who talk about rock music. This underrated genre certainly deserves more attention, especially considering many K-pop groups use elements of rock in their own music. So take a look below at some of Korea’s greatest rock artists. You’ll be surprised at how talented they truly are.

02. It's Over
Composed by Kino | Lyrics by Kino, E'Dawn, Wooseok | Arranged by Ferdy, Kino

AAAHH! The title track is composed by Hui and Flow Blow (and producers of P101 Never & WN1 Energetic), and all the songs have the members in the credits as composers and lyricists!! I can't wait to hear it all! 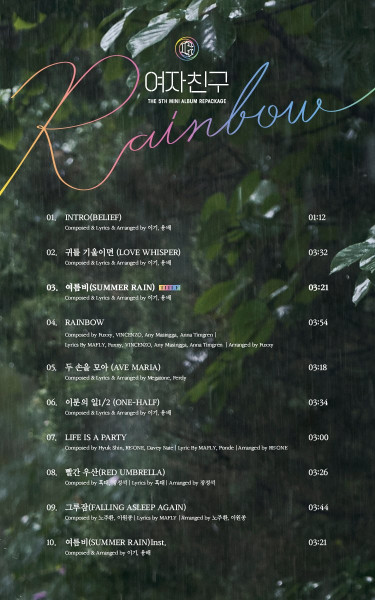