.@weareoneEXO Come to my show for a Lie Detector Test! Reading your tweets-I feel like you've all told a lot of Sweet Lies to many ladies!

Next up on EXO's promo circuit for THE WAR: The Power of Music... a possible appearance on The Maury Show?
( Collapse )
SOURCE: @TheMauryShow

Apple.B debuted barely a month ago on 1st August with WooChuChu. They're under GH Entertainment, who also house boy group B.I.G and used to house now-disbanded girl group TINT. Kara fans may remember leader Yooji from Baby Kara, and mostly recently the group was in the news due to their dorm burning down. Rewards include 'good night greetings' recordings for your phone, autographed albums, hand made aroma candles, autographed polaroids, and more.
At the time of posting, the campaign was funded at 38.4%.

In other makestar news, girl band Marmello surpassed their funding total on their album project (and are currently at 152.7%), with two months still to go before the project closes. Congratulations to Marmello and their fans! EXID have also, predictably, far surpassed their photobook goal. On the other end of the spectrum, Real Smell are struggling at 14.2% with less than a month left on the album project, and may become the second project failure on the website.


I love the "yeppeohaejwo" part, this song grew on me a lot Officials from Banana Culture stated on September 14th that EXID is working towards an October comeback. The title song has already been finalized but the other songs are still under discussion. Solji will participate in the album recording but she will sit out of broadcasting activities.

Solji has been absent from EXID activities since the album 'Eclipse' due to being diagnosed with hyperthyroidism last year. Her health has been improving and she surprised fans by showing up on stage at EXID's fanmeeting. But she will still sit out of broadcasting activities to be cautious of her health.


Shinhye and Jayeon are not the 1NB members who will be appearing on The Unit.
Jayeon however has appeared on a competition show already; she competed on Produce 101 S1 under Happyface Entertainment and placed 86th after the first evaluation round. 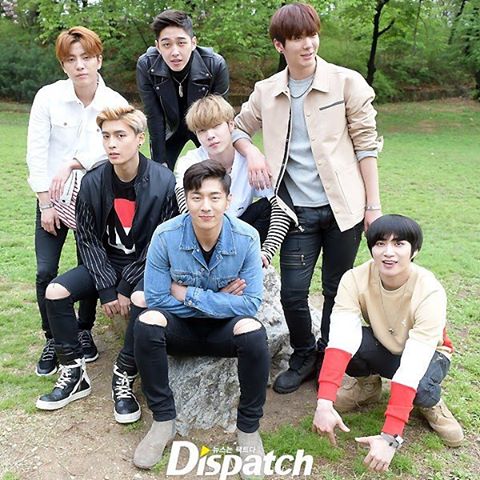 - Debuting in 2014, Madtown released 3 mini-albums and had built up a decent fanbase.
- In December 2016, J.Tune announced they were closing and because of this, Madtown would be without an agency soon.
- To combat this, J.Tune Camp sold Madtown to GNI Entertainment for a down payment of 300 million won. Now Madtown's management rights belonged to GNI Entertainment

- Fast forward to June 2017. Jota is on a show called 'I am an Actor'
- Jota's pretty busy, bright and early in the morning. He goes to rent a car, and (personally) drives to his staff members' houses, where he picks up his hair and makeup stylists.
- At this point, Jota is in charge of everything himself, including paying for everything. He even paid his (few) staff members out of his own pocket.
- Filming for the day is over. Now he goes back to the car and drives his staff members back home.
- After returning the rental car (he's renting per day), he head's back to his residence.
- Jota's now laying on his bed, and receives a phone call. Who could it be from, as he hopes it's from a broadcast official, asking him to be cast in a show. Instead, it's the landlord, telling him his rent is overdue and he needs to move out.

i thought the whole "there is no defined korean street style" comment was interesting...just because it does seem like there is a lack of specific subcultures in street fashion there compared to other countries! was also surprised by some of the lack of availability of name brands that are popular in korean media


Source: ibighit | OSEN via ARMY Base

Mnet made a special twitter account for the BTS Comeback Show where they'll be revealing teasers until the 21st. The first teaser was with Jimin and you can watch it here. He is in his room all cute telling ARMYs he hasn't taken off his 'ARMY' necklace for a week. Mnet also has an event where you can ask questions or make requests to BTS and they will choose someone and send them a signed CD.

The restaurant is finally open! This episode made my cheeks hurt from laughing so much

i'm dying it's really cute and over-the-top and fluffy and i love it also namjoo is hot af and i hope we get to see her character do more over the course of this drama. also Future Star 501 lol real subtle.

ohhh myyy god!! they all look great!! sans that poodle on wooseok's head wtf is that

fun fact: Kino did the choreography for this song!

The choreo is so gorgeous <3 highkey loathing these outfits though, pls stop this @ SouMu

Nam Hong Joo (Suzy) is an unemployed journalist who lives with her mother and puts little energy into trying to find gainful employment. Instead, she spends her time admiring and fangirling for Jung Jae Chan (Lee Jong Suk), a rookie prosecutor who is a rising star in the legal profession.

But when Hong Joo starts having dreams that foretell bad events that will happen in the immediate future, she turns to Jae Chan for help. Despite being annoyed by the pesky Hong Joo, Jae Chan has no choice but to do everything in his power to these prevent events things from happening. But can the unlikely duo act in time to save people’s lives?

“While You Were Sleeping” is directed by Oh Choong Hwan. It is not related to the 1995 American film by the same title starring Sandra Bullock. The script is written by Park Hye Ryun, who previously worked with Suzy on her acting debut in the television drama “Dream High” (2011) and with Lee Jong Suk in the dramas “I Hear Your Voice” (2013) and “Pinocchio” (2014).