They're all the cutest! Loved the ep.

Beep Beep Beep who??? they're doing so much better with Breathe Heavy although their company isn't even doing the bare minimum to promote this comeback. please support my beautiful flops ;_; ❤️ #JUSTICEFORBREATHEHEAVY

Sik-k will be dropping an EP on 9/21 at 6pm KST. The EP will be produced by BOYCOLD. "Get That Money" is the first single from the EP.

Mino and Seunghoon went to London Fashion Week and sat front row at Burberry. According to the Vogue article, they got early access to the Spring 2018 collection (the one that was being shown this week) and were spotted around London wearing pieces from the collection. Vogue calls them best dressed at the show, rising above stiff competition.

In Burberry’s front row, the competition for best dressed can be stiff—particularly for men. With editors, actors, and athletes filling Old Sessions House, it can be hard for new faces to make an impression. The stylish members of South Korean boy band Winner, however, rose to the challenge. Bandmates Mino and Hoony, aka Song Min-ho and Lee Seung-hoon, arrived at this afternoon’s show wearing pieces taken directly from Burberry’s Spring 2018 collection and caused an immediate sensation

Vogue later goes into Winners love of fashion, and call them one of the best dressed bands in the world.

While both Mino and Hoony looked smashing at Burberry, their style appreciation isn’t limited to one brand. They’re used to taking the kind of risks associated with chart-topping pop stars: From Mino’s love of eclectic pieces from streetwear brands like Supreme to Hoony’s closet full of Balenciaga collector’s items, the duo never holds back when it comes to fashion. Together with fellow members Kim Jin-woo and Kang Seung-yoon, they make up one of the best-dressed bands in the world. With fashion month still ongoing, the four of them may still be spotted in the same front row.

While it might not always hit OP's personal taste just right, Winner sure aren't afraid to take fashion risks. And as a fan of Burberry in general, I'm pretty excited about this. Here's hoping Seunghoon uses that face for a campaign because he looks dope in those jackets.

BTS is the next group to guest on “Let’s Eat Dinner Together”!

On September 17, a source from JTBC confirmed, “It is true that BTS will be appearing on ‘Let’s Eat Dinner Together.’ A few members are filming for the program today.”

It has not been revealed which members are participating in the recording.

“Let’s Eat Dinner Together” airs every Wednesday via JTBC at 10:50 p.m. KST. The broadcast date of BTS’s episode has not been decided yet.

According to this translation they are getting many requests so let's hope for more variety appearances but at the same time let's hope they are taking care of their health. 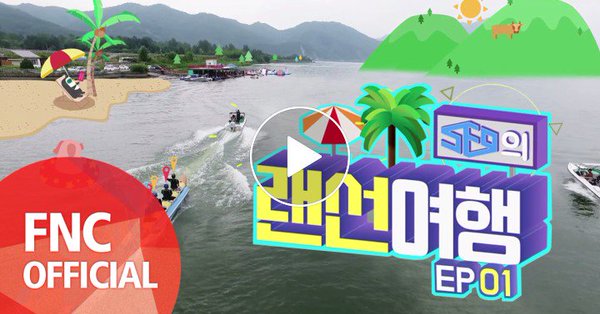 This is SF9's new reality show where they go on a trip together while communicating with their fans via SNS. Each episode is about 16-20 minutes long, there will be 9 episodes in total.

Seola, Sua, Sian, and Donggook go on an adventure on a raft. They enjoy the last bit of summer in the water together as they play games and eat delicious watermelon. Meanwhile, Hwijae comes up with a special plan to stop Seojun and Seoeon from fighting. He separates them and tries to teach them the importance of brotherhood.

SeoSuSian sibs experience a black out and try to remain calm. Jiyong tries to teach Seungjae the value of money. Seungjae walking through the neighborhood with his little trolley of empty Cass bottles is so cute and funny. Also, I've never heard of keeping squirrels as pets. They just seem to be the kind of critters that need to run and climb. Rohui is me, not getting up in the morning without the promise of food lol. I also thought the wedding was a little weird. Like, I get it's pretend and make-believe...but it was just so elaborate.

SO FRIDAY SEPTEMBER 15, 2017, THE BESTIE AND I TRAVELED TO MINNEAPOLIS TO SEE
ROOKIE OF THE YEAR, KARD LIVE IN CONCERT.

1. WE WERE SO HAPPY IT WAS IN MINNEAPOLIS, CAUSE NO ONE COMES TO MINNESOTA.
2. EASY TO TRAVEL CAUSE MINNEAPOLIS IS CLOSER TO US THAN CHICAGO.
2.5 HOURS COMPARED TO 8 HOURS IS GREAT.

MY VIDEOS ARE MUCH BETTER THAN THE PHOTOS I TOOK, I AM SO PROUD OF MYSELF FOR THAT.
(LETS JUST SAY, WHEN I SAW BTS I DIDN'T KNOW HOW TO PROPERLY TAKE VIDEO ON MY CAMERA, SO YOU LIVE AND LEARN)
THESE HAPPEN TO BE THE BEST ONES.
( Collapse )
SO THIS CONCERT WAS LIKE A COMBO OF A FANMEET AND A CONCERT.
THERE WAS PEFORMANCES, A Q&A PORTION, CUTE EMOTIONAL VIDEO SEGMENT, AND A GAME.
DURING THE GAME ON GIRL GOT SERANADED BY J.SEPH AND SHE LIVED. (VIDEO DOWN BELOW)
THEY DID 5 COVERS AND PEFORMED ALL SONGS OFF THE DEBUT EP.

HERE I'VE INCLUDED MY FAVE PEFORMANCES AND THE SERNADE BY J.SEPH
( Collapse )
IN CONCLUSION, I DID NOT WALK IN WITH A BIAS, BUT I WALKED OUT WITH ONE.
J.SEPH, WHAT A FREAKING CUTIE.

SOURCE: ME AND MY YOUTUBE
(I SOURCED MY PLAYLIST, ALL THE VIDEOS ARE IN THERE) 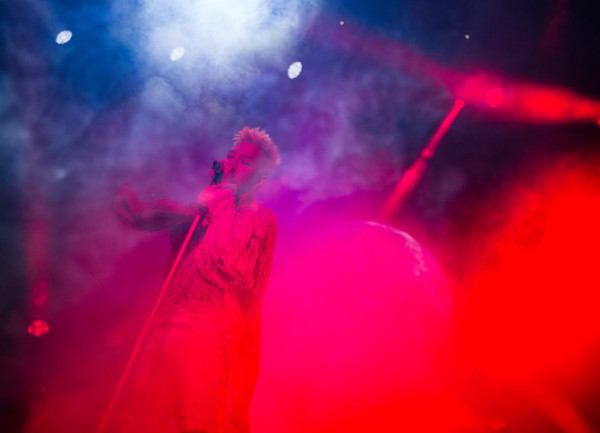 A white night is a natural phenomenon in the arctic where the sun never sets at night during summer nights. Playing off of his stage name Taeyang, which means “sun” in Korean, the Korean singer shone brighter than ever before last night at The Wiltern during his first solo show in Los Angeles. After holding multiple concerts in the past as part of the highly successful K-pop group BIG BANG, Taeyang came back to LA after two years, this time to close out the U.S. leg of his “White Night” world tour.

I only cried twice LOL! He seemed so relaxed and happy at the show. And such a sweet thing to do for a fan! 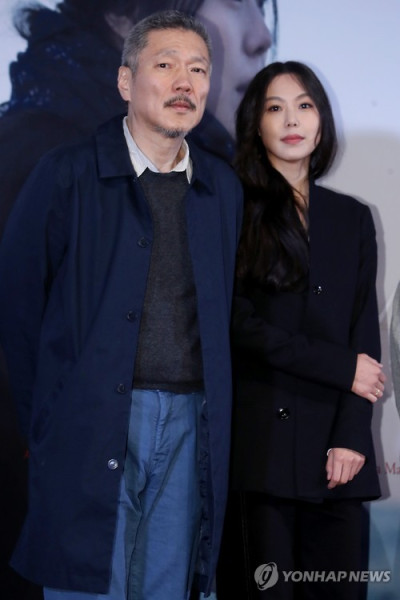 Director Hong Sang-soo will release a new film with his actress-lover Kim Min-hee, according to film industry sources Thursday.

They said Hong began shooting his 22nd feature film early this month with Kim and Kwon Hae-hyo, actors from his previous work "The Day After." "We understand (the movie) recently went into filming," Kwon's management agency said. "We don't know the name and other details of the film yet."

It is the fifth work between Hong and Kim, who admitted to their extramarital relationship early this year, after "Right Now, Wrong Then," "On the Beach at Night Alone," "Claire's Camera" and "The Day After."

Kwon has also worked with the acclaimed filmmaker on four of his films -- "In Another Country," "Yourself and Yours," "On the Beach at Night Alone" and "The Day After."


Is his wife still fighting the divorce?

Volume 7 of BTOB's monthly solo debuts will feature the group's leader Eunkwang who will release two tracks and accompanying music video on September 19 at 6PM KST. This is the final release of the project ahead of BTOB's recently announced October comeback.

This is a present for the fans before the comeback.

On September 14th, DIA celebrated two years since their debut! Let's take a look back at the storied career of this much-overlooked girl group from MBK Entertainment. Though they've had their ups and downs, they've built an identity that's distinct, creative, and cool.
( Collapse )

GFRIEND recently made a comeback with their first repackaged album “Rainbow.”

The group is well-known for having a diverse fanbase across gender and age, especially amongst teen females. When asked about their fans, they humbly answered, “We think its probably because we have an innocent high school girl look. Because we are similar to them, and seem to be close to their age, we think we were able to get so much love and interest because we could be friends with them.”

Would you be buddies with GFriend, omona?
Collapse