I lied. They are all rude.

Jung Ryeo-won plays a rising star prosecutor whose career has been quickly going up, despite the fact that the prosecution department itself is a deeply conservative organization (aka patriarchal and sexist). She’s known for being an authoritarian “witch,” with a Machiavellian philosophy when it comes to solving cases. She doesn’t care about the methods, be they legal or illegal, as long as they get results.

Meanwhile, Yoon Hyun-min’s character did a career switch in life, choosing law over medicine. He used to be a practicing psychologist, but he went back to law school where he stayed at the top of his class for the entirety of the three years. And now, he’s a rookie prosecutor with a strong passion for justice.

Somehow, both Yoon Hyun-min and Jung Ryeo-won end up on the child rape investigations task force, where they join together to solve violent pedophilia cases.

This looks to be a really intense drama, so please make sure you go into this knowing what it's about if you want to watch it. 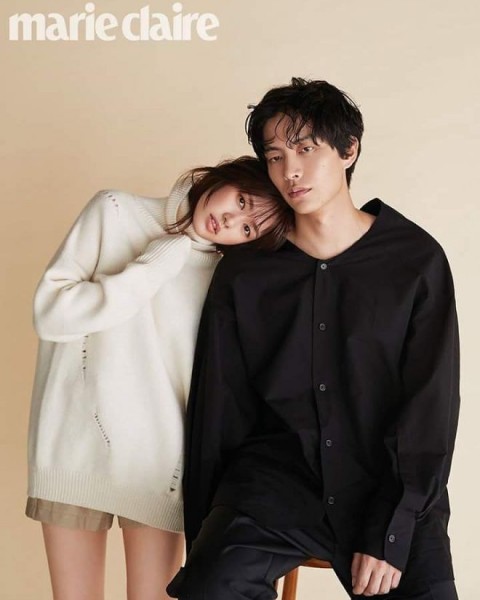 This Life is Our First premieres Monday, October 9 on tvN

Seo In Guk has opened up about the story behind his military exemption.

The actor and singer enlisted in the army in March 2017 to fulfil his mandatory service, but was exempted from duty due to osteochondral lesions, which are isolated cartilage/bone lesions that can cause chronic pain in the ankle.

Seo In Guk became surrounded by controversy after the exemption, with some people speculating that he had taken advantage of his condition to avoid service and citing that he had delayed his enlistment twice before in the past due the same condition. His agency at the time, Jellyfish Entertainment, responded to say that Seo In Guk had not neglected treatment on purpose to be exempted, and that he was adamant to serve.

On October 4, Seo In Guk wrote the following message on his fan cafe about the matter:

Someone tell Got7 to stop hijacking each others teasers

boy oh boy, do i not recognize her! 😬

Korean Youtube sensation Go Toe Kyung also better known as GoToe has been taking the online world by storm with his wacky mash-up cover videos. Since then, he has gained massive popularity not only in Korea but among international K-pop fans as well! We got in touch with GoToe to know more about his journey as a famous online personality and to find out his next move for his YouTube channel. Check out the interview below!
**
( Collapse )

OP note: I wasn't sure if I could post the whole interview, so I chose about half the questions. Read the full interview at the source. What are your favorite GoToe vids?
Collapse