During a recent interview, Lee Byung Hun talked about his upcoming role in the drama “Mr. Sunshine” and addressed the wide age gap between him and his co-star Kim Tae Ri.

When asked how he feels about acting alongside Kim Tae Ri, Lee Byung Hun said, “I’m not sure what our dynamics will be like because I haven’t received a script yet. However, I met Kim Tae Ri pretty often last year because she was receiving awards for ‘The Handmaiden’ while I was getting them for ‘Inside Men.’ I met her, Son Ye Jin, and Park Jung Min as fellow award-recipients at almost half of the awards ceremonies, and there were over 10 of them in total. It almost felt like we had worked on a project together, and we ended up feeling like we’d known each other for a long time.”

Sources: Soompi, Osen
(Resubmitted with the right format mods! ^^)
Omona, is there anyone in this cast for who you'll watch this mess? I know I will for my wife Tae Ri

The concert took place two weeks ago. Since there's a MBC strike going on, I don't know when they will start recording Music Core again.

During the Chuseok special of KBS’s “Immortal Songs” that aired on October 7, Eunkwang performed Sunflower’s “With Love” with his mother.

Eunkwang’s mother Hwang Soon Ok introduced the song before coming on stage and said, “I hope this song that I sing with Eunkwang will become a source of strength and light for many people.” Eukwang added that he will put his best effort into singing as well.

Jung Jae Hyung praised the performance after he listened to the mother and son sing. “Eunkwang’s mother has been singing for 15 years and that definitely showed off today,” he said. “Tears came when I saw Eunkwang trying so hard.” Lim Ha Ryong also commented that he couldn’t focus on the song, but cried at the sight of the two standing next to each other.

When Eunkwang came upstage, Shin Dong Yup asked, “I heard you were very happy preparing this performance.” Eunkwang replied, “I felt so grateful for this opportunity every minute that I was preparing, so that was enough to make me happy.” His mother added, “It was so good to have happiness together on stage.”

this was just amazing, it moved me to tears! that's where eunkwang got his beautiful voice from <3333

tropical house trend seen dead in a ditch! are you ready for latin pop to take over kpop, omona? are you ready to let these multilingual kings flamenco their way into your hearts??

I'm really bad at posting her teasers on time but I've been so busy this week, sorry!! I love Read Me's lyrics and these teasers. BTW the MV (and the first teaser) were shot in Germany! The writings in the scrapbook are in german as well!

Yuji (leader, lead vocal, rapper - previously was in Baby Kara), Sandy (rapper) and Haeun (lead vocal) are the members who will be performing on The Unit. Hyunmin (main vocal) and Yurim (visual) will apparently not be competing.

Hwang Insun discusses:
- finding the right sound for her & trying to stand out in all the musical newcomers
- her nickname, 'Auntie Hwang'
- the image she wants to project as a singer/celebrity

(begins at 4:02)
After Chungha plays IOI's Downpour, the crew surprise Chungha with a call from fellow ex-IOI member Sohye, who shares memories of Produce 101/IOI and fangirls over Chungha.

source: summer blues
i know this is a little old but it was never posted

f(x) vibes! i wonder if they'll all have different concepts. 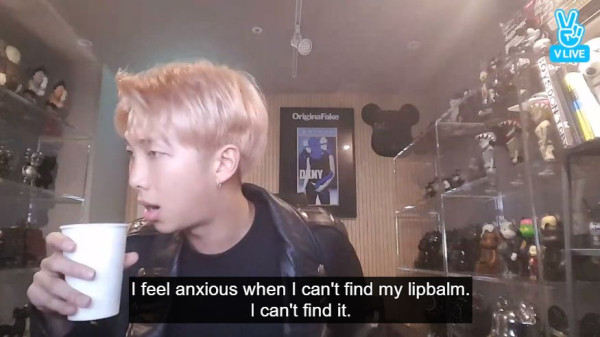 RM's thoughts on the Love Yourself album are pretty interesting as are his hands. Cameos from JHope and Jimin. Don't forget to turn on subtitles for Ask Anything Chat.

he went from celebrating his grandparents 50th anniversary in I NEED U to eating ass in PEACH, im shook. half of this album is about making love, i guess he got inspired by luhan. Mnet’s “Idol School” has recently concluded its broadcast and announced the final nine members to form the group fromis_.

However, netizens have recently accused the show of being rigged after Lee Hae In’s elimination. On October 2, a petition was uploaded titled, “We demand the truth about Mnet’s ‘Idol School&rsquo; text votes.” The petition gained 4,000 signatures in two days.

omona, who should lee haein have replaced in fromis_'s final lineup?

The former I.O.I members recently had a little party which they shared on Instagram. However netizens were shocked to learn that the three underaged girls most likely drank alcohol, as they were able to spot alcohol bottles in the background. For those of you that don't know, Sohye turned 18 in July, Yoojung will turn 18 in November and Somi is 16. The legal drinking age in South Korea is 19.
( Collapse )
( Collapse )