not that i had this post prepped early or am submitting it before even watching the mv itself but anyway enjoy! let's get that #1!!

sorry mods take this one instead 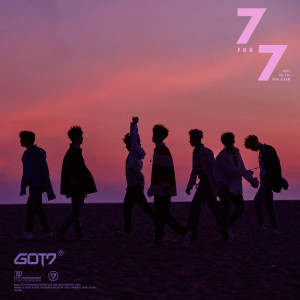 
THEIR BEST ALBUM YET

Skip to 2:38 if you don't care about the main couple

The Package premieres on Friday, October 13 on JTBC.

Ugh, is Hot Chef a creepy ex? Do not want. I'm looking forward to the side characters.

Sana relaxes in the car while talking about Chuseok, how much she misses the fans, promotes Stray Kids, and more.

[how are you with eunha from gfriend these days?]

anyone else following these guys? the title's by ryan jhun and it sounds pretty funky and fun. i'm just excited all my favorite produce leftovers all ended up in the same group. also RAINZTV is subbed on youtube if you wanna check that out as well. maybe i'll do a roundup post at some point.

Source: All The Kpop

Sian and Donggook visit the public bathhouse together. They spend an unforgettable day together at the bathhouse as they scrub each other’s backs, play jokes, and have fun together. Meanwhile, William visits the hair salon with Sam for the first time ever to cut his long hair. Afterwards, they spend time together in Itaewon. Taeyoung and Rohui go on a trip together on a special train. Rohui explores the unique train that even has a foot spa and makes sweet memories with her dad.


I didn't know the show was back on, so this is a day late lol oops! That train that Rohui and Taeyoung go on is so cool! And she is so smart..."You have two names". Sian in little running shorts! Cute! William gets his first haircut and then go to a Hungarian restaurant. All the children meet up together for the first time.

Taemin's 2nd full-length album '#MOVE' will have nine songs in total, including title track 'Move'.
'Move' is a rythmical, dreamy PBR&B song about expressing the beauty of a person they have fallen for.

the composer for their title song is Seo Yong Bae, most known for composing Orange Caramel's Lipstick and most of GFriend's title tracks

this is fun! wooseok's voice really reminds me of mino's sometimes... i'm glad CUBE is giving the boys (and the other cubies) freedom to make and release these creative projects monthly

also, HAPPY 1 YEAR PENTAGON!!!!!! I'm so proud of you guys and all you've accomplished in a year!

When Jay Park became one of the first and only Asian artists signed to Jay-Z's label, Roc Nation, earlier this summer, the hip-hop world was rattled. Not that Park, who was born to Korean immigrant parents in Seattle, was overly concerned. In fact, it's the type of thing he's grown accustomed to.

"Me, being Asian-American, I was always looked at as an outsider. I always had to fight for my place," Park told CNN during a recent interview.

For an outsider, Park is very much "in" at present. The 30-year-old rapper has seen his celebrity status soar in recent months. In addition to working on his debut Roc Nation album, he's also preparing to join the second season of "Asia's Got Talent" as a judge. The popular show premieres October 12 across 27 countries in Asia.

"Jay Park has clearly become an icon for those struggling to make a name for themselves," said Flowsion Shekar, CEO of Koreaboo, a popular content platform specializing in K-pop with a reach of over 50 million. "It shows that Asia is not being ignored ... You can be an R&B singer, a rapper, a singer from Asia and have ambitions to takeover a global market. You can be recognized by the greats."
( Collapse )
source: CNN