With Halloween right around the corner, you might be looking for a spooky or suspenseful show to watch. I've compiled a list of dramas and movies ranging from suspenseful horror movies to silly ghost shows.

I personally hate horror movies and have only seen one of the listed movies, so thank you

sunsetsbaby for some suggestions. Omona, what are your favorite scary or supernatural movies or dramas? Drop any recommendations in the comments below! Kim arrived at the site in a black van and entered the center without addressing the crowd of some 40 international fans, who had been waiting at the entrance of the center since morning.

Kim’s management agency Keyeast Entertainment had previously said that Kim did not plan to address fans or the media prior to the start of his service. “We did not want to seem particularly noisy,” the agency said.
( Collapse )
( Collapse )

In case you didn't know, Tablo made a promise a long time ago that if the Born Hater MV reaches 10mil. views he will dance. The MV reached 10mil. views a couple of months ago iirc.

Blurring the lines between "normal" BTOB and drunk BTOB

Hit me right in my aesthetics, will ya? I'm really sorry for all the editing, mods! :(

looks soft and ~deep~ so far, reminds me of the stereotypical "poet" aesthetic that people use in k-variety skits. looking forward to the mv teaser!!

Kangnam is facing criticism after he asked what many have said were ignorant questions about Ghana to Sam Okyere. 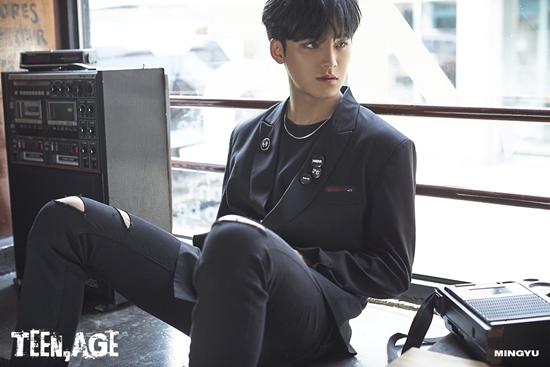 
the album is also up for pre-order now! how many copies are you getting, omona?

During Jaehyun and Johnny's radio program 'Night, Night' they played Caroline by Aminé and you can see Jaehyun sing along to the "Killa, westside n****" lyric.

ok so this is probably/apparently just one long ad for Cafe Latte(?) but who cares

excuse me this outburst but JINSON ARE SO CUTE AND FUNNY TOGETHER OP CAN'T TAKE IT
I just have one big goofy smile on my face every time I watch them do anything, they're precious 😭 💕


pretty much j.seph being a dork and everyone loving it. I wonder what show this was.. obviously not Minneapolis.
Collapse