I love how this fool has the audacity to pull the "that's illegal" card when they literally pretended to be from a national broadcasting station to get access to a private shoot...

Or at least that's what Steve Aoki says.

My brothers!!!! Great seeing u guys today! Make sure you all watch their Ellen show Tuesday of my remix of Mic Drop live!! https://t.co/ms654lhvq0

I love it, idec

More dramas are giving up on the romance storyline that had been typically regarded as a must for any hit. Looking at the viewer responses to ongoing dramas, it now seems viewers think that if it is telling a similar love story, it would be better off with no romance at all.

"Temperature of Love," a romantic comedy on SBS which had shown a strong viewer response for its delicate expression of a relationship, has been losing its initial momentum. Albeit being top-rated in its time slot, MBC's Wednesday-Thursday medical drama "Hospital Ship," which grabbed viewers' attention by dealing with a lesser-known hospital ship sailing around small islands around the world helping island residents, has been seeing less viewer responses as the medical drama is now focusing on a love triangle and is becoming a typical melodrama.

On the contrary, tvN's webtoon-based drama "Avengers Social Club," "Witch's Court" and "Mad Dog" on KBS _ where there is no apparent romantic storytelling _ have been gaining popularity.

This article is like a month old, so the dramas they talk about have either finished or are winding down, but I still thought it would be interesting to discuss. Do you prefer dramas with or without romance? Or a steady mix of both like I do? Are you watching/did you watch any of the dramas mentioned in the article?

Taemin will be answering questions on tumblr on Wednesday 11/22 6pm PST/ 9pm EST. You can submit your questions ahead of time to the music tumblr here. 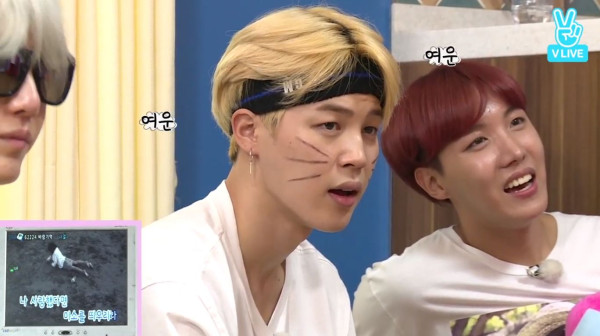 In this week's Run BTS! the boys sing karaoke, make a bunch of Naruto and Card Captor Sakura references, and eat barbecue.

Upcoming legal romance Nothing to Lose is just about ready to air, and in the below teaser, we see the first meeting between the leads, an impulsive young woman who begins her career as a judge in order to discover the truth of her brother’s secret, who happens to lack book smarts, and the intelligent, principled judge who rejected using the power of his background to get to his position.

Nothing to Lose premieres on SBS on Wednesday, November 22. 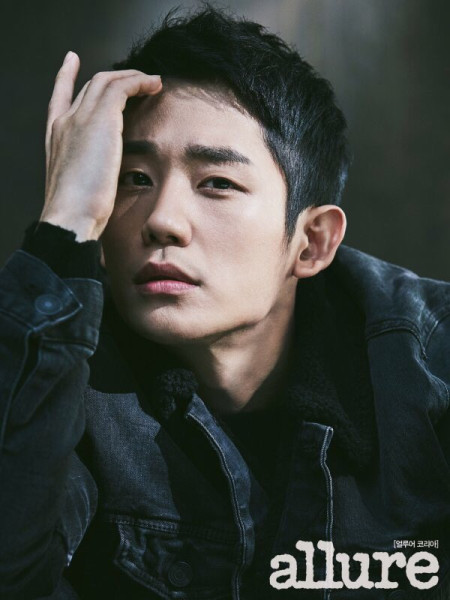 Jung Hae In recently appeared in the SBS drama “While You Were Sleeping” as Han Woo Tak, a police officer in love with the female protagonist (played by Suzy). So many viewers fell in love with his character that he earned the nickname “Cause of Second Lead Syndrome.”

Jung Hae In surprised reporters with his humility even as he jumps quickly from one project to the next—the in-demand actor has been cast in the upcoming drama “Wise Prison Life,” produced by Shin Won Ho of the famous “Reply” series, and he is also starring in the film “Conspiracy—Age of Rebellion,” (OP note: movie trailer is in this post) which will be released on November 23. Notably, the film is his first leading role.

The 29-year-old actor recently said in an interview that he doesn’t believe his surge in popularity will last for long. “My current trend status? Popularity? I’m so grateful for such words, but to be honest, I know that it will fade soon,” he said laughingly. “I’m in no rush [to prove myself as an actor]. I want to take it slow, step by step, and travel down the right path.”

I've loved him since The Three Musketeers/Bride of the Century, so I'm happy that his WYWS role is getting him noticed. After a year with so many actors going to the army, I'm thrilled he's already done with his military service! Plot: Black is a detective possessed by the Grim Reaper. Ha-Ram can see shadows of death. These two struggle to save the lives of people, breaking the rules of heaven.

Another bomb threat has been made at an event featuring an Apink member.

Jung Eun Ji was scheduled to attend the press conference for upcoming drama “Untouchable” at 2 p.m. KST on November 21. At 1:10 p.m., the venue received a phone call from an unidentified male who stated, “I know there is an ‘Untouchable’ event. I have a grudge. I am setting off a bomb.”

The police were called, and they searched the reporters and venue. After a thorough search, no explosives were found, and the press conference was eventually able to begin around 2:20 p.m.

Apink members have continuously been facing bomb threats since June at various events. The new threat was likely made by the same suspect as before, who is currently residing in Canada.

Tiffany of Girls’ Generation has given an update on her life since leaving SM Entertainment!

The star is currently living in LA as an acting student. In a recent pictorial and interview with CeCi magazine, she shared, “I’ve been going to school and taking acting lessons since September. I’m never late to class, and I bring coffee, almonds, and bananas with me everyday. I’ve consistently worked on some music, too.”

When asked how she felt about returning to LA, she answered, “I feel like I can be my natural self here. I think it’s because my family’s here and it’s where I began everything.”

She also opened up about her decision to go into acting, saying, “Rather than becoming a worldwide star, I want to become a true artist. Back when I debuted, it was hard for me to look like an artist. But the fact that I’m doing an interview right now makes me feel like I’m truly here as an artist.”

“People say it’s hard for an Asian to enter the American entertainment industry. But actually, nothing’s been easy so far. It wasn’t easy promoting as a member of Girls’ Generation. I just do my best, and I believe that what comes true depends on how much you believe. Everything the members and I had dreamed of eventually came true, and right now, I’m in the process of creating a new Tiffany. Instead of wasting my time worrying, I’d rather use that time to practice acting,” she expressed.