NIA is a former member of the group M-Crown, who debuted in 2015 with "Avenue to Nowhere" and disbanded in 2016.

FOCUS VERSIONS: shownu | wonho | minhyuk | kihyun | hyungwon | jooheon | i.m
“dramarama” def isn't my fave dance of theirs but it's so different of their usual—it moves away from the usual heavy emphasis on group formations, imho—so i wonder if ultimately mx'll be switching it up. i also didn't notice how much wonho slimmed down until this video...
SOURCE(s): starshiptv@yt; monsta x@vlive

Hello it’s been a while twitter! I’m back to share about Heartwarming story between Indonesian Loves and K-Loves❤️❤️#언제나_ThankYou_Kloves #뉴이스트W #뉴이스트 pic.twitter.com/KCKytmljb4

let me know if i should post the pictures separately, mods ^^ 2017 MAMA is preparing to bring some epic collaborations!

On November 23, various news outlets reported on collaborations that will be taking place at this year’s show.

According to the reports, SHINee’s Taemin and Sunmi will be collaborating for a dance performance, while EXO’s Chanyeol and Soyou will be putting on a “Goblin” OST stage together. In addition, Dynamic Duo will perform with popular idols for a hip hop stage. All three of these collaborations will take place at the Hong Kong ceremony.

Previously, it was confirmed that members of I.O.I and AKB48 will be collaborating at the Japan ceremony.

highlights include: a sleeveless bang yong guk, an appearance by fury the dog
and a gashina dance break by jongup..

trying to find an english subbed video, will update when i find one.
and i stole the title from the video. i'm so excited for this comeback.

JenSoooo! <3 so, Hawaii was a lie?.. this looks like it'll be fun anyway! Lisa has dark hair, and they get to bring the puppies with them. 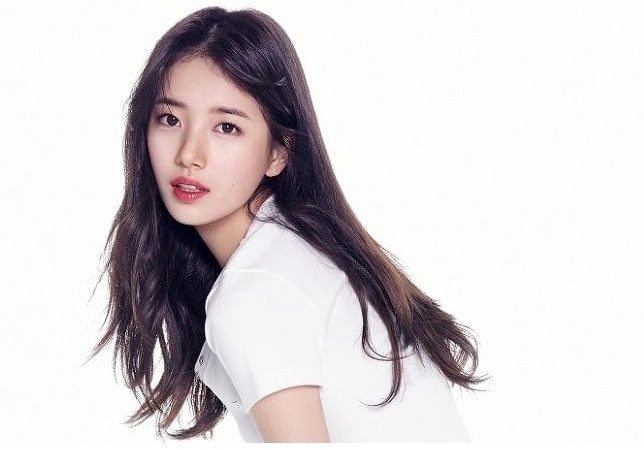 Suzy is working on her next solo album!

On November 23, a news outlet reported that Suzy is working on a solo comeback aimed for January and has been working on selecting songs.

In response, her agency JYP Entertainment commented, “Suzy is continuously preparing her solo album,” and added, “However, the exact timing has not been decided yet.”

This will be her first comeback since her solo debut with “Yes? No?” in January 2016.

What do you think about JYPE's plans? Whose comeback do you want to see in 2018?

the lyrics are pretty nice, i wonder if they're about [eliminated trainee]Minho..

Exclusive Video: @bts_bighit tells J-14 why "love yourself" is such an important message to them and we're sobbing 😭 >> https://t.co/QUZycOJrrU pic.twitter.com/etmSAyqer8

In an interview last week on the AMAs red carpet with J-14's Liam McEwan, RM made a statement that caught some fans' attention for his deliberate inclusion of LGBTQIAP+ people. I've transcribed it the line in question (starting ~0:39 in the video) here because the video won't embed, but I highly recommend clicking the link in this tweet to watch the whole interview:

McEwan: Why is love such an important message for this era?

RM: You know, I think, we feel like there’s too many hate, and, you know, like bad things going on in this like all the world, not just in Korea or in America, so I think love, you know, not just between the men and women or, you know, or genders, I mean love, for, you know, just for others, and of course the most important thing is loving yourself, so I think love is the key for the reconciliation and integration for all the society.

Recent posts about BTS being LGBT affirming in the US

This clearly isn't very new, but I haven't seen it posted and think it's important because it's much clearer than that previous comment RM made that everyone flailed about. It's also a pretty good little interview, and we should all give Liam props for bringing up Unicef!

sources: Luminant Entertainment, gif by me

cw for some flashing towards the end

Park Han Byul personally revealed that she is now married and pregnant!

On November 24, the actress posted a message on her personal Instagram, saying, “Hello, this is Park Han Byul. We wrapped up filming for ‘Borg Mom‘ yesterday~ It was really fun taking on such a unique role and I was grateful for the opportunity to play my character."

Jin Goo stars as the second son of the powerful and wealthy Jang family, and when he loses his wife due to their meddling, he decides to find out the truth of her death and take revenge on those who took her away from him, even if they are family. Kim Sung-kyun plays his older brother, the first son, who has had to shed his morals to survive in his glittering world full of intrigue and backstabbing. The two brothers engage in a toxic battle, as one tries to uncover the truth and one tries to hide it to survive.

In order to climb the career ladder, Jung Eun-ji doesn’t refuse morally nebulous offers from influential figures. But when she becomes involved in helping Jin Gu with his wife’s case, she changes and starts toward the side of justice. But it’s the opposite trend for Go Jun-hee’s character, who is a former president’s daughter who has had sky-high dreams for ultimate power. She was stopped from pursuing her desires by the glass ceiling because she is a woman, and so although she falls for Jin Goo’s character, she marries Kim Sun-kyun to make a more favorable alliance.