Seo In Guk and Park Boram have reportedly been dating for 1 year 6 monthshttps://t.co/BqSOOTZPmP pic.twitter.com/3oMVSFvsyT

UPDATE: Well that was quick, his label has confirmed the news. Plot: A fake detective, Oh Il-Seung (Yoon Gyun-Sang), punishes evil and regains his real life.
Kim Jong-Sam was framed for murder and received the death penalty. He has been in prison for 10 years, but he breaks out of prison. Circumstances leads him to take up the identity of Detective Oh Il-Seung and he joins a team of detectives including Jin Jin-Young (Jung Hye-Sung).

The episodes are quite short (which is great since I'm also watching Black) and so far it works nicely. 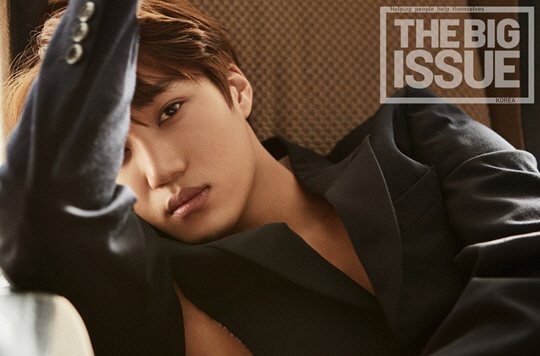 Kai has been chosen as the cover model for December's issue of Big Issue. Its known for using half of its proceeds to hire homeless people as sales representatives. Kai chose to do the shoot for free to support the cause. Initially, 15,000 copies were printed, but all of them sold out in just two days. Big Issue printed 5,000 more and those sold out too! Its the most the magazine has sold this year.

Written and co-produced by Minhyuk from BtoB!

A Christmas themed coffee shop duet, naturally I love it

Check out this now deleted article about the collab.

Crystal Snow is not much but holy shit vocals. 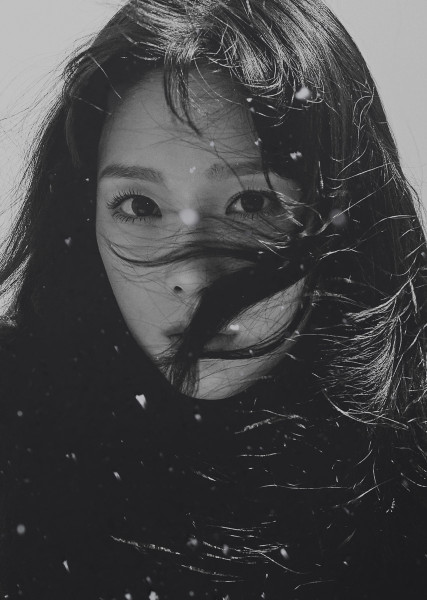 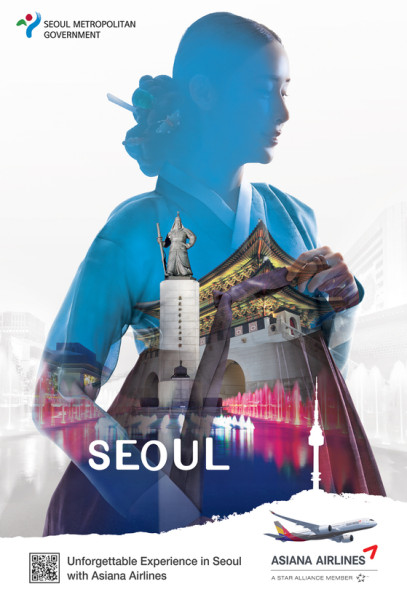 The silhouette of a woman, who is wearing Korean traditional dress Hanbok, is depicted, overwrapped with major tourist spots in Seoul, Korea. The woman is holding a ribbon on her clothes gently and the message below the picture reads, “Unforgettable Experience in Seoul.”

It was the draft of the tourism promotional poster for Seoul, which was to be 1,000 digital screens and 150 bus stops in New York, including Time Square.

“The promotional poster, which depicts the charm of Seoul, will captivate the hearts of 60 million New York residents,” said Seoul Metropolitan Government on December 1, revealing the poster design. “We’ve chosen the design as hanbok fitting experience is rising popular among foreign tourists,” they added.

I don't see anything wrong with it, I think it's a nice poster. 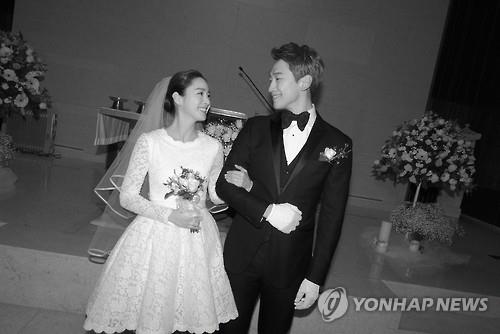 Singer Rain, who married actress Kim Tae-hee in January, revealed how much their wedding cost on Tuesday’s episode of “Carefree Travelers.”

“We got married after dating for five years,” he said. “A wedding ceremony is about two people being happy. (Kim) suggested holding it in a church. She said she wanted something that didn’t have empty formalities or vanity, something that wasn’t grandiose. I wore a tuxedo that I already had.”

Rain added that the two also did not hire a professional photographer to take wedding photos. “We have a video, but there was no photographer. Guests (present at the ceremony) had their own cameras and took photos the way they wanted to.” Photos taken by family and friends were then collated into an album, he said.

“I wanted to do everything for my wife. ... But taking out all the formalities, our wedding cost a total of a little more than 2 million won ($1,830).”

I don't think that's the right amount, honestly. Can you even reserve a church for that amount? And they had a reception too. And security!

they photoshopped out mina and chaeyoung's moles asdfghjkl

A really solid debut mini! Walkin In Time is amazing

The Cheongju District Court on Tuesday sentenced a married man, 31, to six months in jail for using threats to pressure a woman he was having an affair with into sending the suspect naked photos of herself.

The suspect had a 10-month romantic relationship with the 19-year-old victim starting in January 2016. During that time, he forced her to send naked pictures to his mobile phone on multiple occasions.

what a weak-ass sentencing, and for the court to disregard the crime because he's married as well as the suspect saying his threats to the victim were jokes are nothing but bulls#!t 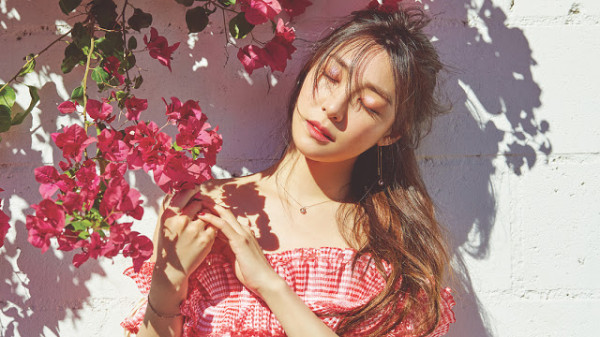 The city of stars for people who dream, La La Land. Tiffany, who is already a star among shining stars, is in the process of creating a new stage that is for herself at that place.
( Collapse )

Source: GFriend Official Youtube.
They're using the intro from their first single *o*

The BBC have unveiled their Sound Of 2018 Longlist on November 27, naming sixteen potential pop stars. The rising Korean-American artist Yaeji made it on the list, along with Norwegian singer Sigrid and multicultural experimentalist group Superorganism.

BBC Music’s Sound Of list, now in its 16th year, annually selects rising artists who are likely to be pop stars in the following year. Previously, the list included names like Adele, Frank Ocean, and Dua Lipa.

Added that last song because it's so great and now stuck in my head. She's great. 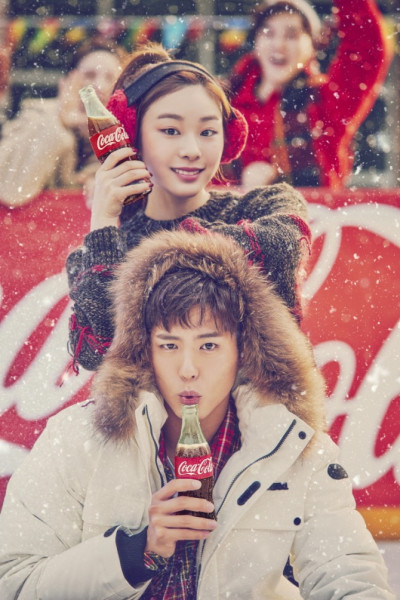 the music video for "day and night" will be released at 12am kst tomorrow (friday). 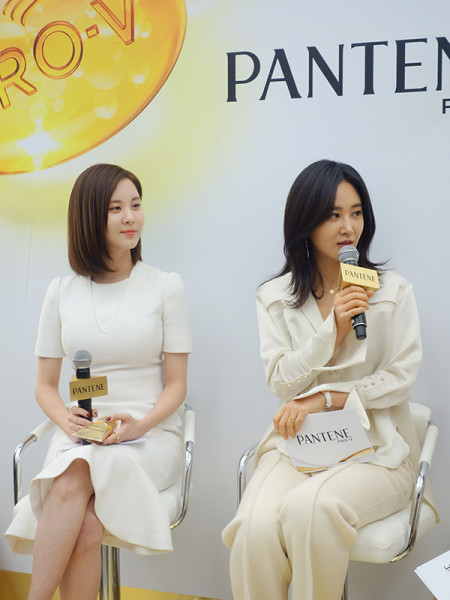 Last December, I asked you guys in one of our OMONA discussion posts to take a look at your crystal balls and predict what would go down in K-Pop 2017. One year and many ups & downs later we're here to look back at the past 12 months. Time sure flies by so fast! Let's see which predictions came true, partly true, or not true at all. (Spoiler: We should become psychics!)
Also, share your predictions for 2018 in the comments below!
( Collapse )
( Collapse )
( Collapse )
Let's end this post with wise words of the great Tao:

24 Hours of Reality is The Climate Project's annual 24-hour broadcast designed to highlight climate change and what can be and is being done to prevent it around the globe, with different countries taking the focus of the show for an hour each. The South Korean broadcast (focused on in hour 7) featured an interview with Minzy and Eric Nam, as well as music video-style performances by Minzy (Superwoman) and Jay Park (Yacht, English version). Unfortunately, since this was a livestream and official uploads of the performances may be unlikely, any uploads are low quality, but I'll replace the videos with higher quality ones if they become available (the official channel has only been uploading talk segments so far).

It has been revealed that Wanna One’s Kang Daniel was rushed to the hospital due to severe dizziness and a high fever, and will therefore be sitting out from activities temporarily to recover.

On December 6, it was reported that Kang Daniel had been suffering from a high fever and dizziness from the day before. He had gone to the hospital on December 5 but as his condition did not improve, his schedules for today were all cancelled and the idol headed to the hospital for a follow-up medical examination.

A YMC Entertainment representative confirmed the news and stated, “We will be making sure that Kang Daniel gets as much rest as possible so that he has a full recover before any upcoming performances. He has received the necessary medical treatment and is currently resting in the dorms. Luckily, he has no scheduled broadcasted appearances in the immediate future.”

Regarding an event that will be held later today, the representative stated that a final decision had not been made yet. They explained, “Because this will be an event where the members meet face-to-face with fans, Kang Daniel has a strong desire to at least be at the venue and greet his fans. However, his health comes first so we will be monitoring his condition before making a decision.”