I'M GONNA TRY AND GET A LISTENING POST UP LATER.
EVERYONE LOOKS SO GOOD!!

Did you vote for Soyou omona?

Get it, vocal line! Plot: Black is a detective possessed by the Grim Reaper. Ha-Ram can see shadows of death. These two struggle to save the lives of people, breaking the rules of heaven.

Korea's Little Sister IU, and the nations favourite Slime Vlogger (although this fact is arguable), finished her concert promotions for her albums 'Palette' and 'Flower Bookmark 2' on Sunday. She reafirmed her place in Korea's heart as the artist with long concerts by finishing with a 5 hour concert on Sunday (and a 4 hour concert on the Saturday).
( Collapse )( Collapse )( Collapse )( Collapse )
SOURCES: Jamjam_516 [2], dnjfdkwhdns, 1theK, IUteamstarcandy [2] [3] [4], IU teamstarcandy [2], cafe.daum.net, ayiiyuuu, EXIDear, dlwlrma [2], soompi, jiyongal, phhh1013, blinksparkles, z_hera, k_hanna_, IUmushimushi, hjonghyun, actor_jg
i hope this is formatted alright mods and all the links work!
i have not included photos of every celebrity who attended (or many fancams this time) and you can see part 1 of IU's concert posts here

BLACKPINK "As If It's Your Last" is picked as the most loved K-Pop Music Video around the world in 2017 by YouTubehttps://t.co/LT81KseyqH pic.twitter.com/UDuIsLnEUG

Episode 1: We may be immature but we have dreams.


The five members of the Dragon's Club (derived from their zodiac sign as they were born in 1976, the year of the dragon), Kim Jong Guk, Jang Hyuk, Cha Taehyun, Hong Kyung Min, and Hong Kyung In, have been friends for 20 years.

The five guys went on a 6 days and 5 nights trip to Gangwon Province on September 18. It was the first time in 20 years that all five of them had travelled together. They open up a tented restaurant on a beachside. The chemistry between the real friends is so comfortable and funny because they know each other to the bones.


Watching this mainly for Jang Hyuk. I tried to get into Money Flower, but couldn't. Jong Kook is so chatty here lol. 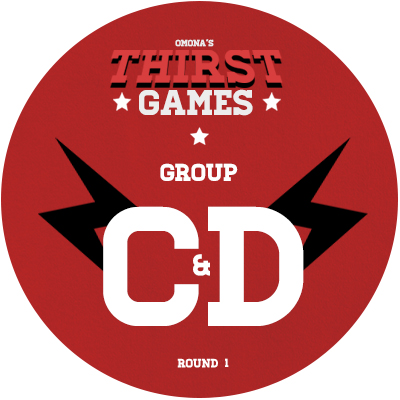 As mentionned previously rounds will overlap in order to avoid the christmas rush.
But you shouldn't forget the sexy ladies of group A and B, make sure to cast your vote in that post too.

Luna is featured among YouTubers/influencers from around the world who participated in a version of "This Is Me" from the soundtrack of the upcoming Hollywood movie, The Greatest Showman. Recorded at Abbey Road Studios in London, this was how Luna got to meet Hugh Jackman oppa several months ago.

The first eliminations for “The Unit” aired during the December 9 broadcast of “The Unit.”

35 contestants—17 females and 18 males—in total were eliminated, based on the current rankings. Some were saved from elimination depending on the results of last week’s missions. As singer I already withdrew due to her health, 35 instead of 36 contestants were sent home.

During the episode, the leaders of each mission group were given an envelope, and had to announce which contestants would no longer continue with the program. While some leaders thankfully received a piece of paper that said, “There are no eliminated contestants [in your group],” others weren’t so lucky.

SEVENTEEN’s The8 will be taking a complete break due to health reasons.

For the past month, The8 has not been participating in just some activities that cause strain to his back injury. However, Pledis Entertainment revealed on December 12 that he will now be focusing solely on recovery.

But that's not all!

For our foreign followers, Marz Music (producer) said on his IG live that he is working on f(x)'s music ! GIRLS ARE COMING BACK SOON ! 😭

(He had also worked with EXO.)

Happy Face Entertainment confirms Dal Shabet Serri, Ah Young, and Subin's contracts have ended and they will leave the company

-Their contracts recently expired, everyone except Woohee (whose contract might not have expired yet), did not renew with the company
-Happyface will continue to manage Serri for The Unit until elimination/making the group
-This decision was made after long series of discussions with the members
- Dal Shabet will not disband as Happy Face is discussing possibilities with the members about what could happen
- Ah Young, Serri, and Subin all posted letters on their Instagram pages, as well as the official Dal Shabet Twitter account