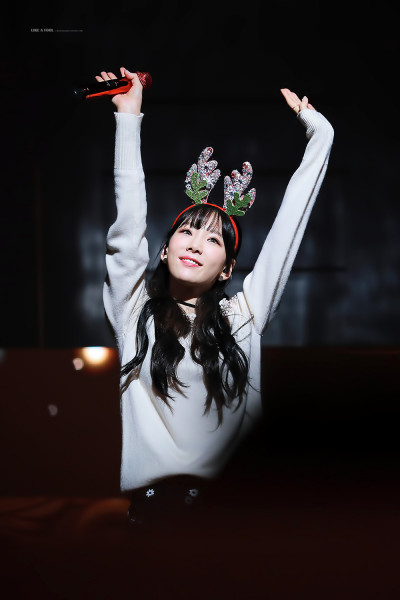 THIS POST IS MASSIVE AND MEDIA HEAVY. You have been warned.

if this goes through on the first try i'll probably die i spent 4 and a half hours on this failure after going through i had to fix it like 9 more times @god please part 2.

Former 4Minute member Nam Ji Hyun has officially announced that she will be using a new name in her future endeavors as an actress.

On December 28, the former idol posted a handwritten letter on Instagram explaining that she wishes to make a fresh start by using her mother’s maiden name, “Son,” and will now go by the name of Son Ji Hyun.

He talks about his new song, his new album, life after D(Half Moon), social media, and more.

U-KISS’s Soohyun has enlisted in the military.

On December 28, his agency NHemg revealed, “Soohyun expressed his wish to ‘quietly enter the military training center,’ so he quietly enlisted in the military today with just the U-KISS members and company family present.”

Soohyun commented through his agency, “I will diligently work as a citizen of Korea, and I am sorry to share sudden enlistment news with fans, but I believe that you will understand. I will return as a more mature and healthy person, so please give lots of loving support to U-KISS even while I am gone. Thank you always.”

Soohyun has entered the recruit training center of the 15th battalion and will continue as an active duty soldier after completing his basic training.

Female celebrities will discover their true selves and heal their wounds through learning ballet and meeting new people. The members take a lesson for pas de deux, which is a dance duet with a male partner. Yoonah manages to surprise everyone by practicing repeatedly and performing in perfect harmony with her partner. Meanwhile, the members are shocked to be joined with the last new member of the Swan Club, Son Yeonjae.

Girl’s Day’s Sojin and Eddy Kim have confirmed their breakup.

They continued, “Please understand that we cannot confirm the specific time and reason due to it being their private lives.” The agency also stated that Sojin and Eddy Kim will continue to support one another as colleagues.

Eddy Kim’s agency Mystic Entertainment also confirmed the news and said, “They naturally drifted apart due to their busy schedules and decided to support one another’s futures.”

Previously, the pair’s relationship was revealed in June.

I didn't know they were dating (oops), but I knew they were on a show together


Looks like Top's got some competition for flower girl/ring bearer on February 3rd. Soeul and Daeul have met Hyorin before, she worked on a movie with their father. OP knows she's been slacking on the Return of Superman updates, will post one soonish!

I've never watched Dara TV before, it is just her taking people around in the Philippines? The only time I ever visited Boracay was maybe 17 or 18 years ago. We had armed cops following us around too. It was awkward lol. The ending! That KDrama ending I love it omg! 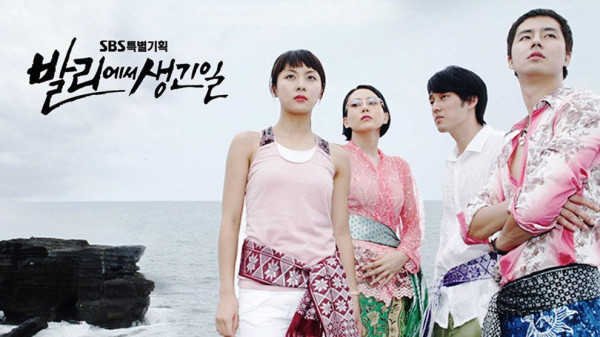 Classic SBS drama “What Happened In Bali” is getting remade after 14 years!

On December 28, a source from the industry reported that the drama will be returning with a 2018 version. It was further reported that the remake will be directed by PD Choi Moon Suk, the same producing director who had worked on the original.

In response to these reports, a source from production company A STORY stated, “We’re working on improving the script, but we haven’t decided on a remake yet.” Another source from the company, however, issued a conflicting statement, saying, “We will be doing a remake of ‘What Happened In Bali,’ and it will be directed by the producing director of the original version.”

“The remake scheduled for next year is our company’s first production. No other details have been finalized yet,” the source added.

“What Happened In Bali” is a melodrama about love and betrayal that aired back in 2004 starring Ha Ji Won, Jo In Sung, So Ji Sub, and Park Ye Jin

My mom is losing her shit right now. 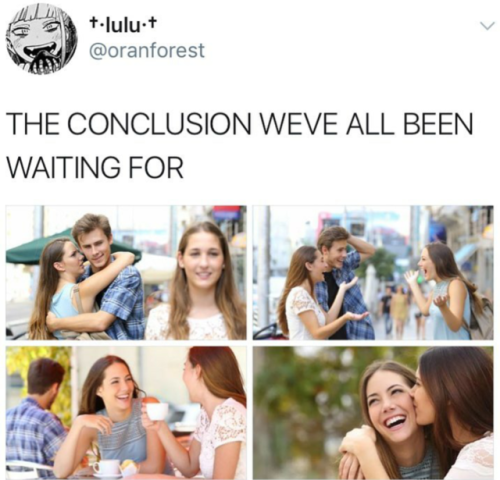 A fan of Wanna One’s Park Ji Hoon recently shared a funny personal story about “stealing” her ex-boyfriend’s girlfriend because of the singer.
On December 27, the hosts of SBS’ Power FM “Cultwo Show” read out a story submitted by a listener.

The listener had written in, “As I said in the title, I stole my ex-boyfriend’s girlfriend. And I really really really love Wanna One’s Park Ji Hoon.”

She explained that she had become Park Ji Hoon’s fan after watching him on “Produce 101 Season 2” by chance after spending a horrible birthday alone. She wrote, “I decided to dedicate my life to Park Ji Hoon.”

The fan became an avid viewer of “Produce 101 Season 2” because of the singer, and soon became obsessed with voting for her favorite trainee. After asking all of her relatives and friends to help her vote by registering and sending her their authentication number, she decided to also recruit her ex-boyfriend.

The listener shared, “I texted him, ‘Are you busy?’ and he replied by saying, “Sorry, I already have a new girlfriend.” The fan replied, “No, it’s not about that. You’re going to receive an authentication number. Can you send me that?”

omona, can you handle your ex and current partner being best friends? 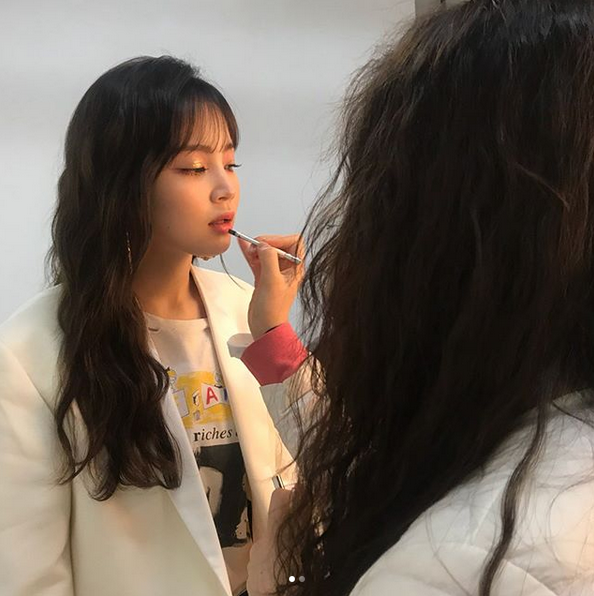 Lee Hi stands 5 feet 1, with round, doll-like cheekbones and a slick of pigment always on her lips. Contained within her demure frame is an enormous voice, raspy yet powerful as it scales up and down experimental beats—one reason why she has emerged as a leading figure in Korea’s rising R&B scene. For years, K-pop has dominated the narrative, but thanks to singers like Lee, who is the costar of a recent documentary about the rise of the genre from Red Bull Sound Select and American R&B artist Gallant, the soundscape is shifting. Her delicate, fine-tuned visuals play no small part in that.

THE CHOREO! THE SYNCHRO! I need to take a breath...

Watch Here: CCAsian
Synopsis: Have you ever wondered why it’s so hard to speak English even after learning for 10 years? Celebrities who have struggled English all their lives came to take the intense 8-week English speaking project. Watch them overcome their fear of speaking English and break out of their comfort zones!

Can you believe he think he doesn't look good in red?

There are some 20,000 bus drivers in Seoul. Only 2 percent of them are women. Korea Exposé spoke to a couple of them to find out more about their job experience.

Just a short little video but it was really interesting to hear about the experiences of these women working in a male-dominated field. I always feel so surprised and happy when I actually see a female bus driver here!
Collapse