On January 13, news outlet TV Report stated that PD Jeon Ki Sang was crossing a crosswalk around 1:20 a.m. KST when he suddenly got hit by a taxi. According to police, he was immediately rushed to the hospital but was ultimately pronounced dead.

His family living abroad are currently on their way to Korea upon hearing the unfortunate news.

On the second thought who shelved 11,000 copies out of Perfect Velvet? Anyway 2017 has been both a good and (at the same time) painful year. Some SM artists now have updated their New Year greetings with the "we promise to be healthy physically and mentally" thing and I cried

Featuring The Boyz getting their saeguk gear on and eating a lot.


source: The Boyz
Jacob Jacqueline is the prettiest

'Because' making of / video teaser

Urgh she's so beautiful and her voice is amazing. I really feel like she's blossomed after leaving 4Minute (although I still miss them).

The girls use their detective skills to figure out their destination. After arriving at their location, they begin familiarizing themselves with the environment around them. As usual, features high quality Joy and Yeri banter and teasing the unnies! 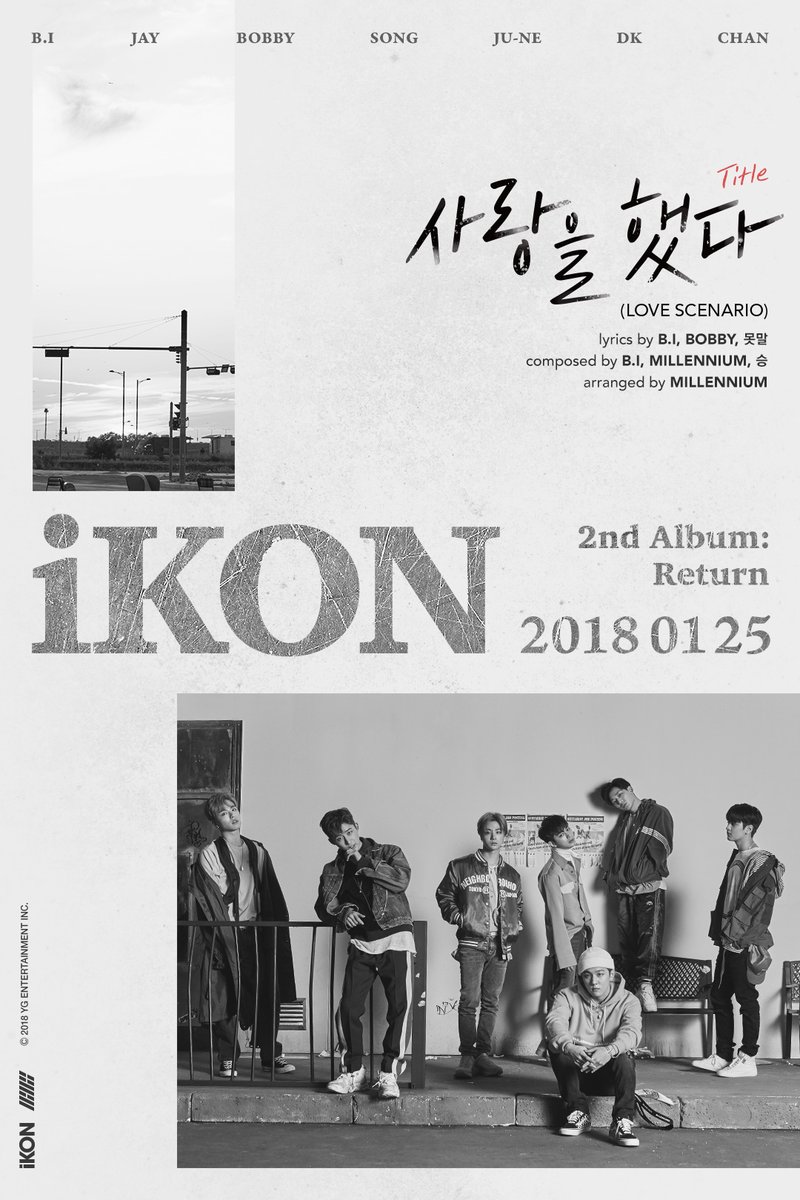 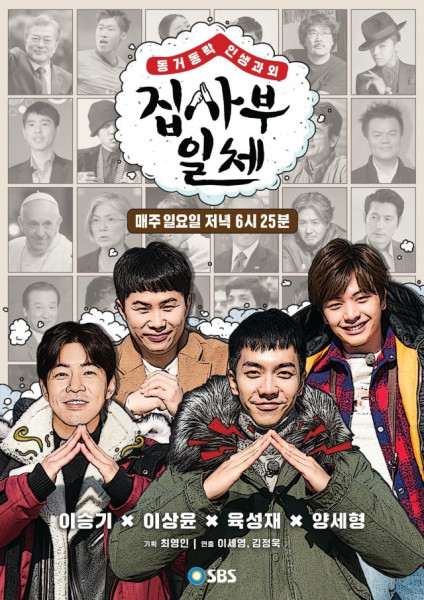 Title: Master in the House (or All the Butlers, 집사부일체)
Summary: Almost everyone has a question regarding life and the goal of life. In order to find the answer, the four young men with full of curiosity regarding their lives, Lee Seung Gi, Lee Sang Yun, Yuk Seong Jae, and Yang Se Hyeong, head to find their master to learn things and get a correct answer. They find the master and spend a day in the master’s place to learn things that they didn’t know, and wish to know. Whom will they get to meet? And what will they learn throughout the stay?
Episode 1&2 Master: Jeon In Kwon
Watch: Viki Pass 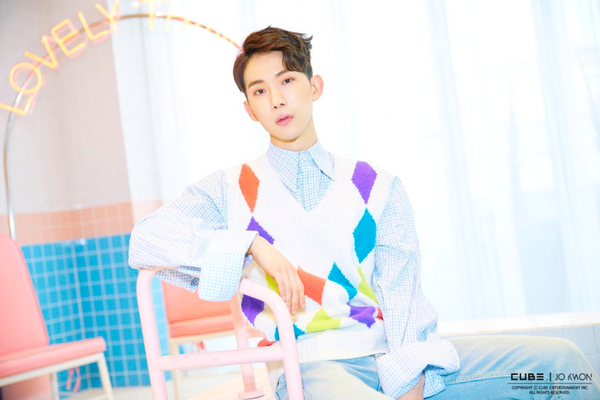 “I needed a turning point,” Jo-kwon admitted during an afternoon press conference for his new song “Lonely” at Blue Square in Seoul.

“I did not think it was a big issue for me, but I was at JYP since I was a child. And I had been there for 16 years.” He continues breaking down why he left the agency he made his debut from with 2AM. “But, I thought, I have shown everything I could show at JYP in those 16 years. I was so happy and thankful, but I needed a turning point,” he said.

Last year Jo-kwon decided not to renew his contract with JYP Entertainment after 16 years. Later, after about a month Jo-kwon revealed that he had signed an exclusive agreement with Cube Entertainment. His decision to sign with the agency was mainly motivated by his friendship with the CEO. Moreover, although he was staring over at a new company, Jo-kwon said that it was not uncomfortable. “Actually, while 2AM had a contracted with JYP Entertainment, our management was with Cube Entertainment! So When I moved to Cube, I felt as if I had returned home without any embarrassment.” 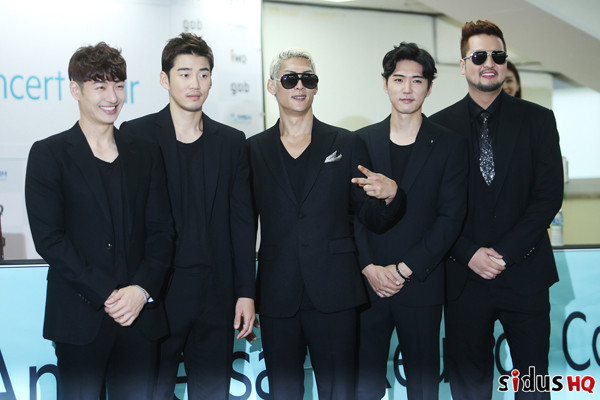 According to insiders, G.O.D members met to celebrate the new year and discuss a possible 20th-anniversary album. However, further details, such as a release schedule, have not been set, it is somewhat significant for the K-pop industry to see this legendary group once again. The group attracted a lot of attention in 2014 when they announced a reunion for their 15-year anniversary. Further, a 20-year anniversary will likely gain even more attention.

Last year in an interview Kim Tae Woo said, “Next year is the 20th anniversary of G.O.D’s debut next year. So, I am planning something big.” This comment attracted attention and expectation that the group would do something special to commemorate the event.

G.O.D made their debut in 1999, which means that their 20th anniversary is next year. However, the members contend that this year marks the conception of the group. Accordingly, the members of G.O.D are planning to present special gifts to their fans who have continued to give them support throughout the years.


It's a good idea, look at Sechs Kies. New music, videos, concerts, even a movie.

Local broadcaster SBS is being heavily criticized for giving out gift certificates as a payment to staff.

It was recently reported that a director, who worked for SBS’ “Same Bed, Different Dreams,” received gift certificates for his six-month payment worth 9 million won ($8,500).

As the news surfaced, many condemned SBS, one of the three major TV networks in Korea. In response, SBS apologized through its official website Thursday. “No matter why, it is wrong that a part of payment for a dispatched worker was made with gift certificates,” the post said. “We are investigating if similar cases had happened before.”

It added, “We apologize for hurting people who worked hard to make SBS shows. We will work to ensure that this will not happen again.”

Digging their Music Core outfits. If anyone can tell me the brand/designer, please?

Park's mother, Jang Myung-ja, died on Friday while undergoing treatment at a London hospital for her injuries caused by a car accident in the British capital late last year, according to the officials.

Later the same day, Park's grandmother, Kim Mae-shim, died at a long-term care hospital in Suwon, south of Seoul, they said. Kim was 82.

my condolences to Park Ji-Sung & his family.

JBJ will be releasing their next album on January 17 at 6pm!
This is the third round up with the teaser video for their new single
🌺 'MY FLOWER' 🌸
They also released a Behind the Scenes video for their jacket photoshoot (featuring a dog!)
In just 3 days we will have a new JBJ Album! Let's get JOYFUL!
🌈 ENJOY! 🌈