jisoo: my depression has sunk to the end of the earth(/hit rock bottom). i have no one to talk to. i feel too bad/sorry to talk (about this) to the members. i'm telling you this story because i have no family. i think i'll need to be strong, so i'm pretending to be strong. pic.twitter.com/xqY9SuAWay

unfortunately, i can't find the original tweet, so i hope the translated version is okay, mods. it breaks my heart knowing that she doesn't have anyone to talk to & that she feels extremely low on herself. the hashtag (#서지수사랑해) is trending, so hopefully she sees that she is loved. If you need someone to talk to, please don't hesitate to do so. You can contact a direct hotline number (which I will put under a cut because the list is long).

Walkin'In Time MV behind the scenes

They are the first Korean group to do so. Psy's Gangnam Style was certified double platinum.

"Sagaji House" is a drama about modern people who are used to living alone. They come together under one roof and realize the true meaning of love.
It stars Lee Sang of Imfact, Zuny of Ladies Code, FT Island's Lee Jaejin as well as model Nam Yoonsoo. 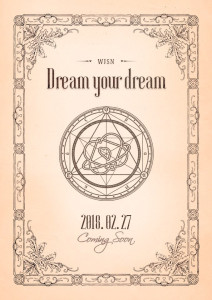 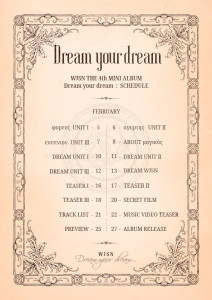 This week’s episode of The Return of Superman is titled, ‘I Cheer on Your Courage’. Donggook and the five siblings become runway models of a charity fashion show and experience the chaos of a backstage. Sam uses his wits to help William who gets exhausted while enjoying the food tour in Japan. Meanwhile, Jiyong finds enlightenment of raising a child through Seungjae’s creativity test.

Oh God, I couldn't stop laughing at the end of the twins' mission to meet their mom lol. William and Sam are still in Japan, and they go shopping for snacks and presents to bring home. Jiyong takes Seungjae for some testing. Why are they always testing the kids? So many different tests we've seen over the years. Seojun and Seoeon also meet with Kahi and her son Noah. He's a big baby lol.

Aka the horror special we all needed

Someone please give the animator a raise

GOT7's Jinyoung, Blackpink's Jisoo and NCT's Doyoung are leaving their MC-positions, this was their last show. Inkigayo will also not be airing next week.

On the February 4th broadcast of Inkigayo, Jinyoung, Jisoo, and Doyoung, who are known as 'JinJiDo', made their last appearance as the MCs of the show and gave their thanks.

Doyoung said, "I was happy to see everyone every week. But please wait for our comeback, it will be really cool." and "Thank you to the staff."

Jisoo said, "Today is JinJiDo's 1st anniversary. Thank you to fans who cheered for us all this time and to PD-nim."

Jinyoung said, "Thank you to the viewers who loved JinJiDo, the fans of JinJiDo, and director-nim. It feels like I won #1" and gave his regards to the other singers appearing.

MXM's Kim Donghyun and other singers gave flowers to the MCs, making them smile.

Inkigayo will not air next week, and will return on February 18th.

i'm so saaaddd!!! :( they were so cute together. i loved their weekly matching outfits and banter.. 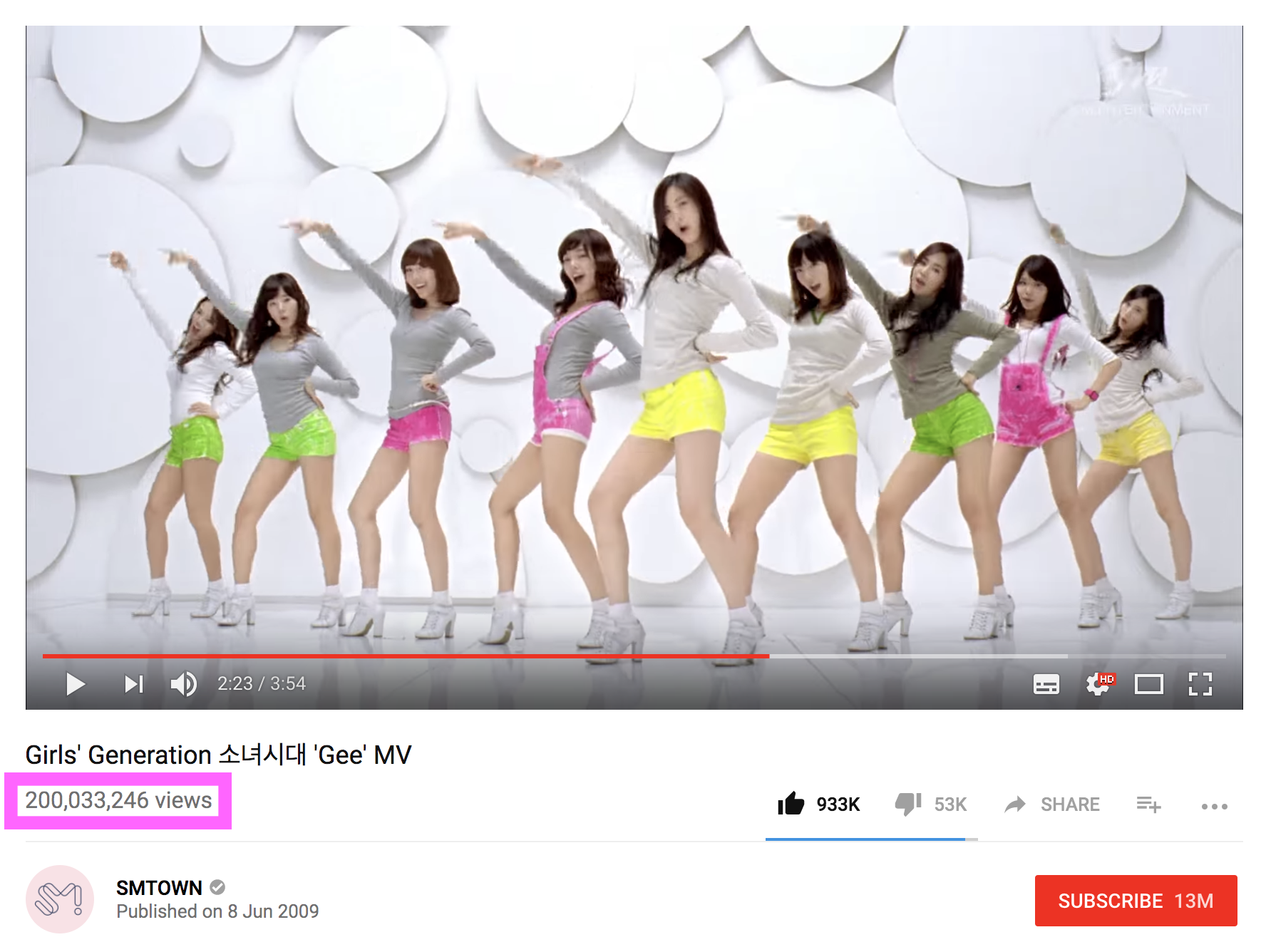 it's the second MV of theirs and the second video on the SMTOWN channel overall to surpass 200m!

* “Vol. 1” in the “GD&TOP Vol. 1” sense…we may see a follow up post to this, maybe not. Unlike other celebrity weddings, Youngbae and Eunran did not have a formal press conference or photo shoot with the media before the start of the ceremony. And even after a couple of days, most of the guests haven’t shared much. But there have been a few pics and vids out, so thought I’d share some now. Because once they all start coming out, I won’t be able to keep up. I’m already overwhelmed lol.


Jumping ahead to their first dance. Because Youngbae looks so happy, and Hyorin is soooo lovely…YES GIRL YOU TWIRL AROUND IN THAT GOWN LIKE THE DAMN PRINCESS YOU ARE.


Ahhh, nothing like spending hours on a wedding post to remind you of how alone you are. But I got some takeout pad see ew and I got a feeling a wedding ot5 photo is coming soon. 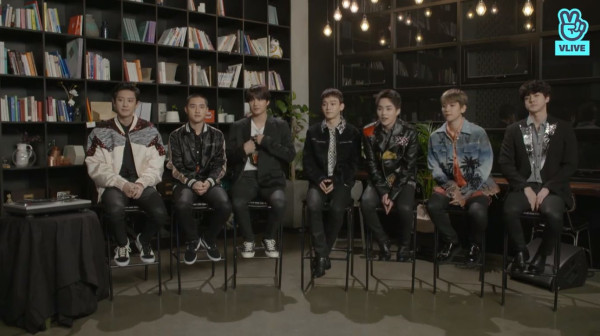 No Suho because he had a schedule. I'm mainly posting this because they promised if they get up to 8 10 million subscribers on v live, they'll do a tipsy live. They're 3 5 million short. Do your duty and subscribe!
Edit: Corrected the numbers. On their way to Kouhaku: TWICE’s company director talks Japanese expansion and the circumstances surrounding their big break

Beginning with 2PM, JYP Entertainment Japan has continued their streak of successes with this year’s massive breakout hit TWICE, appearing for the first time at the 68th Kouhaku Uta Gassen and surpassing 200,000 sales of their Japanese debut single “One More Time” within its first week of release. We spoke to the company’s representative director, Shannen Song (Song Jieun), about the promotional strategy behind TWICE’s breakthrough and how they cultivate artists.

―― TWICE made their Japanese debut just this year and have already become a quick success. Can you tell us about how you achieved this?
Ever since their Korean debut, the response from Japanese consumers has been great. We saw even from YouTube analytics that Japanese viewers were accessing their videos in almost real time to the Korean release. With that in mind, we conducted quite serious target analysis as to how they might be received in Japan even before their Japanese debut had been decided.

This is about a month old (published the day before TWICE appeared on Kouhaku), but I didn't see it translated anywhere and it goes into some interesting stuff about how JYPE approaches marketing and planning for their groups in Japan, plus some other discussion about how they operate as a company. IDK if I agree that they haven't changed TWICE for the Japanese market ugh the Candy Pop MV but I liked this look into JYPE's perspective on them and how they're factoring that into their branding.

Sohn Seung-won is the third friend, Doo-shik, a “freelance writer who’s half-unemployed”. Altogether, none of the guys has had any luck in any of their endeavors, but hope that they’ll have better luck running the Waikiki guesthouse and be able to finance their own film project. But then a mysterious baby and single mother make their appearance, and kick off an unpredictable and comical series of ups and downs.

This looks ridiculous and I'm here for Three Men and a Baby kdrama style.

On January 31st, all 8 members of Girls' Generation had a little party at Tiffany's place to celebrate Sooyoung's birthday! Of course they didn't forget to take lots of selfies and videos for Instagram, as seen below.

Some of the girls posted the following video with different messages to their fans:

Seohyun posted the same video and wrote: SONE~~~ We miss you💕 As expected, we wrap it up with “Right now it’s Girls’ Generation!!” 🖐🏻 Keke, our unnies, love u💋#RightNowItsGirlsGeneration #SNSD #RightNowGoingForwardForeverSNSD #SONE #SNSDSONEILoveYou

MY GIRLS!!! (ﾉ◕ヮ◕)ﾉ so happy that they're still hanging out and have fun!! do you miss soshi, omona?
p.s. this post is dedicated to another resident soshi stan,