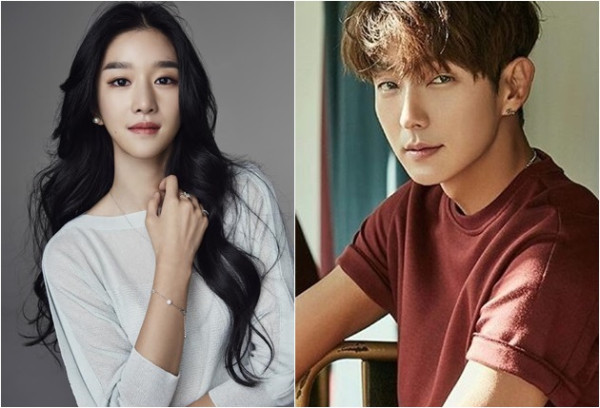 Lee Jun Ki and Seo Ye Ji have confirmed they will be appearing in tvN’s “Lawless Lawyer”, which is slated to begin airing in May. Lee Jun Ki is set to play Bong Sang Pil, who used to be a member of a gang before becoming a lawyer. He treats law books like kitchen appliance manuals, and his preferred method of resolving a situation includes fists rather than the law. Seo Ye Ji will be portraying Ha Jae Yi who lived a self-directed life since she was a kindergartener. She becomes a great lawyer who fights for justice but ends up getting demoted after attacking a judge. She meets lawyer Bong Sang Pil following her demotion and they get tied up with each other.

“Lawless Lawyer” will be the story of Bong Sang Pil going against an absolute power in the court of law to avenge his mother. It will be a legal action thriller that follows a man who has wanted nothing but to get revenge, and the growth he goes through as he seeks justice. The script will be written by Yoon Hyun Ho, who has worked on the drama “Remember” and films “I am a Father” and “Confidential Assignment,” and the project will be helmed by producing director (PD) Kim Jin Min, who was worked on other dramas like “Time Between Dog and Wolf,” “Pride and Prejudice,” and “Marriage Contract.”

“Lawless Lawyer” is set to begin airing in May after “Live,” the follow-up to tvN’s current weekend drama “Hwayugi.”

Ugh at another legal drama, but I like both leads so I'll be checking this out. Hopefully it will be more action revenge and less boring courtroom scenes. For a time, the Korean pop phenom’s U.S. crossover felt imminent. So what is standing in her way?
By Owen Myers
Illustration Sharon Gong


In November, K-pop’s self-proclaimed “baddest female” seemed to be at breaking point. The Korean pop phenomenon known as CL was a centerpiece guest on “Livin’ The Double Life,” a Seoul-based TV show that promises intimate insight into the lives of the country’s best-known personalities. Live interview elements were interspersed with pre-recorded segments that generally veered towards light, enjoyable fluff: CL bonding with L.A. teens over In-N-Out burgers, or adorably failing to master the “fireman spin” at a pole-dancing class. But in one particularly vulnerable part, when she talked about her four-year struggle to succeed in America, her eyes filled with tears. “I didn't even know that it was hard,” she said, her voice cracking. “Since [a K-pop artist crossing over] never happened before, there's no path I can follow. People want to help but they don't know how to help.”

icymi: ikon's Love Scenario has been #1 on the music charts for over 31 days since it's release, currently at 159 hourly PAKs (the most among all artists), YG promised a gift for ikonics in return. 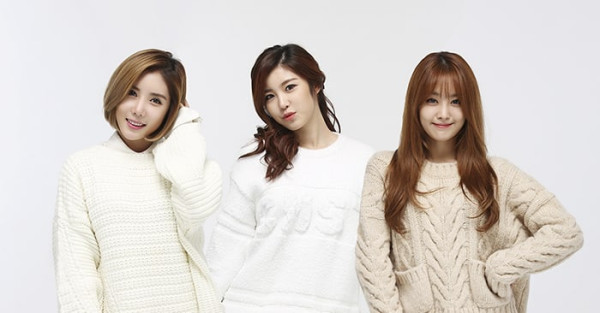 Members of Secret are in a legal dispute with TS Entertainment. (OP: surprise surprise)

On February 28, a news outlet reported on Secret’s current status.

In August 2017, Song Ji Eun submitted a request to the Korean Commercial Arbitration Board to verify that her contract is no longer valid due to TS Entertainment not following the terms of the contract, including basic management duties and transparency of payments.

Sources: OSEN and OhmyNews via Soompi

PUMA said on the 27th "BTS have been doing various activities with us for 4 years as our brand model. This year they will be much loved as global ambassadors as well."

They will showcase special edition Turin with the concept "TIME WITH BTS". BTS participated in the logo design process.

Also, John Cena is getting wild on his instagram. It could be hype because BTS have been nominated for a Kids' Choice Award or he really likes Hobi. okay. a disclaimer: this post is really brief. condensed. to the point. it's probably the most difficult one i've ever had to make on here. as said above: shinee finished up their fourth consecutive dome tour on tuesday, february 27th. there were four total concerts: two held at kyocera dome between february 17th - 18th, and a final two held at tokyo dome between february 26th - 27th. it was their fourth time performing at tokyo dome and their third performing at kyocera. the concerts were successful and pretty much entirely sold out but..... very emotional and overall seemed to be difficult for the members (despite them being able to loosen up during some of the more uptempo performances) which is another reason why i'm keeping this brief. i'm only going to include fancams of the performances of their two new tracks, both which will be featured on their best of (/ greatest hits) album to be released in japan on april 18th. the concerts acted as a culmination of their activities in japan up until this point, a memorialization of jonghyun and way for okmt to stress that shinee will forever be five. 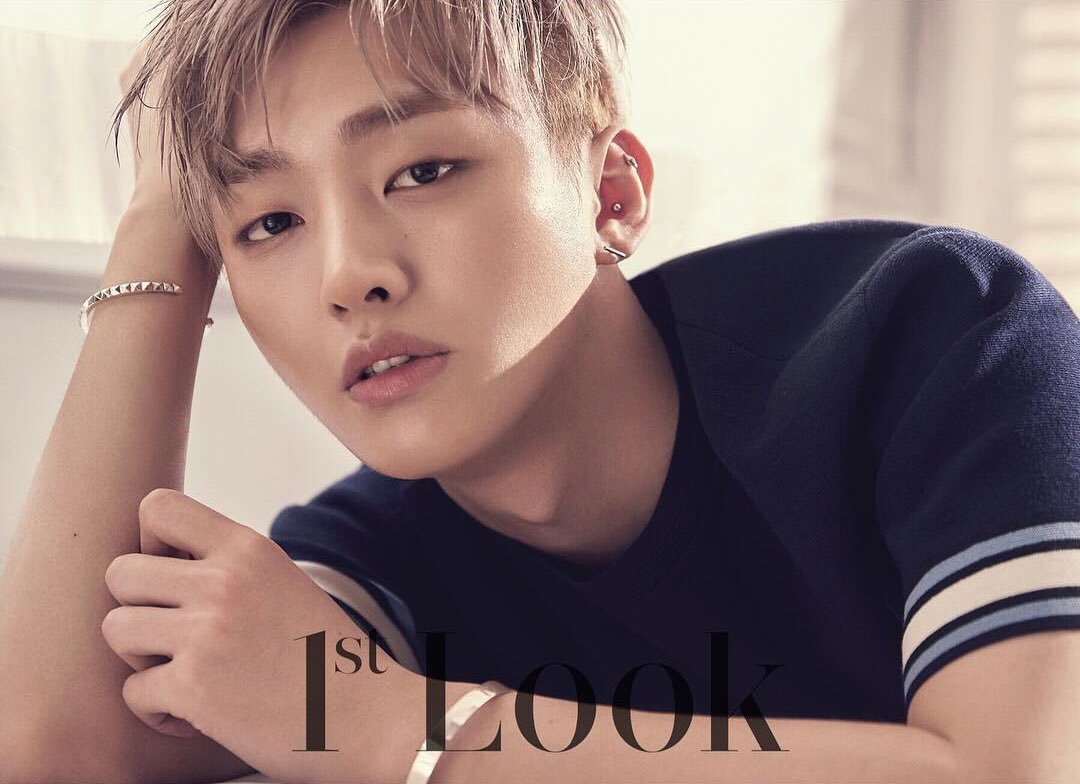 Wanna One’s Yoon Ji Sung recently opened up about his own experiences as a trainee to offer advice to people who are worried that they are getting a late start in life.

During the event, Yoon Ji Sung shared his own life story as he said, “I think this is something that everyone in their early to mid-twenties can relate to. I debuted at a relatively late age. Although I was personally okay with the waiting that I had to do, what started to take a toll on me was when my family would gather for the holidays and everyone would be worrying about me and asking me, ‘So when are we going to see you on TV?'”

i love Jisung so much..

he gives such great advice always, it's no wonder everyone on broduce loved him. <3

whoever you are, whatever you're going through, know that Jisung is rooting for you!

🏆 The 15th Korean Music Awards for Musician of the YEAR - @BTS_twt

Facts and facts only. This concludes all Korean award shows for 2017. Besides their win today, BTS scored a total of 5 Daesangs (MMAx2, MAMAx1, SMAx1, GDAx1) and 15 other awards for their accomplishments (music, brand, style) during the year.

Congrats to the boys and congrats to ARMYs for their hard work! Let's fly even further in 2018!

AKA drama version of their MV. Seungmin and his friend Dabin film Bomin & the boys training to have super powers at highschool for their youtube channel. It's cute!

(x)
Omona, if you're looking for another cute boy group, pick them! There are also two vlive variety shows and a bunch of subbed content for the previous era: Woollimpick of course, Ring It!, etc, but I focused on 2018.
Did you like the Golden Movie? Who's your bias?


This week's episode of The Return of Superman is titled, 'That Makes a Family'. To celebrate the new year, Hwijae and the twins meet with the people close to Hwijae and exchange heartwarming greetings. Jiyong visits Yeonnam-dong with Seungjae and has an eventful day. Donggook, his parents, and his children visit the graveyard of Donggook's grandmother and savor the love of their family. Sam takes care of the two sons by himself for the first time and realizes the hardships and the joy of raising the children.

I only watched a few scenes so far. William is getting so big! Talking all the time now. And Seungjae is so bright and cheery! I couldn't stop laughing at them rushing back to the restaurant. And gimme ALL the cilantro.

Source: loonatheworld
I don't know what is this but aaaahhhhhhhhh

They all sound so good!!!

Song Ji Eun has released a statement in which she explains that she is leaving Secret and making a new start.

It was announced on February 28 that Song Ji Eun had submitted a request to the Korean Commercial Arbitration Board in August of 2017 to verify that her contract with TS Entertainment is no longer valid. The reasons for the invalidity of her contract that she stated included inappropriate distribution of payment for her drama appearance, contracts being signed against her will, failure to provide reimbursements, and the transfer of her exclusive contract rights to a third party without her permission.

Later that day, Song Ji Eun shared the following statement via Instagram explaining that she is leaving Secret:
( Collapse )

Dear all, First, allow me to thank once more the genius Mr. Bang, Big Hit and BTS for giving me and my... https://t.co/7RsclbKRfh

Good riddance. Who do you think should represent BTS for their future US activities?

🎵 Get ready for a roller coaster of an #AnswerTime! #Chungha will be answering fan Qs on Tumblr on 3/1 at 9 p.m. EST. Ask away: https://t.co/rmlGq8osqw @mnhent_01 pic.twitter.com/wblKWz4McD

For those participating in tomorrow's Q&A, you can submit your questions here!