Oh hai. it's march. have a happy march weekend!

Ohhh Jinho was soo cool making that trumpet sound! And this is from the OST of Reply 1988 with Jinho giving it a different kind of feel.

AZM has officially entered the music scene with their first single album!

The new girl group consists of members Eunji, Suhyun, Seoyeon, and Yukyung. Their group name AZM stands for “A to Z Music,” meaning that the group will always release music of different genres. Their debut track “Edge” has a moombahton beat that will definitely have you dancing along!


The design looks so good! I love the use of the colors and the covers look to be really nice looking! I was hesitating to pre-order anything because I wasn't sure how I felt about this comeback (they didn't give the album preview any release date so I was worried we wouldn't get one) but leave it to got7 to prove me wrong once again. I'm sorry I doubted you!

Also, what's this about Tour perks? 👀 ofc it's only for Seoul tho lol

iKON announces new song release 'RUBBER BAND' with participation by WINNER Mino. YGE also mentioned that we can expect more collabs in the future from the two teams. No MV as this is a surprise gift but fans can look forward to new choreography & promos.

kinda bummed there's no MV, but this is exciting!! i can't wait for more collabs and just more music in general pls.......

On March 2, the group uploaded a handwritten letter on their fan cafe penned by their leader JeA.

Read the full letter below:

“Hello, this is Brown Eyed Girls.

“Our fans! It’s been a while, hasn’t it? Do you know what today is? It’s Brown Eyed Girls’ 12-year anniversary. Our leader JeA is putting the four members’ hearts together and writing this letter, to repay in this small way, the love and support our fans have given us during these long 12 years.

“Our youngest has already turned 32 years old. Throughout the years, there were things that happened that were happy, and also not so happy, but the encouragement from you all who have been with us the whole way has always been a huge source of strength for us.

The Good Witch stars Lee Da-hae a kind housewife who starts living a double life due to unavoidable circumstances. Her second identity is her twin sister, a stewardess who is known as “Cutting Witch” for her cold, nasty personality. Ryu Soo-young plays an intelligent and well-traveled pilot who lives a YOLO lifestyle, avoiding the possibility of a sad marriage. His life is upended when he meets Lee Da-hae’s character, and he begins to question his stance on marriage.

Despite his growing affection for Lee Da-hae, of course this love line will be complicated by the existence of her husband, played by Bae Soo-bin. He’s an unemployed bum with the gift of gab, who is excessively emotional and more invested in updating his social media than seeking employment. The airline that Ryu Soo-young works for is Hangong, a family-run conglomerate. The director of Hangong will be played by Yoon Se-ah, the hotheaded eldest daughter of the CEO. Her brother (Hangong’s CEO’s youngest son) is a mischievous troublemaker, who will be played by Ahn Woo-yeon.

The Good Witch premieres on Saturday, March 3 on SBS.

Wanna One's Special Theme Track released on 3/5 is called "I Promise You", produced by 별들의전쟁 (GALACTIKA), 아테나 (Athena) (these 2 people wrote TO BE ONE Intro) and 로빈 (Rovin)
Source: CJENMMUSIC Official | @incessantbeat

they all look so good!!!

Han Seung-Joo (Uee) is a single woman in her mid 30's and she works as a PD at a broadcasting station. She does well at her job, but she is not nearly as good when it comes to housework. Han Seung-Joo has a hard time dealing with social prejudices about single women. To get the position of a "married woman," Han Seung-Joo marries Oh Jak-Doo (Kim Kang-Woo) who lives in the mountain and eschews money and possessions to live a simple life. Their marriage is not based on love, but their relationship develops romantically.

Jeon Hyun-moo and Han Hye-jin, who officially revealed that they are dating this week, opened up about the back story of their relationship on MBC ‘I Live Alone’. On March 2nd, the show had a special episode where the ‘rainbow’ members gathered to the studio and talked about the new couple.

Other members including Park Na-rae, Lee Si-eon, Henry, and Kian 84 seemed all shocked because they didn’t know about the two’s relationship, either. Henry, who couldn’t make it to the studio as he was having a foreign schedule, was especially shocked when Jeon Hyun-moo told him on the phone “Say hello (pointing Han Hye-jin), this is my girlfriend.”

A follow up to this post. Still hoping that this won't change the show much...but a special episode just to discuss their dating news? Hmmmm. 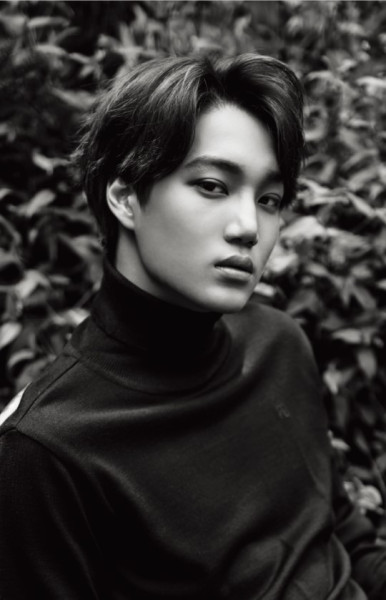 KBS’s upcoming drama “Miracle That We Met” announced that Kai will be joining the cast alongside actors Kim Myung Min, Kim Hyun Joo, Ra Mi Ran, and Go Chang Suk. “Miracle That We Met” will tell the fantastical story of a man who suddenly finds himself living the life of another man with whom he shares the same name and age, but with whom he has nothing else in common.

Kai will be taking on the role of Ato, the young, energetic messenger whose crucial mistake becomes the turning point in the lives of the drama’s characters. After his error proves to have disastrous consequences, Ato suffers various trials and tribulations as he attempts to set things right.

Lots of dramas coming up in the next month or so, hopefully something can get me out of my drama rut. 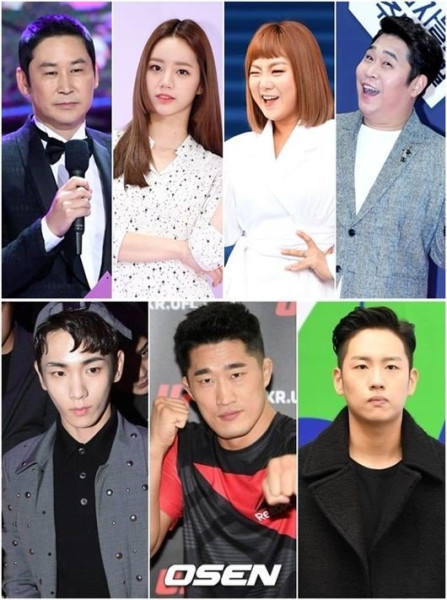 Titled “Surprising Saturday”, it will be a weekend variety show made up of several different corners. One of the corners is studio variety “DoReMi Market,” which will feature members completing game missions to eat foods from the hottest markets across the country. Additional corners will continue to be revealed.

The exact time slot has not been decided yet, but “Surprising Saturday” is set to premiere sometime in April.

The Girl Scouts got me good this week, guys. Stopped me outside the grocery store on the first day of my period and BAM! Took all the cash in my wallet. And then again today at lunch for no real reason whatsoever. I’m going to see how many boxes I can gobble up this weekend because now I’m too broke to go out cause I spent my money on cookies. Circle of life. Anyways, every week I search the charts for this day in the past and post the top three songs. Then I pick out two more from the top ten as honorable mentions. This week, we’ll see who was on top on the 1st week of March, 2014. I vaguely remember these songs, maybe you remember them more.


#3 Junggigo and Soyou featuring Lil Boi “Some”
This song! THIS SONG! Love this song! I still hear it every now and then, on variety and dramas when there’s some lovin’ going on. I remember this video, it’s cute! Poor bear lol. The MV stars Soyou’s Sistar groupmate Dasom and B1A4’s Baro.

GOT7 <Eyes On You>
TEASER IMAGE #Mark ① CLC's stages for Black Dress are so good! According to insiders, THE BOYZ will launch activities with the release of a new album in late March. The group is in the final stages of preparing for their comeback.
( Collapse )
source: naver+tastetherainbeau's trans

Your new favorite Youtuber is here

OP'S STILL DISTRACTED BY HOSEOK'S SHINY PANTS. STILL OP'S BTS JAM OF CHOICE
DID WE EVER FIND OUT WHO POSSIBLY MAY HAVE KILLED THE BULLETPROOF BOY SCOUTS?  OBVIOUSLY, NOT TODAY.