Everyone have a happy weekend! If you're celebrating Saint Patrick's Day have fun & always get a safe ride home!

If Jinyoung in a rash guard is not an incentive to watch this show, then I don't know what is.
Now that we've come to the last episode, what is your favourite moment from the show? 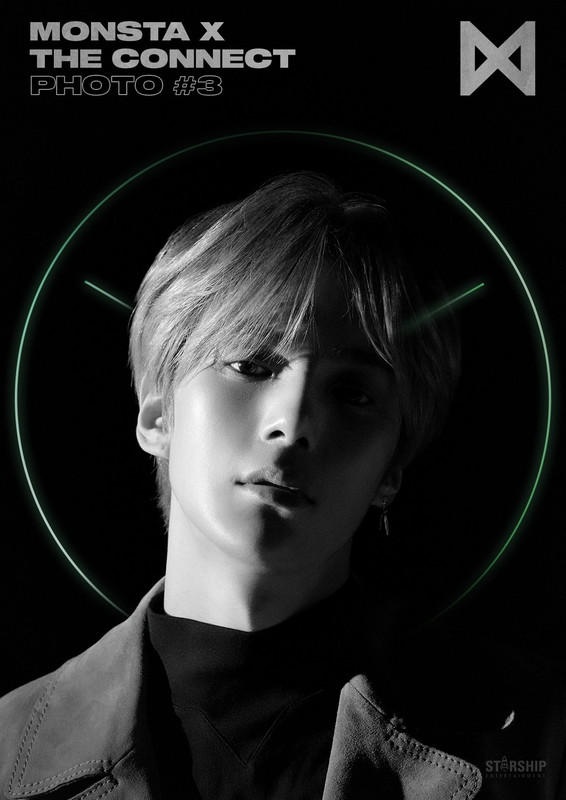 ( *click* for hqs )
( Collapse )
november boyzz! i loooooove minhyuk's! before this the younger members had the more ~* halo looking edit and now minhyuk has it which i love, but i'm not betting on it amounting to anything, tbh. i can't wait for the b-cuts of kihyun's! he looks awesome & i wanna know if his shirt was colorblocked for this shoot
THE CONNECT comeback navigation:
🕜 deja vu: wonho & kihyun / shownu & minhyuk / jooheon & i.m / hyungwon
📸 concept photos: wonho & jooheon / shownu & i.m / minhyuk & kihyun
🎛 miscellaneous: coming soon / schedule
SOURCE(s): officialmonstax@twitter (minhyuk | kihyun)

( Collapse )
I love everything about this! 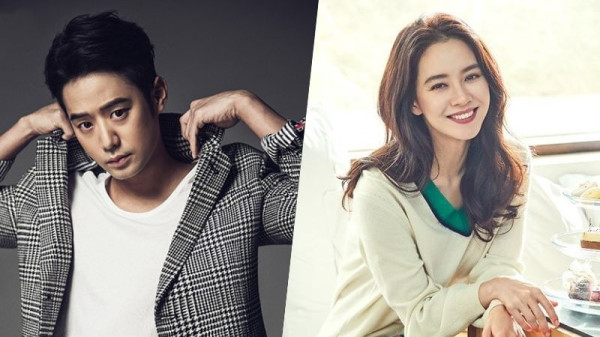 “Romantic Comedy King” is a fantasy romantic comedy that tells the story of Da Da (Song Ji Hyo), a special effects makeup artist who has a heart of steel after being hurt from love. She finds herself caught between top celebrity Ma Wang Jun (Chun Jung Myung) and a robot designed to be her perfect boyfriend, Young Goo.

The drama is an adaptation of the Japanese manga “Absolute Boyfriend,” written by Watase Yuu. With Song Ji Hyo and Chun Jung Myung playing the leads, the production team is now in the midst of casting the supporting roles. “Romantic Comedy King” will be directed by Jung Jung Hwa of tvN’s “Flower Boy Next Door” and written by Yang Hyuk Moon, who also penned JTBC’s “Mirror of the Witch.”

“Romantic Comedy King” will be airing in the first half of 2018, potentially on OCN. 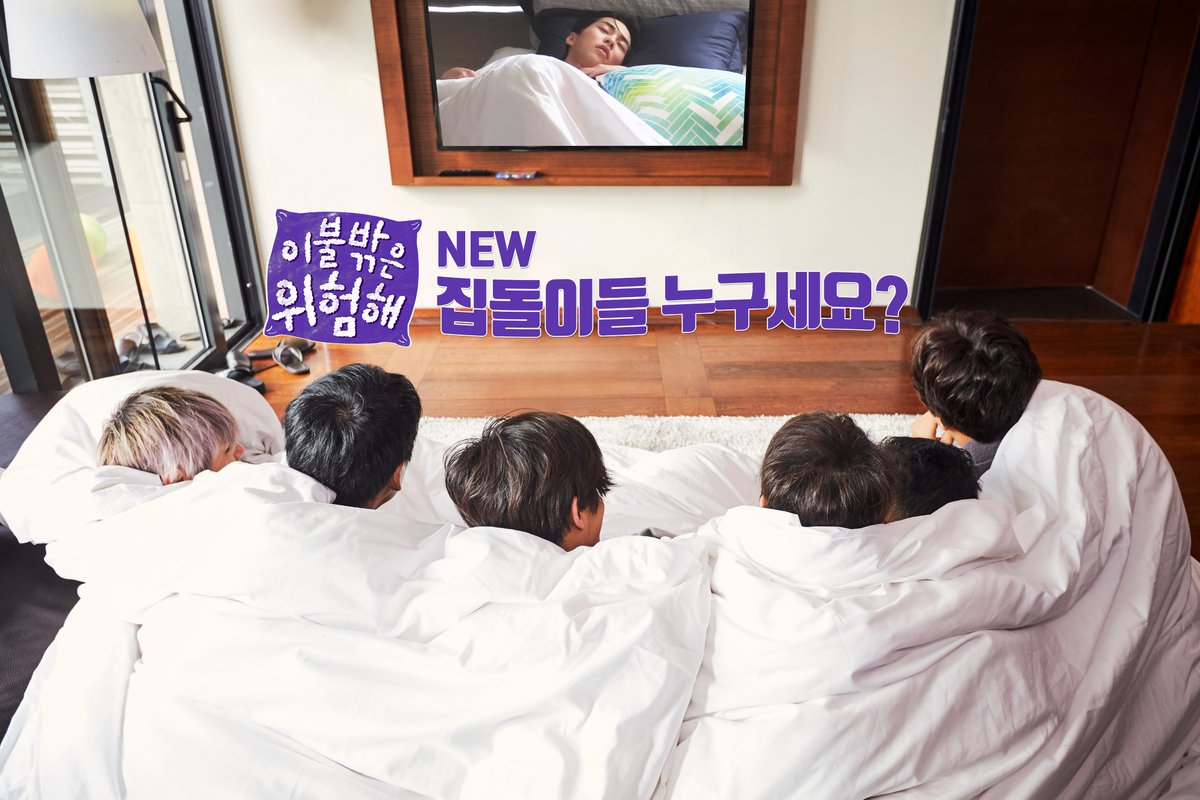 On March 16, it was announced that Xiumin is part of the cast once again. He expressed his deep affection for the show and ultimately decided to reappear despite his busy schedule with preparing for the upcoming EXO-CBX comeback in April.

Xiumin will be reuniting with Wanna One’s Kang Daniel, who had also been part of the pilot series last August. Other cast members confirmed so far include actors Kim Min Suk, Lee Yi Kyung, Lee Pil Mo, and iKON's Ju-ne.

MBC has also revealed a cute photo of the upcoming cast members cuddled up together in front of the TV.

“It’s Dangerous Outside the Blankets” is aiming to air in early April. 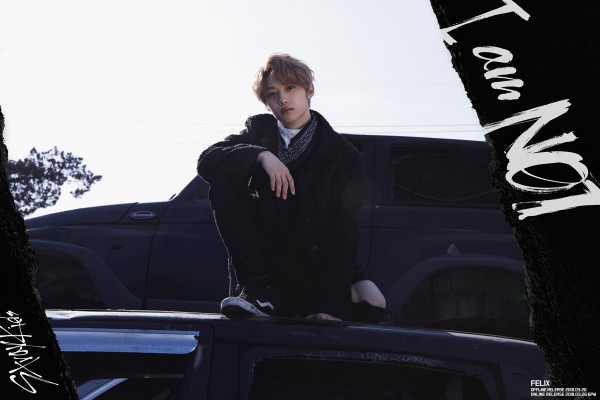 those ticket sales tho!!! Plot: Go Hye-Ran (Kim Nam-Joo) is a popular anchorwoman for a prime time news show. She works hard at her job. One day, Go Hye-Ran becomes the suspect in a murder case. Her husband is Kang Tae-Wook (Ji Jin-Hee). He worked as a prosecutor in the past, but he now works as a public defender. Their marriage has also been on the rocks. Kang Tae-Wook decides to defend his wife and they fall in love again.

Where to watch: Drama fever, viki

the choreo for this is done by the same choreographer of Got7's Hard Carry, Fly, Look; SVT's Thanks; EXO's Monster, & The Eve

One of their funniest Weekly Idol appearances! Poor Yugbam at the unlinking game and lmao @ Jackson throwing JB under the bus with the kiss question (props to JB for his continuing shameless self-promo with that answer though!!!)

Happy Friday! Every week I check out the charts for this day in the past and share the top three songs. Then I pick out two more from the top ten as honorable mentions. This week, let’s see what we were listening to 5 years ago, in the 3rd week of March, 2013.


#3 Rainbow “Tell Me Tell Me”
I love this sooooo much! This is one of my favorite Rainbow songs, probably my second fav from the group. The song is so much fun and everything about this era was too damn cute!

This was a good trip! They did a bunch of different things, and the girls were fun! I could also watch Minah shove Bruxies into her mouth all day lol. I’ve never liked the Pie Hole’s Earl Grey pie, but I have so many fond memories of that first OG location. The Palm Springs tram is terrifying lol! Even if you keep your eyes closed, you can still hear everyone screaming. Because everyone screams at the same time lol. I love Palm Springs so much. That was a full trip, actually. LA, Palm Springs, and the OC in 3 days? Too much! Minah is so adorable! And her Asian Glow lol!

The court has announced its sentence in the first trial for the man who killed actress Song Sun Mi’s husband.

In November, the man (hereafter known as “A”) pled guilty to contract killing Song Sun Mi’s husband. The deceased had been helping his grandfather file a civil suit after his grandfather’s land had been illegally seized. He was stabbed to death in August by “A,” who received 2 billion won (approximately $1.9 million) from a grandson of a wealthy family.

This is from their upcoming Japanese album.

Come join us at the unofficial OMONA discord to watch and discuss this show!

;___; brb timetraveling back to the 80s to adopt an abandoned photographer boy.

for anyone who wanted to see all 18 on one small-ish stage. at least i think it's all 18