UP10TION will be taking a break from activities after the passing of 100% member Minwoo.

On March 26, their agency TOP Media revealed, “After discussion with UP10TION, all of their scheduled activities for the week have been canceled to take time to heal.”

100%’s leader Minwoo passed away on March 25. Although UP10TION is in the midst of comeback promotions for their new album “Invitation,” they will take the week off to grieve the passing of their labelmate and friend.

Eric Nam will finally be releasing a new mini album!

While he has released several singles, collaborations, and OSTs over the last two years, this will be the singer’s first mini album since his 2016 mini album “Good for You.” Eric Nam personally participated in the composition, lyric-making, and production of all the songs that will be included in his upcoming album.

His upcoming title song is reported to be different than anything the singer has put out previously. In collaboration with Delta Air Lines, he filmed the music video for the track in Mexico at the beginning of March. Notably, he is the first Korean artist to collaborate with the airline in this manner.

On March 26 at 6 p.m. KST, JYP Entertainment’s newest boy group released their debut album and the music video for “District 9.”

If you don't know Stray Kids that well yet, check our their pimp post here!

As of me writing this, their MV is sitting at 7.1 million views. Bow to your rookie kings!! 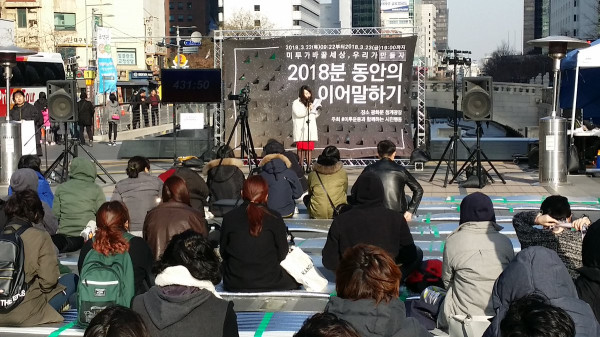 So much tears & hugs at this marathon two-day speaking event in Seoul for women to share their experiences & thoughts over sex abuse. I saw women talk about abuses by bosses/church elders/a husband & insults by police when they came forward, in the span of just an hour. 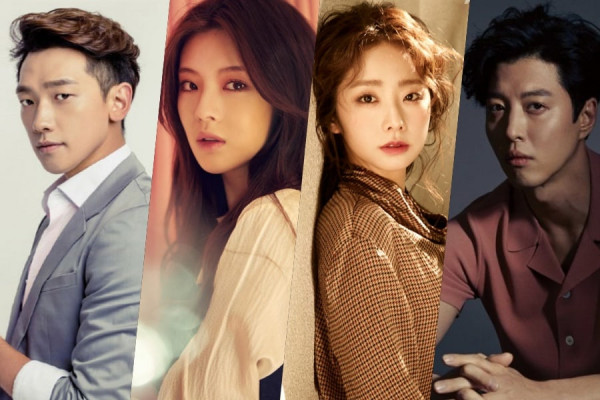 Lee Sun Bin will play the leading female role as a detective who has the ability to sketch out drawings of what will happen three days in the future. Im Hwa Young is set to play a character who is the brain of her investigative team. Alongside them is Rain, who will play ace detective Kang Dong Su, who uses his intuition and willingness to try new tactics to solve cases. One day, he finds that his fiancée has suffered a mysterious death, and he throws himself into the case to uncover the truth. Lee Dong Gun will be playing Kim Do Jin, a special forces sergeant who begins to plot revenge when his pregnant wife is murdered.

“Sketch” will be an investigative action drama of a group of people who try to change a future that has already been set. The story will follow an ace detective and a female detective who can sketch out the future as they try to capture a serial killer. “Sketch” will be the follow-up drama to “Pretty Noona Who Buys Me Food” and will begin airing in May.

“Switch: Change the World” will be the story of a conman suddenly becoming a prosecutor and using his skills to take down those who try to avoid the law.  Jang Geun Suk will play the charismatic and brilliant Sa Do Chan, who is smart enough to become a prosecutor but due to a reason that has not been revealed yet, becomes a conman instead. With both a legal mind and conman tricks up his sleeve, he prefers to only scam people with a shady past.

Alongside him will be Han Ye Ri playing Oh Ha Ra, a passionate prosecutor who overcame all of her obstacles with pure talent alone. She has been close friends with Baek Joon Soo since they were in school, and when he is attacked during a case involving a new strain of drugs, she stumbles upon Sa Do Chan, who looks exactly like Baek Joon Soo. Though she hesitates at first to work with a conman, she strikes up an uneasy partnership with him to get revenge for her friend and solve the case.

"Switch: Change the World" premieres on Wednesday, March 28 on SBS.

They did my girl Han Ye Ri so wrong with that hair.

expect more blackpink airport posts in the future now that soshi are... mia. :(

This is gonna be gooday

This week's episode of The Return of Superman is titled, 'The Road to You'. Jiyong and Seungjae take a trip by train to Samcheok just the two of them. William's family gets ready to take off to Australia to meet Grandma. And Sam and Wiliam visit Dongdaemun Market and have a good time while picking up gifts for their family. Meanwhile, Donggook's children take fright at the unexpected "guest".

In a latest statement, Hyosung's lawyer revealed she has not been paid by TS since 2015. Hyosung is willing to not get the payment so she could terminate her contract but TS has not reached a settlement https://t.co/oustkzjiTE pic.twitter.com/x566AyhkIB