Under the agreement, BTS will promote LG Electronics' smartphones, including a new flagship model expected to be unveiled in June, through advertisements and various other platforms, including social media.

The company said it hopes that BTS, which boasts popularity not only in South Korea, but in the United States, Europe and South America as well, will help beef up its brand image in the global market.

That song is a mess but BLACK HAIR BANGTAN IS BACK!!! 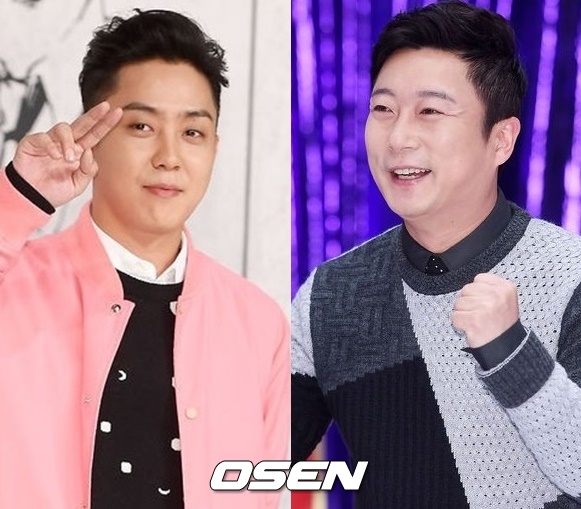 On April 3, MBC reported to OSEN that “the program following ‘Infinity Challenge’ is called ‘Music Q’. Lee Soo-geun and Eun Ji-won will appear in the show.”

Just like we were informed, Choi Haeng-ho PD will take control as the main producer of the program. Previously, Choi Haeng-ho directed ‘I Live Alone’ and ‘We got married’. His new program, ‘Music Q,’ is a program where a panel of celebrities participates in a quiz related to music.

Besides Lee Soo-geun and Eun Ji-won, the production team is discussing the matters with other celebrities such as Kwon Hyun-bin and Kim Hee-chul. However, nothing is confirmed regarding these celebrities, just yet.

Meanwhile, Lee Soo-geun and Eun Ji-won have been collaborating in variety shows for a long time now. They have appeared on KBS 2TV’s ‘2 Days and 1 Night’ and tvN’s ‘New Journey to the West’ together. Two of them presented a great chemistry in previous works, so lots of expectation rises as they confirmed their appearance in ‘Music Q.’

The girl from the salon OMG lol! 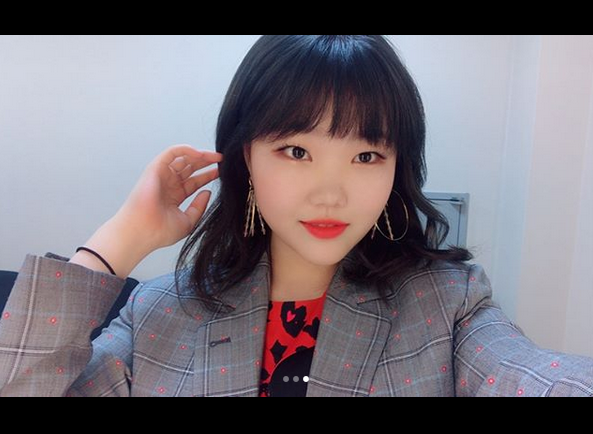 On April 2 broadcast of tvN’s ‘Talkmon,’ AKMU Lee Su-hyun shared her debut story. In addition, she talked about her brother Chan-hyuk, who recently enlisted in the military.

Lee Su-hyun mentioned her brother, Chan-hyuk, and said “I thought I would be very alone once Chan-hyuk had gone to serve his military duties. I even brought tissues with me when I visited him, but I didn’t cry as much as I thought I would.”

Song of the year 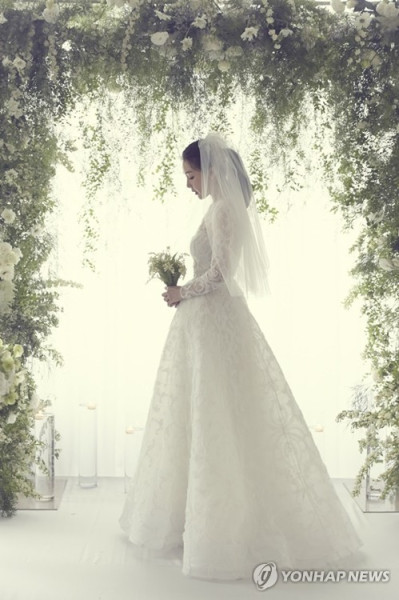 The spouse of actress Choi Ji-woo is a IT company worker in his 30s, entertainment industry sources said Tuesday.

Fans remained curious about the groom after the 43-year-old star had a surprise wedding at an undisclosed place Thursday. Little is known about the groom except that "he is a office worker with whom she dated for about a year" as informed by her agency, YG Entertainment.


I loved her before, but that Temptation drama was so horrible that it's all I think of when I see her now lol. She looks so lovely! Former Wonder Girls Star Park Ye-eun Opens Up About Love, Gender, and Embarking on a Solo Career as Ha:tfelt
by Katherine Cusumano

When Park Ye-eun was 16 years old, she landed an audition with the Korean producer Park Jin-Young, the mastermind behind the über-management company JYP Entertainment. She failed the audition. But when she returned home, she sat down at her piano to practice—and started composing a melody, the first song she had ever written.

More than a decade later, Park, now 28 (30 in South Korea, where everyone is one year old from the moment they’re born), has established herself among the upper echelons of k-pop celebrity. Shortly after that failed audition with JYP, she became a member of the girl group Wonder Girls, one of the select k-pop groups to achieve stardom in their home country as well as international mainstream success; they toured with the Jonas Brothers in 2009 and charted on the Billboard Hot 100 that same year. (They were also the first k-pop act to earn a spot on the Billboard chart.)
But since Wonder Girls disbanded last year, a decade after it was established in 2007, Park has started to pursue her solo career in earnest, under the name Ha:tfelt—styled in block capitals, pronounced like a British person saying “heartfelt,” as she explained to be on a recent evening in Seoul. She issued her first release under this stage name in 2014, but it wasn’t until last year that she signed with a new label and put out a new split single album, MEiNE.

I'm pretty bad at bolding interviews but I hope this is okay. Her interviews are always interesting, I just love what she has to say.

watch for some australian accents 👀 and general skiz goofiness!!

She used to have a personal Twitter account back when she was preparing for the college entrance exam after leaving the Wonder Girls, interacting with fans and twittering about her everyday life. However she deleted it shortly before her solo debut. Go follow her new account @miyaohyeah!

You coming? Details at https://t.co/RpNggUKX4F

SEE YOU IN TORONTO! If you see someone going off, it's probs me.

A South Korean court said Tuesday that it will allow a rare live broadcast of the verdict at the trial of disgraced former President Park Geun-hye later this week.

Park was arrested last year on a slew of corruption charges after being removed from office following months of huge rallies calling for her ouster. Prosecutors are demanding a 30-year prison term if the court finds her guilty.

The Seoul Central District Court said it decided to allow the verdict to be televised live in consideration of public interest. It would mark the first broadcast for a verdict at the trial of a district court, though trials at higher-level courts have been previously broadcast, including the one that dismissed Park from office. 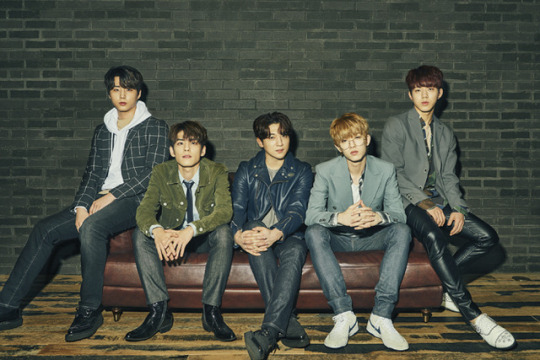 The skilled JYP-produced DAY6: “One day definitely, we will hold a concert at Budoukan, the holy ground of bands.”

The five-man boys’ band DAY6 that is a hot topic around the world right now is incredible. The first band from the renowned Korean entertainment company JYP Entertainment, which houses acts like TWICE, 2PM, and GOT7, has shown great results from the beginning, such as reaching 2nd on America’s Billboard World Albums Chart with their debut album The Day that was released in September 2015. Last year, they embarked on the “Every DAY6″ project, releasing new songs every month and conducting lives.

Also, the tracks that members personally compose and write lyrics for, are truly a collection of good songs. While navigating a variety of genres such as rock, emo, post-rock and R&B flexibly, using the potential and high degree of freedom of having four main vocals, the possibilities of presentation are expanded infinitely. The layered band sound thanks to including keyboard and synthesizer, the beauty of the melodies, dramatic-ness of the lyrics, are all points that should be noticed. Giving off the feeling of the scale of a stadium band, the five people who are truly fitting of the label “talented and skilled”, we look forward to their activities all over the world, starting with Japan.

They finally debuted in Japan on March 14 (Wednesday) with the single release If ～また逢えたら～」. BARKS, which introduces the newest music all around the world no matter where it comes from, of course offered to interview them. It was an honour to be their first interview in Japan, the quintet’s mutual respect throughout the interview, excellent teamwork, and sincerity towards music left a deep impression.

BARKS is a Japanese music magazine.

"Jae: Since we make our own music, we can really present through music things we like and things we want to do. Because of that, I think we can have fun and be happy from the bottom of our hearts on stage."

I'm seriously so glad that Day6 finds making their music so fulfilling. Whenever they talk about their songs, it's with a sense of genuine accomplishment and fulfillment. Glad that they seem to be learning a lot from their Japanese debut!!! 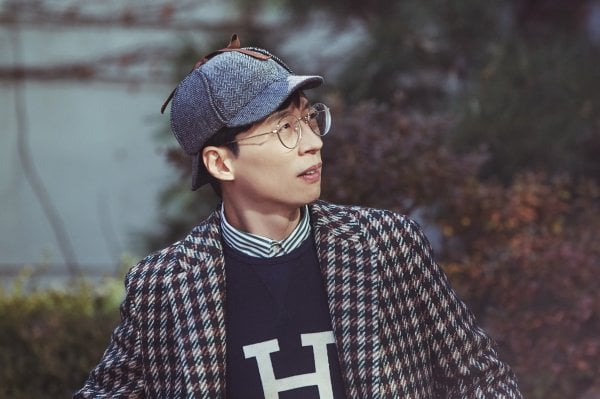 The long-awaited Netflix variety show “Busted!” will finally be premiering!

Described as an investigative variety show that has a “never-before-seen format,” “Busted!” has been in the works since 2017. It features a main cast made up of Yoo Jae Suk, Ahn Jae Wook, Kim Jong Min, Lee Kwang Soo, Park Min Young, EXO’s Sehun, and gugudan’s Kim Sejeong as “detectives.”

With their different strengths and weaknesses, this motley crew of detectives must solve various mysteries with unexpected conclusions awaiting them. Different special guests will also go head-to-head with the main cast every week, such as the previously confirmed Yoo Yeon Seok, Kim Soo Ro and Hong Jong Hyun.

Two episodes will be released worldwide weekly through Netflix over a period of five weeks, for a total of 10 episodes. It is set to premiere on May 4.

is this a parody?