DOWOON. IS. THE. CUTEST!! i'm also never gonna stop talking about how much i love day6 loving what they do, respecting their instruments, and having so much affection when they talk about them!!!

also, how cool is it that his drumset is handed down by the Wonder Girls?


SS501, My first love in kpop! It's so nice to hear them sing their hit songs again (which are still on my own playlist) specially "Snow Prince" and lemme just say Heo Young Saeng remains flawless.

this is basically their version of Real ____! 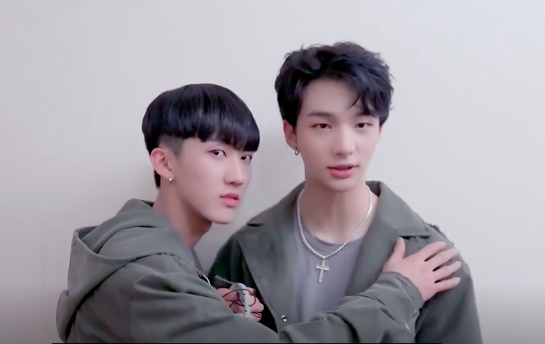 this changbin/hyunjin height difference though 😭😭

It has now been revealed that Netmarble Games has acquired 25.71 percent of Big Hit Entertainment’s shares, worth 201.4 billion won (approximately $189.3 million), becoming the second largest shareholder. The investment was made to increase their influence in the global music and game industries and to expand the business synergy of the two companies.

BTS also joined other celebrities in commemorating the 50th Anniversary of Dr. Martin Luther King, Jr.'s assassination by posting a link to a countdown to #DreamStillLives on twitter. 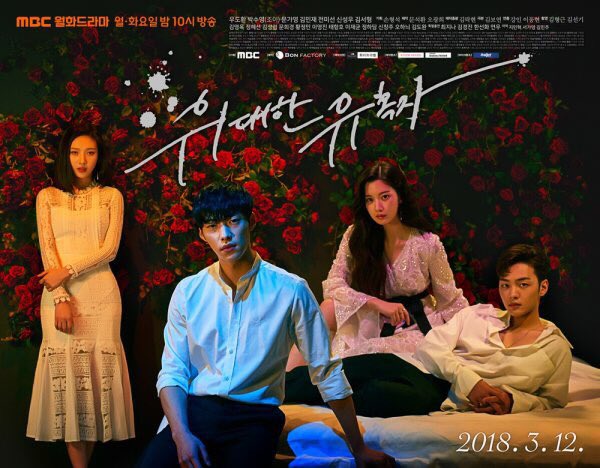 Click the image or this link to watch on vlive

this came out yesterday so i thought i'd make a post. who do y'all think is from blue village, omona? i'm terrible at these things and everyone is acting so suspicious but i think jimin has to be a red herring from the editing team.

bless them for making AUs come to life!!!! RIP in pieces, yoongi stans (myself included). 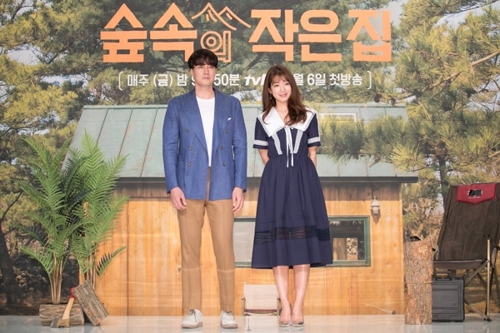 There is no sparks-flying romance, hand-wringing suspense, adrenaline-pumping action or breathtaking landscapes. Even the producer, Na Young-seok, warned that TV viewers might fall asleep while watching his new reality show.

But a media event Wednesday for tvN's "Little House in the Forest" was filled with anticipation of a yet another hit show from the highly successful producer.


I never would have guessed that these two would be doing a reality show. And So Ji-sub's teaser photo is gorgeous! 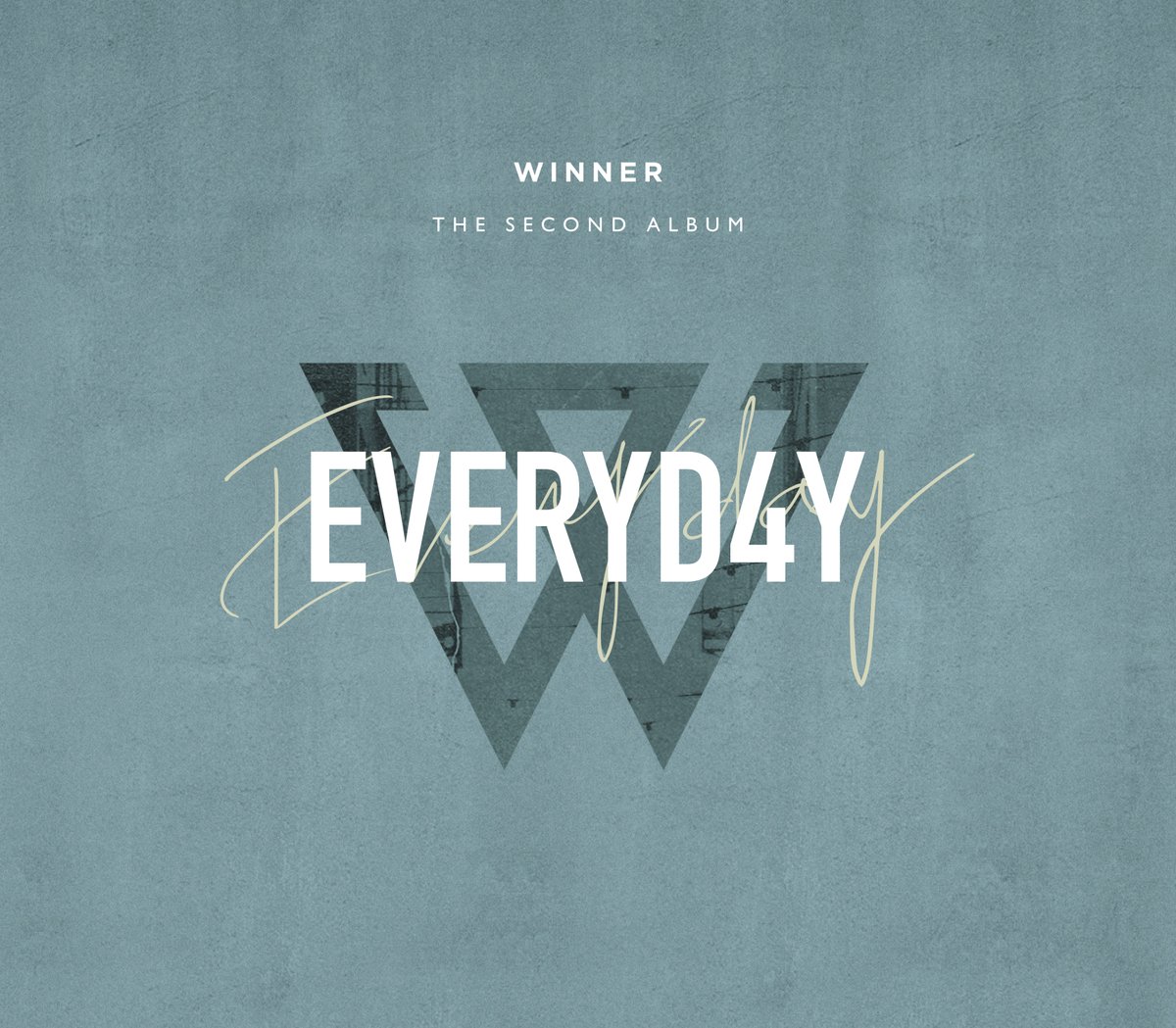 jooheon went in!!! they're so cute, op is in love

Back in February, a prominent drama PD ("A") at MBC was accused of repeatedly sexual harassing another PD (“B”). According to the allegations, A sexually harassed B in the editing studio while working together on a MBC drama that aired last year. A served as the drama’s main PD, while B was part of the editing team.

MBC said that they would temporarily suspend the PD and conduct an extensive investigation, and today it was announced that they ultimately fired the PD.

MBC has fired the drama PD who was being investigated for sexually harassing a member of the editing team.

The PD was the main PD of a drama that aired in 2017https://t.co/FUFTRTgUhk

SM announced today that SNSD's Hyoyeon is currently preparing for her solo comeback, which will take place in April. The song is an EDM song and will be released under her new name DJ Hyo. The music video was filmed in Taiwan in March.

Hyoyeon announced last month that she'll promote as a DJ from now on.

✨April 3rd marked Shin Dae Nam's first full year as the CEO of Cube Entertainment.
✨Within this year, they saw a return in profits, restoration of staff confidence, and promotion of their artists' songwriting/composition skills.
✨A CUBE Ent. concert including HyunA, BTOB, Pentagon, CLC, Pentagon, Yoo Seon Ho, Lee Hwi Jae, etc. is planned for June.
✨Cube Ent.'s sales increased by 24% to 24.4 billion won
✨Under Shin, the company transformed a 5.7 billion won deficit in 2016 to an operating profit of 211.1 million won
✨Shin started his career as a reporter, then as Yedang Media president
✨Recalled internal conflicts including fraud among management and staff when he first took his position at CUBE
✨Shin rejected the staff's proposed 3,000-seat venue for BTOB's concert, opting for the 12,000-seat KINTEX stadium, which then sold out for the concert's two nights.
✨Shin encourages lyric-writing, composing, and producing lessons for CUBE's artists who have not actively participated in songwriting. He states, "Someone who understands how a song is composed can better interpret and convey the song to others."
✨CUBE's artists have also played a large role in restoring confidence in the company in the past year, with BTOB hitting #1 on music charts with "Missing You" and CLC and Pentagon finding popularity overseas.
✨Financial success still a work in progress with a current net profit of -997 million won, with deficits due to a merger involving subsidiary Starline Ent. last year
✨CUBE Ent. world tour hopefully in the works as a long-term goal
( Collapse )

Has CUBE earned its way back into your heart?


my poor bb jk. he bounced back so fast though. im sad he wasnt at the table for wine time
& this bit with namjoon killed me

Zion.T wrapped up his first solo tour in North America, and we're going to look back at some of the highlights!

Did any other Omonians see him on tour? Which shows?