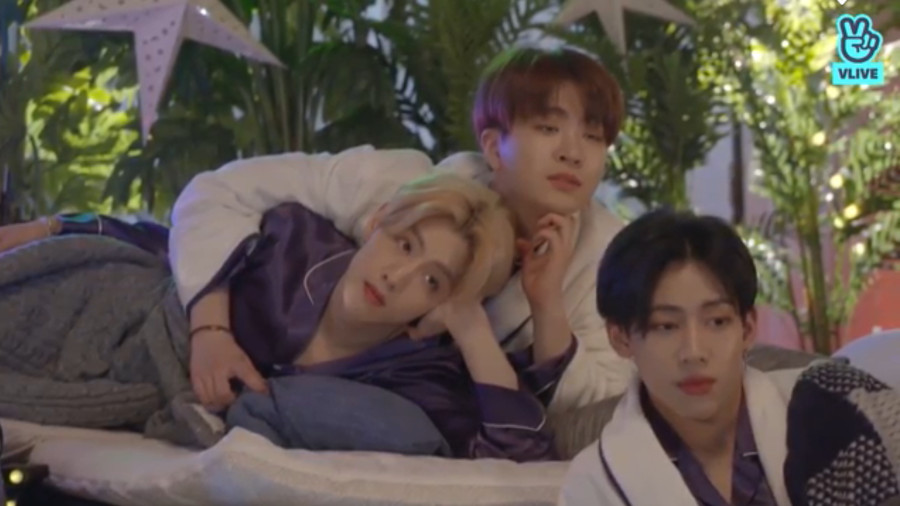 Markjae were such cute cuddle pups in this! And JJBam will never let Gyeom live down his newfound reading hobby lmao. Unfortunately, Jackson was in the hospital/recovering for health reasons, but according to weibo, he’s feeling much better now. Take care of yourself, Seunie!

omona, have you ever been asked to help someone sleep and woke them up instead? 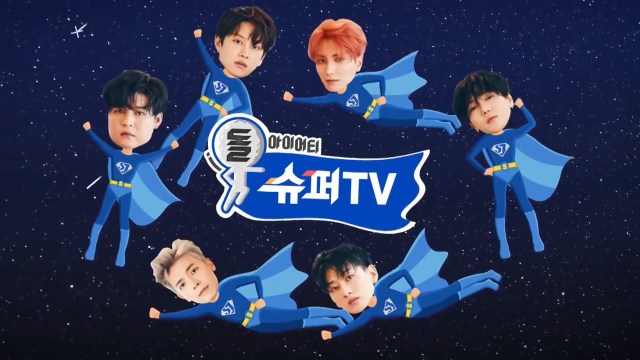 Episode 11:
Openload | Google Drive parts 1 2 3
In SuperTV, six Super Junior members (Leeteuk, Heechul, Yesung, Shindong, Eunhyuk, Donghae) put their twist on popular show and movie concepts, such as We Got Married, I Live Alone, Problematic Men, etc. Episode 11's concept "Spring Field Day" is meant to be a twist on ISAC with 5 rising girl groups competing against each other.

An IOI fansite (Team Ideal Subs) subbed this episode instead of the usual Suju sub team so it's out quicker than expected. There will be a second part next week too that looks pretty wild. This episode mostly just let the guys familiarize themselves with the girl groups, but there's some friendly competition between the girl groups that's pretty cute.

it's always interesting to hear about how Day6 ended up getting shaped. i'm loving all these interviews they're getting with Japanese music magazines recently!

this is an omona originally written by

And so here we are at the end. Thank you so much to everyone who's read and commented and gently educated me on both the groups discussed and who they wanted to discuss. Due to this while I planned to make this last post about up and comers instead the category IS - 'By popular demand'.


( Collapse )
and so that will be all for me on these. I do think there's so much to discuss when it comes to girl groups - for instance, ones in recovery? - but I'll leave that to others a little bit more qualified than me ;3

this is an omona originally written by

The Rose got 1300% of their goal on Makestar and are now coming back with a mini! Go check out their previous MVs for Sorry & Like We Used To, Omona!

It looks like this will be a 3 part series with him. We get a behind the scenes look at Criminal Minds. It was really nice of Daniel to let Sieon and the show tour backstage and be on the set. Daniel is so polite and attentive and thoughtful and Hyunmoo can suck it lol.

this post is a bit late, but YAY, day6 getting into that Japanese band scene! i'm fairly certain that the songs listed will be Japanese versions, as well as the Congratulations and You Were Beautiful English versions, but don't quote me on that

Today is the first day of CBX's week of daily relay live broadcasts reflecting the theme of their upcoming mini album, "Blooming Days." The album comes out tomorrow at 6pm KST!

The moment when they announced that BamBam's district 'Saimai' has enough volunteers (74). EVERYONE IS SCREAMING! HE'S FREE FOR GOOD. 😭😭😭🖤@GOT7Official #GOT7 #BamBam pic.twitter.com/RJkjcYDuDO

- GOT7’s Bambam was set to draw a card today, April 9th, to determine if he had to serve in the military

- Enough people volunteered for his district that everybody else was exempted

While you're at it, check out Jooyoung's recent album Fountain: iTunes | Spotify | "Dive" MV