"I gained a lot of weight after 'Produce 101' so I spent a ton of money on trying to lose weight as fast as possible. I took pilates which was $80 a session along with a personal trainer who cost $55 per session and then spent $90 on a work out device. I barely met anyone for a month and a half and focused all my time on losing weight. I ended up with a $30,000 bill at the end of it all."
( Collapse )
sources: netizenbuzz, nate

On May 15, the agency revealed through an official statement, “YG Entertainment and PSY have decided to conclude our exclusive contract. Through deep conversations with PSY, YG Entertainment has decided to respect PSY’s thoughts of craving new challenges.

Yezi and Hyemi are looking for new agencies. Linzy will remain in Will Ent, Jei in SSW Ent

goodbye everyone. it was nice knowing you all

Seolhyun, Chanmi and Mina’s are still to be released.

Bad news is that FNC hates me and won’t stop using that orange filter, good news is that they look slightly more like themselves here than in yesterday’s teaser and the MV looks like it’s going to be good!

yeah. this is super vague. and sm will probably say more in a few hours but ... i guess ... make your speculation. i know i've seen a lot, lol. theories galore. 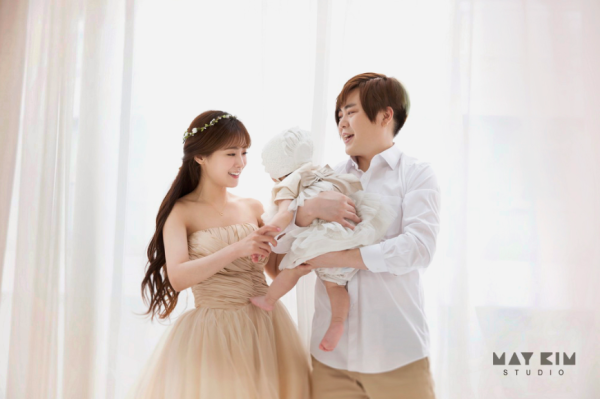 Former H.O.T leader Moon Hee-joon and Soyul from Crayon Pop have revealed a beautiful photo of the family on May 12.

A representative from May Kim Studio, the company who shot the pictures, said that the session with the family was joyful. “[Their child] is a lovely baby with a lot of luck and charm” that the official credited to her parents.

Additionally, the representative revealed that while conducting the shoot Moon was active in ensuring a good outcome while Soyul took on the role of assistant. However, throughout the who session, both parents remained happy, and the photographer was “pleased to see smiles” on their faces as they looked at their daughter.

Meanwhile, the couple celebrated their daughter’s birthday privately with family. Moon and Soyul married in February last year and welcomed their daughter a few months later in May.


Awww it seemed like yesterday when we were speculating whether it was a shotgun wedding in their engagement post, but it's been a year already! Also, is this the first time we've seen her since the wedding?

On May 15, King Sejong Institute shared a video to introduce their online platform, which is designed to provide various means of Korean language education and Korean culture information.

The released video features Red Velvet members, who kindly introduces services available on King Sejong Institute’s online learning center. The video, which is now available in three languages including Korean, English, and Chinese, will be broadcasted in 105 countries through Arirang TV.

Sian and all his sisters participate in a children's singing contest and receive training from SG Wannabe's Lee Seokhoon and TVXQ. Max and Yunho were so good with the kids! Jiyong wants to be closer to Seungjae and they become friends for the day. Sam also has a special Children's Day surprise for William and Bentley. I really hope they get Bentley a new bassinet. He can roll over now, and I felt so scared seeing his legs hang over the top. We also meet a new family, volleyball player Moon Sungmin and his sons Siho and Liho. 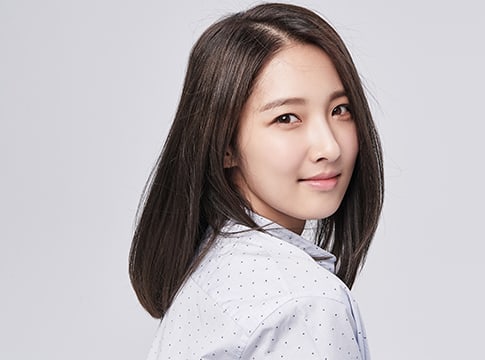 When the group disbanded in 2016, HyunA was the only one who remained with Cube Entertainment. When asked if she felt upset about that at all, Son Ji Hyun honestly replied, “In the beginning, we were upset about each other. However, as time passed by, I understood her. Everyone has their own paths in life. I sincerely wish the best for HyunA. I hope all of us can do well and meet in the future.”

EXO’s Lay has taken legal action against malicious and defamatory comments about himself as well as his family.

On May 14, the Beijing Xingquan Law Firm, representing the singer and his personal studio, posted a statement calling for a cease and desist and detailing some of the malicious comments as well as death threats that he and his family have received.

“There have continuously been insults and slander posted online directed towards Zhang Yixing [Lay’s real name] and his family,” Lay’s legal representatives explained through the statement, and strongly asserted that they do not tolerate cyberbullying.

They also announced that lawsuits had already been filed earlier in February 2018 against a few specific individuals who had been continuously slandering Lay, and their cases were currently under trial at the Haidian District People’s Court in Beijing.

The law firm stated, “[We] the lawyers are taking action in accordance with the law on behalf of Zhang Yixing. There will be no forgiveness shown.”
( Collapse )

One of David Beckham’s sons has reportedly joined a Korean audition.

Recently on an online community, a post spread saying that David Beckham’s Cruz Beckham participated in an audition for the new agency STARDIUM. The global audition called “The Man” is searching for a 10-member actor-entertainer group similar to Fantagio’s 5URPRISE. The founder and CEO of STARDIUM is Fantagio’s former CEO Na Byung Jun.

In response to the rumors, STARDIUM commented, “As there are news among netizens that David Beckham’s third son applied for ‘The Man’ actor-entertainer group audition, we are checking the applicants. Not just Koreans, but many non-Koreans are also applying for this audition. We are looking over the non-Korean applicants who submitted for the first written application round.

Born in 2005, Cruz Beckham is the third child of David Beckham and Victoria Beckham.

Rapper DinDin and APRIL’s Chaekyung have been swept up in dating reports.

On May 15, various sources from the industry told news outlet Star Hankook that DinDin and Chaekyung are currently dating and being careful about it because they’re both celebrities.

According to a witness, the two took DinDin’s car to a restaurant in Seoul and enjoyed a date together. The rapper reportedly introduced Chaekyung to his acquaintances as his girlfriend.

In response to these dating reports, a source from DinDin’s agency told MyDaily that the two are just close friends because they frequently ran into each other on shows. Chaekyung’s agency also denied that they are dating.

DinDin and Chaekyung became friends after appearing on the shows “God of Music 2” and “Law of the Jungle.”

Me & the homie @mnek did a tune for @bts_bighit @BTS_twt and Its out tomorrow on #LOVE_YOURSELF 🤘🏽🤘🏽 #방탄소년단 pic.twitter.com/lRaIHQzEGz

He was quickly corrected by ARMY about the date.

I can't believe I'm posting about BTS but here I am. That's how much I stan for MNEK (stream Tongue and Deeper tbh).

SNEAK PEEK_ACTIVATED@BTS_twt's world TV premiere of 'FAKE LOVE' will be at the #BBMAs, this Sunday at 8 ET/5 PT on NBC. #BTS_BBMAs pic.twitter.com/N1GaRNZcYr

Hyomin signs exclusive contract with Sublime Artist Agency, to greet fans with solo album by first half of 2018 https://t.co/MGbJC9YeL1 pic.twitter.com/OvZRNV5hDR

“Come and Hug Me” is a romantic drama that centers around Chae Do Jin (Jang Ki Yong), a policeman who is also the son of a psychopath serial killer (Heo Joon Ho), and Han Jae Yi (Jin Ki Joo), who is the daughter of one of the victims. Han Jae Yi struggles to become a successful actress following her mother, a famous actress herself. She has a bright, energetic personality with a strong will. However, Han Jae Yi still suffers from insomnia and symptoms of PTSD whenever she comes close to an experience that reminds her of her traumatic past.

Chae Do Jin and Han Jae Yi were each other’s first loves when they were young. When they encounter each other again, they learn to heal each other’s wounds.

"Come and Hug Me" premieres on Wednesday, May 16 on MBC.