For those who don't know him, he is a former SM Entertainment trainee (unofficially under the SM Rookies project). His digital single is now out on various Korean digital sites yesterday!

Sungah announced her engagement to DJ DaQ on May 8, and on May 20, the couple got married.

Congratulations to Sungah and her husband, DJ DaQ!

SHINee is launching a reality program with their upcoming comeback! On May 23, a teaser was released for the group’s reality show “SHINee’s BACK.”

With the signature line from their track “Sherlock” playing as the background music, the clip gives a glimpse at the playfulness of the members behind-the-scenes.

Each episode of “SHINee’s BACK” will be built off the title of a different SHINee hit track. The program will showcase the process of the group preparing for their comeback, share unheard stories, and reveal new sides of the members. “SHINee’s BACK” will be unveiled through Mnet’s digital channel M2 on Wednesdays and Fridays and then also be broadcast through television on Mnet each following Monday. The show will begin on June 6 at 9 p.m. KST. 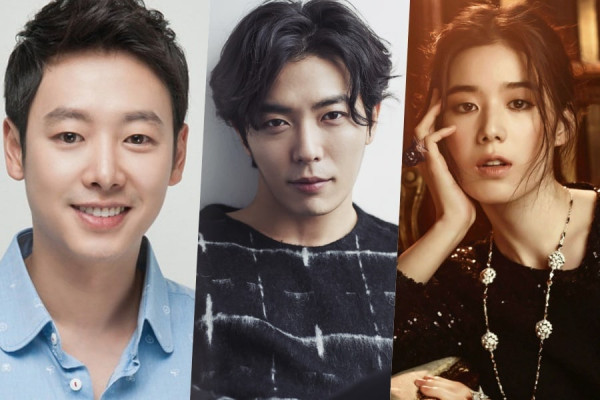 Kim Dong Wook, Kim Jae Wook, and Jung Eun Chae will be appearing in the upcoming OCN drama tentatively titled “Hand: The Guest.” It is written by Kwon So Ra and Seo Jae Woon and directed by Kim Hong Sun, who had worked with Kim Jae Wook briefly on another OCN drama, “Voice.”

“Hand: The Guest” tells the story of a psychic, a priest, and a detective who solve bizarre crimes that occur throughout Korean society, banishing the evil in people’s hearts through a combination of Korean-style exorcism and shamanism.

Kim Dong Wook will play the lead character, Yoon Hwa Pyung, born with psychic powers. He uses his powers to act as a shaman and has a strong commitment to exorcising evil spirits, but his free-spirited nature hides a dark heart. Kim Jae Wook plays Choi Yoon, a cold and cynical priest whose strong will and sense of evil make him an ideal exorcist. However, he shows little emotion and drives people away with his unapproachable personality. Jung Eun Chae plays Kang Gil Young, a detective in the serious crime squad, whose passion and laser focus on the job at hand put veteran male detectives to shame. She has a tough but easygoing personality and does not believe in the supernatural, though she soon gets embroiled in the world of exorcisms when she meets Choi Yoon and Yoon Hwa Pyung.

“Hand: The Guest” is expected to premiere sometime in September.

Yubin posted more teasers for her solo debut on her socials today. I was expecting a sexy summer bop not a cute summer bop but I’ll take it! Last half of the album sounds better to me than the first half.

Which track are you most looking forward to? 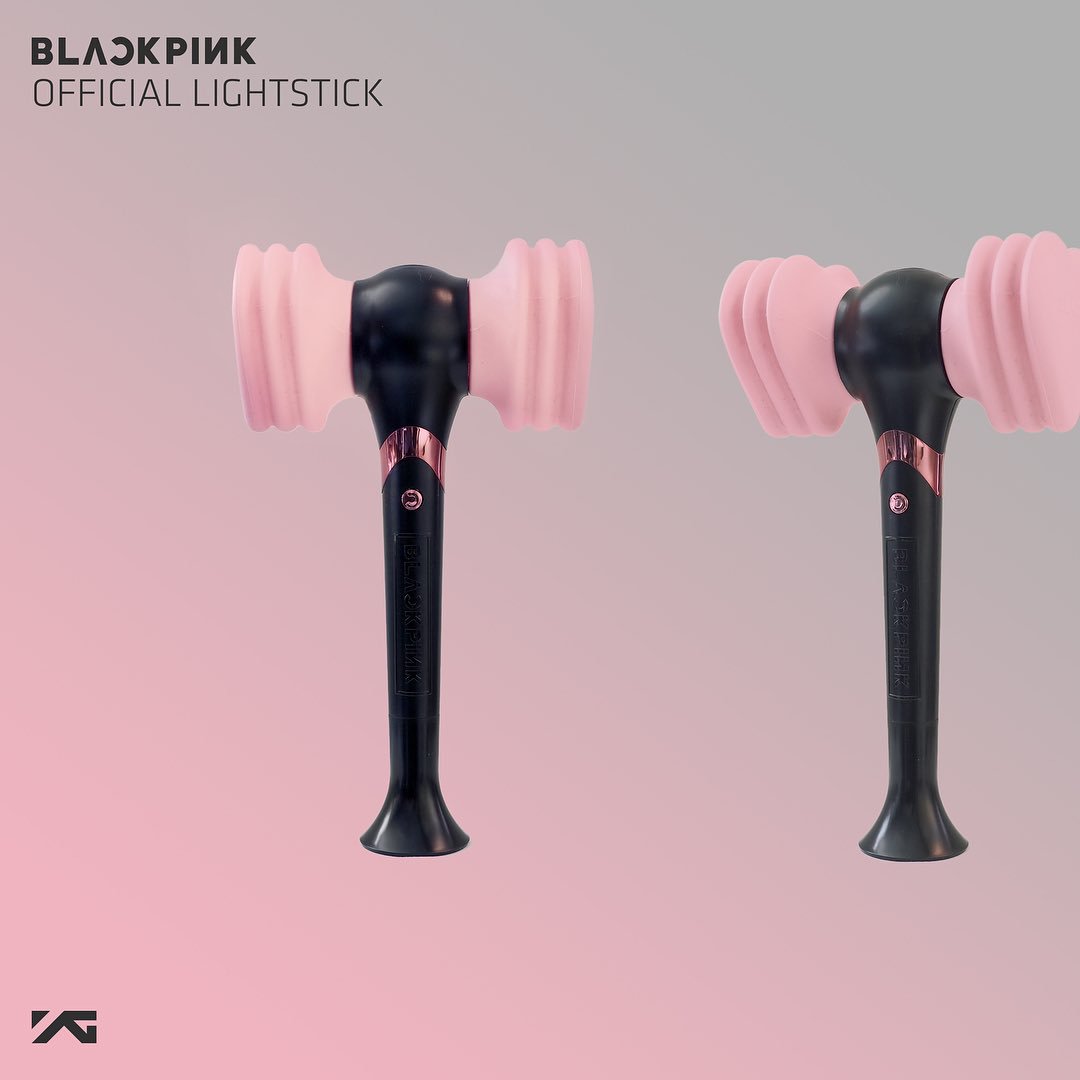 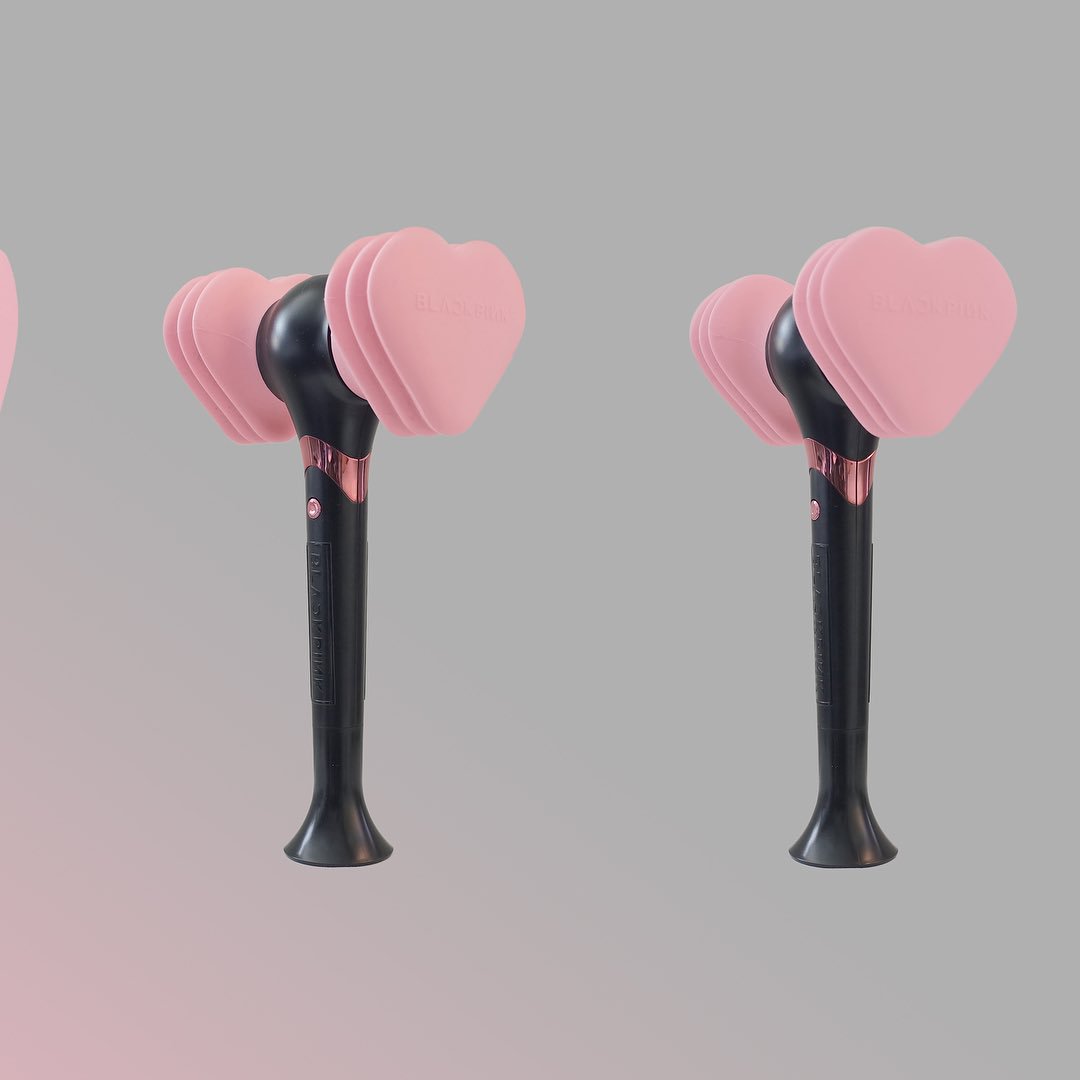 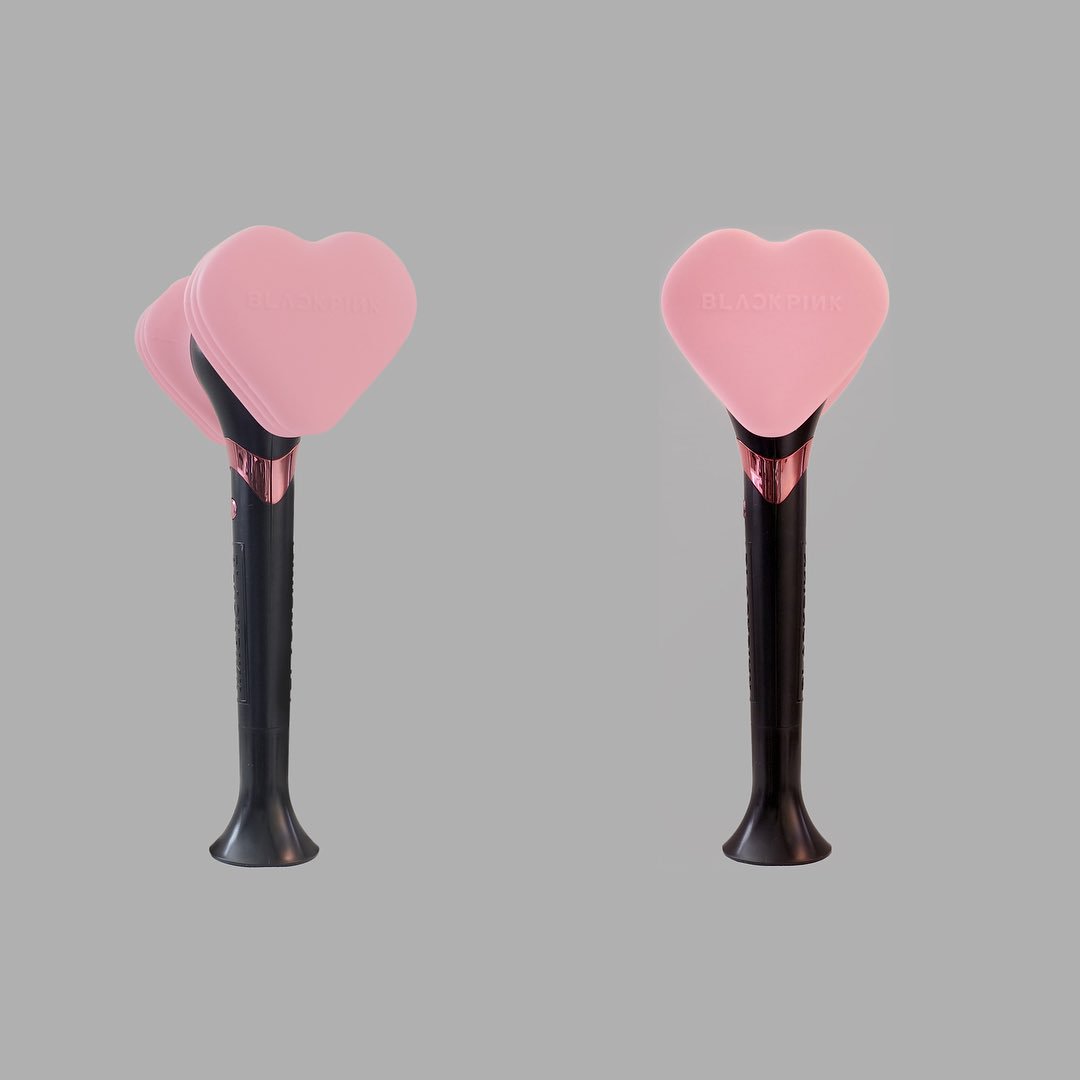 I LOVE IT!! It's cute and unique, and according to the IG caption, the girls themselves participated in designing it. It really is very them.

They called their tour the "Pink Sausage Tour" and the 12 year old me giggled. When a singer changes up their look after a while and releases new music, the moment is often called a comeback. Mononymous divas Madonna, Rihanna, and Cher are iconic testaments to this periodic phenomenon. For Taeyong, a member of the Korean pop group NCT, dyeing his hair a new color or mixing up the way he does his makeup is basically a monthly occurrence. He’s a chameleon, taking on a new look every time NCT or one of its subunits drops a new music video. This year alone, he’s transformed into at least five different people.

BTOB are coming back 7 months after their smashing success of a comeback with Missing You and 2 months after member Ilhoon's solo debut! The group released the first teaser image today on their twitter account as well as their brand new group instagram account. Will BTOB be the summer kings this year, omona?

“The Undateables” is about Hoon Nam (played by Namgoong Min) who rejects love and is against relationships, and Jung Eum (played by Hwang Jung Eum) who dreams of love but gives up on it because of harsh realities. Hoon Nam and Jung Eum help those who want to find relationships and end up falling in love. Choi Tae Joon plays Jung Eum’s childhood friend Joon Soo. The two are the closest of friends, to the point where Jung Eum can reveal everything about herself to him without feeling embarrassed, and Joon Soo can understand how she feels just by seeing her gaze.

"The Undateables" also known as "Handsome Guy and Jung Eum" premiered Wednesday, May 23 on SBS. 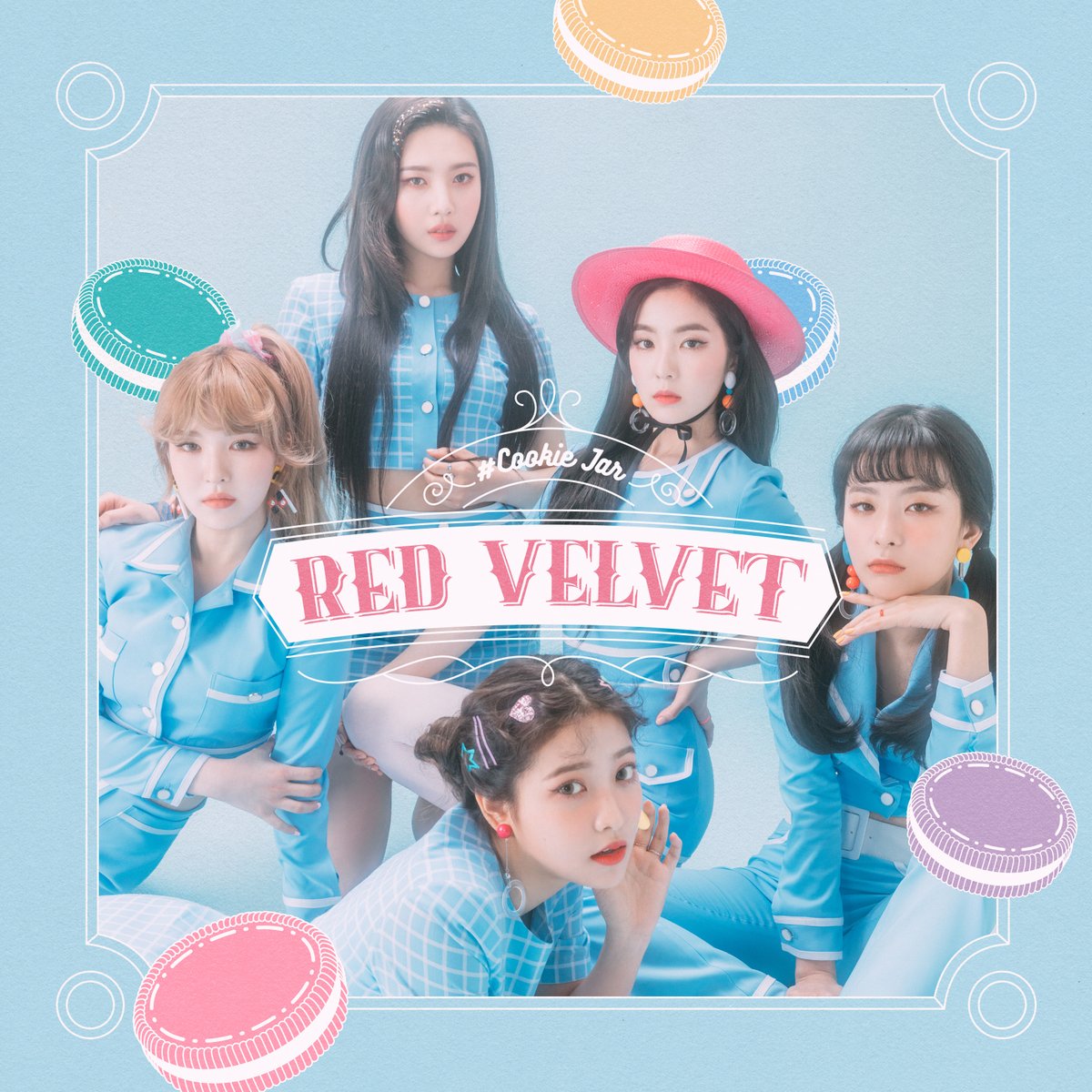 RV's first Japanese mini will be released on July 4th. 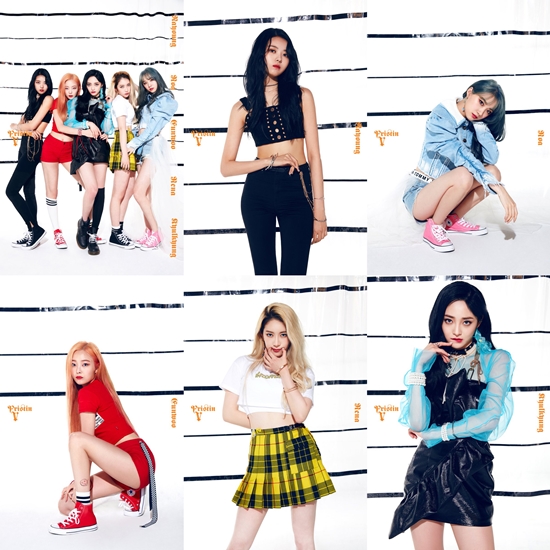 how many copies did you pre-order, omona?

Not convinced on the song at the moment, wish the chorus had more impact although I love the vocals in the pre-chorus particularly Chan and Seungwoo. They really have good vocalists and I don't think this is doing them justice. What are your thoughts Omona? Speed skating athlete Lee Seung Hoon, who participated in the 2018 PyeongChang Winter Olympics, has gained attention for the recent suspicion of assaulting his younger colleagues.

On May 23, the Ministry of Culture, Sports, and Tourism released their findings on a particular inspection on the Korea Amateur Skating Union. They stated, “We have confirmed the circumstances that ‘A,’ who is a member of the national speed skating team, has assaulted and cruelly treated two younger athletes in lodging and cafeteria areas while participating in overseas competitions (in 2011, 2013, and 2016).”

"He was only joking around with his younger colleagues and lightly hit them in the process." SureJan.gif 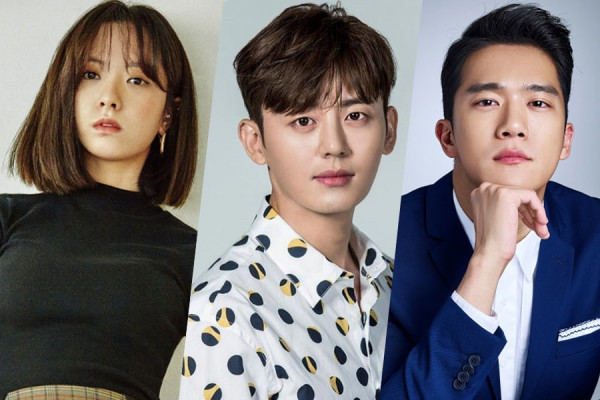 Based on a popular webtoon, “Your House Helper” is about a housekeeper who not only cleans his clients’ homes, but also helps organize their thoughts by listening to their worries and giving advice. Ha Seok Jin will be taking on the role of Kim Ji Woon, the housekeeper who takes care of everything from cooking, laundry, shopping, moving, babysitting, petsitting, house repairs, and more. He receives a lot of attention from the female clients for his good looks, but he acts coldly towards clients who make light of housekeeping.

Go Won Hee will be playing the role of house owner Yoon Sang Ah, who inherited both a house and debt from her father. While Yoon Sang Ah is a bold career woman on the outside, she shows a different side of herself at home. WJSN’s Bona will play Lim Da Young, an intern at a advertising company who tries to become a full-time employee. Lee Ji Hoon will play a lawyer named Kwon Jin Kook, who has everything from skills to a wealthy background, but lacks experience when it comes to dating.

Jeon Soo Jin will play an accessory seller named Kang Hye Joo who has a messy relationship with her boyfriend. Seo Eun Ah will play Han So Mi, a nail shop owner who is scared of men after going through a traumatic event in the past. Kang Hye Joo, Yoon Sang Ah, and Han So Mi are all close friends.

Wednesday-Thursday drama “Your House Helper” will premiere via KBS in July.

The “BTS Comeback Show” will be broadcast live on Mnet, Mnet Japan, YouTube, Facebook, and JOOX on May 24th at 8:30 pm KST.

According to a news outlet on May 24, the “K-Pop Star 4” winner recently left YG Entertainment and is preparing for her debut at another agency.

Most recently, Katie Kim made a guest appearance at iKON’s concert in Japan in December 2017. However, she reportedly decided to leave the agency after not seeing signs of a debut for three years. 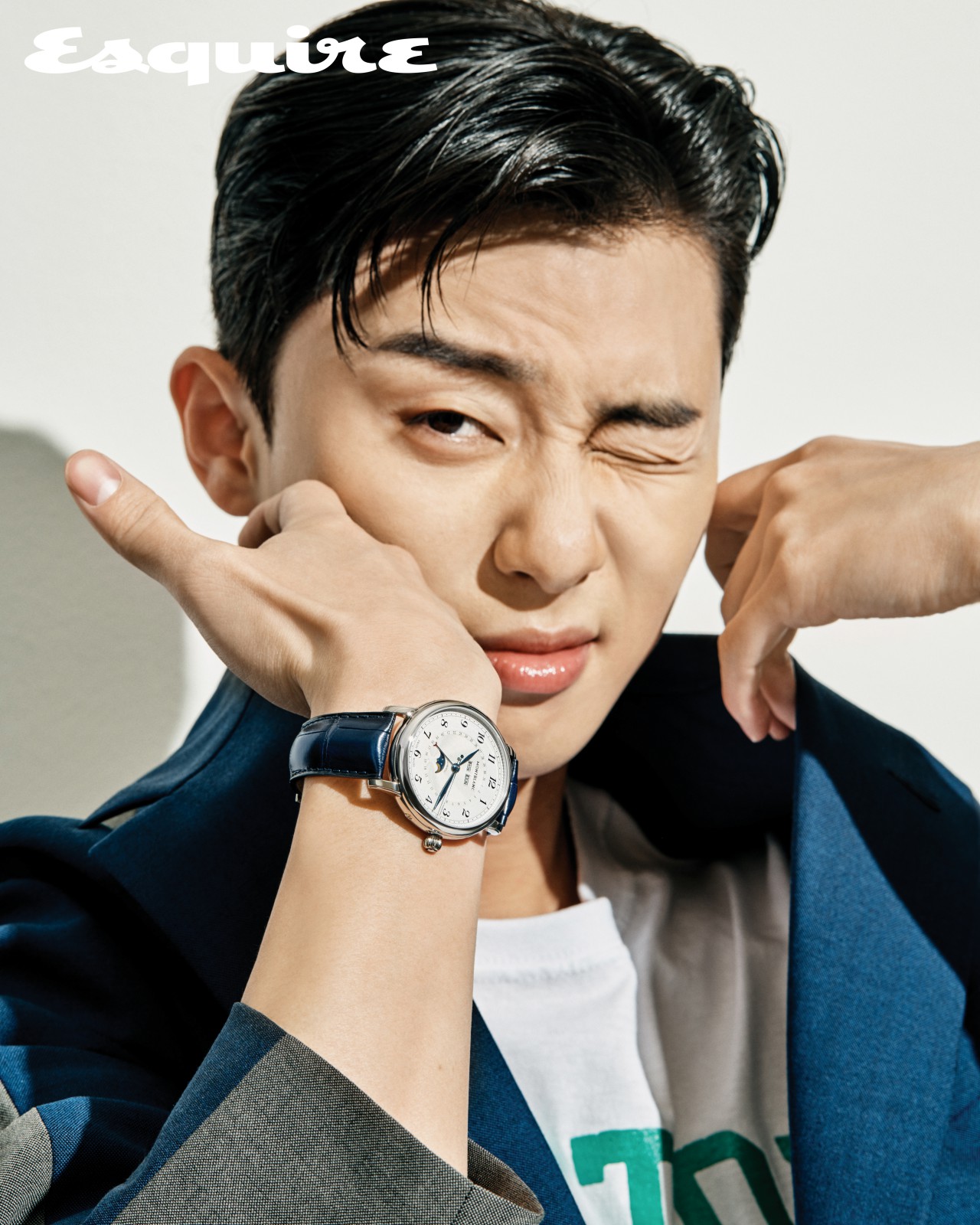 Park Seo Joon recently participated in a photo shoot and interview with Esquire to talk about his journey as an actor so far, and why he decided to appear in his upcoming project, tvN’s “Why Secretary Kim?”

The actor has been busy the past year, appearing in dramas and films like “Fight My Way” and “Midnight Runners,” as well as the variety show “Youn’s Kitchen 2.” Each production seemed to highlight Park Seo Joon’s youthful energy and passion. When asked if he feels the same way, he replied, “I think it’s because I try to find work that is befitting of my age. I want to keep taking on new projects that I can only do right now at this age.” He also added, “Each new project I do is like a page in my life’s diary. For every new thing I do, I think about what I want to achieve, I do my best, and I enjoy what I do.”

The next page in his filmography is set to be the upcoming drama is “Why Secretary Kim?” Park Seo Joon laughed as he remarked, “I think I’ll probably end up wearing a lifetime’s worth of suits in this drama.”

(x)
Anyone else excited for Why Secretary Kim? 2 weeks!
Collapse