Who's over-/underrated? Is your fav in the top 12? 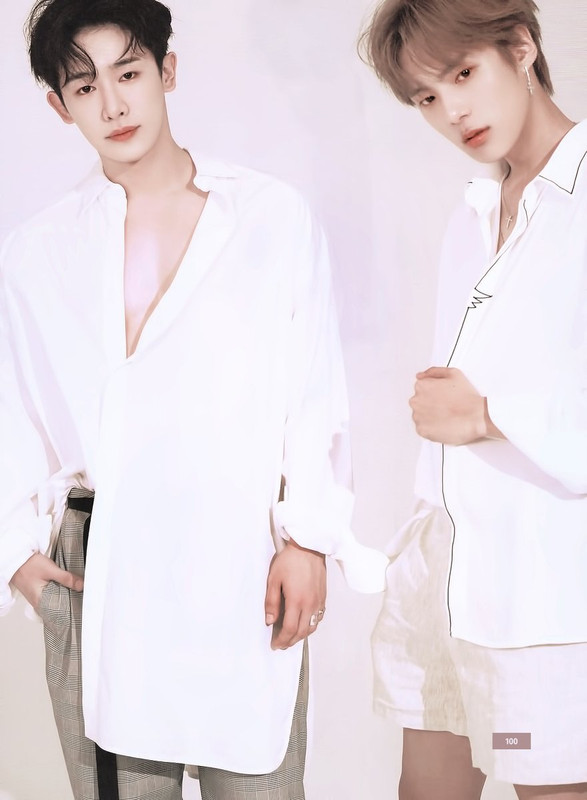 ( *click* for hqs )
( Collapse )
( Collapse )
i superlove this shoot!!! 💖 minhyuk & wonho look great and i like how low-concept the styling is, it's v nice. the writing on the polaroids is wonho's on minhyuk's [and same for the other], btw, but i couldn't find any trans of their handwriting
SOURCE(s): 100toback@twitter; yookiihyun@twitter

Part of NU’EST W’s new song has been leaked ahead of its release.

The June 21 episode of KBS2’s “Good Morning” featured the story of a 13-year-old yo-yo genius, and NU’EST W’s upcoming title track “Dejavu” played in the background for 28 seconds.

Following the incident, many people reported the issue as the program played the song even before its release.

In response, a source from KBS commented, “We have become aware of NU’EST W’s new song ‘Dejavu’ being leaked. The production team is currently figuring out how this happened.”

After leaving YG Entertainment and WINNER, Nam Tae Hyun set up his own music label and formed the band South Club.

He confessed, “It’s really hard being on my own. I have to act as the manager, hairstylist, makeup artist, and stylist.”

The singer continued, “Our songs also really don’t see great results. When I was at my old agency, they aided us when it came to production costs, but right now I have to cover all of it with my own money. I have to pay my employees so I have a lot of debt.” He added that sometimes he even takes out loans or pays his employees with his own personal money.

IT SOUNDS SO GOOD!!!! i'm feel legitimately ATTACKED BY THIS!!! i'm already crying, the beauty of six new day6 songs at once is making my hands shake

Joon Park opened his YT-channel "Wassup Man" two weeks ago! It's mostly him trying out food and other hot places while charming various store owners and passerbys with his BAAAAM. There are new episodes every Friday, but sadly no English subtitles yet.

BTOB’s Minhyuk recently participated in a photo shoot with CeCi and was asked about the group's new music.

He was then asked whether they felt pressure after the success of “Missing You” last year. He commented, “It felt more like we had let go of a big worry. Our group has a lot of ambition towards music, so it’s great that we get as much love as we work hard, but we felt a lot more pressure every time we came out with new music. It feels like we were finally acknowledged with ‘Movie’ and ‘Missing You’ last year, so we’re less anxious.”

You can read the full interview on soompi

featuring a mentoring session in LA with producers and songwriters. only Johnny, Taeyong, and Mark int his one.

Strange that there isn't an official upload of SHINee's performance, when they won today... 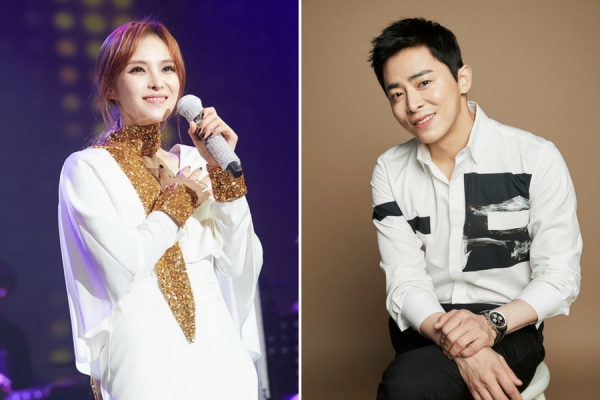 According to a source, one of the long-term couples is planning for their wedding this fall, scheduling a formal family meeting to plan to discuss the wedding. The actor-musician couple is one of the most renowned long-term couples. They have been dating since 2013, sharing the common interest in music.

Debuted in 2004 with a play, Jo Jung-suk has made his name known through movie “Architecture 101.” Not only is he active on the screens, making appearances in popular movies and dramas like “The Face Reader,” “Brother,” “The King Two Hears,” “Oh My Ghost,” and “Don’t Dare to Dream,” he is also continuing his career as a musical actor, acting in renowned pieces including “Spring Awakening” and “Hedwig and the Angry Inch.”

Since her debut in 2003, Gummy has made a series of hits, especially by singing popular drama soundtracks.


I posted their dating news back then, it seems like forever ago! But wtf at Gummy only getting a little mention at the end of the article. I can only imagine all their singers friends' celebratory songs at the wedding! Hoping for a Jealousy Incarnate song and dance tbh lol.

feat. SHINee's Everybody 2x faster ver., UNI.T showing off their dancing, and BOL4 being adorable ❤ 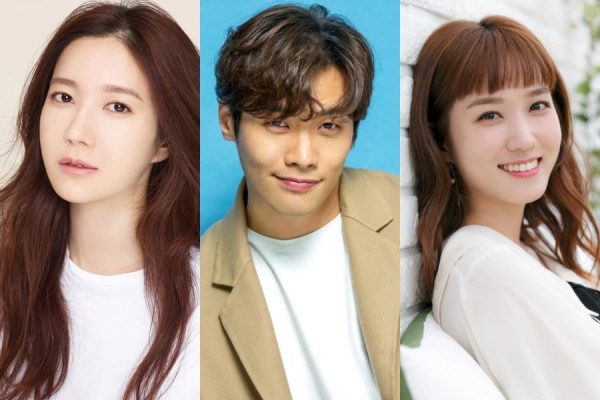 KBS’s new Wednesday-Thursday drama “Today’s Private Eye” tells the story of a detective who chases after ghosts and his energetic assistant. The drama will be produced by producing director (PD) Lee Jae Hoon, who is known for directing “Chief Kim,” and written by Han Ji Wan who has previously worked on “Wanted.”

Daniel Choi has been cast as Lee Da-il, a skilled private eye who began his career in the Army, but was expelled after reporting a case involving violence and corruption within the military. He has a sharp investigative mind and a tenacious spirit, and likes to do things his own way. Park Eun Bin will be playing his fearless assistant, Jung Yeo Wool, who joins him to find out the truth behind her younger sibling's death. They get caught up in a strange case after meeting a suspicious woman named Sun Woo Hye.

Sun Woo Hye (Lee Ji Ah) appears in every scene that Lee Da Il and Jung Yeo Wool visit to investigate, adding tension to the drama. Her trademark is a red dress, and just a silhouette of her dress will be enough to make viewers get chills as the story progresses.

“Today’s Private Eye” will premiere in August after the conclusion of “Your House Helper”.

This drama was on the list of 11 dramas to get excited for this summer, more details and castings were released yesterday. 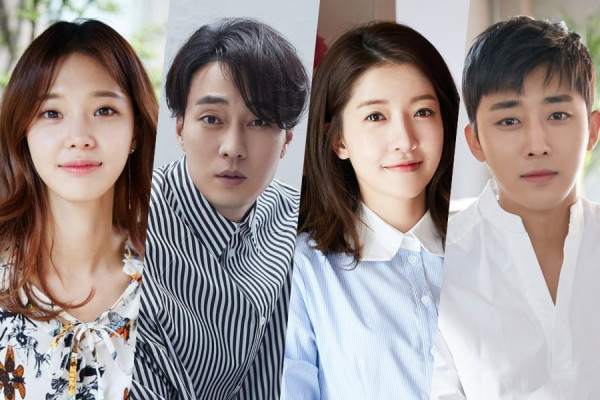 “Terius Behind Me” comes from the writer of the upbeat comedy “Shopping King Louis” and is described a “spy romantic comedy” series. In the drama, So Ji Sub plays legendary black ops secret agent Kim Bon. Go Ae-rin (Jung In Sun) is a woman who is widowed suddenly who happens to move in next door to Kim Bon, and somehow she ends up working with him on getting to the bottom of a large-scale conspiracy.

Son Ho Joon will be taking on the role of Jin Yong Tae, a former con man who holds the key to a mysterious incident that Go Ae Rin and Kim Bon are involved in. This will be Son Ho Joon’s first time playing a villainous role. Im Se Mi will be playing the role of Yoo Ji Yeon, an agent of the National Intelligence Service who is secretly in love with Kim Bon.

“Terius Behind Me” is set to premiere in September as a Wednesday-Thursday MBC drama.

I wasn't expecting this to be a romcom when it was announced but the plot seems fun and there's some actors I really like in this show, so I'm looking forward to it. Plus it's the writer of my beloved Shopping King Louis!

Sadly, Jin will not be promoting with Lovelyz due to health problems :(

The music video begins with Train then features part of Milk Tea before finally transitioning back to Train.

congrats on that 1st win for I Want You. That makes 2 for The Story of Light!

Tiffany updated her IG Story today with a letter she wrote to her fans, talking about her love for music and her new solo career.
( Collapse )

The official Vogue Youtube channel also uploaded a video where they follow choreographer Yanis Marshall around, spoiling Tiffany's upcoming solo song "Over My Skin" and the choreo for it.