Jinho harmonizing with Jinho! Another amazing cover for our monthy Magazine Ho

Would you've given the center position to Sakura as well? Which group will deliver the best performance? Best/worst teamwork?

SM Entertainment has announced that they will start a concert series titled "THE STATION."

The said concert and talk show will be held monthly, and will consist of all the artists, producers, and musicians who participated on all seasons of the company's weekly digital music platform project, "SM STATION."

The first concert date will be on July 21st at the fifth floor of COEX Artium's SMTOWN Theater. The artist lineup will be announced as a later date.

In addition, SM is currently preparing for the music project's third season, which will start later this year.

Are you guys ready for SM Station Season 3? Where's the Season 2 compilation album tho?

source: GQ Korea, Choconini
His interviews are always so interesting

At this time of post, the MV has( Collapse )views.

( Collapse )This is their second MV to reach 100 million YouTube views after Mr. Simple.

I belatedly posted this one ICYAMI! I remember this being my first SJ comeback as an ELF! Wow, it's been eight years...

Run BTS! Ep 52 Behind the Scenes
Turn on CC for subs. Alternatively, watch it on Vlive for subscribers or on Dailymotion.

Sean asked YG who nominated him
"A friend who appeared on MIXNINE, LOONA's Hyunjin..."

freshteen are back and summer is saved!

probably the most awkward pairing in the series, but I loved that they opened up through drinking in the end. anybody knows where else to catch the other pairs?

Suzy and Lee Dong Wook have reportedly broken up

Grass is green, water is wet, and the sky is blue. #Yawn 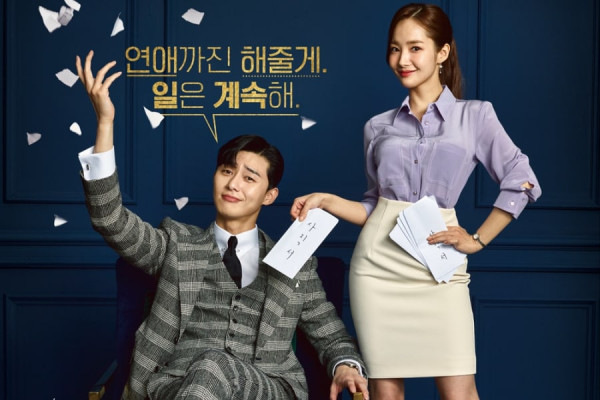 Synopsis: Narcissistic Lee Young Joon, the vice president of a company run by his family, is very self absorbed and thinks highly of himself, so much so that he barely acknowledges the people around him. Lee Young Joon has a capable and patient secretary in Kim Mi So who has remained by his side and worked diligently for 9 years without any romantic involvement. When Mi So decides to resign from her job, hilarious misunderstandings ensue. After 9 years of their strictly-workplace relationship, can it now develop in something more?
Cast: Park Seo Joon, Park Min Young, Lee Tae Hwan, Kang Ki Young, Chansung, Pyo Ye Jin
Director: Park Joon-Hwa
Writer: Jung Kyung-Yoon (novel), Jung Eun-Young, Baek Sun Woo, Choi Bo Rin
Network: tvN
Episodes: 16
Release Date: June 6, 2018 -
Runtime: Wednesdays & Thursdays 21:30