This is gonna be another powerful song from BTOB's vocal line. And I'm excited!

SNSD will reportedly debut a new unit group in the 2nd half of 2018, targeting late summer or early fall

They have already begun working on new music

Members participating in the unit have not been revealedhttps://t.co/I87uB9KtE6 pic.twitter.com/HUiDZUkUe6

EXO Lay will join Alan Walker for his performance at Lollapalooza in Chicago, Illinois on August 3https://t.co/d8DtTwVMUs pic.twitter.com/aiTINAC0NB 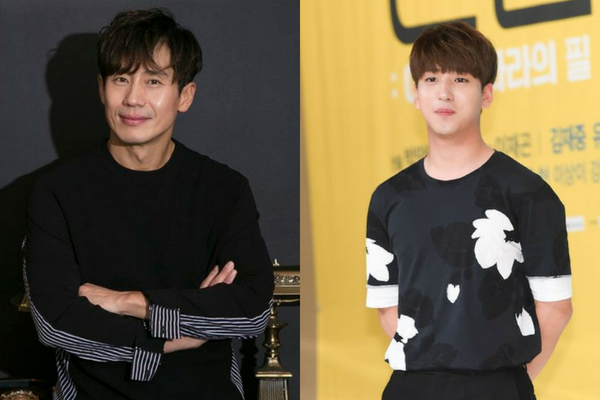 On August 2, MBC announced that for the Korean remake of British drama “Luther,” Shin Ha-Gyun has confirmed to take on the main character. Furthermore, a former B1A4 member Baro, now going by his real name Cha Sun-Woo, also confirmed his appearance.

“Luther” was originally a British crime drama that aired on BBC One channel in 2010. The first few episodes told a story between a brilliant psychopath/murderer Alice Morgan, and a passionate detective chief inspector Luther, who becomes in charge of the investigation.


I loved the original series, so I'm gonna be cautious about this one.

I really wanted to see Cover Girl as the intro but I'm not going to complain about Nowadays. Off to cry now. Also, Starlights in the audience are so cute singing along to Touch & Sketch, aaaaaaa

Such elaborate costumes compared to original

Meet ‘STATION X 0’ ahead of ‘#STATION’ Season 3!
This new project of 'STATION' and a culture brand '0' will present various artists' collaboration!
Stay tuned for the first collaboration featuring TAEYEON and MELOMANCE~

'0' is a series of pre-season releases. Guessing Season 3 will start in Q4 or even 2019. First track is a duet between Taeyeon and Melonmance and it'll be released on August 10th at 6PM KST.

Hyuna and Pentagon E’Dawn confirm they have been dating for the past 2 years. They started dating in May 2016

They told Yonhap they wanted to be honest to their fans, which is why they revealed it in the endhttps://t.co/botK6OZsu6 pic.twitter.com/FQTPzl4BQz