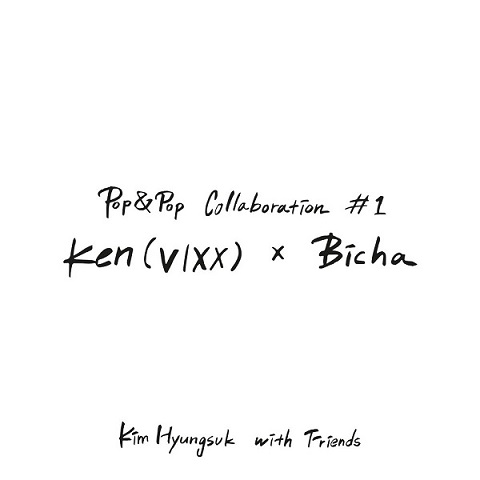 
Wow! This is really nice! And the girls all looks so gorgeous!

this is SUCH a fun song, and it suits stray kids soooo well!! it's a great mix between fun and serious. everything is so colorful and energetic, i'm in love

thoughts in the comments!!

the "nananana" from My Pace is already stuck in my head

Kun is a Disney prince: confirmed. Lucas is annoyingly good at everything and we get Mark in his full Canadian glory strategizing a curling game. 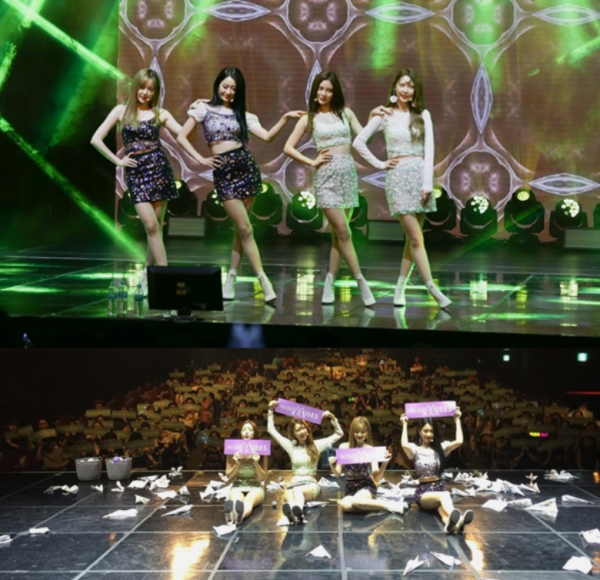 During the fan meeting, the group thanked their fans for their constant love and support. Over the course of three hours, the group had different events, performed some of their hit songs, and shared special memories with fans. In fact, the members took the fan meeting as an opportunity to performs some songs like “Remember,” and “Two of Us” that aren’t seen that often on broadcast. 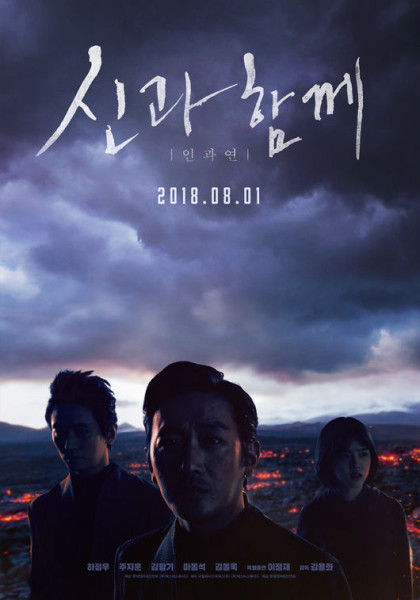 The domestic action fantasy film "Along With the Gods: The Last 49 Days" posted one of the biggest debuts in weekend box-office history, data showed Monday.

The sequel to the 2017 smash hit "Along With the Gods: The Two Worlds" sold 3.84 million tickets from Friday to Sunday, recording 6.19 million in the accumulated number of tickets sold, according to the computerized tally from the Korean Film Council.

The movie was seen by 1.46 million people on Saturday alone, setting a new single-day sales record in South Korea. The previous record was 1.33 million set by "Avengers: Infinity War." 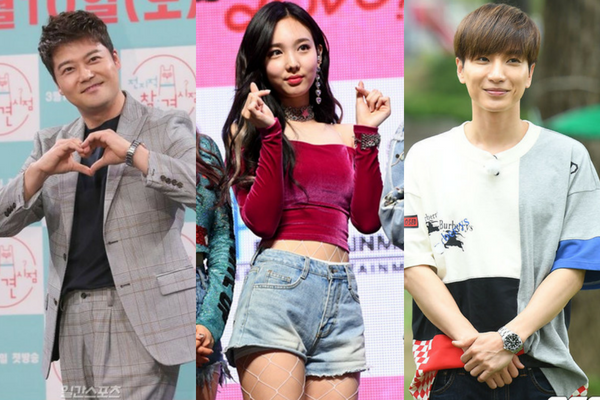 MBC announced that Jun Hyun-Moo, Super Junior’s Leeteuk, and TWICE’s Nayeon will host the upcoming 2018 Idol Star Athletics Championships! The event will take place on August 20 and 27 for a pre-recording, and will officially air on TV over the Chuseok holidays in late Septmber. 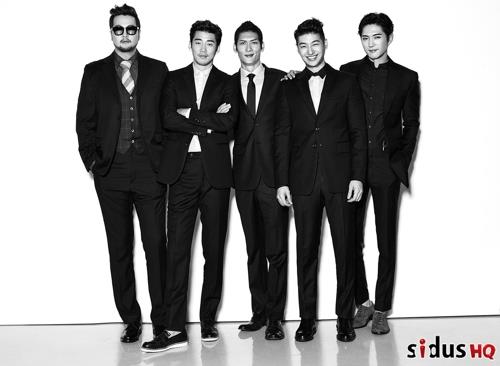 Long-running boy band g.o.d will celebrate the 20th anniversary of their debut next year with a series of celebratory projects, including the release of a new album, their management agency said Monday.

The quintet debuted in 1999 and became a household name in the K-pop scene in the early 2000s with a series of hit songs, including "To Mother" and "One Candle." 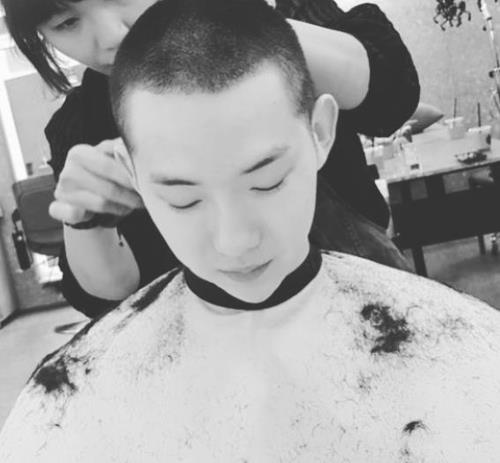 Jo Kwon, a member of K-pop boy band 2AM, bade farewell to his fans Monday as he joined the armed forces for the nearly two years of mandatory military service. The 29-year-old was to enter a military boot camp in Gangwon Province on Monday to start off the military service.

"Jo Kwon starts his military service as a regular solider after going through the basic military training," his management agency, Cube Entertainment, said. "The location of his enlistment will not be disclosed in keeping with his wish to make it a quite event."

( Collapse )
Joy in hit that drum tho, come thru main vocal

Ailee opened up about her struggles with her weight and how she overcame them during a recent appearance on JTBC’s “Hidden Singer 5” on August 5.

(...) When it came time to introduce each of the voice impressionists, one contestant’s nickname caught people’s eye. Calling herself “Ailee who lost 15 kilograms,” contestant Kang Go Eun explained, “I was on the heavier side growing up and I felt the pressure of needing to lose weight in order to pursue a career as a singer. That’s when I saw an article about Ailee’s weight loss. They said she ate 500 calories a day and exercised all day while also practicing her choreography. I tried copying her routine and I really felt like I was going to die. I couldn’t sing as well as I used to.”

Hearing this, Ailee revealed, “When that article came out, I was around 49 or 50 kilograms.” She tried to open up as she said, “I wouldn’t eat anything and just kept going,” but had to stop when her emotions overtook her as she remembered her struggles and she began to cry.

After taking a moment, Ailee continued on to say, “I was so sad. I was supposed to be a singer who just sings, but it [losing weight] was something I had no choice but to do if I wanted to stand on stage, and that made me so sad.” She added, “I was upset because I knew that the diet and weight loss had affected my singing, and I felt a sense of shame because I felt like I wasn’t showing my 100 percent when I was singing on stage at that weight. I may have been nice to look at when I weighed 49 to 50 kilograms, but I think I was feeling at my lowest back then.”

Ailee then smiled and revealed that she had learned to overcome those struggles, saying, “I’ve decided not to care about my weight anymore.” She emphasized, “I’m so happy where I’m at now and I’m satisfied with my singing, and I think that’s much more important.” 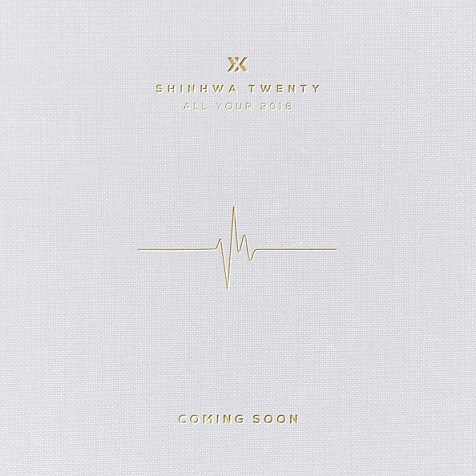 BTOB Eunkwang will reportedly enlist in the military on August 21


My heart is not ready! I know Minhyuk (29 Korean age, same age as Eunkwang) and Changsub (28 Korean age) wants to go to the military with him so does this mean that they'll be going soon? This weekend is gonna be a cryfest in their concert. This is not the first time I'm sending my kids to the army (first was SS501) so its just that I can never get used to it.

i can already see that choreo being a problem with those short dresses, will their stylists never learn

It’s out #Ahgase ! My interview with @GOT7Official is now live on @NylonMag! Was such a pleasure to talk with them about music, fans and what kind of drink they’d describe themselves as. Check it out! ➡️https://t.co/6hPJvhERgF⬅️ #got7⁠ ⁠ #EyesOnYou⁠ ⁠ pic.twitter.com/LAICvjyt9A


This is mostly interesting for the random "what drink are you" quiz in the middle. Ofc my man chooses the most blandest one you can be, I expected nothing less.

- They are not mad that he's dating Hyuna, they are angry because he didn't tell them about it unlike Hyuna
- They are mad that Triple H was created so they both could spend more time together while in front of their fans
- Believe that there are "complicated parts in the K-pop industry that international fans will find hard to understand", "It's not that we are falsely thinking that we have a chance to date them or something, or they are possessions of ours"
- Claim that fans love them for their image, and dating damages said image
- Want to know if he received consent from the other Pentagon members to date Hyuna