While browsing Youtube late at night I came across a video by user SinB Ssi, which listed several songs by various artists with more than questionable lyrics, such as sexism, body shaming or cheating. I'm re-posting some of the songs mentioned in the video, more are at the source. This post should be a friendly reminder to not blindly sing along to your fave songs, but to actually look up the lyrics (if you don't speak Korean). Also, most K-pop artists don't get to choose their songs, so instead of critizing them for the lyrics we should blame their company and the songwriters for making them sing such lyrics.
( Collapse )
sources: youtube SinB Ssi, MBK Entertainment Official 1, 2, BIGBANG, 1theK 1, 2, Kyotaegisub, jypentertainment

A 21-year-old man attacked a woman with a stun gun after she had turned him down.

Gwangju Seobu Police Station on Tuesday arrested the suspect, surnamed Nam, for inflicting injuries requiring two weeks of treatment on the woman, who is an internet broadcaster.

Nam waited in front of her apartment with an electroshock gun and another weapon, and used the stun gun on the victim’s neck and waist around noon on Tuesday as she left her home in Seo-gu, Gwangju.

Sian's father makes the kids reenact a movie on a trip. They have no clue what is going on. Seungjae sings the national anthem and throws out the first pitch. Then he enjoys the game with his parents. Siha meets for with skater Victor An and his daughter Jane. It's lovely to see her again! And William fills in for Sam's manager while he's away.

Ping Pong Ball is based on the webcomic "Takkookong” by Jo Geum-San. Kim Young-Joon (Ji Soo) is a philosophy major at a university. He confessed to a girl at the same university about his feelings for her, but the girl rebuffed him. He experiences hard times because of her rejection of him. Kim Young-Joon then meets mysterious homeless man Kim Deuk-Hwan (Yoo Jae-Myung) who lives under a small bridge near Kim Young-Joon's apartment complex. Kim Deuk-Hwan has also experienced failure in love and bonds with Kim Young-Joon.

Ji Soo's been offered a couple leading drama roles, but hasn't confirmed yet. I did love him in his last drama special (Page Turner) so hopefully this one is good too! 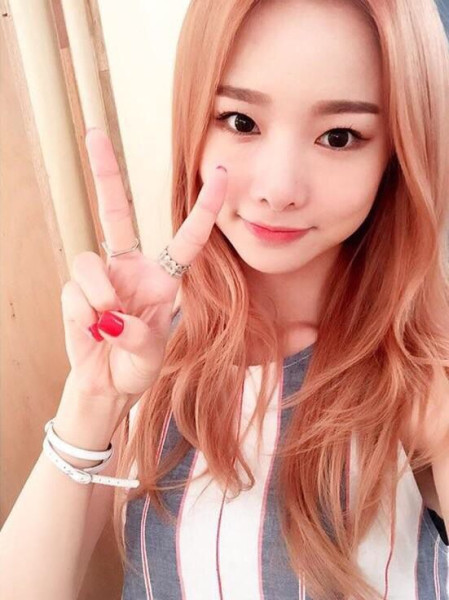 On August 15 broadcast of “Solji’s Voice Season 2” on Nave V Live, EXID’s Solji confirmed that she will be joining the members for the upcoming EXID promotions, after taking a step aside from the industry due to health issues. Sitting next to the singer was her co-worker Hani, who helped Solji to answer a few questions from fans. 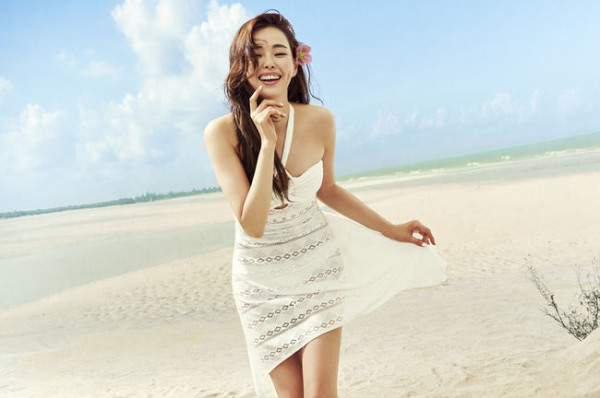 On August 13, The Hollywood Reporter reported that Korean actress Lee Ha-Nui had signed with major U.S. agencies, extending her domain to Hollywood. According to the reports, the actress signed with Phillip Sun of American talent agency WME (William Morris Endeavor) as well as David Unger from Artist International Group. 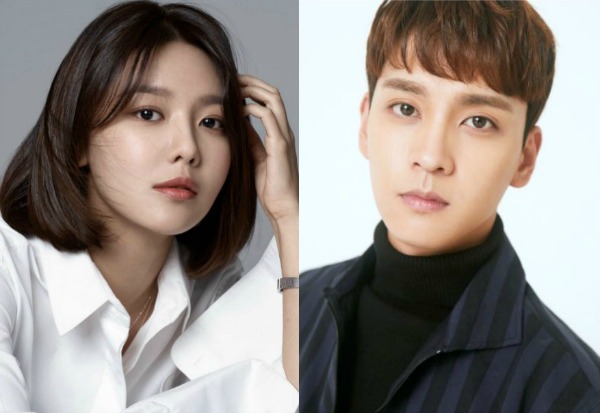 Singer-actress Sooyoung has lined up her next project, and it’ll be a project called "So I Married an Anti-Fan". If the title sounds familiar, it’s because it’s also the name of a Chinese movie from 2016 starring Exo’s Chanyeol, Yuan Shanshan, and Sooyoung’s own Girls Generation groupmate Seohyun. Both the Chinese movie and this new K-drama series are based on the best-selling manhwa and novel of the same name.

The plot of the 16-episode series centers around a reporter who goes out to interview a Hallyu star, runs into conflict with him, and ends up getting fired from her job. She blames him for her losing her job and becomes his anti-fan, and somehow ends up living in the same house as him… and romance ensues.

Sooyoung will be playing magazine features reporter Lee Geun-young, while Choi Tae Joon has been tapped to play Hallyu star Hoo-joon. Geun-young’s job at the magazine encompasses all manner of menial and miscellaneous tasks, and her team plans feature stories “like pitchers on a baseball team” — so, throwing out random ideas and hoping they work. Geun-young believes in her talent and has a strong sense of justice that has gotten her caught up in other people’s problems with some regularity. Hoo-joon, on the other hand, is six years into his career and at the pinnacle of success in the K-pop industry. She decides to become Hoo-joon’s “official No.1 anti-fan” after her life nearly falls apart because of him.

So I Married an Anti-fan will be directed by PD Kang Chul-woo of 1% of Anything and My Secret Romance; it will be written by SNL Korea writer Nam Ji-yeon. It does not yet have a broadcaster or an airdate.

"Monstrum," an upcoming Korean monster action flick, started from a brief record in the Annals of the Joseon Dynasty that a strange monster haunted the royal palace in 1527 during the reign of King Jungjong. The king ordered his men to hunt it down but to no avail, said the historical record.

"The film features an imaginary creature. We made the monster based on our own imagination," Heo Jong-ho, who directed the movie, said during a promotional press conference at a Seoul theater on Thursday. "But if there's any difference, we got an idea from historical records."

The song is really good tbh! Check it out if you like similar vibes to SHINee's View/f(x)'s 4 Walls (deep house, I think?)

It's a summer sound, maybe a little bit dated. I liked the Still You and Growing Pains some more. :-/ And LOL at Donghae bringing back that Sorry Sorry type of hairstyle... 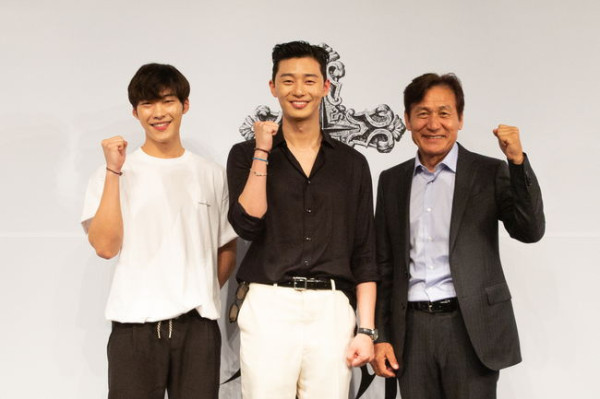 Filming has officially begun for the upcoming movie “The Divine Fury”! Park Seo Joon, Woo Do Hwan, Ahn Sung Ki, Choi Woo Shik and Esom will be starring together in the new film, which successfully kicked off production with its first shoot on August 14.

“The Divine Fury” marks the reunion of actor Park Seo Joon and director Kim Joo Hwan, who previously worked together on the 2017 film “Midnight Runners.” Park Seo Joon will star as Yong Hoo, a champion fighter who suffers emotional scars from losing his father in a tragic accident at an early age.

Veteran actor Ahn Sung Ki will play Father Ahn, a weary priest and exorcist who continuously risks his life in order to save the possessed souls he encounters. After meeting Father Ahn, Yong Hoo ends up joining him in a dangerous fight against powerful evil forces that unleash chaos and wreak havoc on the human world.

Woo Do Hwan will appear as Ji Shin, a mysterious figure with the ability to see others’ weaknesses and use them to his advantage, while Choi Woo Shik will play the role of Father Choi, a young priest that assists Father Ahn during his exorcisms.

With filming now underway, “The Divine Fury” is scheduled for a premiere sometime in 2019.

Woo Do Hwan! Park Seo Joon! Choi Woo Shik! Esom! I am so here for this cast, so many of my faves. I hope we get photoshoots with PSJ and WDH like the KHN/PSJ shoot for Midnight Runners.
Collapse