NCT DREAM Mini Album will be out on Sept 03!


GOT7: this album is our present for ahgases for the love we've received :)
JYPE: ok but how can we milk the most money out of the fans *makes 2384985 versions of album and everything that comes with it*

so iu’s back up dancers married each other today and iu sang them good day as a congratulatory song but the bride and groom instinctively went straight into back up dancers mode and danced to the song with her maybe this is the cutest clip ever pic.twitter.com/MfLGTBDuEm

[ENG] [HI_HIgh] The rumor that Kyulkyung's fridge is full of only pretty fruits🤔 Revealing the jacket photos of the Chinese digital single 'WHY' of Kyulkyung who is able to express every color in the world💕 pic.twitter.com/cAw3n1Qmva

Pentagon's 7th mini album, titled 'Thumbs Up' will be released on September 10, 18:00 (KST). Cube has previously announced that E'Dawn and Yanan will not participate in this comeback promotion cycle.

I love all the boys, but this entire mess is making me really livid. Hyuna cancelled an appearance too so I'm doubtful over whether E'Dawn had a say in his exclusion. Cube can miss me with this nonsense.


Each member teased the title earlier today on their instagrams:
( Collapse )


Oh shit guys we're getting an English, Chinese, Spanish(qué??) version of the title track and every member has a solo

They really weren't playing around when they said this is the album the fans have been waiting for omg. 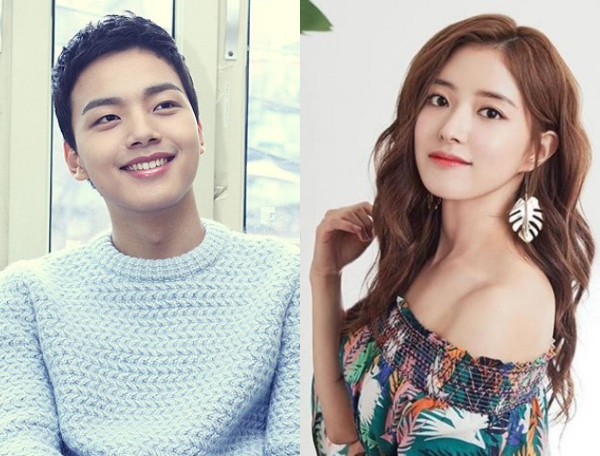 The drama remake of multi-million dollar grossing film Gwanghae, The Man Who Became King (also known as Masquerade) has confirmed Yeo Jin Goo in the titular role, with Lee Se Young as his queen.

In the drama, Yeo Jin Goo will play the dual roles of King Yi Heon (later known as Gwanghae) and peasant clown Ha-sun. After having lived his life constantly paranoid and on guard against palace intrigue and assassinations, Yi Heon will trade places with Ha-sun who looks exactly like him when a poisoning attempt goes too far. Ha-sun is an orphan who lost his biological parents to a plague, and he begged and wandered the country with his adopted sister, until they were almost at death’s door from starvation. An acting troupe saved them, and ever since then, he’s been a clown-actor who fears nothing on the stage. By a series of circumstances, he ends up as a fake king on the Jade Throne, and despite his best efforts, he falls for the king’s wife, Queen So-woon, played by Lee Se Young.

Yi Heon, who had never known love from his parents, found peace when he married So-woon. She enjoyed a peaceful but brief newlywed life with Lee Heon when she entered the palace as a Crown Princess, but due to his paranoia and the constant palace deceit, his relationship with her deteriorated. So when he and Ha-sun trade places, he’ll be placed in a position where he’s envious of his alter ego as So-woon (who knows nothing about the switcheroo) begins falling in love with this new side of her estranged “husband.”

Gwanghae, The Man Who Became King is set to air on tvN early next year.

Excited for this, I really like them both and I'm thinking YJG will do an excellent job with dual roles.