a gift for the We Go Up MV hitting 10 Million views.

Following a news outlet’s interview with Goo Hara’s boyfriend, Dispatch has now revealed Goo Hara’s side of the story with an exclusive interview.

On September 10, Goo Hara ate lunch with her manager and “A,” a man who works in the industry. However, she told her boyfriend C that she was only eating with her manager. Through a phone call with her manager, C found out that A was also present at lunch and got angry at Goo Hara for lying. Goo Hara went to the hair salon that C works at on September 12 to explain herself, but C told her to just go home.

TWICE’s “TT” has reached another amazing milestone on YouTube! The music video for TWICE’s Halloween-themed 2016 hit has now reached 400 million views on YouTube, becoming the first K-pop girl group MV to accomplish the feat. “TT” was released on October 24 of 2016, and it has taken approximately 1 year and 10 months for the music video to reach the impressive milestone.

TWICE is also now the second K-pop group to reach the milestone overall, following BTS hitting 400 million views with “DNA” and “Fire.” Among Korean solo artists, PSY has the most views with over 3 billion for “Gangnam Style.”

According to an industry insider, APRIL plans to make a comeback in mid-October and has finished filming their title track music video.

Following their last album, the group officially debuted in Japan last April. Members have also been busy with individual activities with Naeun acting in the web drama “A-Teen” and Jinsol appearing on MBC’s “The King of Mask Singer.”

The next collaboration project for “STATION X 0” has been revealed!

Seulgi said, “We know that many people have been anticipating our collaboration together,” and SinB said, “We’re working hard to prepare an addictive song and great performance.” Soyeon added, “The song will be released on September 28 at 6 p.m. KST,” and Chungha said, “The lyrics are great. They’re hopeful and contain lots of messages we want to share with you.”

After her recent release on the 14th with "한 잔만 더 하면 (one more shot)", Park Boram will be leaving MMO Entertainment as her contract has come to an end and she has decided not to renew
https://t.co/YxoR3T4FQL pic.twitter.com/U4cRvgKMRq

I LOVE IT!!!
Honestly there's a lot going on in the MV but it's fun to watch and the song is a BOP! (well OP thinks so at least and no one can tell me otherwise!!!)

She previously was with BH after leaving JYP, before joining KeyEasthttps://t.co/qZBHFHdQ9x pic.twitter.com/JRVr8tmHMZ Listen here↑ or to listen to the individual tracks on Spotify

What do you think Omona??? 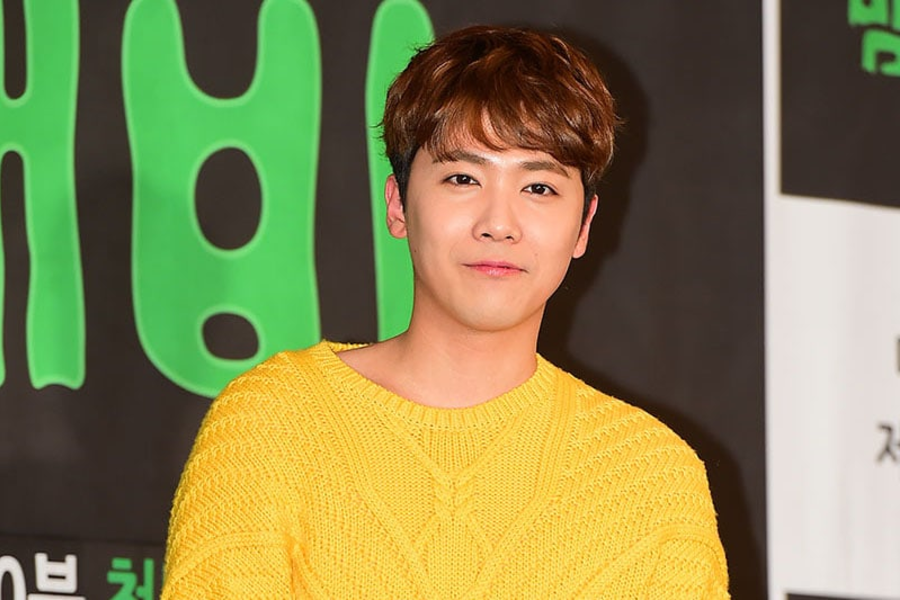 On September 11, FNC Entertainment confirmed reports that Lee Hong Ki is preparing a solo album, which is due out in October.

Lee Hong Ki’s most recent solo release was the mini album “FM302,” which came out in November 2015. FTISLAND recently made a comeback in July with their sixth mini album “What If,” featuring the title track “Summer Night’s Dream.” 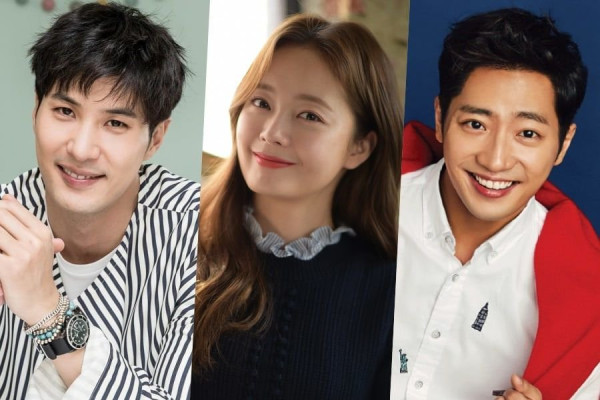 “Top Star Yoo Baek” will tell the story of a former idol and A-list actor who is banished to a remote island after causing some major trouble. The drama will follow Yoo Baek as he adapts to his new surroundings and eventually strikes up a romance with Oh Kang Soon, a woman who seems to have nothing in common with him.

Kim Ji Suk will be playing the role of narcissistic top star Yoo Baek. Though he has a confident personality and outstanding good looks, he is distrustful of people because of trauma he experienced at a young age. An idol-actor, he is successful in both singing and acting, earning the nickname of “Nation’s Melo Man.”

Jun So Min will be playing the role of Oh Kang Soon, a hardworking young woman who doesn’t care about anything aside from her studies, her work as a diver, or the supermarket she runs. Unlike the worldly and sophisticated Yoo Baek, Oh Kang Soon barely even knows how to use a cell phone.

Lee Sang Yeob will play the role of Choi Ma Dol, who is described as “the Jack Sparrow of ships.” Choi Ma Dol is the youngest person to become a captain. He’s an optimistic, friendly, and fun character, but is also strong-headed and charismatic.

“Top Star Yoo Baek” will be airing in November in tvN's new Friday drama slot after the conclusion of "Big Forest".

I'm so here for this, I really like all three of these actors and I'm excited for Kim Ji Suk to get another lead role after loving him in 20th Century Boy and Girl.

It’s been a while since I’ve done a TRoS update post, so let’s see what the triplets are up to! Song Daehan, Song Minguk, and Song Manse are fraternal triplets and the sons of actor Song Ilkook and his wife Jung Seungyeon, a high court judge (I know, how badass!). All together their names translate to “Long Live the Republic of Korea”. The triplets started the show when they were 27 months old, in the summer of 2014. They stayed on until February of 2016, just a month shy of their 4th birthday. They were a really popular family, pretty much from their first episodes.

KBS YT also put out special triplets' episodes. Basically, it's full episodes made up of their clips alone. You can find the playlist here.

Korean-born American actress Yunjin Kim has returned to the small screen in her motherland, breaking a 19-year absence.

As if to make up for the long hiatus -- although she has been appearing in Korean films -- she's chosen a role that, she hopes, will leave a lasting impression on Korean television viewers.

The upcoming SBS series, "Ms. Ma, Goddess of Revenge," is loosely based on Miss Marple, a fictional amateur detective in Agatha Christie's novels. With shrewd intelligence and a remarkable ability to latch onto seemingly trivial things to solve a mystery, the character is one of the most beloved characters of the British crime writer.

It's official, Lullaby is not only one of (if not their best) title and the chore is definitely superior. It's so complex?? Also the stage for I Am Me!!

Also I loved that relay dance, they need to do more of those

On September 15, the comedian uploaded a photo of the cast on his personal Instagram. In the caption, he stated, “Thank you so much, and it’s unfortunate after all the fun times. Please show lots of love for ‘Happy Together 4’ as well. Thank you to the staff that have been with me all this time and to the viewers. Thanks, Jae Suk. Fighting.”

There are also news that the karaoke segment is ending.

For the first time in Season 3 of 2 Days & 1 Night the members are joined by foreign fans from all over the world.
In a 3 part special they form teams of 1 member + 3 fans and compete to avoid punishments and for a chance to enjoy traditional Korean food in true 2 Days & 1 Night spirit. Tune in for the fans being adorable and because I say so.

I was pleasantly surprised by the lack of koreaboos and by how people from different backgrounds were picked. The girl from Nepal is the cutest and most charming! She's never seen the sea!!! (At least) 3 of them had never been abroad before!

WJSN, now over two years into their careers, revealed recently that they’ve yet to receive payments.

During a press conference on September 17 prior to the group’s comeback with their mini album “WJ PLEASE?” Luda elaborated on what she said about payments on MBC’s Dunia.

Okay that teaser is all kinds of whack but I need the suit version in my life like right now, so go and watch the MV if you already haven't! (we're at 4,5 million as I'm doing this post rn)
Collapse