According to the article, he will not do Block B activities after the contract ends, will move on solo

“Pocha Beyond Borders” released an official statement on September 18 and stated, “While we were in the final stages of filming overseas, we discovered a hidden camera disguised as a portable battery in Shin Se Kyung and Yoon Bomi’s place on September 15.”

The official statement explains that an employee from the outsourced company responsible for fixed cameras brought in a personal item at his/her own discretion. O’live emphasized that it had been illegally installed by this individual.

Shin Se Kyung discovered the hidden camera herself and the show confirms that the matter has been resolved. The show’s production staff members and agency immediately confiscated it, and Shin Se Kyung’s agency alerted the authorities about the individual who set up the hidden camera. A police investigation is currently underway.

A source from Gangnam Police Station revealed that the hidden camera suspect has acknowledged his/her actions and explained that he/she committed the crime out of curiosity. The police are currently looking over a request for an arrest warrant as the use of cameras and filming in this case falls under sexual assault.

A source from O’live stated, “According to the ongoing police investigation, they have confirmed that the contents of the hidden camera have not been leaked. We earnestly request that people refrain from making unconfirmed speculations.”

On September 18, a press conference was held for the new MBC variety program “Real Men 300” at MBC Golden Mouth Hall in Seoul. (...)

During the event, Matthew Douma talked about appearing in a variety show for the first time, stating, “This was a new challenge in my life. Before I left, I did a lot of exercise preparations, but of course, it wasn’t enough. I had the hardest time during the guerrilla training. After training with my colleagues, I was pleased that we were able to make it to the end. Rather than experiencing military life, I was able to see the limits of my physical health.”

He also cheered on his daughter Jeon Somi and stated, “[Jeon Somi] told me to not be the first one to come out of the CBR [chemical, biological, radiological] room, and said that she believed in me, her dad.”

When asked about Jeon Somi’s future plans, he said, “Somi’s activities are Somi’s concerns. They are completely separate from me. The [reports] that I am Somi’s manager are false rumors.”

He continued, “Somi finished her last JYP activities and returned from Germany. We’re going to spend this Chuseok together with the family and think about what she will do from now on. I do give her advice as a parent, but because I’m not an expert, I can’t do much.”

PENTAGON’s Hongseok recently talked about his fellow member E’Dawn at a press conference.

On September 18, a press conference was held for MBC’s new variety program “Real Men 300” at MBC Golden Mouth Hall in Seoul. Hongseok is a cast member of the military reality show’s latest season, in which the cast members will undergo various tests and evaluations in order to become part of the elite “300 warriors” of the army.

During the event, when asked about his group PENTAGON, Hongseok replied, “Our team is currently promoting with ‘Naughty Boy.'”

He continued, “Currently, I’m diligently focused on our activities, and because the person in question has yet to give an official statement or share his opinions on the matter you’re curious about, I’m cautious because I don’t think I can speak rashly of it.”

On September 13, Cube Entertainment had released an official statement stating that HyunA and E’Dawn would no longer be managed by the agency, but later backtracked to report their removal was still being discussed.

On September 18 at about 3 p.m. KST, Goo Hara went to the Gangnam Police Station for the investigation of the assault case regarding her boyfriend. It has been five days since the incident.

When she was asked about who hit first, she replied, “The point is not about who hit first. This will be revealed after the police investigation.” She responded similarly to a question regarding her boyfriend’s claim that he did not hit her. “That is also a problem that will be resolved after the investigation. I will answer everything sincerely during the questioning.”

On how serious her injuries are, she commented, “It is all in the medical reports that I submitted.”

Goo Hara’s boyfriend went through his police investigation on September 17. In a previous interview, he claimed that the assault was one-sided and that he did not hit her.
( Collapse )

Another one featuring the Dreamies. Subs on the video!

it's nice seeing how much the artists, even down to the youngest, get to have input in who sings what and how it's sung. 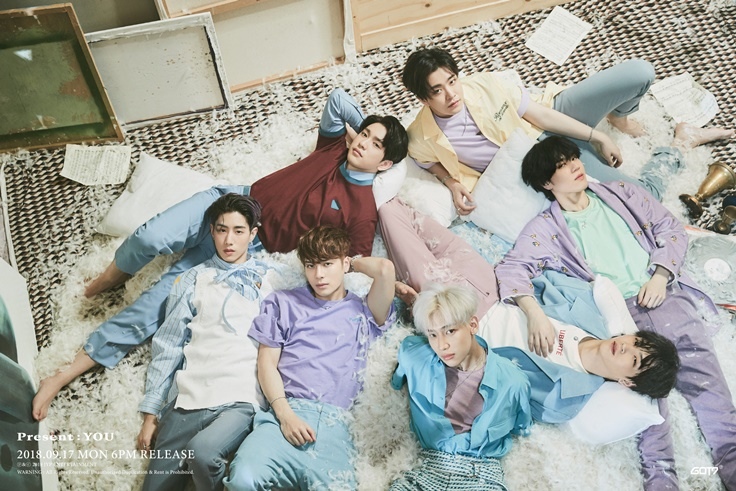