The East Light’s leader and member Lee Seok Cheol recently opened up about the physical and verbal abuse from their agency’s producer and CEO.

Warning: Article contains descriptions of violence. (Please proceed to read with caution)
( Collapse )
There are a lot of twitter threads going around with more detailed descriptions of the press conference, but many of them are HIGHLY TRIGGERING and graphic, please keep this in mind before reading as well.
balloon_wanted: twitter, reddit, alone_nomad, KoreanUpdates, kpopers_family

I also summed up some of the main points from these twitter threads and the article and provided additional information for those who do not know the group but please note that this is based off the translations only - I do not understand Korean and did not watch the actual press conference.
[Spoiler (click to open)]
-Lee Seokcheol is the eldest of the group at 18 years old.
-The PD is Yoon Young il. The assault took place from 2015 to 2017, and what seems to be the reason this case is coming to light now is that the producer has returned to the company.
-Lee Seokcheol only mentioned the abuse that he, his brother Lee Seunghyun and Lee Eunsung (another member) faced. He mentioned that he could not discuss the other members assault.
-When Lee Seunghyun complained about the producers return, he was removed from The East Light.
-Lee Seokcheol has also left The East Light and is planning to take action.
My main goal in posting about this is to spread the word about this. It's hard to tell if this will gain traction in Korea as it was just reported on as I am posting this, but I don't want this to get buried because it will be easier for the perpetrators to get away. I may not be able to provide further updates to this comm in the upcoming days, but as one last thing: if planning to send words of encouragement to the members, do proceed with caution. As of now only Lee Seokcheol has spoken up about the abuse and what may be even scarier, only him and his brother Seunghyun have been said to have left the company. What this means is that the other four boys may as of this moment still be with Media Line. 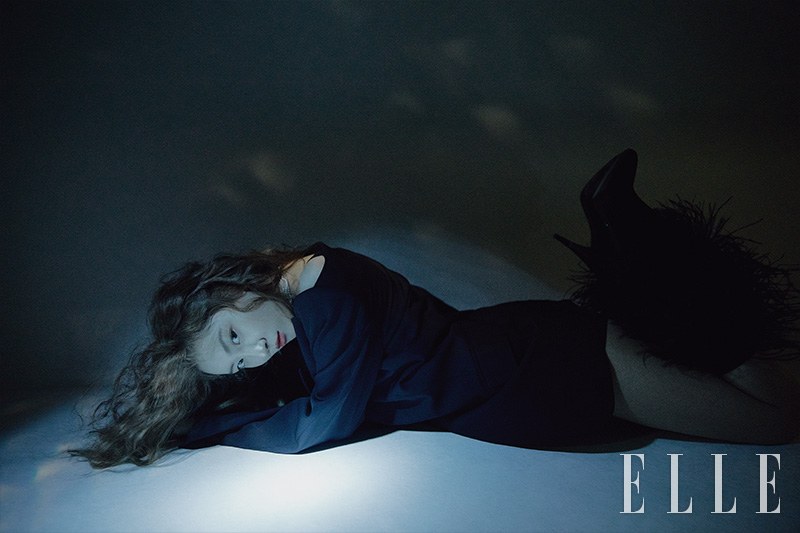 This was the episode that aired on 2018.10.07. Sian and his family go on a road trip. It really looks like a CF for the van lol. No really, I think they were sponsored. William and Ben take a trip to the mall. William steals Sam’s credit card and makes a run for the candy store. William also starts toilet training for the first time. We meet Siha’s little sister Bonbi. The siblings tag along with their parents on a family honeymoon. They try some yoga on a paddleboard. I hope they took home all those malasadas, Siha really missed out. It’s Gunhoo’s first birthday and the family gets together to celebrate. Then Joo Ho tricks Naeun into getting a haircut. Well, at least a trim of her bangs lol.

WARNING: As with the other posts, the following information and links all contain descriptions of violence and abuse. In particular, the JTBC News link is to a video that contains actual photo evidence. PLEASE PROCEED WITH CAUTION.

There is a petition going around that if it reaches 200,000 signatures, the Blue House will directly respond. @TEL_base on twitter has a guide on how to sign.

[In this spoiler, I have also compiled various other links and information regarding this case. Please proceed with caution when looking.]
pann_choa has two posts regarding the abuse that provides more evidence including a text conversation with the PD. Apologies though, I don't want to look through them again so you can find them at their blogspot.

K-Suns (The East Light's fanbase) have also been tweeting picture evidence from past vlives and other video that show possible signs of injuries. It's a lot so it's hard to compile... twitter accounts such as sunnietel, balloon_wanted, bitterssweets, shineusnow_anne have been retweeting many of them along with news broadcasts regarding the situation. this post on reddit provides an organized timeline of the events that were occuring. As always, proceed with caution when reading. The videos have graphic pictures, the posts have graphic images and descriptions.

sorry for all the links and information. tbh i'm just mindlessly compiling them all as they come out, i'm still in shock. there's a lot of small things from the past that meant nothing when i saw it before but now with this coming to light it's a lot to process. everyone please take care and stay safe.

also would like to add that there has been no word on the other four members current status, so please do proceed with caution if planning to leave encouraging messages on their instagram. their official instagram theeastlight.official follows the six of them so you can find their instagrams from there. 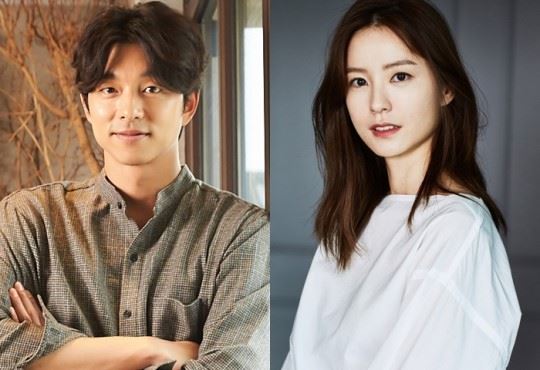 Actor Gong Yoo and actress Jung Yu-mi will star in a movie based on a best-selling feminist novel, "Kim Ji Young, Born 1982."

The story is a story of a woman in her 30s, who is suddenly possessed by spirits after facing a myriad of discriminations due to her gender. The book, released in 2016, sold more than one million copies in Korea thanks to its realistic portrayal of the lives of Korean women during the era. 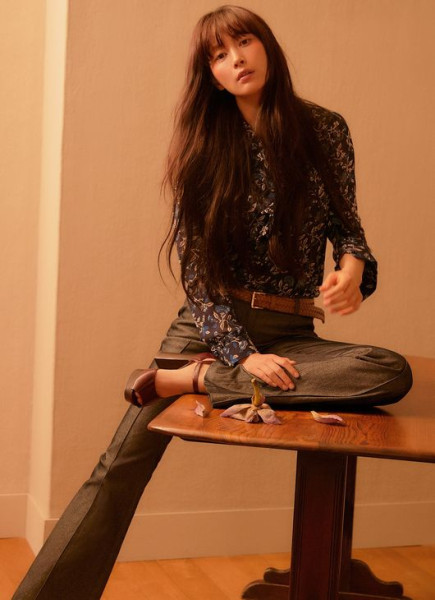 Lee Na-Young, who had gone under hiatus from the drama industry for the past 9 years, has finally confirmed her return. The actress will star in the upcoming tvN romantic comedy, “Romance Addendum” (literal translation), in partnership with Lee Jong-Suk!

“Romance Addendum” tells a story of various people working at a publishing company. This drama not only features Lee Na-Young in small screen for the first time in 9 years, but it is also Lee Jong-Suk’s first romantic comedy since debut. 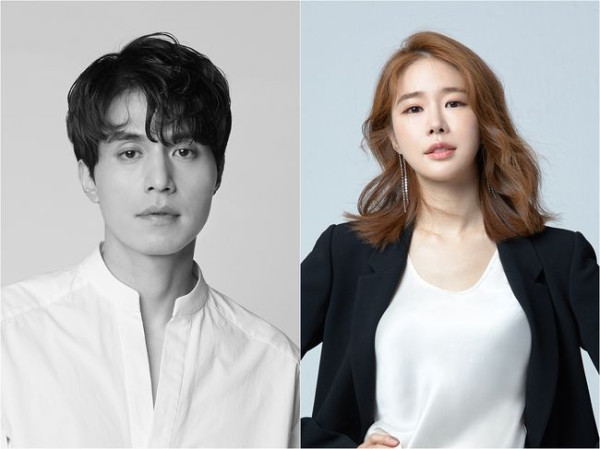 On October 19, tvN’s new drama “Touch Your Heart” confirmed Lee Dong-Wook and Yoo In-Na as its lead roles. After showing off much chemistry in 2016 drama “Goblin,” the actors finally reunite in the upcoming drama.

“Touch Your Heart” tells a story between a talent lawyer and a “used-to-be” actress, who disguises herself as a secretary to work for him.

Happy Friday! Every week I check out the charts for this day in the past and post the top three songs. Then I pick out two more from the top ten as honorable mentions. This week, let’s see who was on top for the 3rd week of October, 2014. As I mentioned a few weeks ago, we’re getting into the part of the year where ballads start to dominate the charts.


#3 Kim Dong Ryul “How I Am”
This music video gained attention because it stared Gong Yoo. He had only ever appeared in one MV from back in his rookie days, so it was a big deal. Personally, I do remember the video but don’t recognize the song at all. So I guess recruiting Gong Yoo really worked lol. The song is nice too, I’m a sucker for lush orchestrations.

His run on both Real Man 300 and Law of The Jungle start soon. Those fashion week pics...I might be sleep deprived but he looks like Shinee Minho and Exo Chen had a kid.

SNUPER members Suhyun and Sangil along with IMFACT members Jeup and Taeho collaborated as SNUFACT for a Music Bank special stage on Oct 19, performing Urban Zakapa's "I Don't Love You". 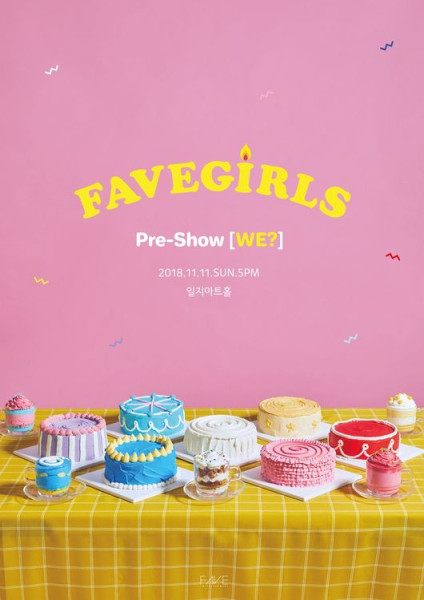 On October 18, FAVE Entertainment reported, “we have officially begun preparing to launch a new girl group “FAVE Girls,” aiming for a debut in early 2019. We will be starting the debut countdown project soon.”

In relation to the debut, FAVE Entertainment will release information on 7 members of “Fave Girls” starting on October 21. Afterwards, he will release various behind-the-scene footage of the girls preparing for their debut.

...of their Korean songs in Japanese!

BIGBANG’s Seungri has been swept up in dating rumors with actress Yu Hye Won!

On October 19, it was reported that Seungri was in a relationship with the model and rookie actress. According to a Taiwanese news outlet, the two have been dating for a year.

Yoo Hye Won’s agency SBD Entertainment responded to the reports by stating, “We are currently in the middle of checking to see if Yoo Hye Won and Seungri’s dating rumors are true.”

YG Entertainment has yet to comment on the rumors.

The two were also spotted hugging in front of a hotel in the Netherlands.