BoA appeared as a guest on the October 30 broadcast of the radio show “Park So Hyun’s Love Game,” where she talked about the dance for her comeback title “Woman,” choreographed by Kyle Hanagami.

Namely, the opening walk that she executes upside down, as she is held up by her dancers.

“At first, I thought the choreography video was upside down,” said BoA. “The woman was walking. Eventually, I thought, ‘It’s not me they want doing that, is it?’ When I looked, the dancer [walking upside-down] was doing my part in the choreography. Even if it were the case that the choreographer [created the move not knowing me], I wondered how they could ask me to do something like this.”
( Collapse ) 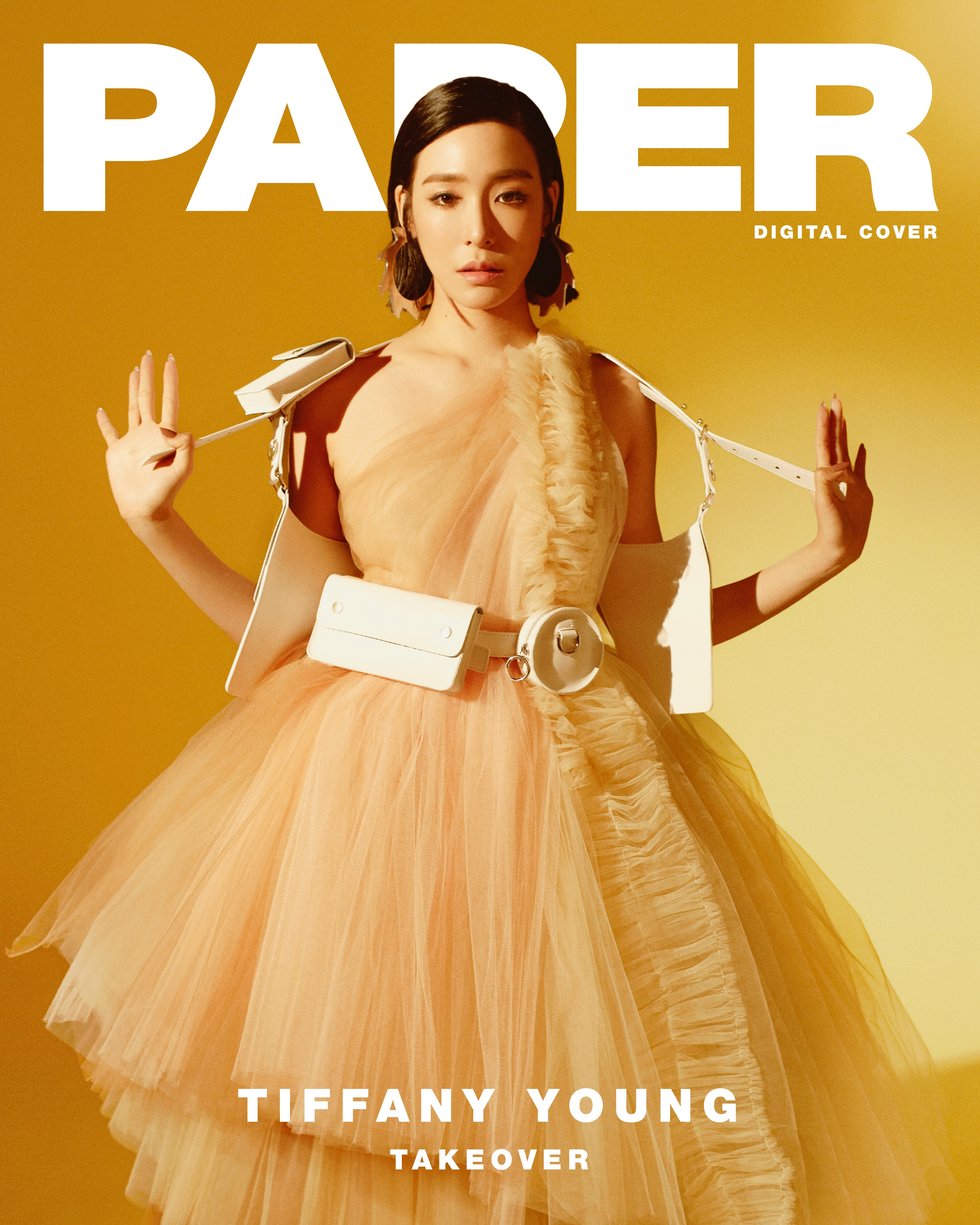 For our new digital cover series Takeover, we chose five of our favorite women who're making a significant impact on the music industry right now. Tiffany Young, the breakout singer of K-pop group Girls Generation, is carving out a major name for herself stateside. Today, she'll be taking over PAPER with guest edited pieces and answering fans' questions on our Instagram.

Tiffany Young is feeling liberated these days, and she wouldn't mind a drink — clear or dark. When we first spoke with the 29-year-old singer over the summer, she was days away from releasing her English-language solo debut, "Over My Skin," a funky blast of brassy pop sass.

We fangirled for Britney, dug deep into her obsession with RuPaul's Drag Race — Miss Vanjie stickers currently cover her notebook — and waxed nostalgic about her decade-long run as a member of Girls' Generation, otherwise known in South Korea as The Nation's Girl Group.

At the time, Tiffany expressed a sincere hope that her fans would enjoy her new musical journey, and that was that; effectively the calm before the solo storm. 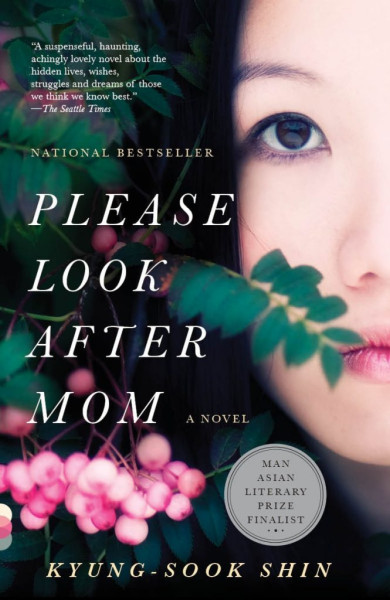 Korean novelist Shin Kyung-sook has recently finalized a deal to make her bestselling novel “Please Look After Mom” into a U.S. television series. On October 30, the novelist’s publishing agency KL Management announced that the author has signed the deal with Blue Jar Pictures for the production.

“It’s the first case for a Korean novel to be produced into an American TV series,” said KL Management. “This is especially meaningful because it’s been 10 years since the book was first published in October 2008.

Producer and director Julie Anne Robinson of Blue Jar Pictures also expressed eagerness to bring the novel to the screens. “The novel illustrates the experience a family goes through as they lose their mom in a beautiful and honest voice,” Robinson commented.

Details of the production haven’t been determined yet. 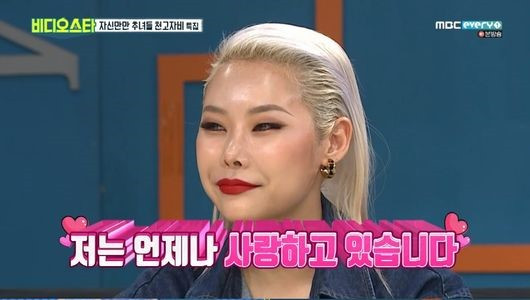 On October 30 broadcast of MBC Every1’s “Video Star,” rapper Cheetah made a surprise confession that she is in a relationship with a non-celebrity boyfriend. The rapper began, “I have been, am, and always will be in love.”

Cheetah told their love story from the beginning. According to the rapper, the two first met at a friendly gathering with mutual friends. She said, “I have a restaurant that I go to everyday. One day, the chef called me and told me to come quickly. When I went in, there was my current boyfriend and the seat next to him was empty.”

Jeon Ji-yoon was not one of the better-known members of 4Minute, an award-winning female K-pop dance group that disbanded in 2016.

Now, as a solo artist who has no big-name management agency to promote her in the hectic K-pop industry, the 28-year-old is free to channel her true personal inspirations into her music without much concern for mainstream popularity.

For the past decade, Korean cosmetic products have established their spots on the must-buy lists of the visitors. Whether it’s as a gift or for a personal use, the wide variety and the high quality of Korean beauty products won’t let you down.

If you’re digging down for something deeper than easily spotted street brands like Etude House or Nature Republic, below is a list of brands you may find appealing. 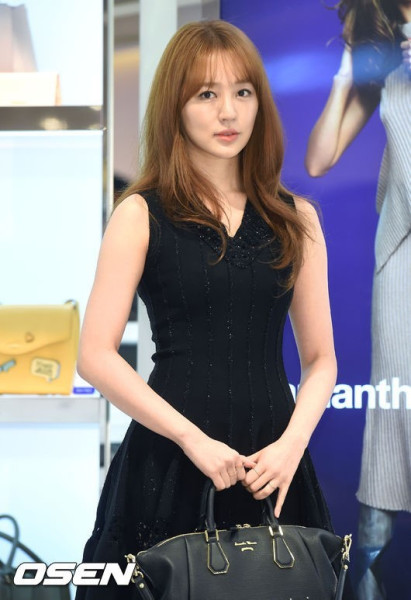 On October 31, Yoon Eun-Hye attended the production presentation for MBN’s upcoming drama “Love Alert” alongside Chun Jung-Myung and other co-stars. During the event, the actress took the liberty to apologize for the past controversy, when she was accused of plagiarizing designer Yoon Choon-Ho’s designs for her own good.

In 2015, the actress participated in “Goddess’ Fashion,” a Chinese fashion design survival program. Following the episode that showcased fashion designs that were reportedly designed by Yoon Eun-Hye herself, she was called out by Korean designer Yoon Choon-Ho for stealing his original designs. 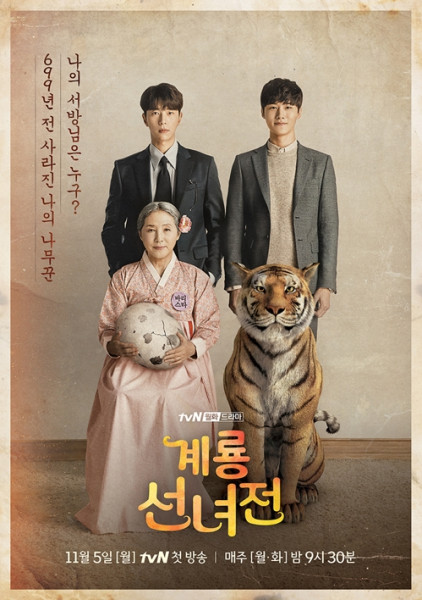 In the popular Korean folktale "The Fairy and the Woodcutter," the fairy successfully retrieves her winged clothes and goes back to heaven with her two children, leaving her grieving woodcutter husband behind.

In the upcoming television series "Mama Fairy and the Woodcutter," a fairy's husband passes away in a tragic accident and she waits for 699 years for him to be reincarnated. She lives to the present day and now works as a barista in a cafe tucked away on Mount Gyeryong. One day, she bumps into two men, one of whom she believes is very likely the reincarnation of her former husband.

One more week before the winner is crowned! Who are you rooting for, Omona?

The audio comes from a fanclub kit from LOOΠΔ's official fansite. Many commenters are apparently hearing it as "never f**k with you again".

In case you missed it TOP is back on Instagram after almost two years. He didn't use any caption or tags. Shortly after his two posts, Han Seohee had something to say and she doesn't seem very amused. 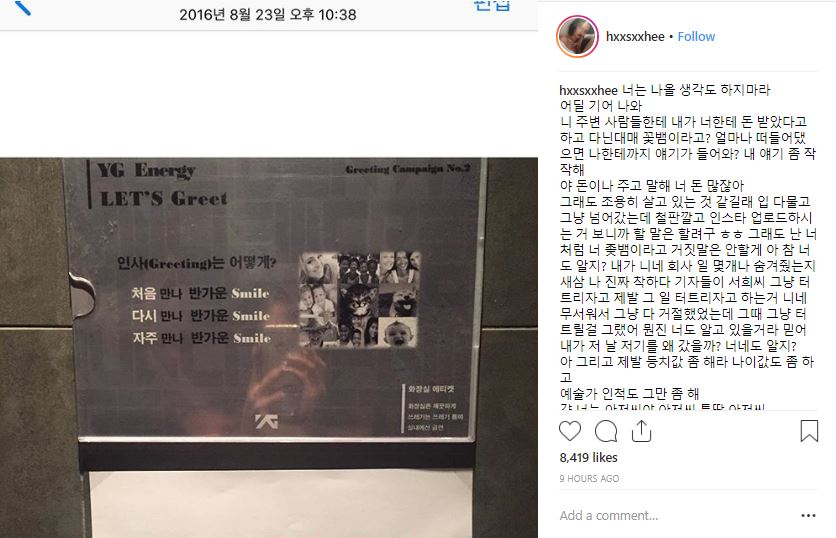 "Don't you think of coming back. How dare you crawl back out? I heard you've been telling everyone around you that I got money from you. That I'm a kkot-baem? How much did you blab about that that even I've heard of it? Stop talking about me. A least talk after you've actually given me money. You're rich. I was going to stay quiet because it seemed like you were staying on the down low but I think I'm going to speak up now that I see you uploading on Instagram ㅎㅎ. I won't lie like you did and call you an XX-baem though. You know, right? How many of your company scandals that I've hidden? I think I'm so nice. Journalists are always badgering me, 'Seohee-ssi, just expose it all', 'let's please expose them', but I rejected them because I was scared of you guys but I should've just done it then. I'm sure you know what I'm talking about. Why do you think I went there on that day? You know, right? And please act your age. Stop acting like you're such an artist. You're just an ajusshi."