On November 19, Big Hit Entertainment has shared an update on BTS’s official fan cafe titled, “Notice regarding status of legal actions pertaining to the violation of our artists’s rights.”

The agency had announced in 2016 that it would be seeking legal action to protect BTS and provided updates in 2017 and in June of this year. 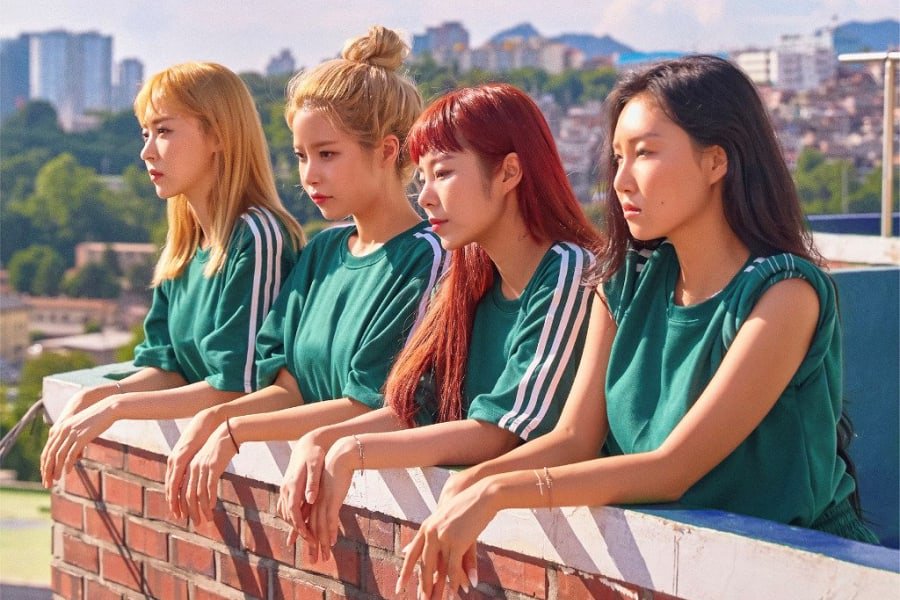 MAMAMOO’s agency has announced that the group’s upcoming concert will be postponed in accordance with fans’ wishes.

On November 16, RBW released an official statement about MAMAMOO’s “4season F/W” concert, which was originally scheduled to take place on December 15 and 16.

Kiel Tutin is a dance choreographer that took part in the choreography of BLACKPINK’s “DDU-DU DDU-DU” and Jennie’s recently released solo track “SOLO.” He was a part of a workshop held by X Academy, YG Entertainment’s new dance academy and training center, and recently attended BLACKPINK’s Seoul concert.

Jin purchased a villa in Seoul’s most expensive apt building (Hannam the Hill-aka BTS’ dorm) in March for ₩1.9B ($1.69M) in cash without any loans. He purchased a room in the building but live w the BTS members in a larger space in the building. Market price ₩6B($5.32M). pic.twitter.com/94cSS6jIMR

Omona, what is the biggest purchase you've ever made?

#Yena: When I was younger, I was diagnosed with lymphoma childhood cancer so I was really sick to the extent that even the hospital told (my parents) to give up. Due to family circumstances and hospital bills, my parents sold kimbap everyday early in the morning.#IZONE #아이즈원 pic.twitter.com/EkqNqjdvHp

Though Jo Kwon’s career is currently on hold, LGBT fans cannot thank him enough for his support for the LGBT community on Twitter.

The singer is currently serving in the military after enlisting earlier this month to fulfill South Korea’s mandatory military service requirement, but his online presence is stronger than ever. This is due in large part to his willingness to voice support for sexual minorities -- a rare bold move in the K-pop world.

In one of the recent tweets on his rainbow emoji-filled page, which has more than 1.2 million followers, Kwon quoted two Bible verses: “You judge according to the flesh; I judge no one” and “Above all, love each other deeply, because love covers over a multitude of sins.” 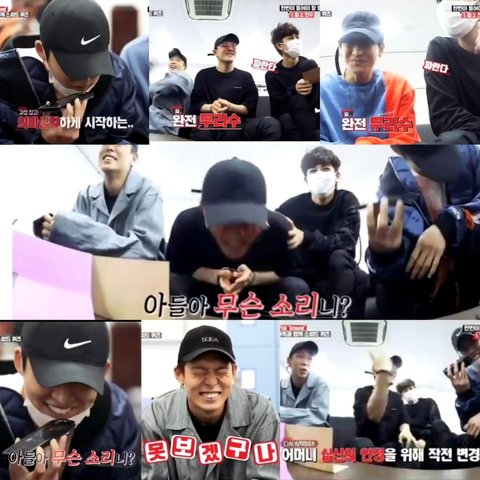 iKON has recently come under fire after an iKON fan posted a video clip and subtitles from the ‘iKON GROUND’ portion of their Japanese ‘SUMMERTIME’ DVD on Twitter (OP note: tweets have since then been deleted). As a part of a game attempting to get her to say ‘heol‘, the clip shows BI calling his mother and playing a “prank”, coming out to her as gay as the rest of the members go into hysterics due to the apparent amusement of the prospect.

This happened a week ago but hasn't been posted yet. 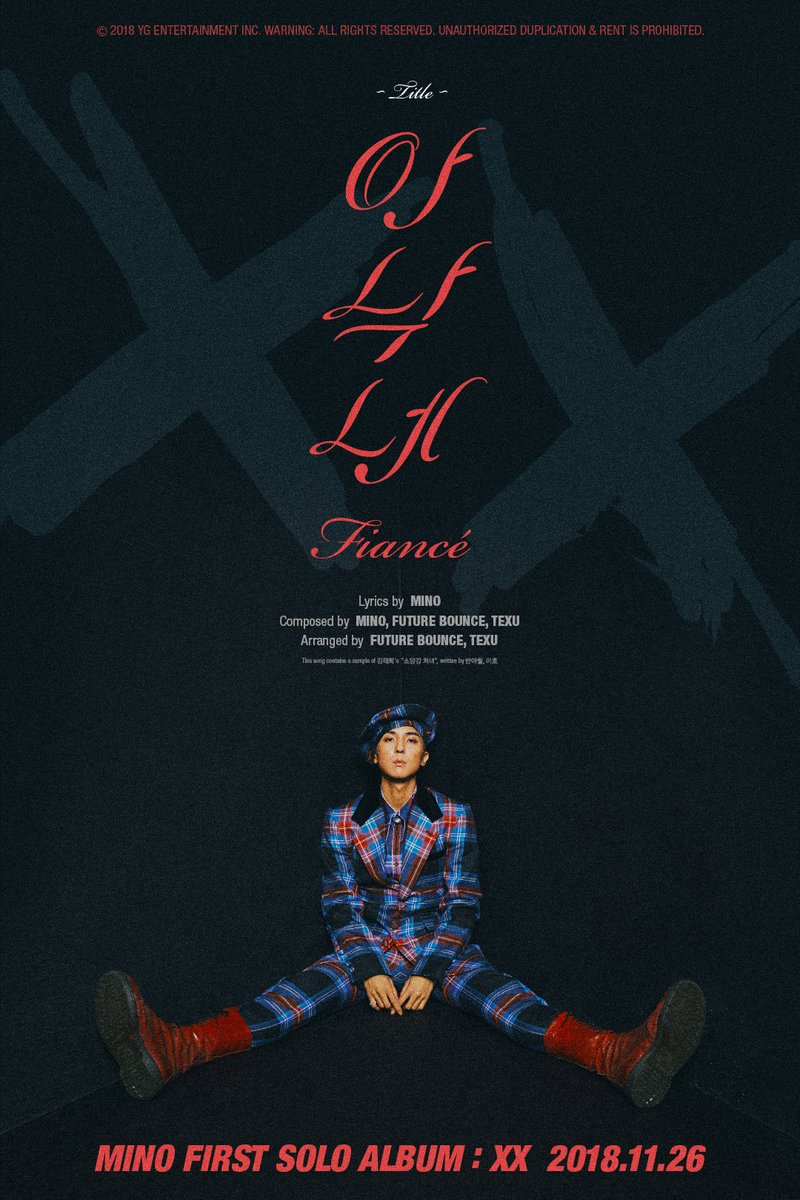 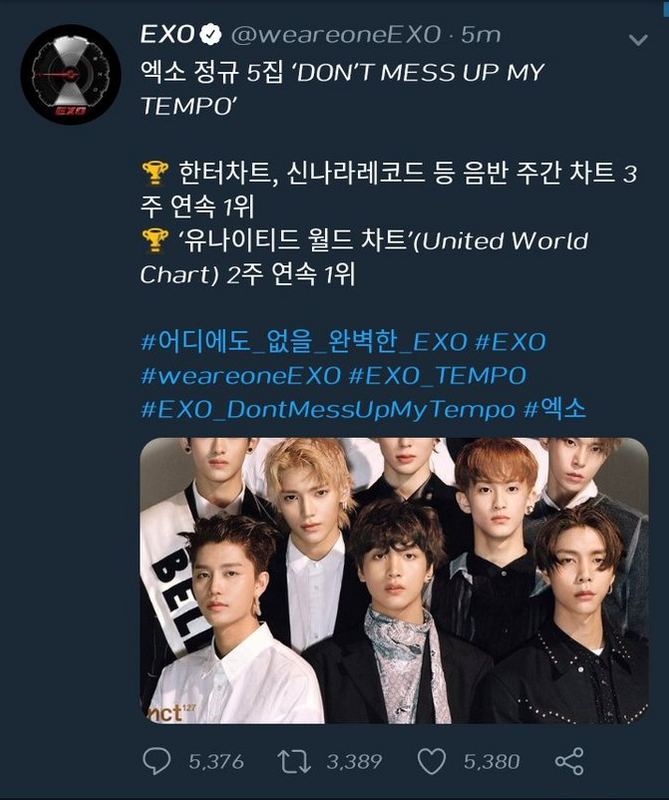 They have since deleted and uploaded the correct picture. 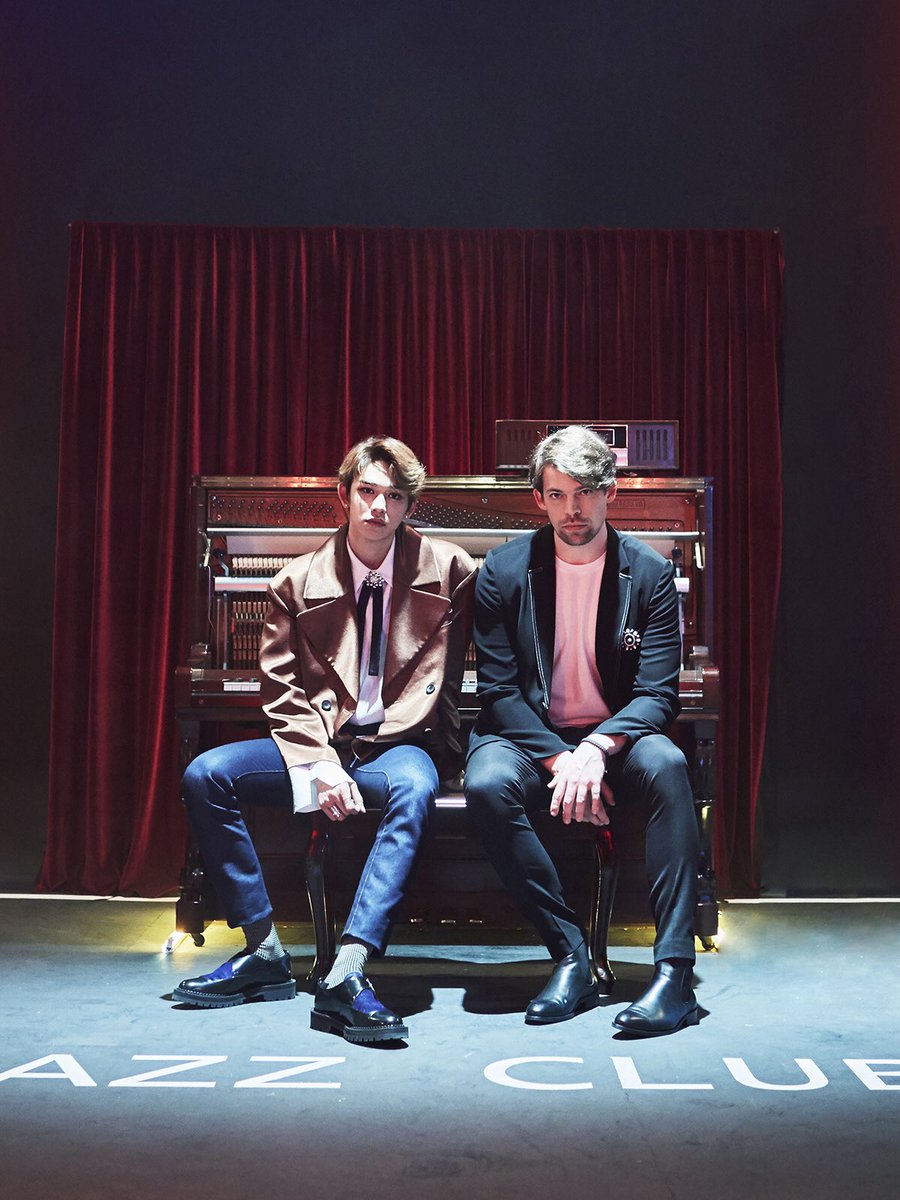 Jonah Nilsson of Swedish band ‘Dirty Loops’ and LUCAS of NCT will drop the song ‘Coffee Break’ as the first artists up for STATION 3, so stay tuned!

The choreo flows so nicely! 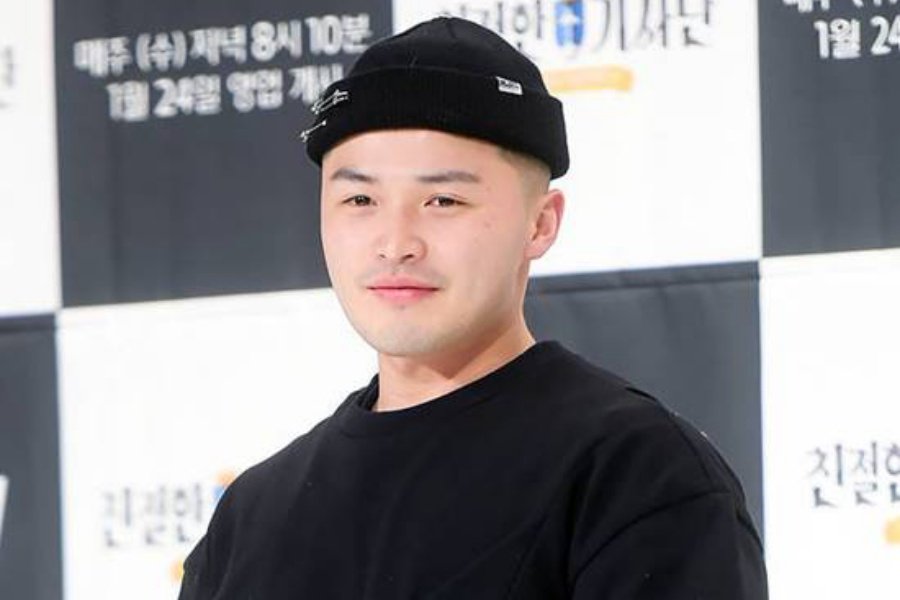 Someone posted a story online (since deleted) claiming that rapper Microdot’s parents committed fraud and then ran away to New Zealand. The detailed statement from the writer — who said they were a victim of Microdot’s parents 20 years ago and that they wanted to receive an apology and to exact legal punishment — gained traction online, which led to a firm response from Microdot expressing intent to take legal action.

Rapper Microdot has stated through his agency that he will be taking legal action against those spreading rumors about his parents committing fraud online.

Quick summary of Golden Horse Awards controversy and why Chinese celebrities are making the same post on Weibo: Golden Horse Awards are the most prestigious film awards ceremony of the Chinese-speaking world and organized by a Taiwanese committee and held in Taiwan, most recently on 11/17/2018.

Director Fu Yue won an award for "Best Documentary" for film "Our Youth in Taiwan". She is viewed as pro-Taiwanese independence, which is a very controversial topic in mainland China. During her acceptance speech, it seemed like she openly advocated for Taiwanese independence. Chinese state-run newspapers and organizations instantly made posts on Weibo that rebutted his speech, including People's Daily, Communist Youth League, etc. Many top Chinese celebrities like TFBoys, Fan Bingbing, Angelababy, Zhang Yixing, Lu Han, Kris Wu, Dilireba, and more reblogged the posts that state-run media made. That includes GOT7 Jackson, EXO Lay, f(x) Victoria, WJSN Cheng Xiao, Mei Qi and Xuan Yi, Pristin Kyulkyung, Seventeen The8 and Jun. (couple of screenshots)

Essentially, every relevant celebrity is making Weibo posts on the matter in support of the government.

All posts were made simultaneously, which makes me think - no matter what personal stance they have - the government probably influenced this... When you are trying to have a career in China it's damned if you do, damned if you don't...what do you think about this Omona? 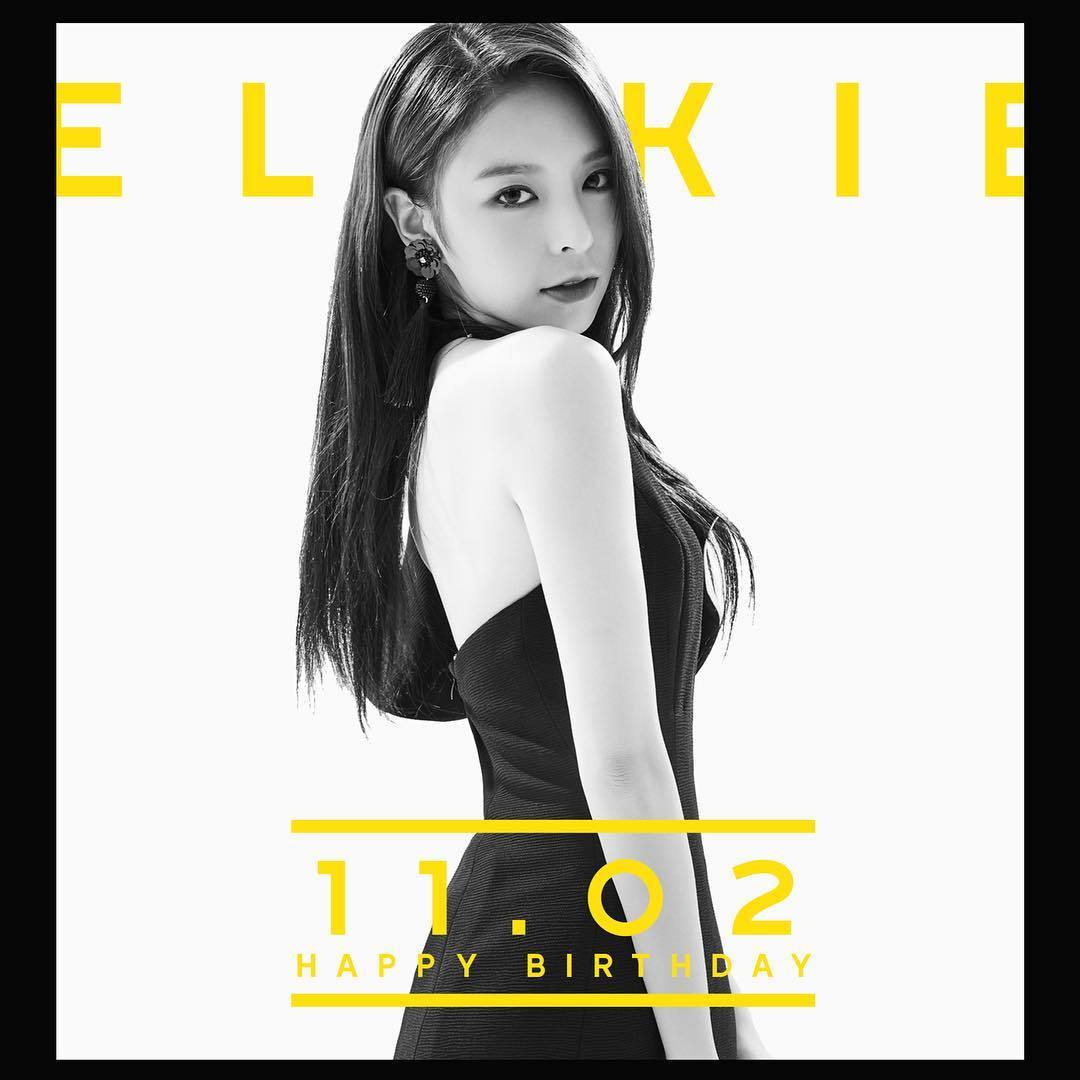 CLC’s Elkie is set to showcase her talents as a solo artist!

On November 20, it was reported that the CLC member will be releasing her first solo digital single album on November 23. Cube Entertainment confirmed the news and stated that she is currently busy wrapping up preparations for the single album.

CLC made their debut in March 2015, and Elkie and Kwon Eun Bin joined the group in 2016. They have received love from their fans through album releases like “CRYSTLE,” “FREE’SM,” “To the sky,” and most recently, “Black Dress.” Elkie recently appeared in the MBC drama “The Rich Son,” where she played the role of Mong Mong.

Are you excited for Elkie’s upcoming solo release?

Watch the full ep on vlive

Loona dancing to Thanks omg love 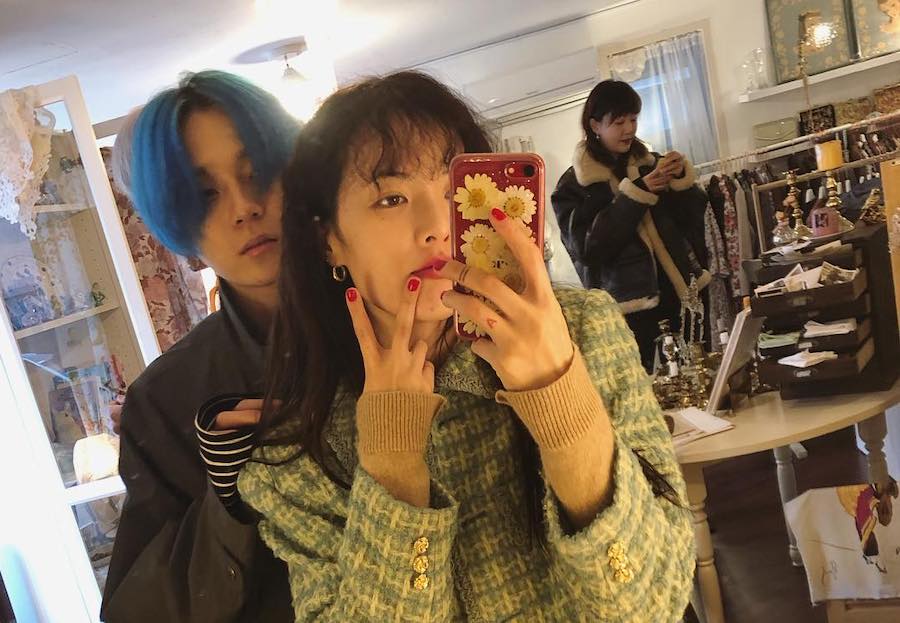 On November 20, HyunA and E’Dawn appeared in a casual Instagram Live broadcast together.

E’Dawn began the live broadcast on his Instagram account while in the car with HyunA and some other friends. Although he was awkward at first, HyunA helped him get over his difficulties with the unfamiliar format. After playing around a bit, HyunA asked E’Dawn to name the 5 things he liked about her.

When he picked her big eyes, she asked if they weren’t scary and he affectionately replied in the negative. He then picked her good appetite. 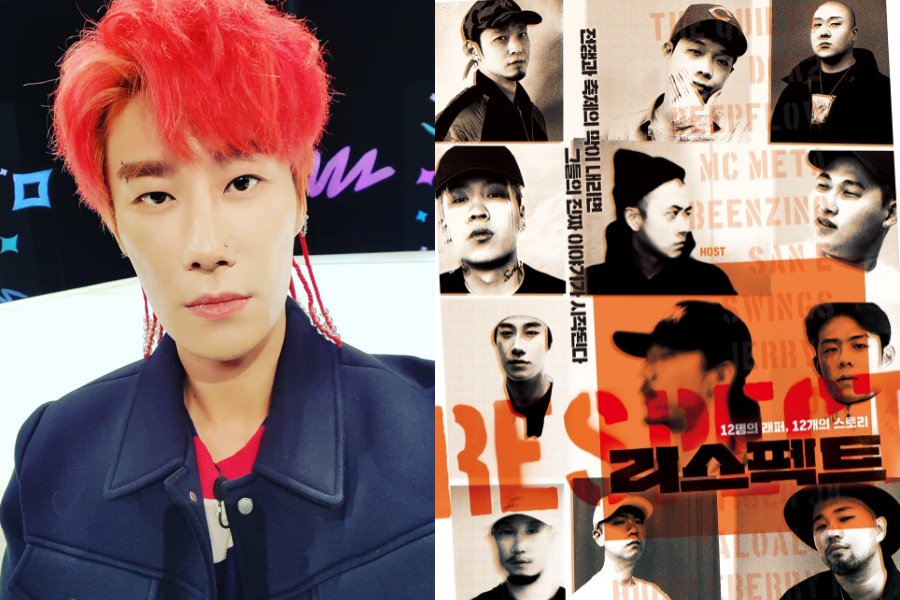 Rapper San E’s appearance at an upcoming event for the documentary film “Respect” has been canceled.

“Respect” is a hip hop documentary that will feature appearances by The Quiett, Doki, Deepflow, MC Meta, Beenzino, San E, Swings, Jerry.K, JJK, Tiger JK, and Paloalto. The film is set to have a Guest Visit (GV) event, where the cast will sit down to share behind-the-scenes stories, on November 30 and it has been announced that San E will no longer be attending the event.

A source from “Respect” stated, “San E was originally planning on attending the event, but his appearance has been canceled.” San E’s agency also confirmed the cancellation. A GV event is usually an opportunity for the cast to share stories about the film, but with so much conversation surrounding San E and his recent feminism controversy, both sides came to the agreement that it would be better if he canceled his appearance to keep the focus of the conversation on the film. Instead, Swings, Deepflow, and The Quiett are among those who will be in attendance. 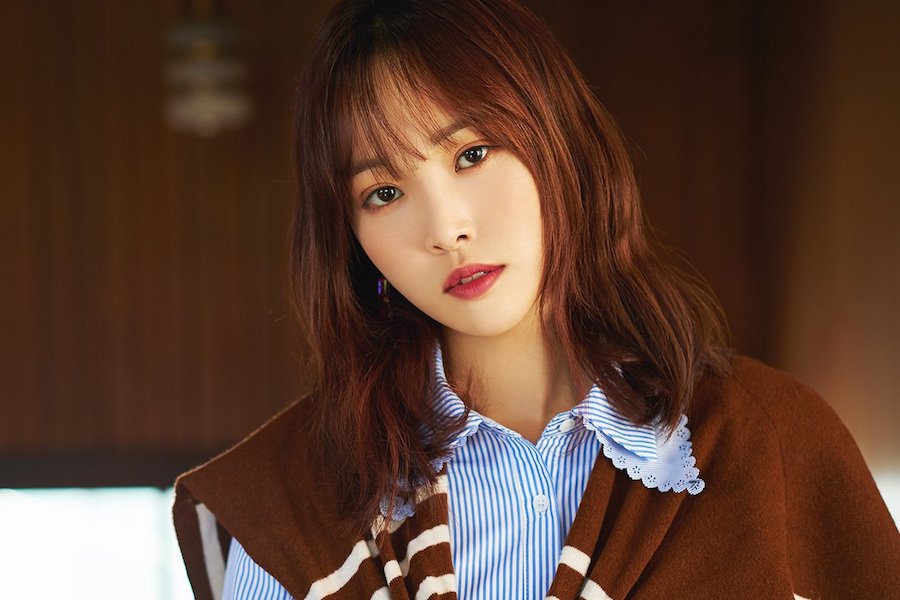 Yuju last participated in a scheduled activity with GFRIEND on October 27 and has been absent from all following activities.

Many fans expressed concern over her whereabouts, with rumors of her going missing even spreading via social media and online communities.

In response, the group’s agency Source Music assured, “There are no issues with the safety of member Yuju,” and added, “[The reason] will be revealed soon.”

Any buddies who know more?

the title track to key's first album, "센 척 안 해 (one of those nights)", is an r&b song with an emotional acoustic guitar melody and a house rhythm. the lyrics are said to revolve around someone acknowledging their fragile heart after breaking up with someone they love. 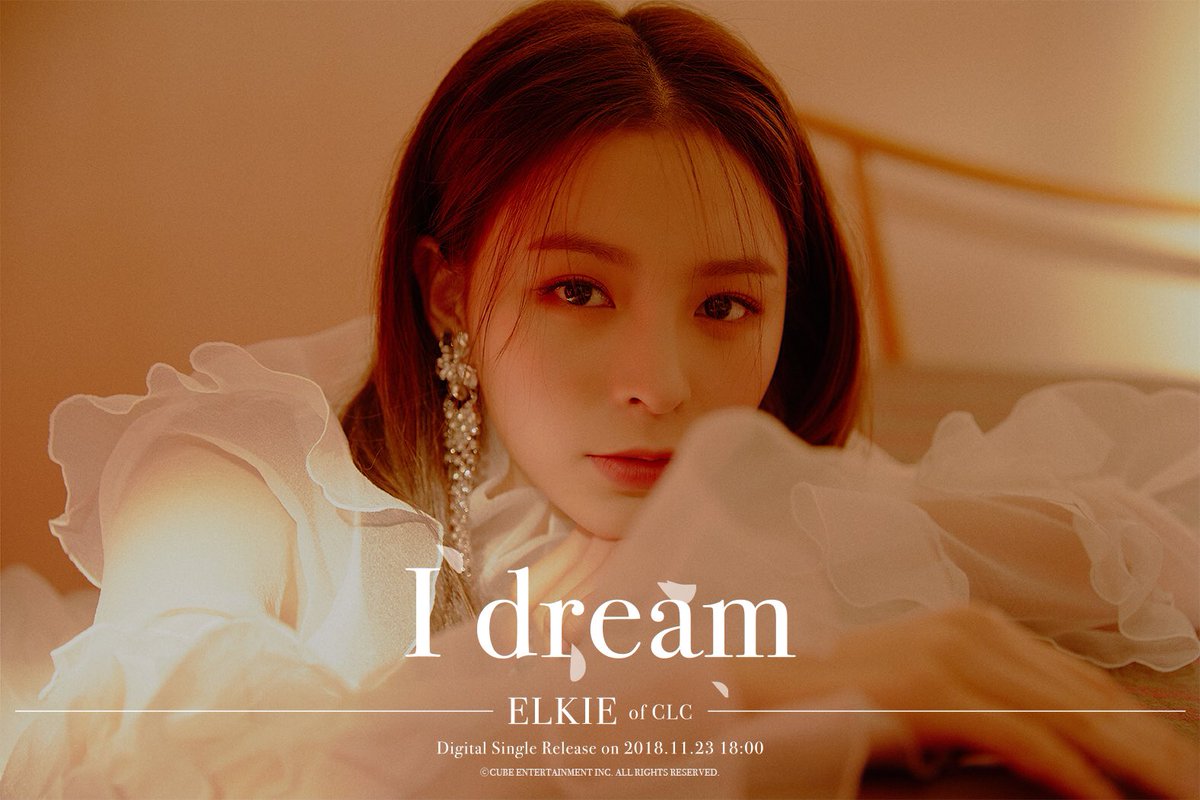 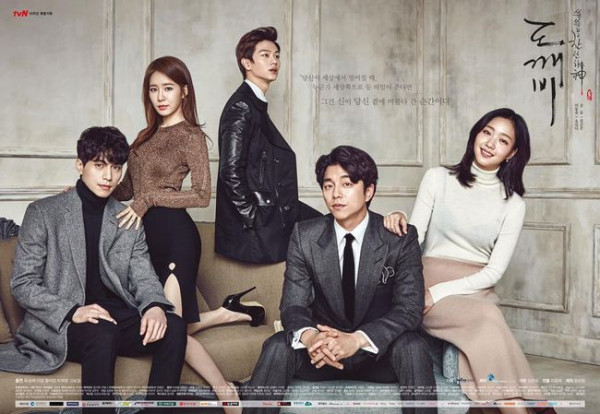 Was it fate or simply coincidence? That is the question on people’s minds after the winning numbers for the Taiwanese lottery was announced and left four people more than a million dollars richer. However, the good fortune is not what is catching netizens’ attention. Rather, it is a connection with the 2016 drama “Goblin” (also know as “Guardian: The Lonely and Great God”).

In response some fans of the show have assigned special meaning to the connection, saying it was fate. 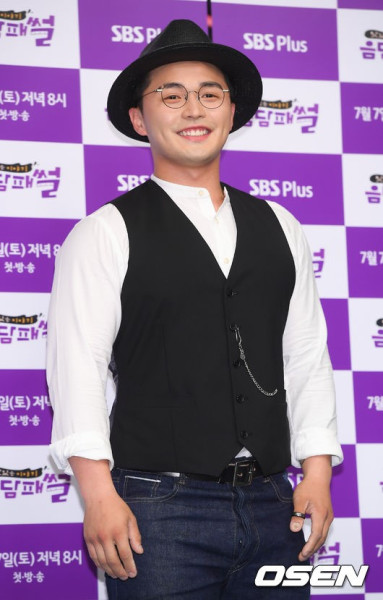 Rapper Microdot has admitted that the rumors about his parents having committed fraud are true, and said he will take responsibility and apologize to the victims.

On November 21st, Microdot announced, “Although I know it is too late, I will meet every single person that was affected by my parents’ actions and apologize to them face to face”.

Earlier this week, Microdot was in hot water after several sources said they had been affected by the rapper’s parents’ fraud years ago. According to their claims, Microdot’s parents, who used to work in stock farming in Jaecheon, Chungcheongbuk-do Province, took money from their neighbors and fled to New Zealand.

With Station Season 3 coming up next week here's some of the tracks that might have slipped through the cracks and deserve another listen!

( Collapse )
source:
SMTOWN < this links to the playlist that features all of the SM Station Content! | Various Artist Youtube Channel for Jjong

I think a lot of people (not here) sort of lost the plot with season 2 and didn't fully embrace a lot of the experimental/non-SM artists releases, they were especially rude to the MJ tribute artists. Hopefully for Season 3 people will approach it with a more open mind.

Any from the non-big gun artists I missed? Or your faves in general?

This came out during her promotions for 'April Fools', but I wanted to post it because she's so charming and entertaining in the 'interview'. Also, Vernon makes a small cameo as her phonecase cover haha

They are the models for the "Black Angus Steak Pizza", which I would like in my tummy now please and thank you.


Oh the outtakes are so cute! Naeun brought her backpack lol! 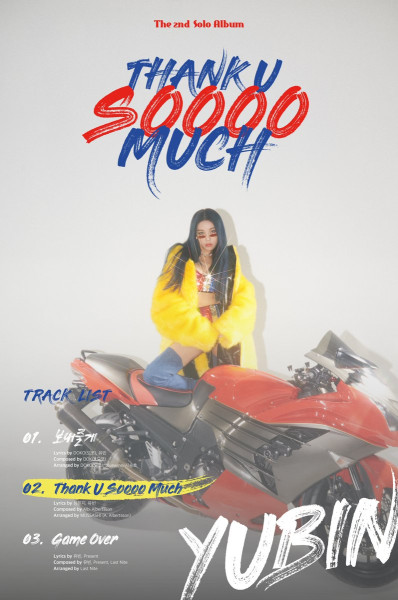 the group was first teased, like...... a year ago, before FNC mysteriously stopped updating on them

source: Cherry Bullet official twitter (links to other social media can also be found there)

I believe Produce 48 contestant Park Haeyoon was confirmed to be a part of this in earlier news?