However, the number of members, and the group's concept will be announced ahead of the group's official debut once finalised
https://t.co/pAq5CNvrJ3 https://t.co/GUKVQZQJjX

I love casual Seventeen. Their team dynamic is so naturally fun! The zombie game is always a riot, no matter with which group I watch it.

HyunA and E'Dawn to make their first public media appearance and will attend their first brand event in Apgujeong as a couple since leaving CUBE on November 29th
https://t.co/MOkNKH5gJv pic.twitter.com/00j67gFZET 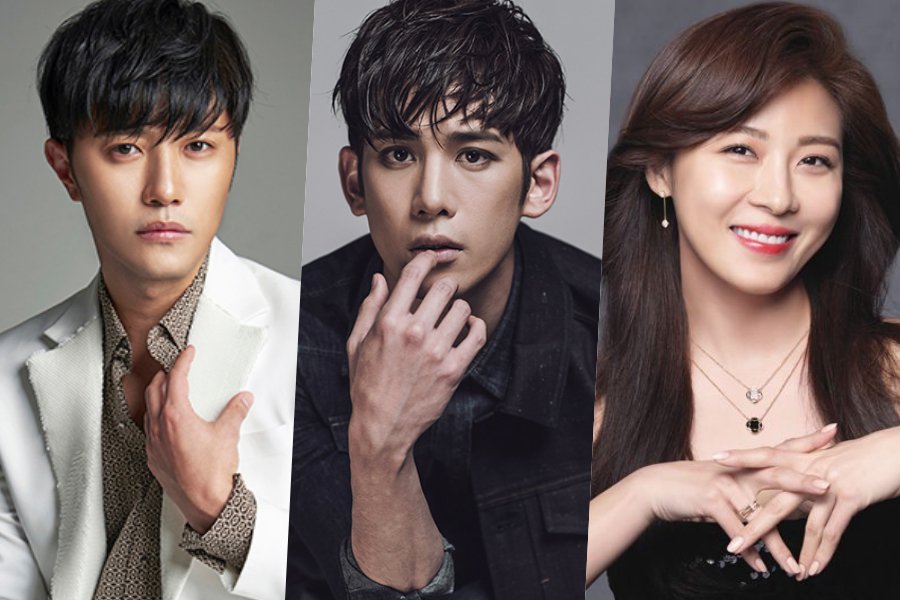 Ha Ji Won, the actress who was going to play the lead with Jin Goo, confirmed her dropout in October. Previously, Ha Ji Won’s agency did not share any specific detail when they confirmed that she will leave the drama.

In addition to Jin Goo, Park Ki Woong, who is managed by the same agency as Ha Ji Won, also confirmed that he will not participate in the drama today.

Antenna uploaded all the songs on their YT channel, so click play in good conscience and support Sam (and his cat) with some coins! What are your favorite songs?

Although Joo Ji Hoon received love calls from multiple agencies due to his success in 2018 with films such as “The Spy Gone North,” “Dark Figure of Crime,” and the “Along with the Gods” series, the actor chose KeyEast as his agency.

KeyEast’s management representative Hong Min Ki stated, “Joo Ji Hoon, who has been with KeyEast since 2011, conveyed his intentions on renewing his contract even before its expiration date. We’d like to express our feelings of gratitude to Joo Ji Hoon, who decided to stay with KeyEast despite receiving much attention from the industry, and his trust and loyalty. As partners who know each other very well, we will give our full support in order for both of us to do well.” 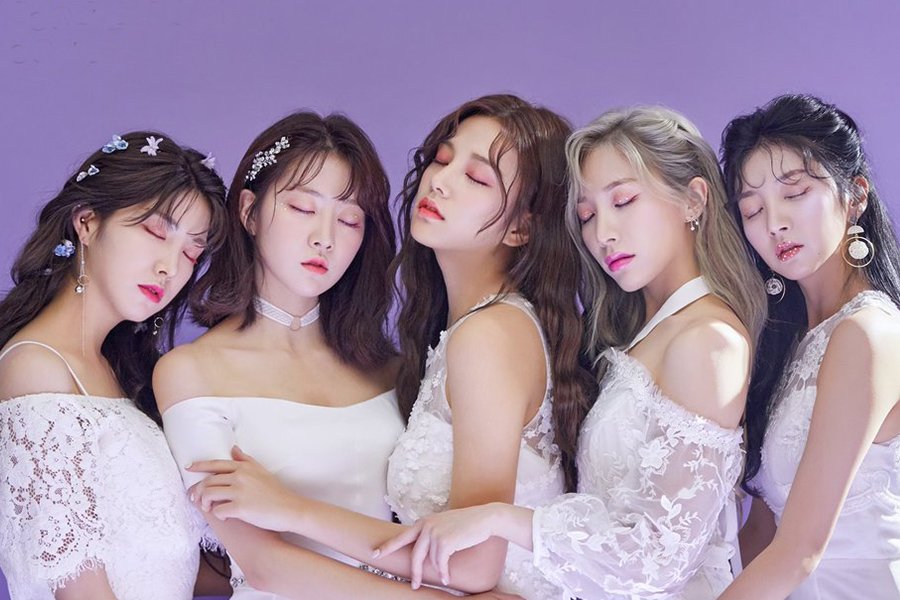 LABOUM will be making a comeback next month!

On December 6, the girl group will be releasing their sixth single album “I’M YOURS” through various music streaming sites. Previously, the group had showcased a matured image with their fifth single album “Between Us.”

LABOUM recently released their debut Japanese single “Hwi Hwi” in November and was able achieve a No. 9 rank on the Oricon charts. The members have been in active in drama OSTs, variety shows, acting endeavors, and other activities.

On November 27, a source from MBC stated, “Producing director Park Jin Kyung is preparing ‘My Little Television Season 2’ with the goal of airing it in the first half of next year. The broadcast schedule and other specific details have yet to be decided and are currently in discussion.”

“My Little Television” aired its first season in April 2015 and ended in June 2017. The variety show followed celebrities from a diverse range of fields as they created content for live broadcasts, which aired both on the Internet and on television with additional behind-the-scenes content.

Did you watch the first season?

The group’s album “1¹¹=1 (POWER OF DESTINY)” was released on November 19. It sold out in stores both online and offline, raising complaints from some fans who were unable to purchase it. After seven days since its release, the album sold over 438,000 physical copies as recorded on Hanteo.

South Korea became the first country in East Asia to legalize medical cannabis, marking a significant milestone in the global industry and a potential turning point in how the drug is perceived in traditionally conservative societies.

The country’s National Assembly voted to approve amending the Act on the Management of Narcotic Drugs to pave the way for non-hallucinogenic dosages of medical cannabis prescriptions.

Medical marijuana will still be tightly restricted, but the law’s approval by the central government is seen as a breakthrough in a country many believed would be last – not among the first – to approve any use of cannabis, even if it is just low-THC to start.

This episode aired on 11.18.2018. It's the final part of the show's anniversary. Team Jeju are all so freaking cute and they spend their last day with animals on the island. Team Paketu finishes their trek up the mountain and get a glimpse of Heaven Lake. The boys also get to visit an animal too.

Edit to add the last clip, I missed it earlier.

(Full video, that shows a massive dust storm under way in Beijing that is covering them in brown dust and reached Korea today.)

Toxic ultrafine and yellow dust from China will blanket the Korean Peninsula throughout Tuesday. The smog is expected to worsen as the day progresses, as the western regions will be affected by yellow dust and high concentration of smog later in the afternoon. 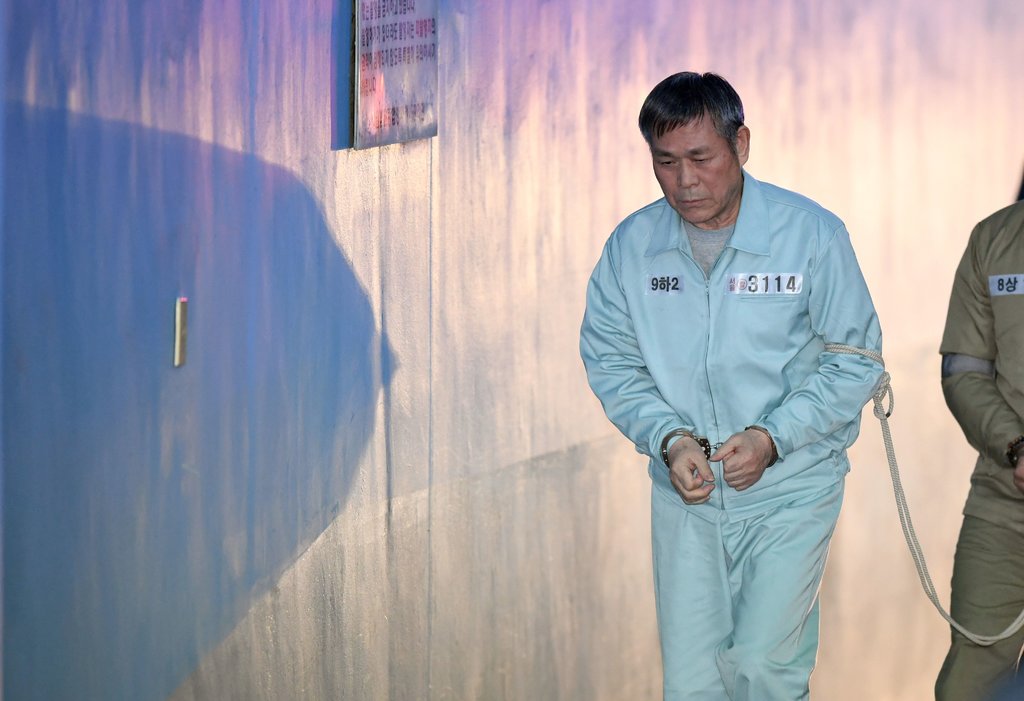 A prominent church pastor whose behavior came under scrutiny when the #MeToo movement took hold in South Korea was sentenced Thursday to 15 years in prison for “habitually” raping female followers who said they were deceived into believing that he was God.

Lee Jae-rock, 75, the founder of Manmin Central Church in Seoul, has been dogged by allegations of extortion, fraud and sexual abuse for decades, and mainstream Christian groups have accused him of leading a cult. But it was not until the #MeToo movement caught on in South Korea early this year that Mr. Lee was arrested.

In other news, Jung Myung Seok, the founder of one of South Korea's largest and best-known cult Providence/Jesus Morning Star was released from prison earlier this year after serving a 10-year sentence for the rape and sexual assault of four female followers. (Read more about the cult here and here)

A coalition of progressive civic groups plans to hold a major demonstration on Saturday over what they called the Moon Jae-in administration's anti-labor policies and failure to bring justice to corrupt elites.

The organizer said Tuesday that about 45,000 protesters will join the largest anti-government rally since Moon's inauguration in May 2017, which will be held in front of the National Assembly complex in Seoul.

The coalition encompasses more than 50 NGOs, including the Korean Confederation of Trade Unions, which organized a nationwide solidarity strike involving some 90,000 members last Wednesday.

Announcing the plan in a news conference, they denounced the liberal Moon administration for stepping back from its initial pledges ranging from curbs on chaebol's unfair dominance and political reforms to better protection of labor rights. 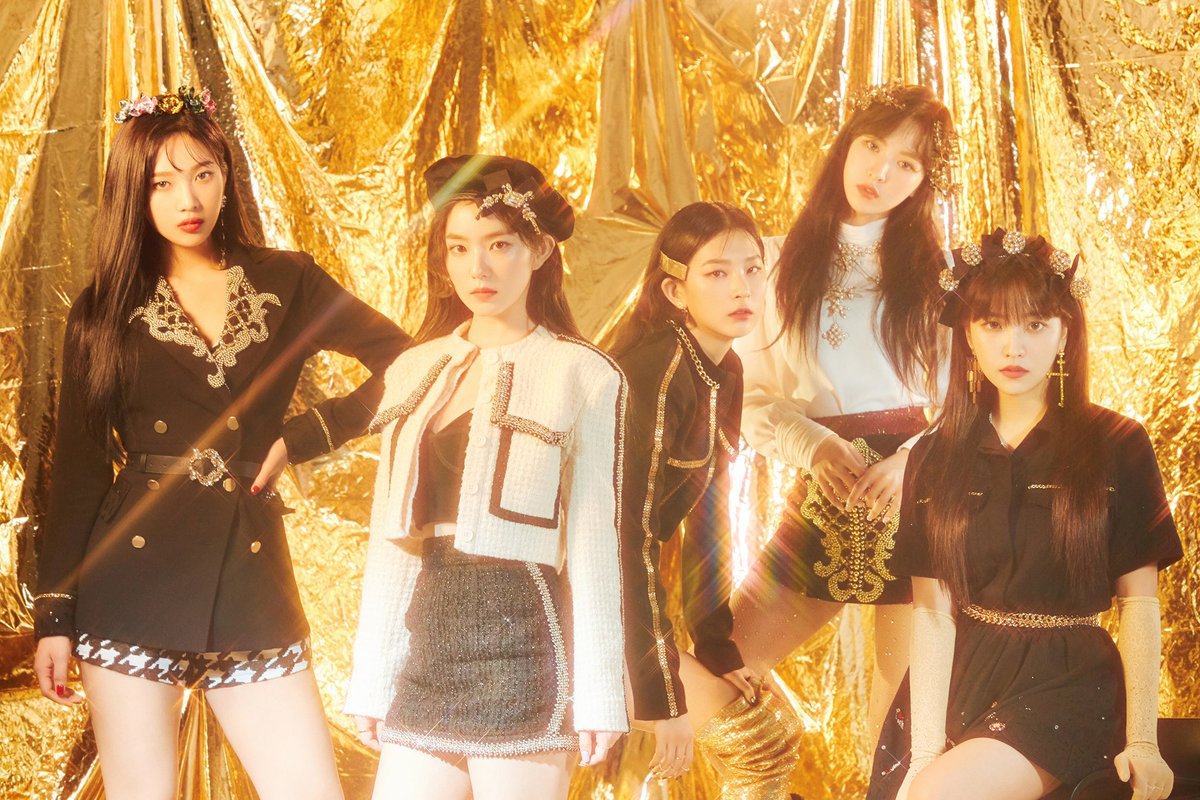 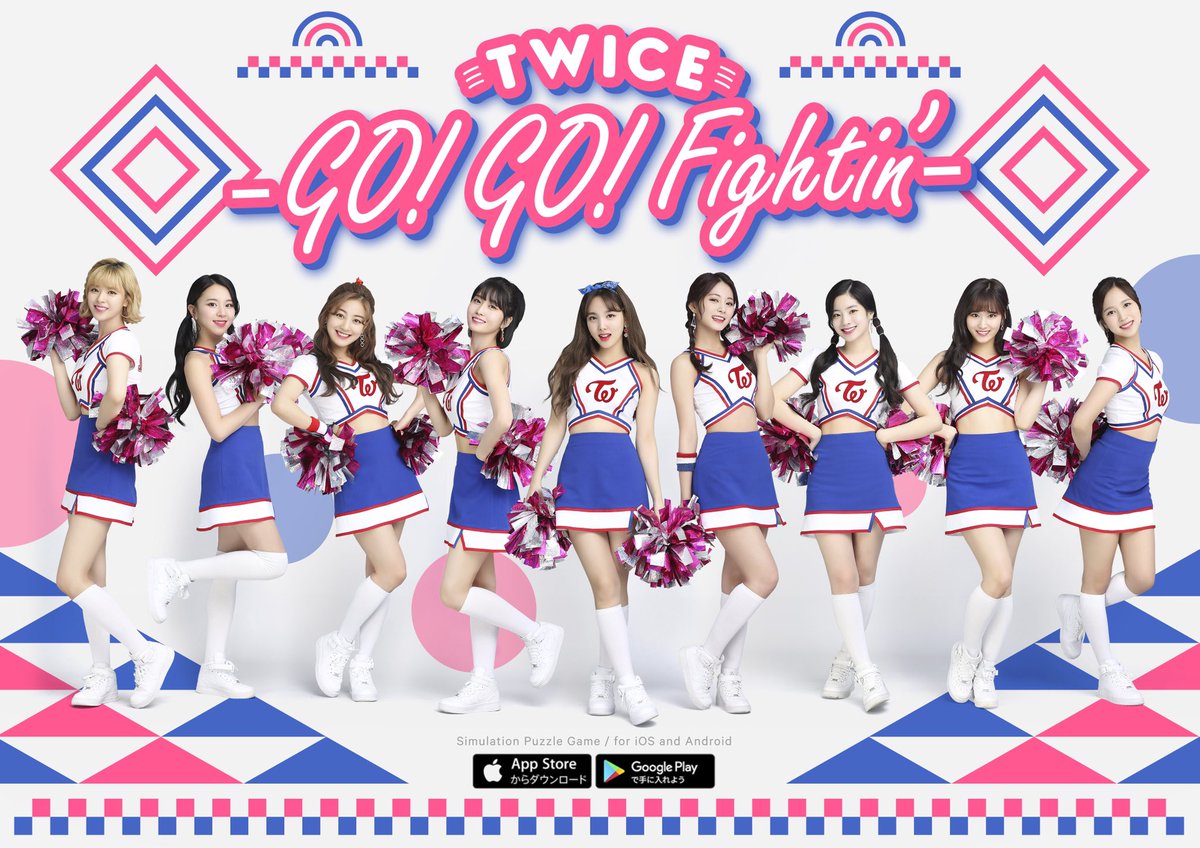 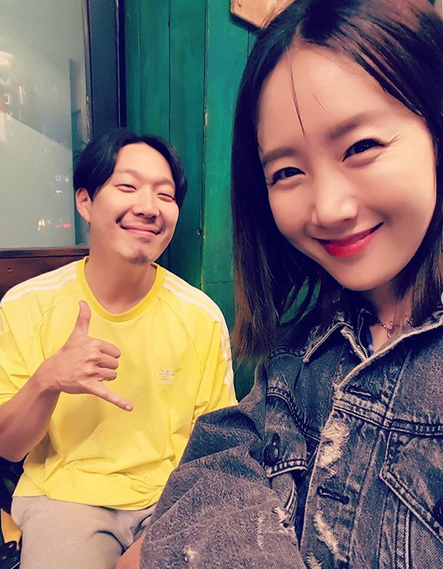 On November 26 broadcast of JTBC “Please Take Care of my Refrigerator,” singer Byul appeared as a guest with actress Han Eun-Jung.

Byul had recently released a new track “Distance” and made her long-awaited return to the industry. The singer began, “many people seem to search for my voice when it gets colder. I’m so thankful for that. After putting many hours into preparation, I’ve finally made my comeback.”

While looking into her refrigerator, the hosts mentioned her husband, HaHa. They said, “in the past, you surprised everyone by announcing to marry HaHa. It was the talk of the town for days.” In response, Byul revealed how her husband proposed to her.

izone came back to korea and fans were causing chaos. security god tried really hard to not toss some bodies up into the night sky

security-nim: are we the only ones protecting them? aren't they your artists? is this how you're suppose to act? and you call yourselves fans? pic.twitter.com/PDorhpHok1

TVXQ will release special album 'New Chapter #2: The Truth of Love' on December 26, their 15 year anniversary and hold a fan meeting on the same day 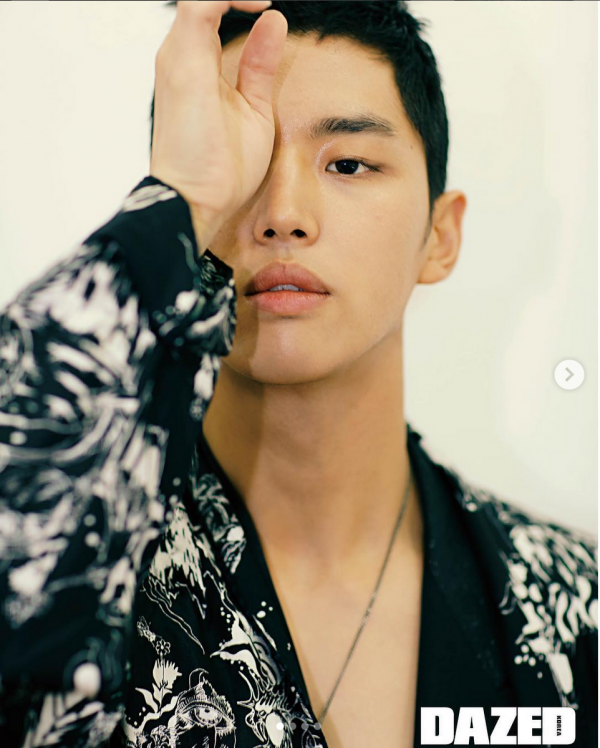