"My Strange Hero" is an odd but warm romance about a character named Kang Bok-soo, played by Yoo Seung Ho, whose name “Bok-soo” means “revenge” in Korean. In his high school years, he is wrongfully accused of committing assault and is expelled. Years later, he comes back to school to take his revenge on all the people who wronged him, including Jo Bo Ah’s character. Jo Bo Ah plays Sohn Soo-jung, Kang Bok-soo’s first love, who ends up at their old high school in a temporary teaching position in their adult years.

Kwak Dong Yeon plays Oh Se-ho who is described as having a smiling face and a gentle personality. However, the character develops an inferiority complex and a love-hate relationship with Kang Bok-soo. In their youth, Se-ho struggled as a student, but Bok-soo always seemed to be happy and without problems. In his adult years, Se-ho joins the story as a member of the school board. Kim Dong Young will play Kang Bok Soo’s best friend of nine years and the CEO of “Your Request,” and Park Ah In will be Kang Bok Soo’s friend Yang Min Ji.

Yes you are seeing it correctly Chanyeol has glittery tiddies AND is wearing a romper. Kai is also doing his best EXID cosplay this comeback.


Changsub wrote the lyrics for all of the songs in this album and co-comnposed half of it. All songs sounds wonderful! I'm so excited for this!


“Younger” is a drama that tells a story of a single mother in her forties, who faces an unexpected divorce. As a result, she pretends to be a younger woman to secure a job to provide for her and her children.

Jin Goo and Seo Eun-Soo have confirmed star in JTBC’s upcoming drama “Legal High,” a remake of Japanese drama series of the same name. (A follow up to this post)


“Legal High” first aired in 2012 on a Japanese channel Fuji TV. It is a comedy drama with background set in a courtroom, featuring a passionate lawyer named Komikado Kensuke, who is willing to do everything he can to win cases. It also features another character named Mayuzumi Machiko, a hard-working rookie lawyer with a strong sense of justice. 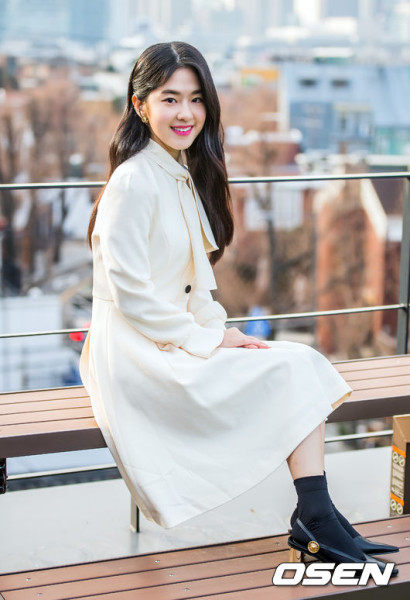 On December 10, actress Park Hye-Soo held an interview to talk about the new film “Swing Kids” for which she had starred in as the female lead. The actress begun, “when I saw it for the first time, I could only focus on how I appeared in the film. But, my third time seeing the film, I could relate to director Kang Hyung-Chul’s take on incorporating humor into a subject that could seem rather painful and tragic, so I enjoyed the film rather thoroughly.”

She continued, “I think this film will linger in my heart for a very long time. Including our director, the set itself warmed my heart. I felt like dreaming, seeing all these people hard at work, trying to make the best film possible. I’m glad that the product, despite what the numerical results may be, reflects our hard work that we had put in. I’m thankful and honored to be a part of such a great production.” 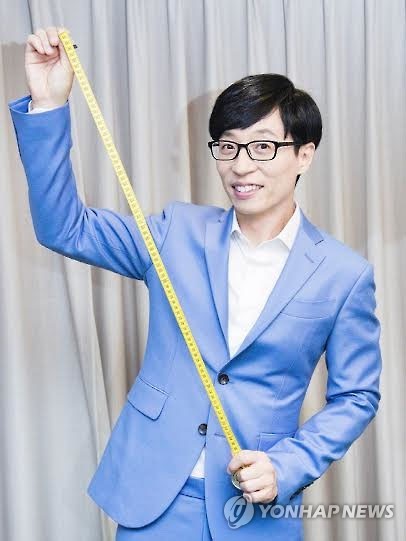 Gallup Korea ranked entertainer and MC Yoo Jae-suk as the top performer in comedy in South Korea for the seventh straight year. 33.4 percent of the 1,700 men and women polled nationwide (excluding Jeju) said that he was the most active entertainer and funny-man of 2018. Gallup ran the poll from November 7 to 30, and all participants were over 13 years of age.

Currently, Yoo is active on all three of Korea’s most prominent public networks. With MBC, he was a main cast member on “Infinite Challenge,” which ended this year. Additionally, he is apart of the SBS programs “Happy Sunday,” and “Running Man” and returned to KBS3 for the third season of “Happy Together.”

No surprise, he isn't called "the nation's MC" for no reason. It was a good year for Narae. 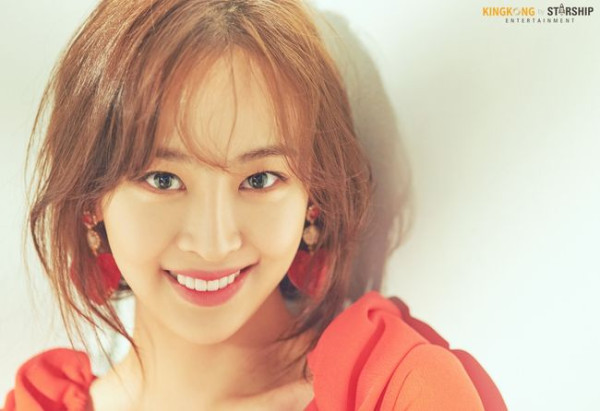 On December 10, King Kong by Starship Entertainment reported that Kim Dasom has confirmed to appear in tvN’s upcoming romantic comedy “Psychometric Guy” (literal translation). The actress will take over one of the supporting roles, and work closely together with GOT7’s Jinyoung and Shin Ye-Eun. 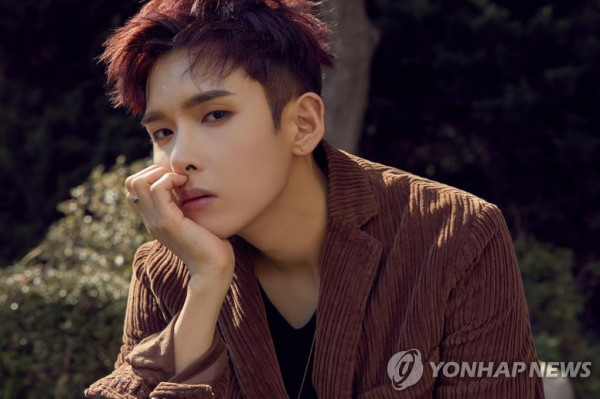 The management agency of K-pop boy band Super Junior's Ryeowook said Monday he will delay the release of his new solo album due to health reasons. Having completed his mandatory military service early in the year, Ryeowook initially planned to drop his new solo album, "Drunk on Love," on Tuesday. The release, however, has been pushed back to Jan. 2 next year, according to Label SJ.

Returning from his trip to perform at a music festival in Bangkok early Monday morning, Ryeowook complained of high fever and was diagnosed with Influenza A, Label SJ said. Doctors ordered him to rest in quarantine.

The management agency factored in the need to protect Ryeowook, as well as the possible risk of contagion, when deciding on the delay, it said. "We ask for kind understanding from Ryeowook's fans, who have been eagerly waiting for his solo comeback," the agency said.

A post shared by HYOLYN of bridʒ 🇰🇷 (@xhyolynx) on

so cute! I miss sistar so much.

I don't know where this video is from (I guess YG recorded it for different media outlets to use), but I stumpled upon it on Youtube It's from The Hollywood Reporter. The interview is completely in english.

MMO Entertainment says Wanna One Yoon Jisung has not received his enlistment notification yet, but is thinking about enlisting in 2019

Agency responded with “Those who were born in 1990 are still enlisting, and Yoon Ji Sung was born in March of 1991. It’s expected that he will receive his notice to report for military duty next year, and so he applied for the conscripted policemen selection examination. However, in the end he was not able to take it.”

I know he's close to enlisting anyway but I wonder if his W1 experience changed his mind about being in the ent industry and enlisting asap is easier than whatever his alternative options were. 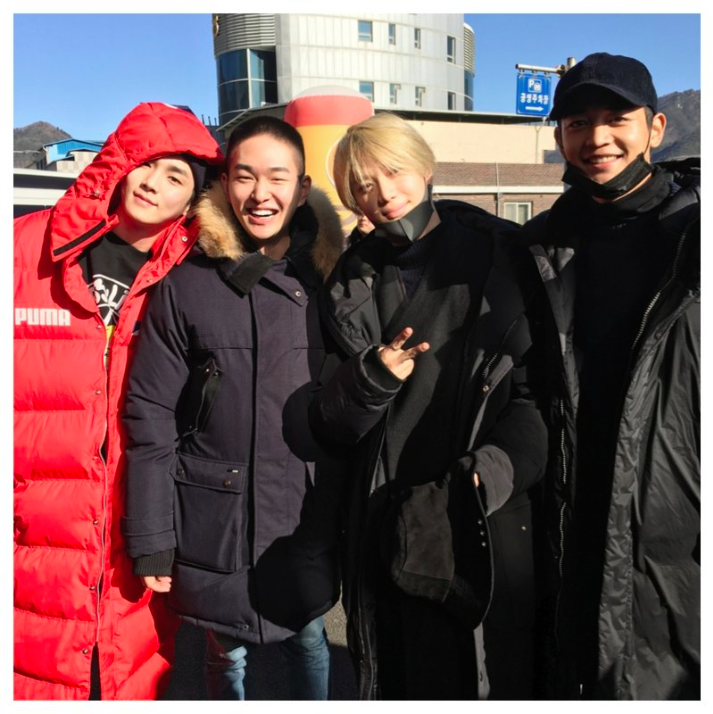 SHINee's Onew enlisted quietly today, Dec 10, with his fellow members there to see him off.

SM entertainment previously announced that they "we're not going to reveal the date and time of his entry as he wants to keep it private&quot; and further that there was no planned event "to bid farewell to his fans".

Onew is expected to return from his military service in July 2020.

I still have memories of watching Baby Diaries back then, I can't believe how long ago it was. 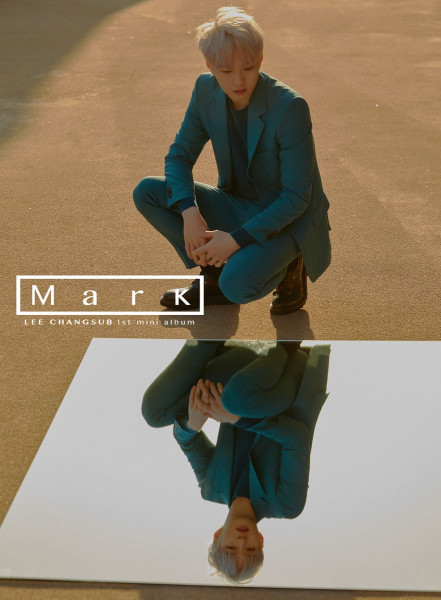 Lee Chang-sub, the lead vocalist of K-pop boy band BTOB, recently had his hair dye pale blonde for the first time in his life.

He has a once-in-a-lifetime event ahead of him: He is set to join the military on Jan. 14.

"Does it look good on me? I had my hair dyed like this because it will be gone soon," the 27-year-old singer told, with a sheepish smile, a group of reporters gathered at Cube Entertainment's office in Seoul to interview him on Monday.


Anyone going to any of the North American shows next month?


Okay so this is a 4-part series but watching this made me so happy I'm posting the first two already, whatever (the rest is uploaded by the end of the week). The dynamic between the Tom&Jerry couple doesn't get enough love tbh.

In the first video they read letters fans had sent them, mostly resulting in embarrasment of Yugyeom and to the glee of Jinyoung (that backfires in the end), but also some sincere and poignant advice from Oprah!Jinyoung that even OP herself could take to heart.

The next one is a memetastic game of pictionary that displays the combined genius(?) and terrible drawing skills of the two. I'm so glad this exist now.

(yes they are singing, too)

To global Orbits Korean Orbits got angry cause a fan of WannaOne Jisung did rude act to LOONA. The fan threw flower at Hyunjin and shout her to pass that flower to Jisung. So Hyunjin and LOONA became embarrassed
so K- Orbits are trying to spread this #윤지성팬_사과해 #윤지성

looks like coco rly played herself here. getting sued is not the way to get out of your contract.

After seven years, EXO’s D.O. is finally going on vacation!

During an interview for his upcoming movie “Swing Kids,” he was asked when he will take a break, and he happily shared, “I have good news. While working for seven years, I couldn’t go on break when my members did because I was acting. In January of next year, I will finally be taking a vacation with them.”

D.O. admitted, “I haven’t decided where I will be going yet. I don’t even know what I’ll be doing. I was always busy, so I never thought about what I would be doing on vacation.” Then he added, “I’m thinking of going somewhere. My vacation is six days. It feels like 60 days.”

D.O. also mentioned Chanyeol, saying, “He said we should travel together, but I haven’t answered him yet. I may go on a trip with my members. I’m thinking about what I can do to spend the 6 days in a valuable way.”

“Swing Kids” is a film that takes place in 1951, during the Korean War. D.O. stars as Roh Ki Soo, a rebellious North Korean soldier that falls in love with tap dancing and ends up joining a motley dance crew at a prisoner-of-war camp. It will premiere on December 19.